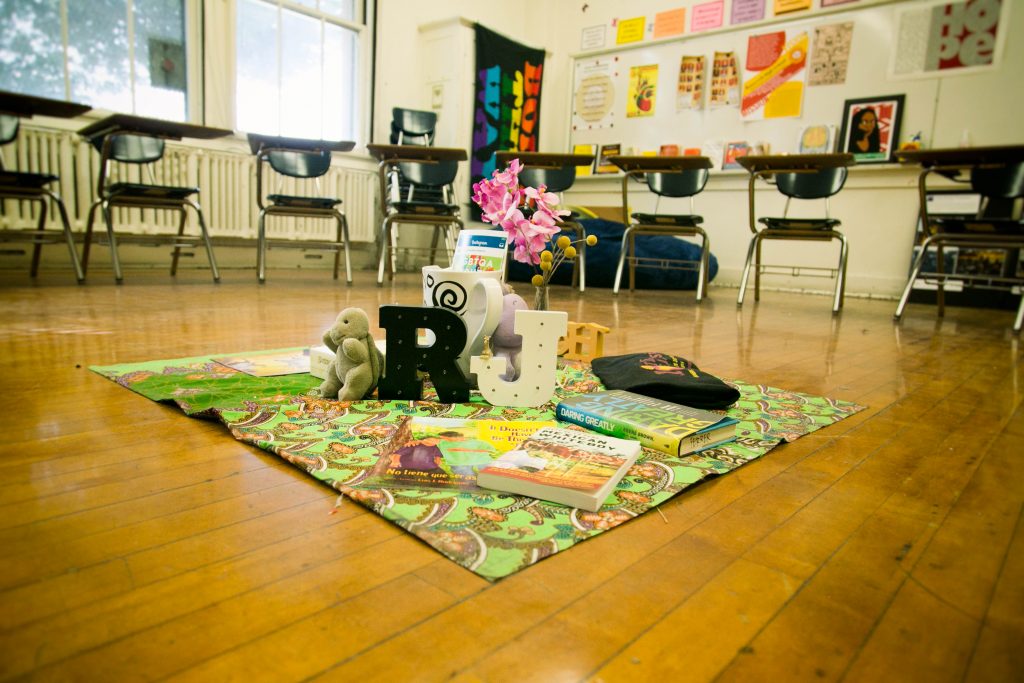 West Contra Costa Unified is looking at the sources of conflict and misbehavior on campus, then teaching students the social and emotional skills they may need to avoid violence.

In his first year in office, Superintendent Kenneth “Chris” Hurst wants to reduce the number of violent incidents, such as fights and bullying, by 20% by the end of the school year and bring down the number of incidents involving weapons by 50%. So far, the district is on track to surpass that goal and may adopt a goal of even fewer violent incidents, especially those involving weapons.

But aside from the number of incidents, Hurst also wants students to feel safer at school, and he’ll survey them about whether they feel that way.

“There’s a feeling that I get every time I hear about a fight on campus, or when I hear about a weapon: It’s a sense of nervousness,” Hurst said. “I want our kids to be safe, and our adults to be safe, and for me as a superintendent, it’s about brainstorming with community members, teachers, students and parents about what are the root causes and what do we do to address them.”

To accomplish those goals, the district is focusing on teaching students the social and emotional skills they need to respond to stressful situations. Hurst, in an interview, said those skills include social awareness, relationship building, decision-making and self-regulation.

“It’s really important that our students are finding other ways of dealing with conflict other than resorting to violence or bullying or fighting,” Hurst said. “When you think about social-emotional learning, you’re really focusing on building relationships, and making sure you’re developing those skills within your students.”

Learning these skills will reduce “maladaptive behavior” and bring about an overall more positive school climate, said LaShante Smith, director of the district’s Positive School Climate initiative. The district, in 2017, passed the positive school climate policy, which seeks to increase restorative practices in order to reduce disparities in student punishment. “Restorative practices” refers to activities like group discussions and accountability programs that serve as an alternative to traditional punishment like suspension.

“Our students come to school with some heavy needs, and not all of our students respond appropriately,” Smith said at a school board meeting last month. “But just like everything else, we must teach appropriate behavior to students who are lacking those skills.”

The effects of trauma and community violence spill into West Contra Costa Unified schools, Smith said. The district serves about 27,000 students in Richmond, El Cerrito, San Pablo and surrounding communities. About 66% of the district’s students come from families who make so little that they qualify for the federal free and reduced-price lunch program. Richmond, the largest city in the district, had a violent crime rate in 2019 of 932 per 100,000 — more than twice that of the state — according to FBI crime statistics.

Incidents of violence and weapons have been trending down at West Contra Costa Unified for several years, Smith said. During the first seven weeks of school in 2018, there were 443 violent incidents across the district. During the first seven weeks of school during this year, there were 159 incidents — a 64% reduction. Incidents involving weapons or other dangerous items were also down from 58 in 2018 to 15 in 2021 — a 76% reduction.

Despite the substantial reduction in violence and weapons, videos of fights on West Contra Costa Unified campuses have been circulating across social media. In response, some parents have called on the district to bring police back to campuses. West Contra Costa Unified was among several California districts that ended ties with local law enforcement for on-campus cops following the murder of George Floyd last year.

Hurst said he has heard from parents and community members who want on-campus cops to return, as well as those who are vehemently against it. He plans to hold community discussions on the topic before making a recommendation to the school board about whether to bring the police back.

The district’s plan of action to improve school safety includes offering clearly defined behavioral expectations at every school, as well as potential consequences students face if they misbehave. The district has a “discipline matrix” that lays out what is expected of students in order to have a positive climate in the classroom and on campus. This includes respecting others, treating people fairly, avoiding conflict and taking responsibility for one’s actions. It also includes suggested responses from school staff that differ based on severity. Those responses range from connecting students with adult allies, having students give a written or oral apology to the affected person, connecting the student with mental health counseling, etc. Though the district doesn’t have on-campus police, the discipline matrix lays out the protocol for notifying law enforcement if a student possesses specific weapons or controlled substances, or other actions required by law.

The district has been using the Sanford Harmony, Second Step and School-Connect curricula for social-emotional learning — the term used for education based on helping students develop emotional skills like self-awareness and navigating healthy relationships vital to success in school and life.

Some of the activities featured in the three curricula include reflections on times when students felt scared or anxious; lessons with examples of coping strategies, such as breathing exercises; de-escalating strategies, such as when to remove oneself from a situation; or disputing negative thoughts. School-Connect, which serves high school students, also has lessons on making a sincere apology, as well as cultivating curiosity.

“I think self-regulation is certainly a big part of social-emotional skill development,” said Hurst, “learning how to deal with and control your own behavior, your own attitude, personality and anger, as well as being aware of your feelings and emotions.”

Individual schools may also offer their own practices or programs, Smith said. The district also has “climate teams” which identify behavioral trends and determine how to respond.

New this year, the district will be screening all students in grades two-12 to identify those who are at risk for social-emotional and behavior problems, Smith said. Those screeners are set to go out this month; it’s still unclear what type of questions they will ask.

“The good thing about using a screener is that you don’t have to wait for students to behave maladaptively,” Smith said. “We’re trying to be proactive to identify the students who are in need of more support and get them that support before they have to act out to get it.”

The data from the screener will be used by teachers and school teams to help better understand their students’ social-emotional needs as well as the district to determine where additional resources should go.

Students who need more support will have individualized learning plans. The district will also partner with behavior and mental health experts to provide targeted intervention for students.