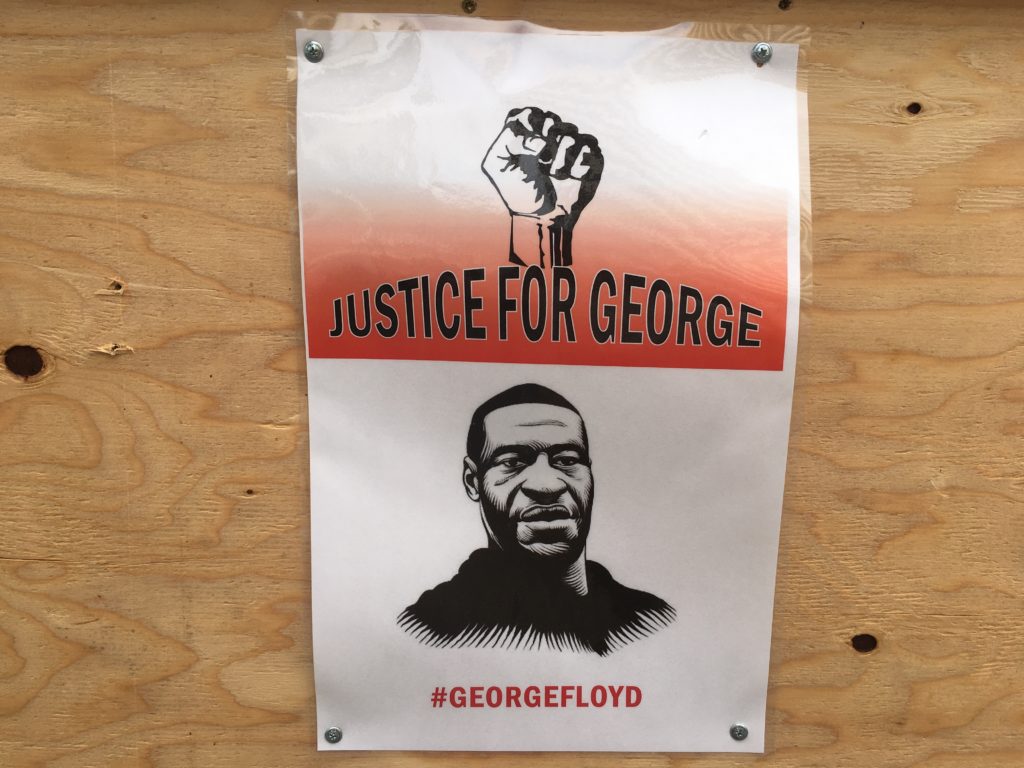 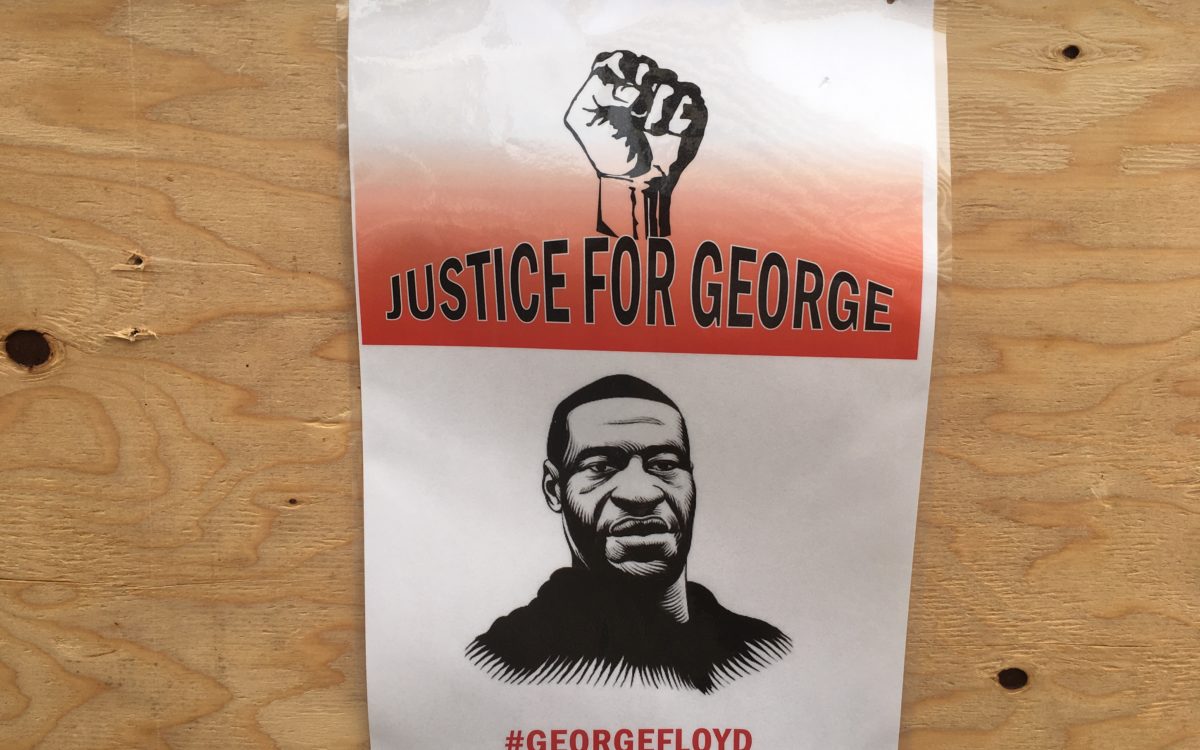 West Contra Costa Unified is rethinking what it means to keep students safe after its school board voted in June to end contracts for campus police officers starting next school year.

It’s a re-evaluation other California districts are making as well, following protests over the death of George Floyd at the hands of police in May as well as students saying armed police officers make them feel less safe at school.

Instead of relying as much on police, the district’s administration, as well as principals, are working on updating each schools’ broader “safety plans,” said district spokesman Marcus Walton.

While the new plans are still taking shape, and few details have been released, Walton said the district would take a more holistic approach to student safety by relying less on law enforcement for non-serious incidents, and focusing more on students’ “socio-emotional health.” To do that, the district will continue implementing “restorative justice” practices — alternatives to traditional discipline that are aimed at holding students accountable to their peers — conflict de-escalation and other positive behavior practices as called for in a 2017 policy.

“We do know that our African American students face disproportionate discipline and punishment, obviously in the larger society and in our schools,” Superintendent Matthew Duffy said in an interview. “So there is tremendous energy in our community to make sure African American students succeed. That means looking at everything across the board, from what our classrooms look like, to our curriculum, policing, etcetera.”

The district will also lean more on unarmed campus security guards — West Contra Costa Unified already employs 44 — when students return to campuses. Unlike campus police officers, the security guards are not part of any police department. They are trained by the district in conflict mediation and other alternative practices to traditional discipline. Walton said the district, as of now, does not plan to hire any more.

“Many of them [campus security guards] have been around, and we’re going to count them to help us with big incidents as we move forward,” Duffy said.

The board, in its unanimous June 10 decision, voted to not renew the contracts with local law enforcement agencies to assign campus police officers — referred to by the district as “school resource officers” — to its 13 comprehensive middle and high schools. The contracts expired July 1.

Walton said the plans will need to be completed before it is deemed safe for in-person instruction to resume. The district announced July 9 that all students would continue distance learning when classes begin Aug. 17 to prevent the spread of coronavirus. The district will not open campuses for in-person instruction until health conditions improve and has not yet decided on what will trigger a re-opening.

Though the district will no longer have armed school resource officers on its campuses, school officials will still call police in an emergency or serious situations. The district expects police will respond to emergency calls in a timely manner, and will work with police departments to foster healthy relationships to ensure it, Duffy said.

Districts throughout the state are evaluating whether campus police are necessary amid nationwide outrage over the killing of George Floyd, an unarmed Black man, by Minneapolis police officers.

In June, the Oakland Unified School District decided to disband its own police department, and the San Francisco Board of Education opted not to renew its memorandum of understanding with the San Francisco Police Department. Los Angeles Unified School District — the largest district in the state — cut $25 million from its school police budget and reinvested that money into hiring counselors, social workers and other staff.

Students have taken to protests and virtual school board meetings to tell educators that armed officers on their campuses in fact make them feel less safe.

Nonpartisan research firm WestEd, in a study commissioned by State Superintendent of Public Instruction Tony Thurmond, found that campus police do not necessarily result in safer schools or fewer suspensions or expulsions.

Activists have called on government officials to “defund police,” sometimes defined as moving funds from traditional police to more community services. West Contra Costa Unified is doing this by using the $1.5 million it would have spent on police contracts in 2020-2021 for African American student achievement programs.

Gov. Gavin Newsom and the state legislature have also called for districts to spend less money on police and more on counseling and other services to support students. In the budget agreement reached June 23, the legislature said it plans to evaluate the role of police on school campuses and study alternatives. The budget also allocated $200,000 for the creation of a Young People’s Task Force to advise the governor and state education leaders on school police matters.

West Contra Costa Unified’s “socio-emotional” approach to student safety originated in 2017 with the passage of the Positive School Climate Policy. That policy sought to increase restorative practices in order to reduce disparities in student punishment.

Walton said the policy will guide how the safety plans are implemented. But with district officials’ attention turned to improving its distance learning offerings for the fall, specifics about the new safety plans have not been made public.

However, parents and community groups have spoken out about what they would like to see in the upcoming safety plans.

The RYSE center — a youth organization that advocated for the district to get rid of school resource officers — was crucial in bringing about the Positive School Climate Policy in 2017, and has made school climate recommendations that the district has implemented.

RYSE Center Education and Justice Director Stephanie Medley suggested that as the district develops its plan, it will collect more data on suspensions and other disciplinary practices in order to better inform decisions — as called for in the policy. Medley also suggested that the safety plan include more training for teachers and staff around preventing conflict and understanding how students process emotions.

“I think a lot of times when officers are called into a situation it’s when teachers feel like they don’t have any other options or the tools they need to be able to handle a situation,” Medley said. “If you’re equipping them with tools on how to de-escalate or how to deal with how young people are perceiving things or reacting to things in a certain way, you’re going know how to handle that situation a whole lot better.”

Yolanda Vierra-Allen and Zelon Harrison of the district’s African American Site Advisory Team — a group of West Contra Costa Unified parents who issue policy recommendations to the district — would like to see more communication with parents, instruction for teachers that law enforcement should be the “last resort not a first resort,” and one-on-one mentoring for students.

“A mentor would be able to connect with the child to see if the child needs law enforcement, or needs a therapist, or a hospital, or a dentist, or needs help with housing and food,” Harrison said. “You have somebody triaging immediately instead of a police officer with a gun, badge and uniform.”