Virtual special education meetings popular in some districts, but a major hurdle in others 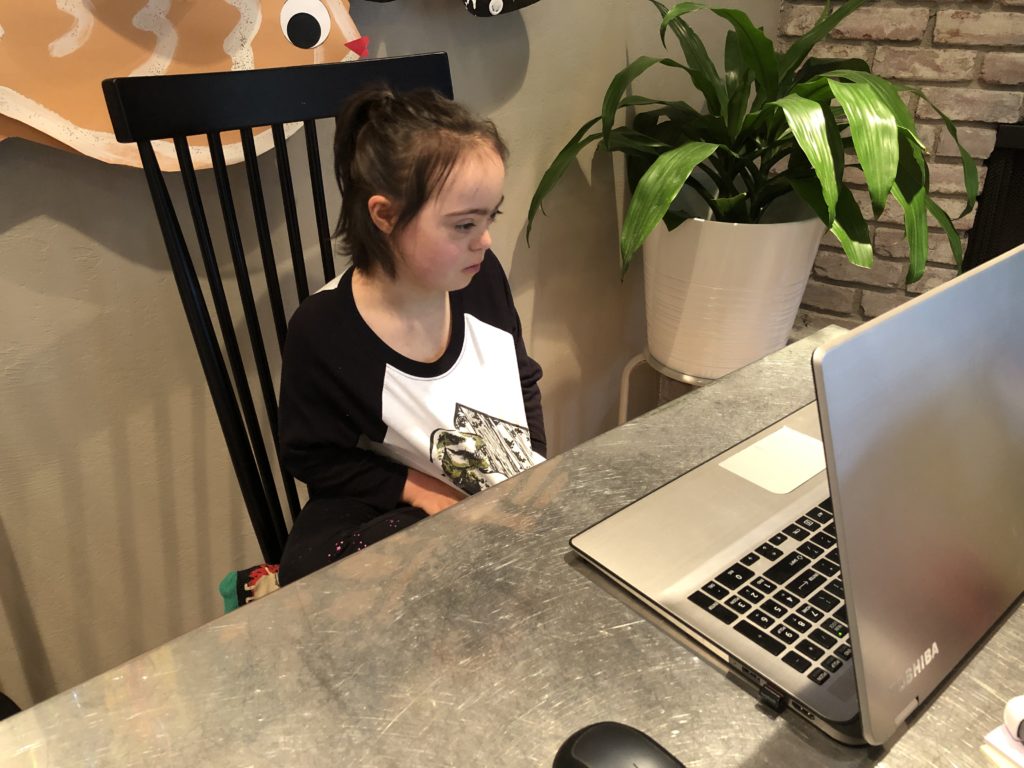 At some schools, mandatory online parent meetings have been nearly impossible. 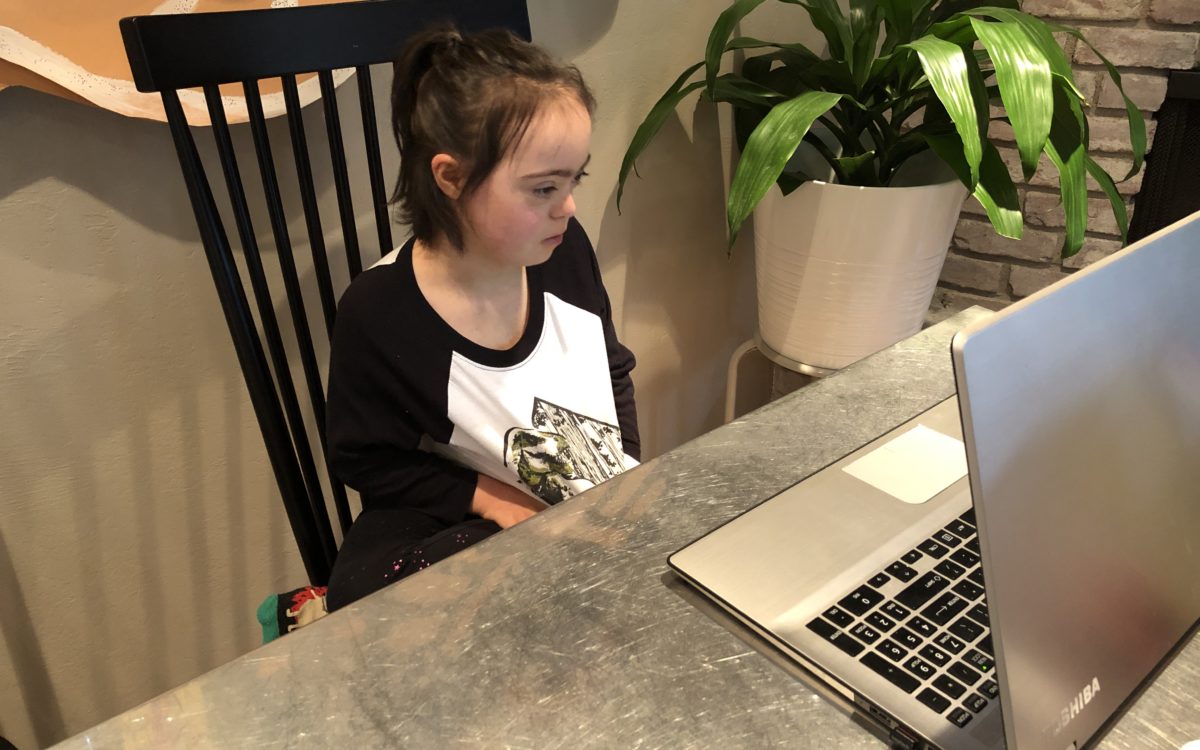 In the wake of a federal order for schools to keep providing special education during school closures, one of the trickiest parts of those services — mandatory parent meetings — has proven to be an unexpected boon in some districts but almost impossible in others.

For parents who have computers and are comfortable with videoconferencing, the virtual meetings with teachers, therapists and other school staff have been relatively smooth and efficient. In fact, some districts say they’ll keep them even after schools reopen, because they’re more convenient for teachers and parents who work.

But the online meetings have been a challenge for parents who lack technological skills, don’t speak English or are preoccupied with more pressing matters, such as unemployment or homelessness related to the coronavirus pandemic.

“My fear is that parents are missing their chance to participate,” said Reyna Guerra, a special education math teacher at Fremont High in Oakland Unified. “For a lot of my parents, it’s hard to focus on school paperwork when you’re not sure if you’ll have food next week.”

In late April U.S. Secretary of Education Betsy DeVos directed schools to uphold the federal Individuals with Disabilities Education Act — a 45-year-old law that guarantees students a free education appropriate to their abilities — during school closures. Superintendents and school boards across the country had asked for lenience, saying that some services, such as physical and occupational therapy, are almost impossible to provide virtually.

Of particular concern was the regular parent meetings required by a student’s individualized education program, or IEP. The meetings are typically held at least once a year, and can include as many as 15 or 20 people: teachers, therapists, principals, parents and sometimes even the students themselves.

The meetings usually last an hour or two, and require parents to sign their child’s IEP documents. Because each student’s needs are unique and ever-changing, the meetings are considered an integral part of the special education system — a chance for parents and teachers to discuss a student’s progress and map out goals for the coming year.

Guerra said that ordinarily, this time of year she’d be conducting seven or eight parent meetings. This year she’s done two, both by phone. Some parents said they want to wait to meet in person because they’re too overwhelmed with other issues. Others say they don’t have computers or can’t figure out video conferencing. Some haven’t responded to email or their phones have been disconnected.

She’s called and emailed one family seven times, to no avail.

Although the district has issued tablets and internet hotspots to thousands of low-income students, parents don’t always know how to use the technology and the internet service can be spotty, she said.

Oakland has been hit hard economically by the pandemic. At some schools in Oakland, up to 80 percent of students have at least one parent out of work since the pandemic began, according to the district. Since schools closed in mid-March, the district has distributed more than 800,000 meals, groceries from the Alameda County Food Bank and other supplies, such as diapers and hygiene kits, to local families.

Online school meetings can be time-consuming and stressful for parents juggling other responsibilities, said Amy Ortiz, an eighth-grade resource specialist at Life Academy, a public 6-12 school in Oakland’s Fruitvale neighborhood.

To help them adapt, Ortiz spends at least an hour on the phone with some parents before the meeting starts, showing them how to get online and making sure their camera is working so they can all manage a videoconference call. She also translates for parents who don’t speak English well.

She worries that the technological skills — knowing how to download and scan documents, or submit a digital signature — are beyond some parents at the moment.

But in other districts, especially those less affected by unemployment and poverty, the online IEP meetings have been relatively smooth. Los Angeles Unified, for example, has already held more than 1,000 virtual IEP meetings and most have gone well, said Connie Kasari, a professor at UCLA’s Graduate School of Education and Information Studies and an expert in special education who works closely with the district.

“There are definitely some bumps, but I think there’s some positive news in all this, too,” Kasari said. “Am I surprised? Actually, I am. There’s been a lot of upsides.”

One benefit of online parent meetings could be increased trust and closer relationships between families and teachers. Helping parents navigate the new system allows school staff to better understand a family’s needs.

Also, parents who lacked technological skills before the school closure now have an opportunity to learn, gaining access to information and means of communication they didn’t have before.

Kasari also hopes that online meetings will lead to a more streamlined, simpler IEP process. First-time meetings still need to be conducted in person, but subsequent meetings could be done more efficiently online, allowing teachers and parents to focus less on “checking the boxes” on the IEP and more on a student’s overall development, she said.

“It allows us to step back and look at the big picture,” she said.

Carolyn Swanson, whose daughter Dorothy is in first grade in Pacific Grove Unified near Monterey, said she’s fine with distance learning and online teacher meetings — if that’s what it takes to keep her daughter safe.

Dorothy has Down syndrome and, like a lot of children with disabilities, is especially vulnerable to illness.

“I’m not worried about online school or Dorothy falling behind,” Swanson said. “Those things don’t matter. I just want her to be safe and healthy.”

Her first online IEP meeting “was pretty standard,” she said, but she missed bringing pastries to Dorothy’s teachers.

“The only weird thing is that we were all operating under the assumption that school is going to reopen this fall,” she said. “It felt like we were going through the motions.”

Teachers do have a bit of flexibility in conducting parent meetings. DeVos has relaxed some IEP deadlines, acknowledging that shifting procedures online might be difficult for some schools. And the hearing officers who rule on parent complaints will likely be sympathetic to less-than-perfect parent meetings as long as teachers are making good-faith efforts to reach families, said Nica Cox, president of the California Association of Resource and Special Educators.

“Everything now is a challenge. However, teachers are very resourceful people who think outside the box when it comes to finding solutions,” she said. “It doesn’t mean you disregard the timeframes — you work to the best of your ability to meet them.”

In Brea Olinda Unified in Orange County, online parent meetings have been so effective the district will likely continue offering them as an option, even after schools reopen, said Jeanine Leech, the district’s special education director.

“Some were resistant in the beginning, but now it’s going well,” she said. “The only struggle we’ve had is getting signatures, but I think we have that figured out. The key to all of this is communication. And keeping copious documentation.”

Teachers deserve credit for being resourceful, she said. In one case, a bilingual teacher visited a Spanish-speaking parent at home, sat six feet from her and talked her through the process of logging in to her child’s IEP meeting.

“It’s created more team-building and communication between parents and teachers,” she said. “The process is a little more accessible and interactive than it used to be, which is a good thing.”