UC may allow partial campus reopenings in the fall 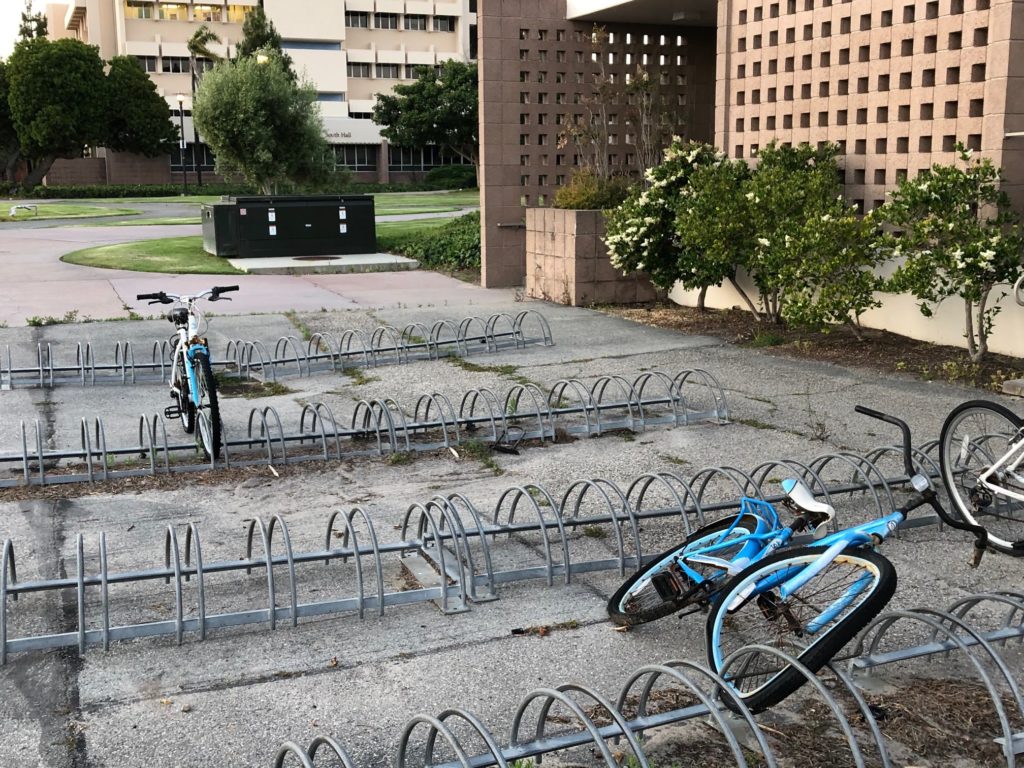 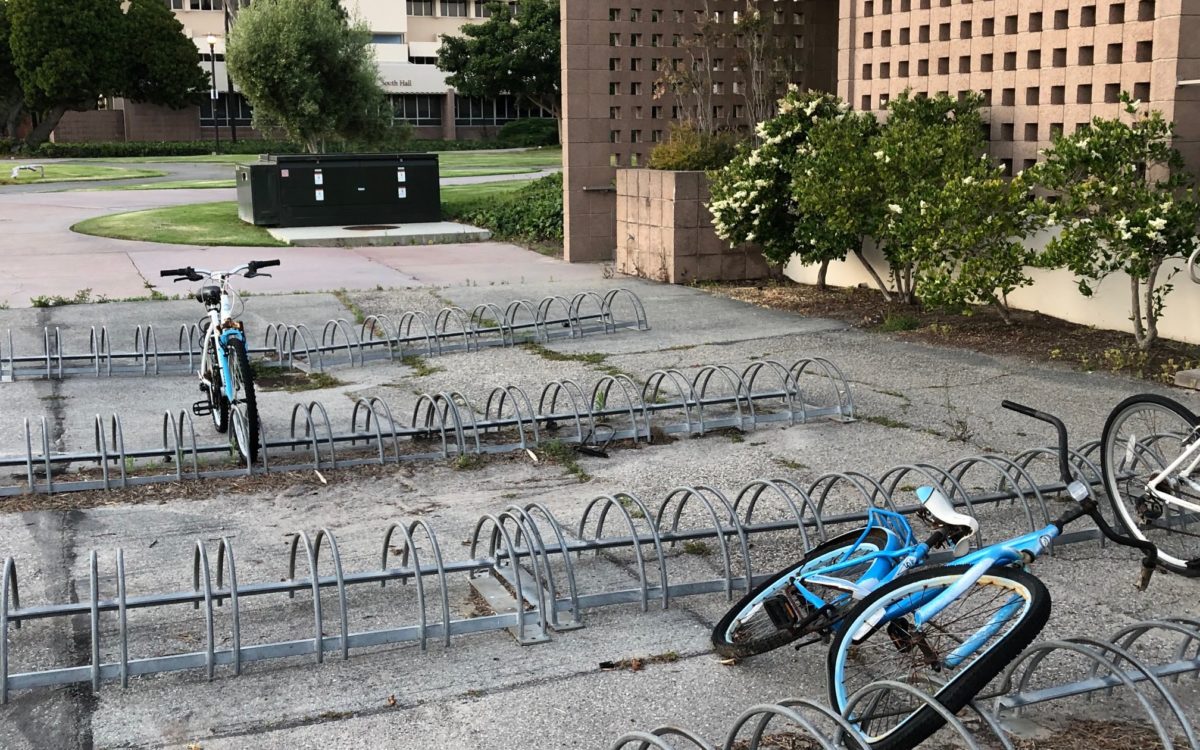 The University of California on Wednesday adopted a health roadmap that could allow some or all of its 10 campuses to partly reopen in the fall if widespread testing and tracing for the coronavirus gets underway, all students and faculty wear face coverings and physical distancing is kept.

The move by the UC Board of Regents does not guarantee that any of the 285,000-student system will operate in-person for the fall term but holds out hope for some limited return to normal. Decisions will be made by individual campuses and labs over the next month or so, with some variation among them likely, officials said.

UC president Janet Napolitano said she anticipated that “most if not all of our campuses will operate in some kind of hybrid mode.” That could involve combinations of continuing online classes for large lecture courses while allowing small discussion classes and labs in person. Some dorms may reopen with reduced populations, sports events held without audiences in the bleachers and campuses limiting entry to those who do not have a fever, according to the principles adopted.

UC’s move is in sharp contrast to the announcement earlier this month by the state’s other public university system, California State University, that it intends to continue most of its classes online in the fall, with some exceptions for small nursing courses and labs and possible variations by region.

The 23-campus CSU intends to stick with its plan for “primarily virtual instruction with some exceptions,” according to spokesman Michael Uhlenkamp. But he added that the CSU plan “does allow for flexibility — some campuses might have more in-person activities than others based on guidance from health experts in the region.”

Fears are mounting across higher education nationally about worse financial losses if large numbers of students decide that fully online classes are not worth the bother and tuition payments.

UC has early indications that the number of enrollment deposits from incoming freshmen from both California and elsewhere are below expectations and that many international students, who pay much higher tuition bills than California residents, may not be able to return to school. UC already is struggling with enormous revenue losses related to the pandemic and also faces a possible 10% cut in state support as proposed by Gov. Gavin Newsom.

UC’s new guidelines depend a lot of on how local and state stay-at-home orders and other restrictions are eased. The newly adopted rules are meant “to guide campus scenario planning as on-site operations increase and in the event they need to be scaled back to respond to a future pandemic surge,” the regents agenda item said.

Four stages are set up for gradual reopening, depending on such things as the number of hospitalizations for COVID-19 infections in the areas and how widespread testing, tracing and quarantining are conducted on campuses. (UC San Diego already has begun what is expected to be a nearly universal testing program for students and employees.) The stages would allow for 50% in-person capacity as an interim before a full population is back on campus and might involve restrictions on campus visits from the general public and limits on in-person activities for UC students or employees who are considered to be at high risk because of underlying health conditions or age. For much of the transition, everyone on campus would have to wear face coverings and strive for safe social distancing.

The steps could, for example, allow dining halls to reopen but with only take-out servings at first, and libraries to reopen with limits on how many people can enter. Some classes would remain online while other smaller ones might be allowed to be in-person with social distancing.

In related matters, the UC regents on Wednesday heard sobering projections about financial losses as a result of refunding dormitory and dining plans, the cancellations of many non-COVID-19 medical procedures at UC hospitals and added costs for online education and facilities cleaning. Officials said that that all totaled $1.2 billion by the end of April and could reach $2 billion by the end of June. Unless federal aid fills in, the university could lose an additional $376 million next year under Newsom’s budget proposal.

UC recently took some austerity steps such as cutting top administrators’ salaries by 10%, freezing some hiring and pay raises. A detailed plan on meeting the financial emergency will be presented at the regents’ July meeting. Napolitano said “certain adjustments and reductions” are likely but promised the cuts would be “prudent” and would not “damage the underlying integrity” of a UC education.

Some UC campus leaders have raised the possibility of a tuition increase for extra revenues. However, regent Hadi Makarechian, who is an influential voice on the board as chairman of its Finance and Capital Strategies Committee, rejected the idea of tuition increases, citing the sharp rise in unemployment among students and their families. “We are not in the position where everybody is flush with money to pay a tuition increase,” he said. Instead, UC should look for efficiencies and new ways of operating to save money, he said.

How well the switch to nearly universal online classes is working was discussed Wednesday. Early results from surveys show that about 60% of both faculty and students said that learning was reduced in those classes compared to in-person ones. Faculty leaders said that some students are thriving and are actually taking more classes than they usually would have but that other students are struggling, particularly those who live in crowded households without a quiet place to take online classes.

Regent’s vice-chair Cecilia Estolano said UC must study how the current situation might lead to a different campus life in the future, mixing in-person and online learning and interactions. She said UC has “a fantastic opportunity to study how to re-engineer the University of California undergraduate and graduate student experience.”