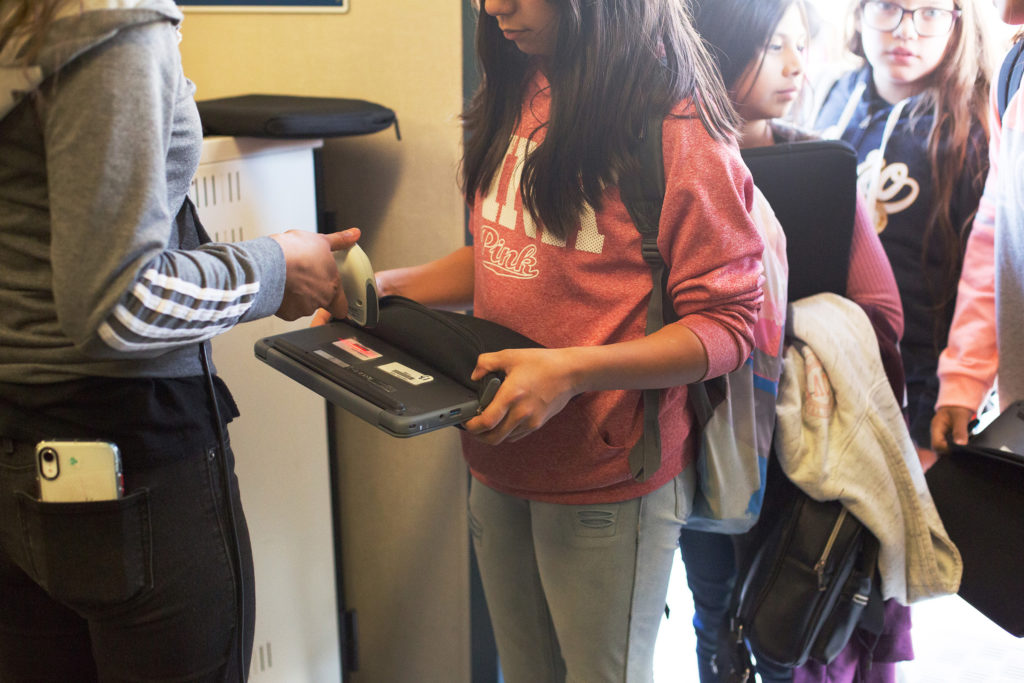 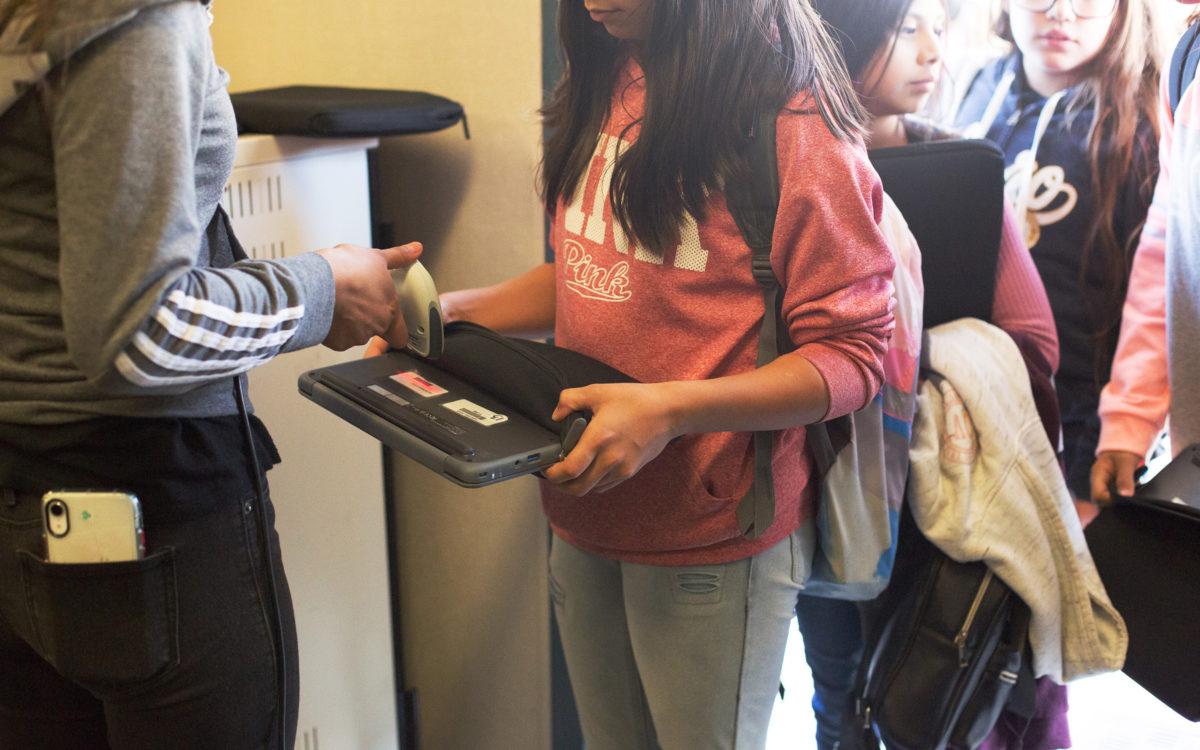 The need to connect California students to laptops and Wi-Fi from home is at an all-time high as school campuses around the state remain closed to prevent the spread of the coronavirus.

Last week, Gov. Gavin Newsom announced that Google is donating 4,000 Chromebooks to students and free Wi-Fi to 100,000 rural households for a minimum of three months. But even with the donation, California has a long way to go to equip all students with what they need for remote instruction.

An estimated 1.2 million students don’t have access to the internet at home in California. The Department of Education is currently surveying districts to determine how many students need Wi-Fi access and devices and where they will be distributed. So far they have determined that there is an immediate need for at least 150,000 laptop devices, Thurmond told EdSource.

State education leaders on Tuesday announced they are now calling on more companies — and individuals — to email donatetech@cde.ca.gov if they can donate laptops, Wi-Fi hotspots or funds to purchase devices for students in California. Such donations are tax-deductible, Thurmond said.

Still unclear is exactly how the devices will be handed out. On Tuesday, Thurmond said the California Department of Education is surveying districts to assess where the devices are needed. But he did not clarify when districts can expect to have the devices or if any locations have been identified yet.

The devices will most likely be given directly to districts, where they will then be distributed to students. Parents should go through their district to request devices and make needs known, Thurmond told EdSource.

The devices donated from Google alone would cover only a small portion of students across the state who do not have access to the internet or computers at home. And concerns are growing about widening gaps in education between students who are able to engage with distance learning and those who can’t.

About 20 percent of all California students, nearly 1.2 million, can’t access the internet at home, said Linda Darling-Hammond, president of the California State Board of Education, during a press conference with Newsom and Thurmond last Wednesday.

The issue is even more acute in rural parts of the state: Only about a third of California households in rural areas are subscribed to internet service, compared with 78 percent in urban areas, according to an EdSource analysis of data from the California Public Utilities Commission.

“We’re working through all those challenges, but yet we know there are some students who haven’t even been accounted for in some districts. Literally some students have not checked in at all since March 13 when many of our schools closed,” Thurmond recently told EdSource.

For parents like Natalie Apodaca, a single mother of three in El Monte near Los Angeles, access to devices would mean her kids can fully participate in the last month of school.

Before campuses closed, Apodaca’s kids could use computers at school and occasional online assignments were manageable. But moving to distance learning full-time has demanded more technology than they were prepared for.

“We only have one computer, and they have to take turns,” said Apodaca. “We are struggling.”

Apodaca recently got Wi-Fi installed in the house through a discount program offered by AT&T to low-income families. But finding affordable devices so each of her kids can complete assignments from home — at a time when money and resources are already stretched thin — has been nearly impossible.

“I’ve been looking online for any sales or if anybody out there is selling them, and I can’t find anything reasonable to buy,” Apodaca said. “I had to go on a long walk today because anxiety is starting to kick in, especially after hearing that kids won’t be returning. I just worry: Are they going to fall behind? How will this affect their grades?”