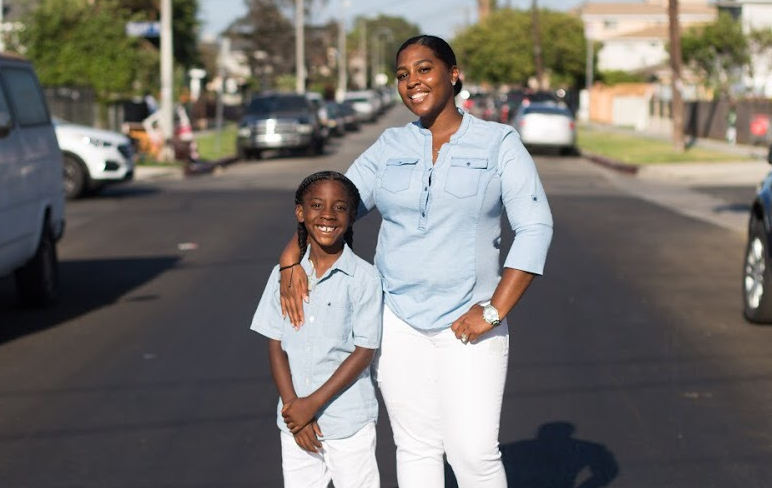 Among state’s 20 largest districts, a fourth-grader can get as little as one hour per day in some districts and nearly four hours in others.

Back to school is well underway in California, but how much live teaching time kids are getting with their teachers online varies depending on their school district and its distance learning program.

Across the 20 largest school districts in California, representing nearly 26% of students, the amount of required live instruction for a fourth-grader, for example, could be as little as one hour per day in some districts and nearly four hours in others, an EdSource review has found.

Seeing the faces of their teachers helps students feel more connected to them, and also creates opportunities for more interaction with their fellow students, according to Victor Lee, a professor in the Graduate School of Education at Stanford University. But, Lee said, California — with its 6 million students — is in the middle of a “national experiment” to determine how much live instruction from teachers is most effective.

The right amount of live instruction — referred to by educators as synchronous learning — has been left to each district to decide.

In July, California lawmakers passed a set of standards (in Senate Bill 98) setting the minimum combined amount of live instruction and independent work time that all students should receive each day. At a minimum, school districts are required to offer three hours of instruction in kindergarten and about four hours in the other grades.

Among districts reviewed, eight require between 2 and 2.5 hours of live instruction in the elementary grades. Five don’t set any minimum amount across the district, and the remaining districts’ minimum and maximum amounts cover a wide range.

Despite these minimums, teachers ultimately carry out live instruction, and there can be variation among teachers even in the same school and district.

There is also variation among middle and high schools, both across the state and within districts, largely depending on the variance among school schedules. For example, several districts require 30 minutes of live instruction with a teacher for each class period of the day, others require teachers to be on-camera the entire period, and several don’t specify.

San Diego Unified is at the high end, requiring 180 minutes of live or synchronous instruction for all its 121,000 students, regardless of grade level. In Sacramento County, San Juan Unified, which serves nearly 40,000 students, has set one of the lowest minimums for live teaching with at least 45 minutes per day in kindergarten, 55 minutes for grades 1-3 and 65 minutes for grades 4-5. In middle and high school, teachers must provide 30 minutes per course, for an average of 180 minutes per day, depending on the number of courses a student takes.

Leaders of the California Teachers Association, which represents more than 300,000 California teachers and staff, do not support any particular minimum and believe teachers should be given the authority to decide what amount of live online instruction or independent learning are appropriate for their students.

“As long as the student is getting the necessary skills they need to attain in that grade level, and they are working within the state guidelines, however the educator decides to facilitate that should be in their hands,” said Toby E. Boyd, president of CTA.

For its part, the California Department of Education warns in its distance learning guidance that students may become disengaged from online learning when there is little student-to-teacher and student-to-student interaction.

Most parents, however, want their children to see their teacher more often. In a recent EdSource poll, three quarters of parents cited not enough instructional time with a teacher as a major challenge of distance learning — second only to keeping their children interested and motivated.

“There have been several days since school has started where school starts at 9 a.m. and he’s done by 10 a.m.” said Shaw. “He’s only getting 48 minutes and I’m assigning him other resources to keep that fire lit, so he sees the importance of his education.”

Los Angeles Unified calls for at least 90 minutes of live online instruction on Mondays and about two hours per day for the rest of the week for its elementary, middle and high school students. No one should receive less than the required amount of live instruction, said Los Angeles Chief Academic Officer Alison Yoshimoto-Towery, and ideally many would receive more through small group work and other activities.

Like many other districts, Los Angeles Unified reached an agreement over its distance learning plan with United Teachers of Los Angeles in August before schools reopened. Teachers’ unions statewide have been vocal about the need for more flexibility during distance learning and have pushed for fewer required live instructional minutes. One district, Sacramento City Unified, is still in a dispute over what distance learning should entail, weeks into the new school year.

But it’s difficult to make a clear comparison of instructional time in one district with another. Some like San Diego Unified use a broad definition of live or synchronous instruction by teachers that includes online activities such as small group work or collaborating on assignments. Others like San Juan Unified define live instruction time only as educators teaching to the whole class via Zoom.

What is clear across all districts is that deciding on how much synchronous learning to offer or require was not a simple process. One of the main factors guiding San Juan Unified’s decision-making, said Melissa Bassanelli, deputy superintendent for the district, was how long a child should be at a computer.

“The thing that kept popping up for us was ‘what’s a reasonable amount of screen time for kids?’” said Bassanelli. “It really became eye-opening that we were blazing our own trail trying to figure out what is reasonable for kids.”

Research on screen time based on recreational activities

Until now, much of the research on placing limits on kids and screen time has focused on non-educational activities like video games, watching TV and accessing social media on smartphones.

Rather than recommending strict time limits, the American Academy of Pediatrics in March said that some of the best ways to protect kids during the pandemic is for parents to make a plan for screen time and technology use that includes breaks and safe media use.

In lieu of best practices for how to handle distance learning in a pandemic, districts have had to sort through research, pushback from teachers’ unions, parent preferences and the already difficult process of academic schedule-planning. But in practice, many teachers told EdSource they are going well beyond the instructional minimums set by their districts for synchronous learning, between entire classes, individual or small group support, student assessments and prep work for classes.

That is the case in San Juan Unified, which requires a minimum of only 30 minutes of direct instruction.

“We know that 30 minutes (per class period) is not enough to spend with students,” said Barry Roth, who teaches at Encina Prep High School in San Juan Unified. “Some teachers may split is up and have kids work independently then come back. I’m working with kids the whole period, individually or break-out rooms.”

Teachers in San Diego Unified said that distance learning this fall is going more smoothly than in the spring. At that time, schools could create their own unique daily schedules, but each site had to adhere to the district minimums

But three hours of live instruction at the computer that they are now expected to provide is proving difficult, especially for some younger learners.

“We start at 8:45, and by about 12:15 the students’ eyes begin to glaze over,” said Thomas Courtney, a fifth-grade teacher at Chollas-Mead Elementary School in San Diego Unified. “Some students are flourishing online, but most kids fall into that category where it gets very frustrating after a while. And so many of them have technological issues, and they don’t know how to voice what’s making them frustrated.”

Courtney’s solution has been to break up his lessons into 30-minute chunks with short breaks in between. But like in San Juan, he often makes himself available before or after regular class time of time for students who need extra support.

“If we give them time before school, so many kids take advantage of it,” said Courtney. “One student lost her father a month ago, another kid has been having issues at home and had to move in with his grandma. We talk about what’s going on.”

District and teachers at odds in Sacramento

In Sacramento City Unified, district and union leaders have yet to agree on a distance learning plan. Each side has its own plan. Both meet the state’s minimum standards for distance learning but differ over how long live lessons should be.

On Sept. 5, two days after the first day of school, the district proceeded to adopt its own plan which called for as much as 70 extra minutes per day of live teaching time in some grade levels.

At the center of the dispute over instructional time in Sacramento is what should be considered appropriate screen time for kids.

Tara Gallegos, a spokesperson for the district, said the district believes screen time for school purposes is not as potentially harmful for students as time in front of a computer for non-educational reasons. She added that there’s no way to know if kids are on a screen during their independent work time, either.

Sacramento City Teacher’s Association President David Fisher said that it is a “totally valid point” that screen time for learning is different from screen time for entertainment. But excessive screen time for kids is still a major concern for some teachers in the district.

“I feel like sitting in front of the computer for too long isn’t really good for them,” said Ingrid Hutchins, a second grade teacher at Golden Empire Elementary in Sacramento City Unified. “I’m trying to be mindful of screen time, but have to balance it with the fact that some of my kids do need more help than others.”

Lee, the researcher at Stanford, emphasized that the length in an online class often isn’t as important as how the digital medium is utilized.