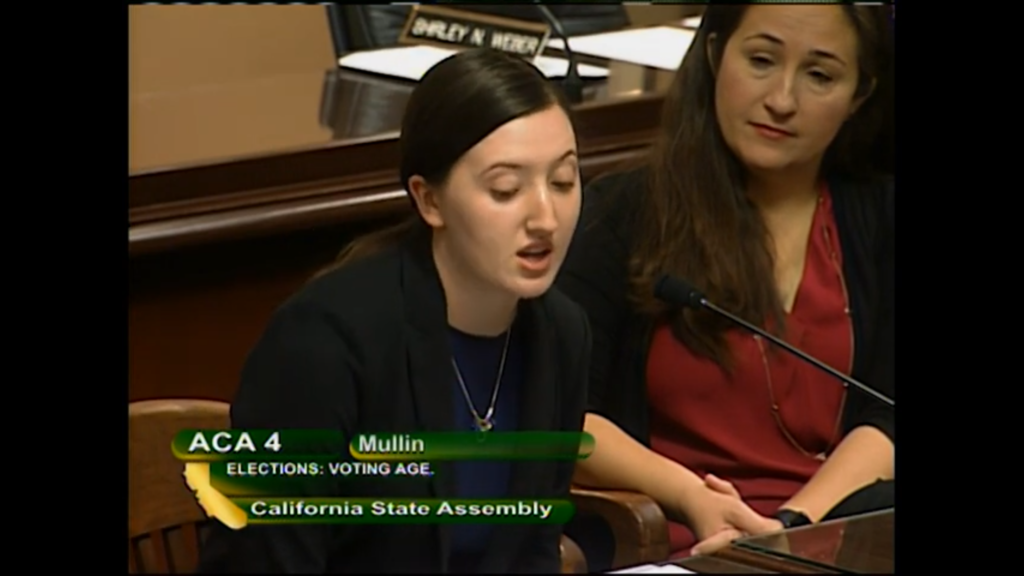 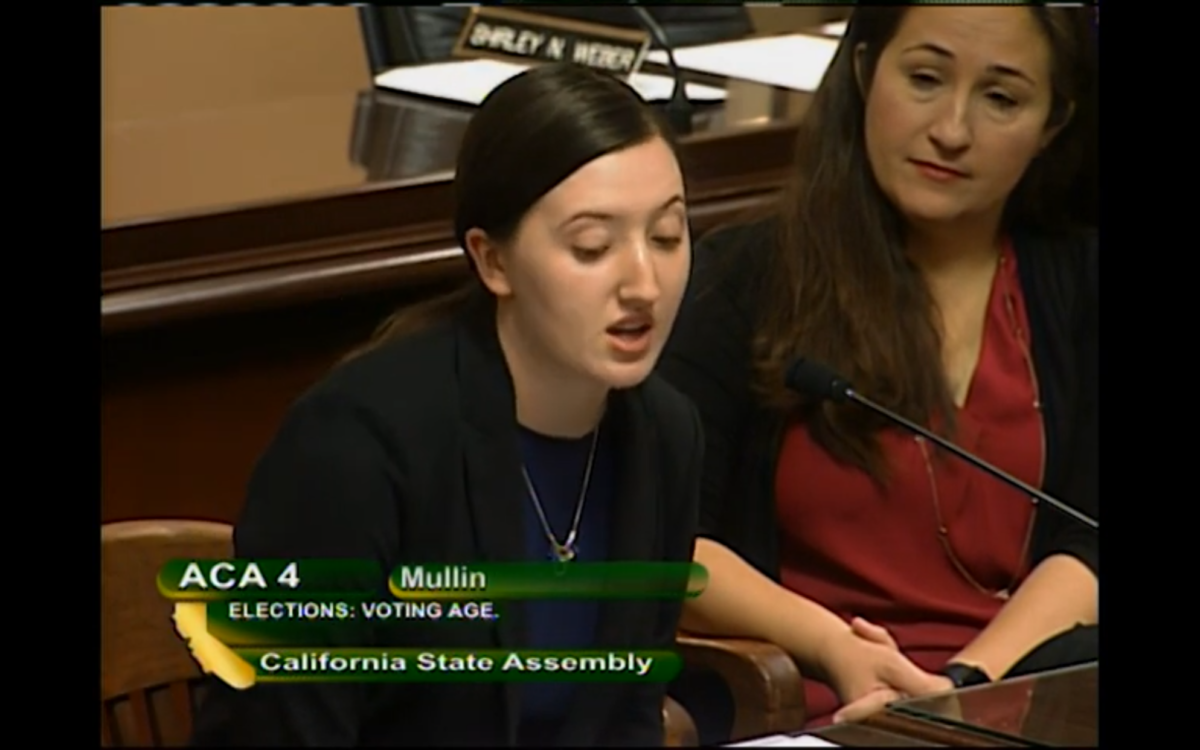 California student activists are mobilizing to try to lower the voting age in some elections so their views can be heard more forcefully from the polling booth.

They say they want a stronger voice in a host of elections whether it’s for school boards, city and county offices or primary votes to determine who will run for president. And the issues they care about are wide-ranging — school budgets, Black Lives Matter, defunding the police, prison reform, immigrants’ rights, climate change and more.

A host of city and statewide measures this year and next seek to empower 16- and 17-year-olds in local, even national elections.

Meanwhile, in Culver City and Palo Alto, efforts are underway to get municipal voting rights for 16- and 17-year-olds on ballots next year. In Berkeley, youth are still working to implement a teen voting measure approved four years ago.

Many of the teens involved in these efforts are part of a nationwide Vote16USA group that is working to lower voting ages around the country and has been successful in other states.

“I think it’s especially important now,” said Sarah Cheung, 17, chair of the San Francisco Youth Commission’s Civic Engagement Committee, who is working to pass Prop. G in San Francisco. “During these past years, in unsure and politically tumultuous times, we’ve seen a lot of young people stepping up and getting politically engaged.”

Yitzhaki, who graduated from Lowell High in San Francisco, is now studying government at Cornell University in New York. She was 17 during the March primary election, so wasn’t able to help determine her choices in November.

“It’s not just about the president,” she said. “There are so many other statewide elections that happen during primaries. I wasn’t able to help dictate which candidates I wanted to make it to the general election.” Yitzhaki said she hopes everyone will vote on all the propositions, especially those that affect young people, such as Prop.15 for education funding and Prop. 16 regarding affirmative action, which she said are “critically important.”

The Culver City movement to get municipal voting rights for 16- and 17-year-olds stalled when Covid-19 hit. Ada Meighan-Thiel, 15, said she and other youth organizers are confident they will get their measure on the city ballot in 2021. She’s also working to pass Prop. 17, which would grant voting rights to felons on parole, because “people convicted of crimes at that level are disproportionately people of color.”

But Meighan-Thiel said those in the Vote16 group understand that even if a local youth-vote measure is successful, it can be difficult to implement because it requires special ballots, which can complicate the voting process for election officials.

Youth across the state look to Berkeley’s Measure Y1, which city voters approved in 2016, as a cautionary tale. The measure gave 16- and 17-year-olds the right to vote in Berkeley Unified school board elections. But the ballot language didn’t include an implementation date, and it still has not yet been put into practice due to a variety of obstacles. These include figuring out how to register, track and count youth ballots that would only include the school board race, without including all the other items on Berkeley ballots, such as city, state and national races and measures.

“We’ve just been facing a lot of logistical challenges,” said Sylvie Love, 17, a Berkeley High senior, who is working to overcome the problems so students can vote, next year or by 2022. She said one issue was whether voting machines would be able to recognize different ballots for different types of voters. But San Francisco helped solve that problem when it gave immigrants who are not U.S. citizens the right to vote in school board elections and used a machine that Berkeley should also be able to use, she said.

“I’m hopeful,” Love said. “If Oakland’s passes, it will be more likely to be implemented in Oakland and Berkeley together.” She and other members of her group researched all the state propositions and created a voting guide that they are distributing to Berkeley voters, but she said their organization is non-partisan and does not take official positions on candidates or ballot measures.

Already, 16- and 17-year-olds can pre-register to vote. And many, including Love, have worked at the polls.

“Providing a taste of civic engagement to teens before they have access to larger elections…would give them a hands-on lesson on the voting process,” she said in a recent commentary. “It would give them valuable experience on how the system works on a smaller scale, making it less overwhelming when we turn 18 and participate in the larger democratic process.”

The youth-vote efforts have garnered powerful support from adult allies, including school board members, mayors, city council members, school board members, legislators, teachers’ union leaders, League of Women’s Voters representatives and others who say they are impressed and inspired by the students who are advocating so passionately for themselves. In many instances, the efforts have been going on for so long that those who initiated them are now adults in college, who have passed on the mantle to younger student leaders following in their footsteps.

Thank you Deborah Sheffler, President of League of Women Voters of Oakland for speaking on why you support Measure QQ! pic.twitter.com/5aLQsWSK5F

One such adult ally is Gema Quetzal, a former State Board of Education student board member and former Oakland Unified student school board member who attends Stanford University. Although she is now old enough to vote, she is widely looked up to by Oakland student leaders who are determined to make their voices heard as she has done. 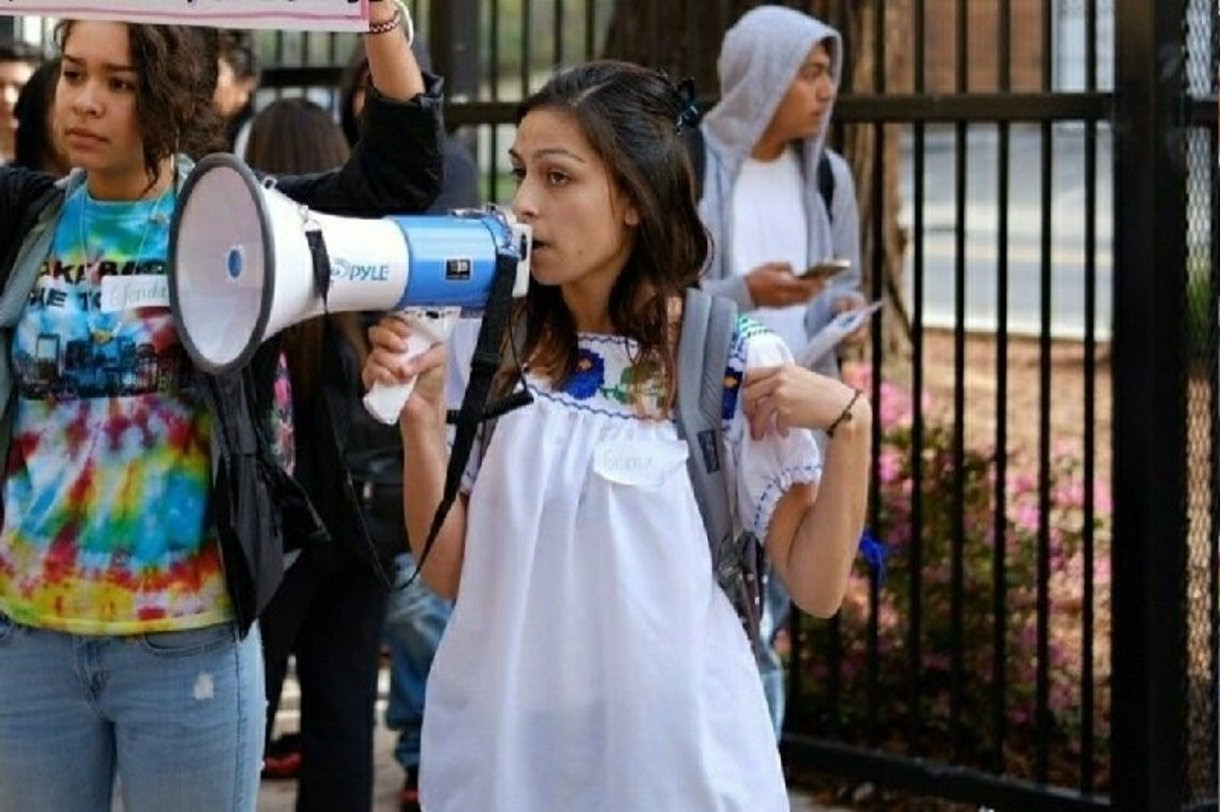 Student activist from Oakland appointed to California’s Board of Education

“We need to make sure the school board is accountable for student voices and needs,” Quetzal said, during a recent virtual campaign launch, for Oakland’s Measure QQ, which would extend the right to vote for school board candidates to 16- and 17-year-olds. “This campaign was developed and carried out by amazing student leaders and organizers and I’m thrilled to fight alongside with them.”

Similarly, Julia Gomez, who has worked on the Culver City Vote16 campaign since she was a freshman, said the student leaders who are now freshmen, sophomores and juniors will see it through.

“As I graduate, it will be in good hands,” she said. “I know that things don’t work that fast, but I truly believe the momentum is going to keep going.”