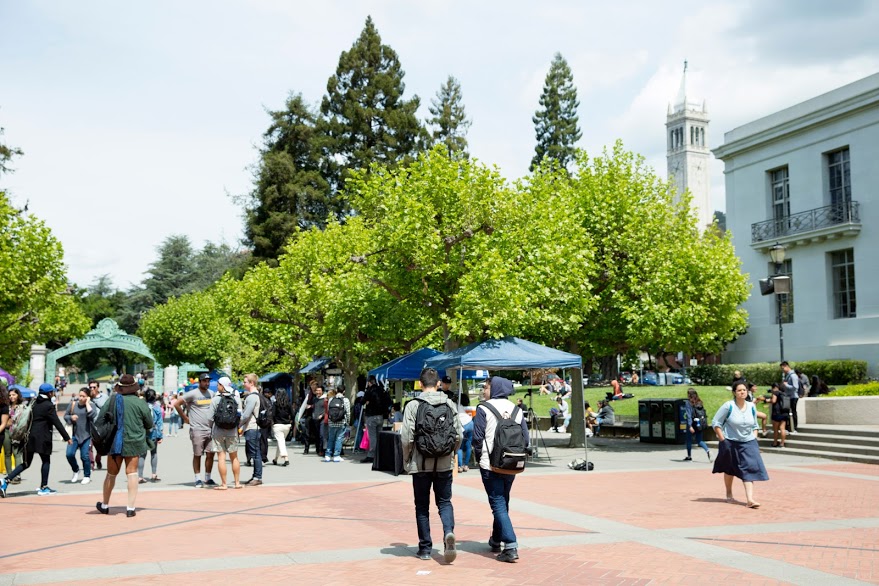 The historic Nov. 3 ballot measure would revoke Proposition 209 after 24 years.

California voters will have a historic chance on Nov. 3 to decide whether race, ethnicity and gender can again be considered in admissions at the state’s public universities and in government contracts, possibly overturning a 24-year-old ban on such affirmative action.

The state Senate on Wednesday voted 30-10 to approve a November ballot measure that would revoke the long-controversial Proposition 209. Born in a more politically conservative era, that state constitutional amendment was approved by state voters in 1996 and banned any consideration of race or ethnicity in admissions decisions at the University of California, the California State University and other public entities.

Proponents of the upcoming ballot measure — now called Assembly Constitutional Amendment 5 — think that the recent wave of activism for racial justice and an electorate that is more racially diverse than two decades ago will give it a good shot at winning a majority of California voters. However, opponents are promising a strong campaign to defeat the proposal on the grounds that it would usher in reverse-discrimination, particularly against some Asian American applicants at the University of California, where those students are now enrolled at rates double their share of the state’s overall population.

The votes in the state Senate were mainly along party lines, with Democrats easily able to garner more than the two-thirds minimum, or at least 27 ayes, required for passage. Democrats said that the Proposition 209 had wrongly tied the hands of universities seeking to enroll a more diverse student body and that voters deserved the chance to change that. In contrast, Republicans said the measure would do nothing to help the more basic inequities in K-12 education and that a return to affirmative action would mean efforts to revive racial and ethnic quotas, even if those are banned by U.S. Supreme Court decisions.

California is among only eight states that ban affirmative action in college admissions.

“We need to recognize we need the tools to be able to address this ongoing problem of structural racism,” said Senator Richard Pan, (D-Sacramento) a supporter of the measure and a member of the Senate’s Asian and Pacific Islander Caucus.

Senator Holly Mitchell (D-Los Angeles), who was the sponsor of the Senate measure, said its passage in November would mean more state contracts for women and minorities and a closing of education gaps for minorities. At state universities, it will lead to “a more diverse atmosphere that enhances learning and encourages mutual understanding,” Mitchell said. She also predicted it would help produce more teachers of color in California’s classrooms.

In contrast, Senator Ling Ling Chang (R-Diamond Bar) recalled the state’s history of anti-Chinese discrimination and said she feared the bill will “fight discrimination with more discrimination.” Getting rid of Proposition 209, she said, would wrongly eliminate a ban on bias that has helped California flourish.

Opponent Senator Melissa Melendez (R-Murrieta) provoked controversy on the Senate floor when she declared that she “rejected the notion that this state is racist or this country is racist.” She noted that public universities already give a leg up to qualified candidates who come from low-income households or are in the first generation in their families to attend college. If race becomes a factor in admissions, qualified Black and Latino students may be challenged by others about whether they deserve to be at the campuses and might even question their own self-worth, she said. The Democratic proposal, she said, would put them “into the position of second guessing themselves.”

The measure does not need Gov. Gavin Newsom’s signature although he has expressed support for it. It passed the state Assembly earlier this month by a 60-14 margin. Leaders of both UC and CSU also have urged the measure’s passage, saying that allowing race to be considered in admissions would help create a more diverse enrollment better reflecting the state’s population.

Both sides are gearing up for a battle in November, with advertising campaigns expected to focus on social media and television.

Groups against the proposed amendment know they start out with some disadvantages in the election and face “a David versus Goliath fight,” said Jason Xu, vice president of the Silicon Valley Chinese Association Foundation, a group that opposes the change.  Xu estimated that his side would be able to raise as much as $2 million for the campaign yet still be very much outspent. Still, he said he expects that a majority of Californians will come to see that affirmative action based on race is wrong and will vote against the measure even if they otherwise mainly vote for Democratic candidates. “It’s not a Democratic or Republican issue. It’s really a human decency, a civil rights issue,” he said.

His group is allied with Californians for Equal Rights, the organization that was founded by former UC regent Ward Connerly and launched Proposition 209.

The pro-affirmative action side is gearing up for a major advocacy push as well: “air war, ground war, everything,” according to Eva Paterson, co-chair of the Opportunity for All Coalition. That umbrella organization promoting the end of Proposition 209 hopes to raise at least $15 million and is talking to foundations, corporations and sports teams about donations, she said. The recent widespread protests against police brutality show heightened awareness about racism and will help the proposed amendment, she said.

Plus, a majority of California voters “very much want to distinguish themselves from the policies of Donald Trump,” Paterson said. “What better way to do that than to revive affirmative action?”

Some supporters of the change say a worthy goal would be for the enrollment of undergraduates across the public universities to reach at least the percentage of racial groups of all ages in the state’s population. For Blacks, that would mean going from current 4% at both UC and CSU to about 6.5%. If the standard were population parity, the share of Latinos could rise from 25% of UC undergraduates now to 39%. Latinos at CSU, with 44%, already surpass that population guideline. Whites comprise 22% of UC undergraduates and 21% of CSU’s, compared to 36% of the state’s population.

This isn’t the first time the Legislature has attempted to repeal Prop 209. The Senate attempted a similar amendment in 2014, but that proposal failed in the Assembly after Asian American advocacy groups said it would leave Asian students at a disadvantage at UC.