How funds for Gov. Newsom's ambitious proposals for teacher recruitment and preparation will be spent 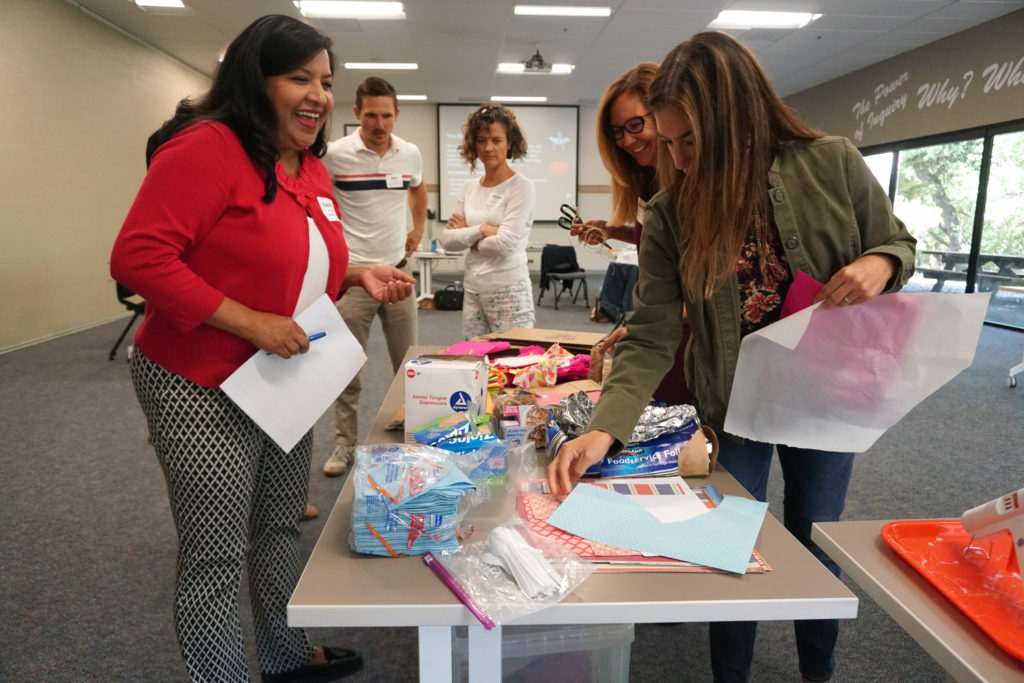 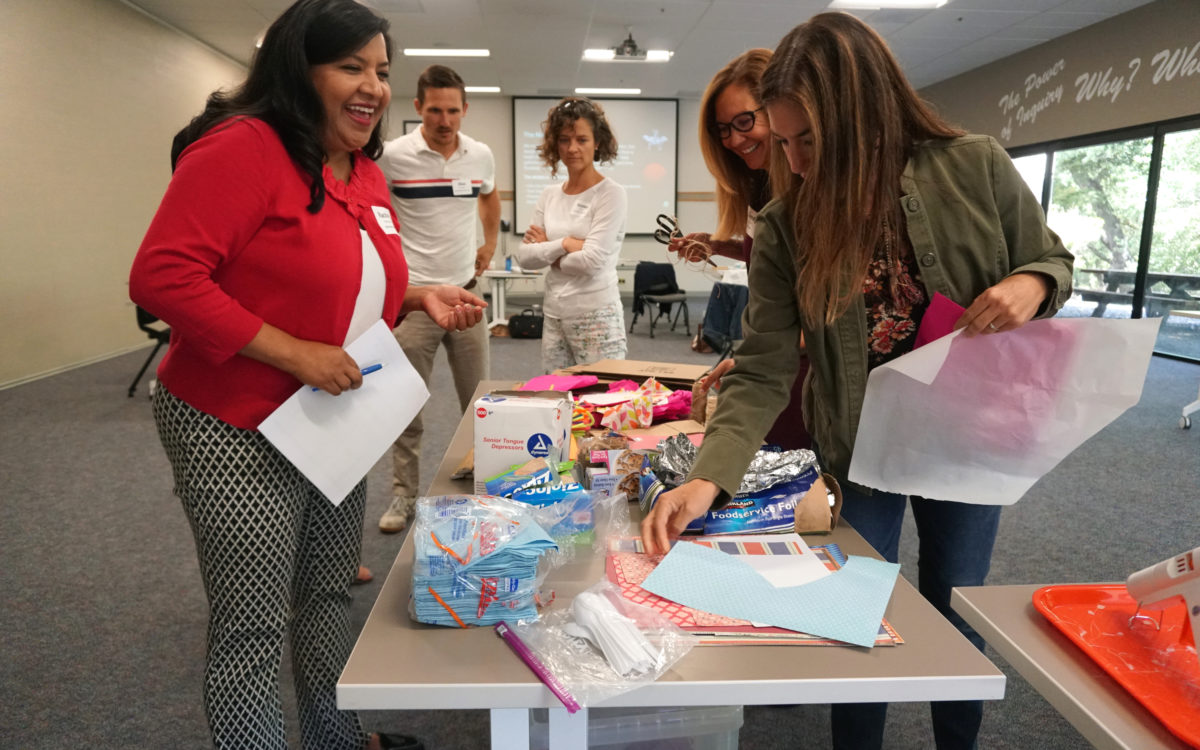 California Gov. Gavin Newsom’s bold plans for recruiting and preparing teachers, revealed in his budget proposal last month for the coming fiscal year, were widely acclaimed by teachers and other education advocates.

Newsom made recruiting and training teachers the biggest education priority of his proposed 2020-21 budget, allocating more than $915 million for staff development and recruitment — more than was spent in the previous five years combined, according to the Legislative Analyst’s Office.

Now his administration has released more details about what he has in mind. They are contained in a “trailer bill” published on Jan. 31 that provides a roadmap to the Legislature on how to fund the proposals.

The proposed funding would come as the state enters another year of teacher shortages in schools in rural and low-income areas and in high-needs subjects like science, math, bilingual education and special education. The result has been a record number of teachers in classrooms who have not completed teaching preparation programs or have received only partial training.

Although most of the nearly $1 billion proposed in the budget would extend existing grant programs to recruit and train teachers, more than $300 million would create entirely new programs.

Through a new California Teacher Credential Award Program, Newsom proposes spending $100 million to offer $20,000 stipends to fully credentialed teachers who are willing to teach subjects or work in schools where there is a teacher shortage. They would be required to teach special education, bilingual instruction, science, technology, engineering, math or computer science or work in a school that is either in a high-poverty community, has at least 5 percent of their staff working outside their credential, is located in a rural or densely populated area, or has had a teacher attrition rate of more than 20 percent over three years.

School districts, county offices of education or an education program offered by a state agency, such as state schools for the blind, deaf and developmentally disabled and schools run by the state’s juvenile justice system, would be able to apply for the grant through the California Commission on Teacher Credentialing.

Initially, 100 school districts would receive $20 million in planning grants. The districts that show they are prepared to begin their program would be eligible for a share of $170 million in implementation grants, according to the trailer bill.

A county office of education would be selected to administer the funds and would be given nearly $3 million to do the work. It is expected to receive funding next January, according to the trailer bill.

The governor’s proposed budget also includes $15 million to establish the Computer Science Supplementary Authorization Grant, which is expected to help approximately 10,000 K-12 teachers earn a supplementary authorization on their credential to teach computer science over the next four years.

The funding proposal comes two years after the state passed its first-ever computer science standards and less than a year since the state approved the California Computer Science Strategic Implementation Plan, which includes strategies for schools and teachers to offer computer science courses from kindergarten to 12th grade.

School districts, county offices of education or state-operated education programs could apply for the grant through the California Commission on Teacher Credentialing.

The grants would pay each teacher up to $1,500 to cover the cost of coursework, books, fees and tuition. Districts are required to match that amount in cash or to pay substitutes so teachers can be released from work to take classes.

The continuing Educator Workforce Investment Grant program gets the biggest chunk of money in the governor’s proposed budget — $350 million. The program would offer grants to pay for professional development for teachers in the following subject areas:

The California Department of Education would administer the grants to school districts, county offices of education, charter schools and regional occupation centers over five years. The grants come with the requirement that school districts collaborate with experts from specified state agencies and universities.

Newsom also proposes increasing funding to the Teacher Residency Program, from $75 million in 2018-19 when the multi-year program was first funded, to $175 million in 2020-21.

The program, which is loosely based on the model of medical residency programs, offers teacher candidates a full school year of working with students in a classroom, working with an experienced teacher mentor and a supervisor who give regular feedback, in a university-based teacher preparation program.

School districts, charter schools, county offices of education, regional occupational centers and nonsectarian private schools can apply to the credentialing commission for grants that pay $20,000 for each student teacher. They are allowed to keep up to 5 percent of the money to administer the grant.

Teacher candidates must earn a credential in subjects the credentialing commission has determined have a shortage of teachers, including science, computer science, math, technology, engineering, special education and bilingual education.

Teachers are expected to continue to work at the school for four years after earning a preliminary teaching credential or they will have to repay at least part of the grant.

The agencies given the grants decide how that money is spent, but generally the money is used to pay for tuition and other costs related to the student teacher’s education, stipends for both the student teacher and the mentor teacher, as well as the cost of teacher induction — a two-year support and assessment program required for new teachers, said Sasha Horwitz, California Commission on Teacher Credentialing spokesman.

Like many of the grants proposed by the governor this year, the district must spend an equal amount of its own money to pay personnel costs, mentor teacher costs or other eligible costs related to the grant.

The commission can spend $5 million of the money allotted for the Teacher Residency Program to offer grants of up to $150,000 to school districts who are partnering with universities to expand or create new residency programs.

The proposed budget also calls for another round of funding for the California Classified School Employee Teacher Credentialing Program, which offers competitive grants to help school employees earn a bachelor’s degree and teaching credential. This year the governor wants to increase funding for the program to $64.1 million. Legislators have approved $45 million for the program in two rounds of funding since 2016.

The program, which will be administered by the California Commission on Teacher Credentialing, pays school districts, charter schools and county offices of education $4,000 annually for each teacher candidate, with most of the money spent on tuition, books and other education costs. Prospective teachers must complete at least two years of college to be eligible for the program and can be in the program for up to five years.

So far, 2,260 potential teachers have participated in the program, 300 have become teachers and thousands are in the pipeline, according to a report from the credentialing commission in November. The new money will allow 3,200 new participants to enter the program, according to the trailer bill.