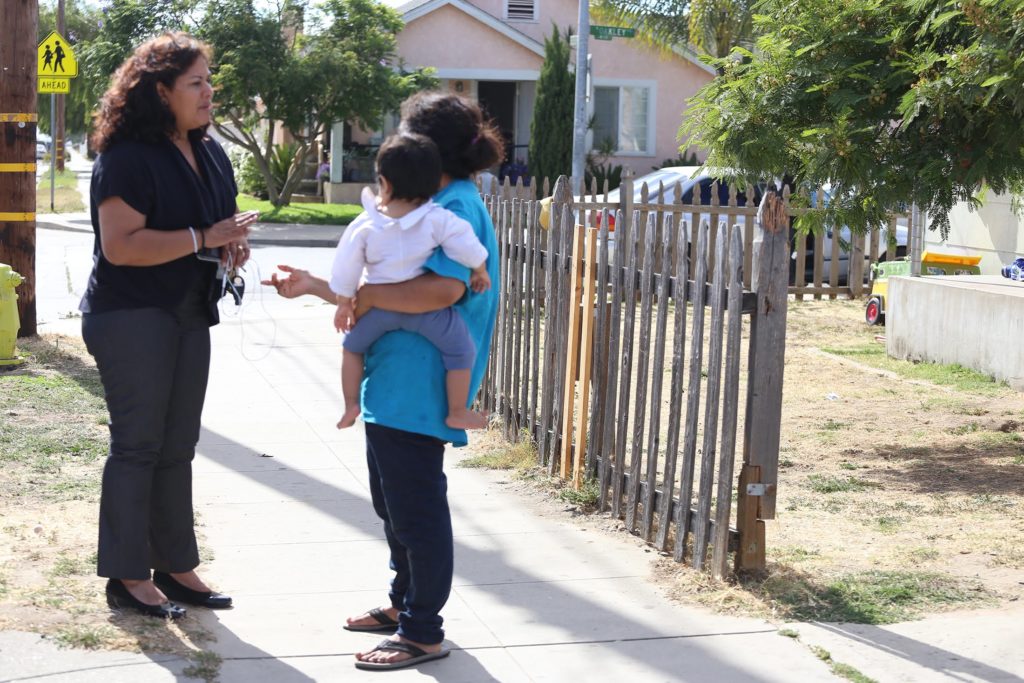 So far, almost no money in federal coronavirus aid bills has been set aside for students with unstable housing. 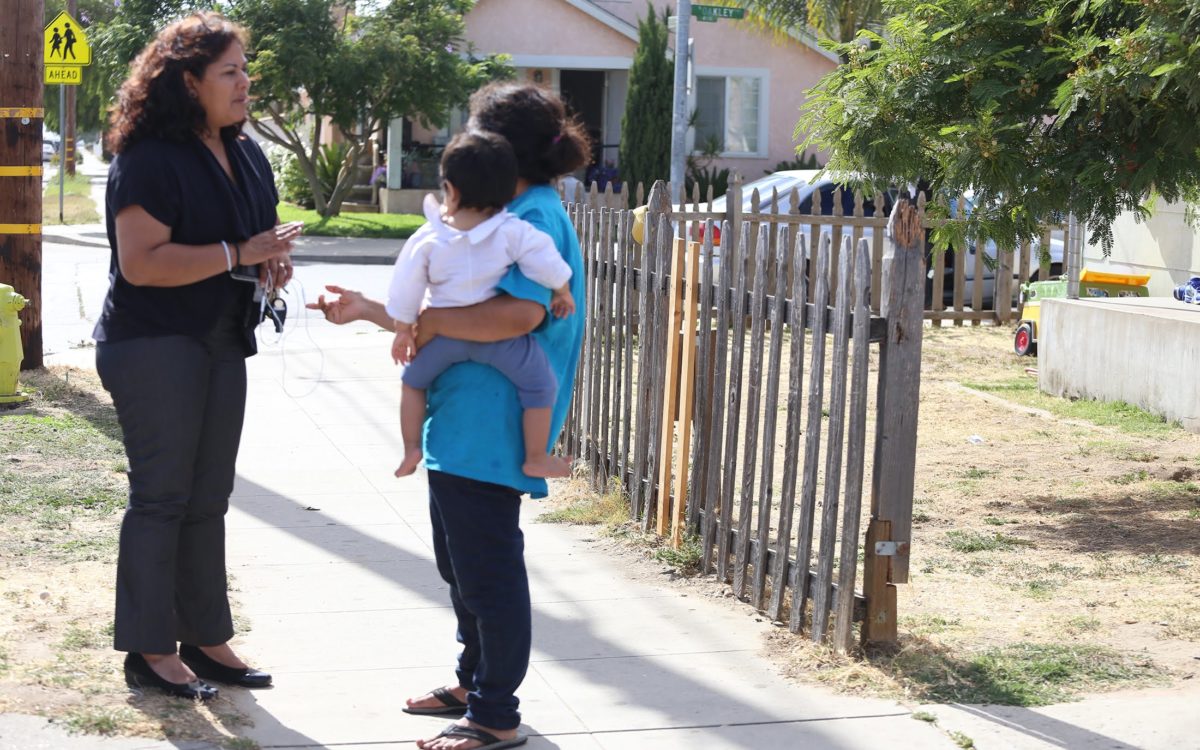 Homeless youth and families, who’ve been largely left out of federal coronavirus aid, would get more than $1 billion under a bipartisan proposal put forth this week in the U.S. Senate.

The proposal includes money for shelters, motel bills, food, school supplies and other services intended to help homeless students, whose numbers are expected to grow as unemployment soars to Depression-era levels nationwide.

“It’s what we need right now during this crisis,” said Darla Bardine, executive director of the National Network for Youth, an advocacy group based in Washington, D.C. “We were already at record levels of youth homelessness before the pandemic, but the coronavirus has put a spotlight on these deep fissures in our society.”

This school year in California there are at least 207,000 homeless students, defined as those living in motels, shelters, cars, or outdoors, couch-surfing or “doubled up” with other families, according to an EdSource analysis of California Department of Education data. But the actual number is probably closer to 370,000, according to a state audit released in November.

Since schools closed in mid-March due to the pandemic, the plight of homeless students has worried teachers and school administrators throughout the state. Homeless students already have a dropout rate 87% higher than their peers, according to Schoolhouse Connection, a nonprofit that advocates for homeless education, and some educators fear that number will climb even higher as the pandemic wears on and homeless students are forced to move, lack access to technology or lose in-person relationships with favorite teachers, coaches or school staff.

Under the federal McKinney-Vento Homeless Assistance Act, schools are required to provide homeless students with transportation and other services to help them succeed in school, although funding to provide those services can be inconsistent.

The U.S. Department of Education gives money through the McKinney-Vento Act to schools through competitive, 3-year grants. In California, 80 school districts and county offices of education — out of about 1,100 total — received funds in the most recent round of grants, but the money was often minimal. Humboldt County, for example, received a grant of $75,000 to serve an estimated 1,450 homeless students, which amounts to $51 per student per year.

The needs of homeless students are sometimes overlooked at the state and federal levels because those students are hard to identify, tend to move frequently and often lack strong advocates, said Pamela Hancock, director of foster and homeless youth education services for the Fresno County Office of Education.

In Fresno County, for example, homeless students outnumber foster youth by 250%, but receive only a quarter of the funding from the Local Control Funding Formula and other sources, Hancock said. And that funding is often unpredictable, she said.

“It doesn’t make any sense,” Hancock said. “Extra money from the federal government would be such a blessing, but the bottom line is we need more money on a regular basis if we’re going to really address the inequities.”

Since the pandemic began in March, the federal and state governments have allotted billions for homeless services, but most of that money is reserved for adults who meet a narrower definition of homelessness — those who live outdoors, for example. Little has been set aside specifically for homeless students, about 85% of whom live with their parents “doubled-up” with another family, according to Kidsdata.

This week’s proposal, submitted by Senators Lisa Murkowski, R-Alaska; Dan Sullivan, R-Alaska; Joe Manchon, D-W.Va.; and Krysten Sinema, D-Ariz.; would be included in the next coronavirus aid bill currently being negotiated in the Senate. A previous bill, the HEROES (Health and Economic Recovery Omnibus Emergency Solutions) Act, passed last week in the House of Representatives but is not expected to pass the Senate.

Homeless education advocates throughout California said that more funding is essential for ensuring students at the margins aren’t lost to school forever. The first thing advocates said they’d spend the money on would be more case workers.

“Let’s be real. We have too many homeless students now, but in a few months (as eviction moratoriums expire) we’re going to have so many more,” said Tony Aguilar, chief of special education, equity and access for Los Angeles Unified. “We are going to need people to find these students and connect with them, make sure their basic needs are being met.”

Los Angeles Unified, the largest district in California, has at least 17,000 homeless students, Aguilar said. Aguilar worries that with looming budget cuts, the district won’t have the money to provide adequate counseling, tutoring and other services to its most vulnerable students.

“How worried am I? Extremely,” Aguilar said. “These students are always on my mind. I’m also worried about the students we don’t hear from, the ones we know need help but we can’t reach.”

In Humboldt County, one of California’s most impoverished, homeless students are already vanishing from schools, said Roger Golec, director of foster youth and homeless education services for the Humboldt County Office of Education. Extra funding would help districts hire case workers to locate students and their families, help them register for school in the fall, sign up for free meals, receive mental health counseling and work with local agencies to obtain food and housing.

But most importantly, case workers would get to know students and their families personally, and understand each student’s unique needs.

“Any money that comes in, the investment should be in relationships,” Golec said. “All the data shows that the reason students do well in school, even when they have an adverse home life, is because someone at school believes in them. That’s where our money should go.”

The issue is essentially economic, said Krysta Esquivel, executive director of the YMCA of San Diego County, which serves about 1,000 homeless youth and their families annually. Homeless students who stay in school and graduate are much less likely to become homeless adults, and fewer homeless adults would save California cities and counties billions of dollars, she said.

A 2019 study by Chapin Hall at the University of Chicago found strong links between education and homelessness. Students who don’t earn a high school diploma are 4.5 times more likely to become homeless as adults than those who do, the study found.

“All this means is that helping homeless young people stay in school is really a long-term investment,” Esquivel said.

In addition to case workers, she would use extra money to pay motel bills for homeless families. Shelters are often not safe for children, especially due to infection fears during the pandemic, and are an almost impossible environment for students to study or log in to their tablets for distance learning, she said. Motels provide some privacy and security, at least temporarily.

Nicole Magtoto, educational policy analyst for San Francisco Unified, said that in her district, homeless students tend to do well in school and attend regularly. The district is working to provide tablets and internet access, and the city offers referrals to an array of food and housing agencies.

“There’s so much uncertainty, though, it’s hard to say where we’ll be in six months, what kind of ripple effects we’ll see,” she said. “I don’t think anyone is in the clear. There’s a lot of conversations happening about how we as adults can help these students be resilient.”