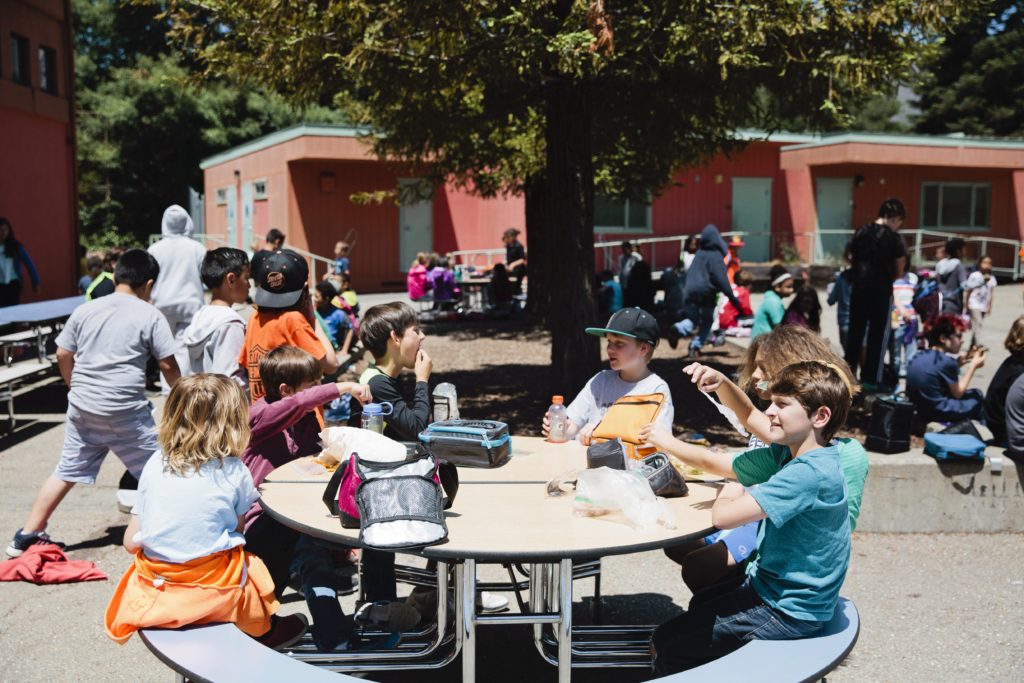 Schools should join with health agencies and nonprofits to provide mental and physical health services for families, commission says. 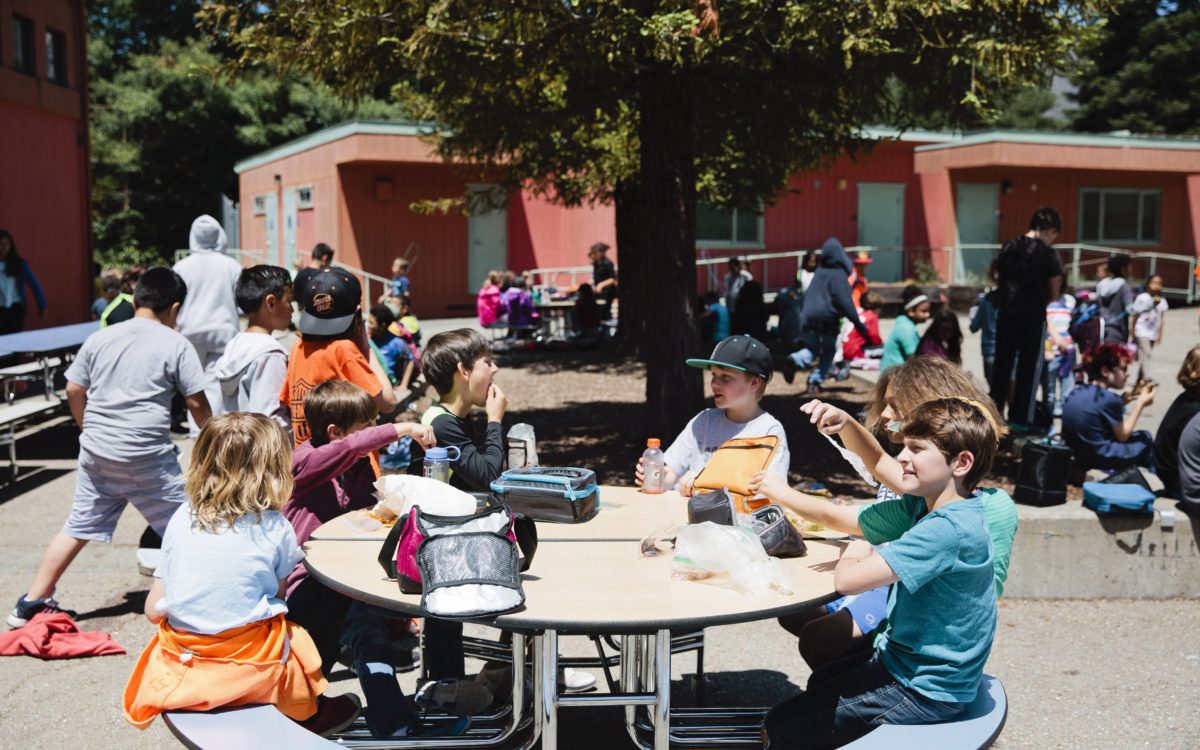 Responding to a surge in student anxiety and depression — exacerbated by the pandemic — a state commission has called for California schools to move quickly to become “wellness centers” addressing mental and physical health needs among K-12 students and their families.

Through agreements with nonprofits and government health agencies, schools would offer psychological services, basic medical care and other services to help families navigate trauma and other challenges, according to a recently released report by the state Mental Health Services Oversight and Accountability Commission.

“We know the needs are rising. Teachers and administrators and mental health counselors are already strapped and overwhelmed,” said Mara Madrigal-Weiss, vice chair of the commission and director of student wellness, positive school climate and foster and homeless education for the San Diego County Office of Education. “This is a way to provide extra personnel to address this crisis. Ultimately, by virtue of helping families, we can uplift a whole community.”

The report, “Every Young Heart and Mind: Schools as Centers of Student Wellness,” cites a sharp increase in young people’s mental health needs over the past decade or so, due in part to the prevalence of social media, rising rates of poverty that have put stress on families, and an uptick in disasters such as wildfires and floods. The pandemic, which has led to school campus closures and economic hardship for millions in California, has also contributed to students’ feelings of despair.

Because of the pandemic, the state needs to start providing school districts with step-by-step guidance immediately, with changes in place as soon as possible, the report said. The Legislature and Gov. Newsom will have final say on whether and how the recommendations will be implemented.

According to the report, 1 in 6 high school students in California has considered suicide in the past year, and 1 in 3 report feeling chronically sad. LGBT students and low-income Black and Latino students experienced higher rates in both of those categories, and were less likely to receive services intended to help them, the report said.

The commission’s findings follow an October report by State Auditor Elaine Howle on the increasing rate of youth suicide in California, and the need for teachers and other school staff to be trained to recognize depression and suicidal behavior among students. The youth suicide rate in California jumped 15% between 2009 and 2018, according to the audit, while none of the 1,034 districts and county offices of education surveyed said they had adequate mental health professionals on staff.

California has long lagged behind other states in the number of K-12 school counselors, who handle academic tasks like scheduling classes but also issues like campus climate and student mental health. California currently has the fifth-highest student-to-counselor ratio in the country, at 612-to-1, according to the American School Counselors Association. The association recommends a ratio of 250-to-1.

Still, the ratio is better than it was a few years ago. California schools have increased their counseling staffs by 30% in the past six years, according to the California Department of Education, in an effort to address growing mental health needs among young people.

School districts say they would hire more counselors, psychologists and social workers, but are stymied by funding shortfalls. The commission’s report addresses this. The cost of the “wellness centers” would be covered mostly by other agencies, not the schools or districts. The schools would provide space on campus and a staff member, most likely at a district office or County Office of Education, to coordinate the services and agencies, but the cost of the actual services would be paid by local health agencies or nonprofits that bill Medi-Cal, the government’s health insurance plan for low-income residents.

A state panel of experts convened in July had a similar recommendation for schools looking to expand mental health services, urging them to bill Medi-Cal when possible.

California Department of Education: “Stronger Together: Mental well-being of all”

Wellness Together: “Tools for Challenging Times”

State Superintendent of Public Instruction Tony Thurmond has also been studying ways for schools to broaden their mental health services. In June, Thurmond formed a committee of counseling experts to offer guidance for schools on how to help families, teachers and students. Meanwhile, the California Department of Education has provided mental health guidance to schools during the pandemic.

In Sacramento County, the Office of Education recently hired 11 licensed clinicians — licensed family therapists and social workers — to work at school sites, supplementing the school counselors, psychologists and social workers already on campus. The licensed clinicians are trained to handle more serious mental health and behavior problems. They can visit families at their homes, make diagnoses and refer students or their families to other specialists within the county health department — such as medical doctors or addiction counselors.

The goal is to provide a seamless connection between schools and public health agencies, which advocates say is convenient for parents and allows staff to easily follow up on families’ care.

“This really is the future. In so many ways, the health and education systems are doing the same work, this just makes a lot of sense,” said David Gordon, superintendent of the Sacramento County Office of Education and a member of the mental health commission.

In Sacramento County, the clinicians are also trained to help younger children, including those under age 5 who might be enrolled in a district-run preschool. Teaching younger children how to cope with stress could potentially improve their behavior later on, Gordon said.

“What we’re really after is a system that’s preventative rather than remedial,” Gordon said. “If we can reach families early, we think that long-term this could be a game-changer.”

Fresno County started a similar program three years ago. The county Office of Education now has clinicians in 107 schools, helping children and students from infancy through age 22 and their families. Eventually they plan to have clinicians in all 300 Fresno County schools.

Organizers expect chronic absenteeism, suspensions and expulsions to decrease, as well as the number of psychiatric emergencies, such as threats of suicide, on campuses.

“We’re looking closely at the data, but so far the success stories have been amazing,” said Trina Frazier, chief student services officer for the Fresno County Office of Education. “Our hope is that if we can teach students to build their resiliency and coping skills, it could impact their whole lives.”

Loretta Whitson, executive director of the California Association of School Counselors, said the commission’s findings are a good start, but further research is needed on issues like accountability, best practices and a survey of what programs are already in place.

She also noted that California had a similar system until the early 2010s. Healthy Start was a state-funded program at school sites offering physical and mental health services to low-income K-12 students and their families. The program was phased out when the state transitioned to local-control funding for schools, although a handful of districts maintained their programs even after state support ended.

“These ideas are not new,” Whitson said. “We’ve known for a long time that these comprehensive health and mental health services are necessary. It’s just a question of finding a system that works, and is sustainable.”