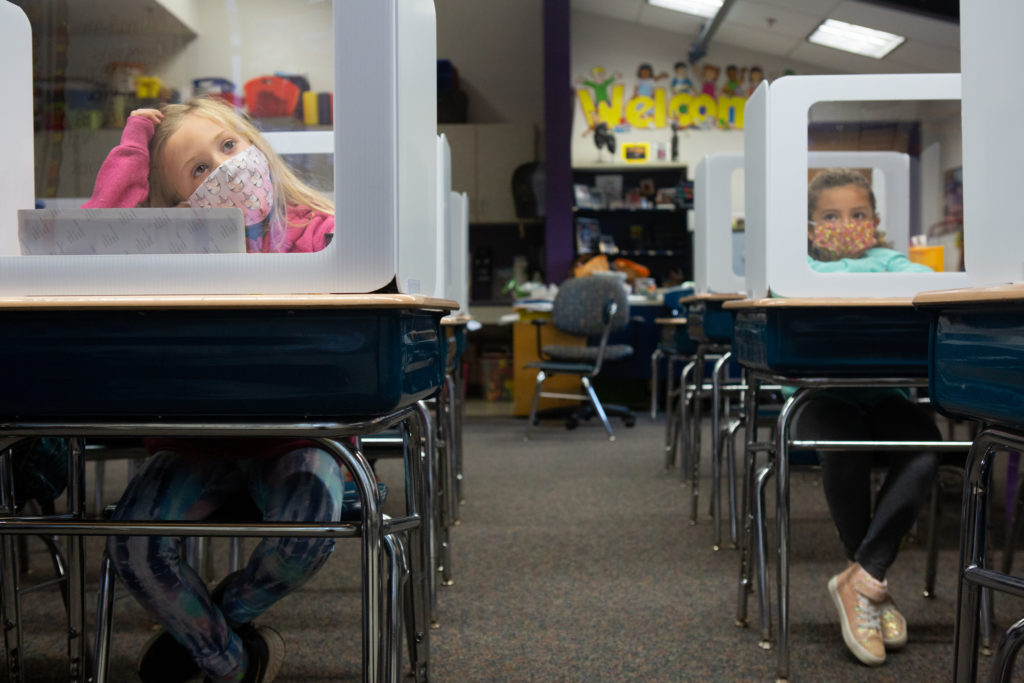 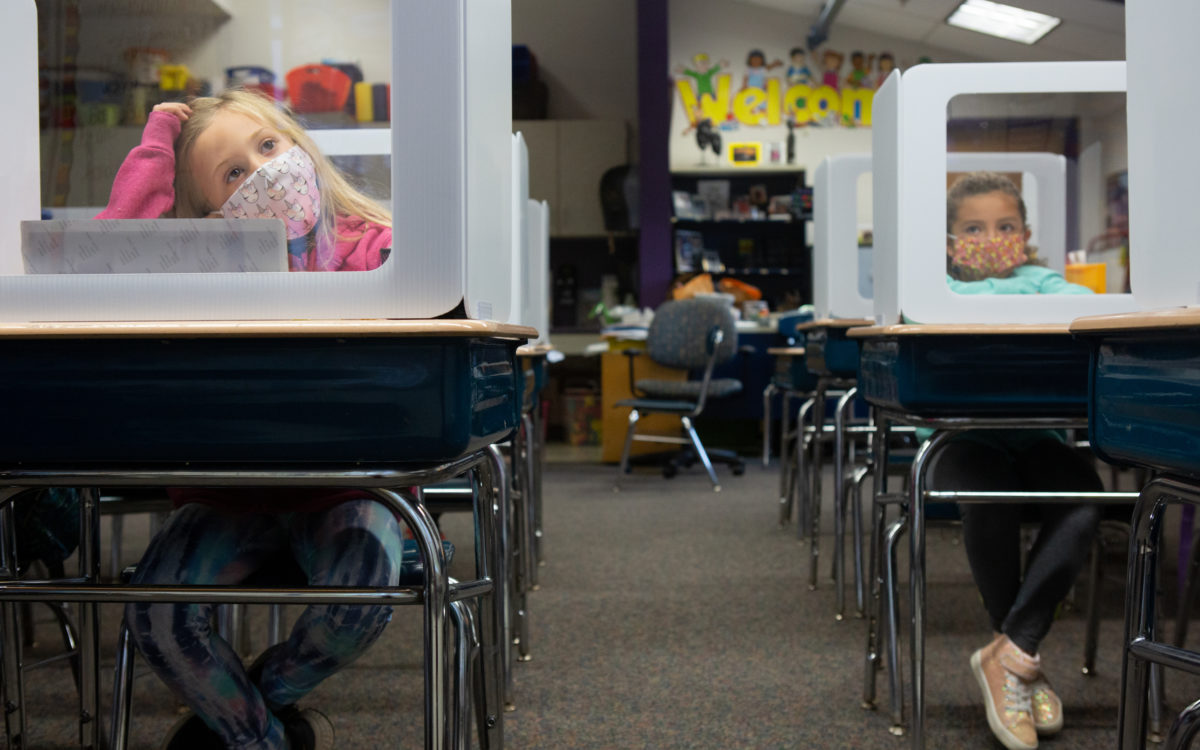 School districts say they now have another reason to be skittish about planning to reopen schools in the spring: new statewide emergency temporary regulations on protecting workers from exposure to Covid-19.

School officials are complaining that the new rules, which went into effect Nov. 30 after adoption by Cal/OSHA earlier in the month, are creating confusion and could significantly raise school districts’ costs. This applies particularly to Covid testing expenses, which districts and county offices of education are responsible for. 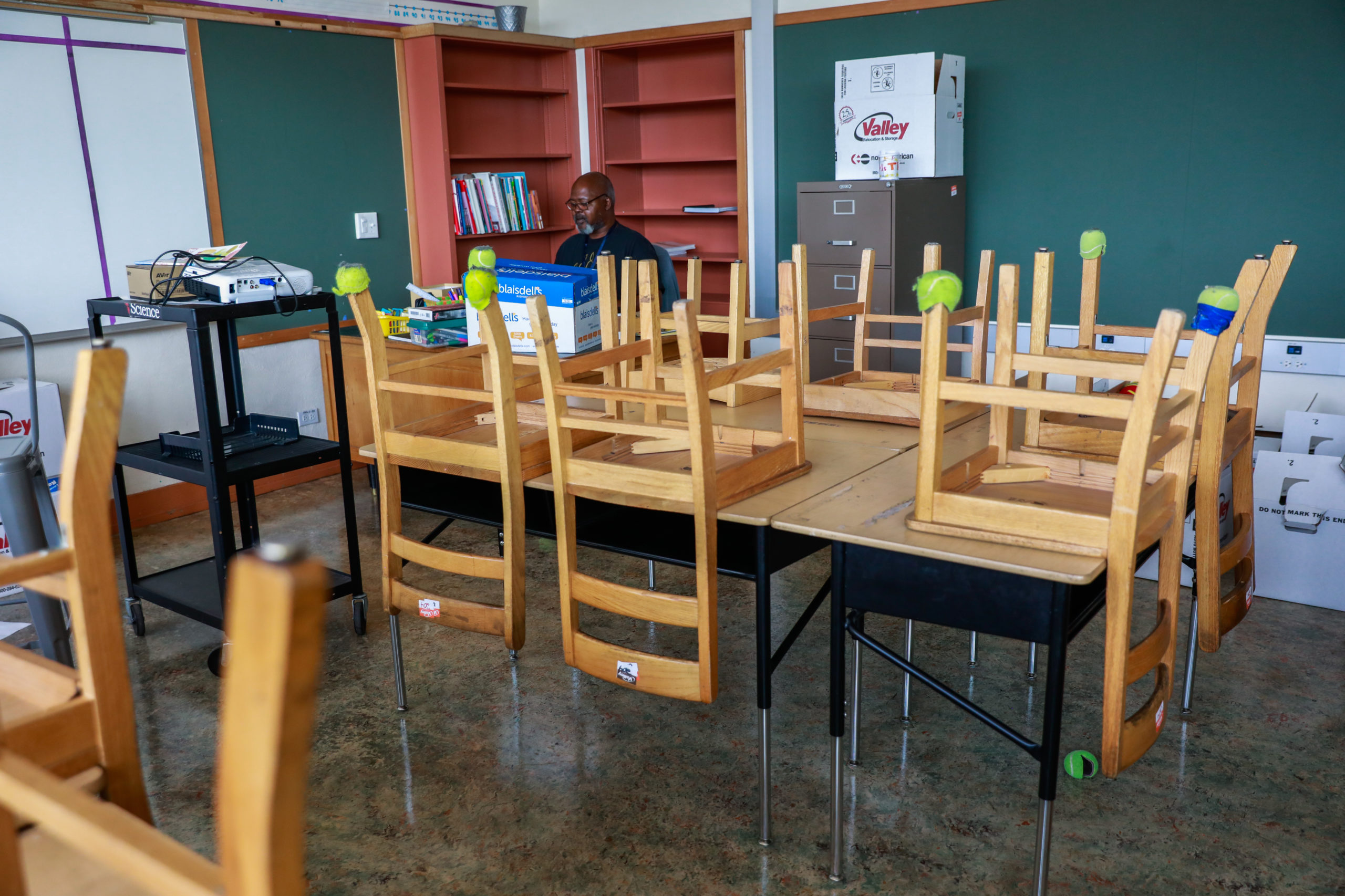 And they view the imposition of the regulations, with Cal/OSHA’s exacting demands for detailed reporting and documentation, as one more burden in an already taxing year.

“The tediousness of it and the timing could not be worse,” said Blanca Cavazos, superintendent of the Taft Union High School District, a two-school, 1,000-student district near Bakersfield, that, with great effort, brought students back into school weeks before the regulations went effect. “We are exhausted now while trying to implement all of the existing safety protocols and procedures to keep schools open. We’re just trying to make it to the winter break.”

The state’s Department of Industrial Relations, which oversees the Division of Occupational Health and Safety, the formal name for Cal/OSHA, scheduled a meeting this week with representatives of businesses to hear their suggestions. School districts and organizations that represent them hope it will incorporate the changes that school districts will propose before adopting the final regulations next year.

Meanwhile, the 180-day emergency temporary regulations were adopted after only a five-day public review, although state officials said they recognize it would take time for employers to carry them out. The regulations apply to all employers — large manufacturing facilities, warehouses, office buildings and small businesses — including schools that were already open for in-person instruction.

“If the regulations hadn’t been jammed through so fast, this confusion could have been avoided. What was the harm in releasing them a few weeks later?” said Laura Preston, a legislative advocate for the Association of California School Administrators.

The regulations stipulate what employers must do to ensure that workers wear face coverings and enforce physical distancing to prevent exposure, and require them to adopt effective policies and procedures to correct unsafe conditions and identify employees exposed to Covid-19 health hazards.

School districts like Taft Union that have fully or partially reopened for small groups of students or under a hybrid model have addressed many of the new requirements. They have already taken precautions like installing sanitation stations, dividers between desks and new HVAC filters, or have plans in put these and other measures in place. But they have used California Department of Public Health guidelines or relied on county health agencies’ variations of those guidelines that reflect local conditions and geography. Some have language encouraging districts to adopt measures “to the extent practicable.” Because mandatory Cal/OSHA regulations have the force of law, with potential fines and penalties behind them, they trump voluntary state and county guidelines.

“The uniqueness of school districts is not addressed in the regulations nor is there any reference to the guidelines,” Preston said. “California Department of Public Health guidelines recognized the variances within school districts throughout the state, while Cal/OSHA regs are a one-size-fits-all.”

The implication is that those districts that reached an agreement with employee unions on school reopening requirements that did not cover all the mandates in the new regulations could have to reopen negotiations and amend their agreements. The length of the negotiations and additional requirements could affect districts’ ability to bring students back in the spring.

Ben Valdepeña, president of the California School Employees Association, which represents school staff who don’t hold teaching credentials, like bus drivers, custodians and kitchen workers, said he favors the regulations without a need for changes. “We’ve been urging the Cal/OSHA Standards Board to adopt new workplace safety regulations that address the challenges of working during this pandemic. We appreciate these changes to protect workers by allowing Cal/OSHA inspectors to cite employers who disregard their employees’ safety,” he said.

The Legislature ordered Cal/OSHA to write the Covid regulations. Although they apply to school districts, they weren’t written with them in mind, while public health guidelines recognize the distinctions, Preston said.

The differences create conflicts in language. Under Cal/OSHA regulations, for example, a worksite must close for 14 days if three or more employees contract the virus. Under state health guidelines, a classroom with students acting as a cohort would have to close for 14 days if a single student or teacher tests positive for the virus. An entire school would revert to distance learning if multiple cohorts are affected or if 5% of students and staff test positive within 14 days.

School management groups will encourage the Department of Industrial Relations to incorporate public health guidelines as they apply to schools for closing and the post-quarantine return to schools, Preston said.

The public health guidelines permit schools to reopen 14 days after an outbreak without staff testing. Cal/OSHA requires testing all potentially exposed employees immediately and then again once each week until no new cases are detected in the workplace. This requirement runs contrary to the advice of the federal Centers for Disease Control and Prevention, according a November 2020 report from the Johns Hopkins Center for Health Security and the Duke-Margolis Center for Health Policy. “CDC does not recommend that people be tested again before leaving isolation because people who have recovered can test positive for several weeks without being infectious,” the report said.

Although a school staff’s testing expenses should be covered by insurance, districts are expecting the expenses will be passed through to districts through higher premiums. The Cal/OSHA testing requirement would not apply to students, but the California Teachers Association has called for student testing for Covid and could demand that districts provide families with the option of testing at no expense as a condition for reopening schools after an outbreak.

“The unfunded mandates in the regulations are concerning,” Preston said. “We are learning that many insurance companies are going to be increasing rates due to the amount of testing we are required to do.”

Another problematic regulation requires testing to be provided during the workday to all employees who had potential Covid-19 exposure at school. That will pose a problem for the many districts that don’t contract for on-site testing and are having trouble finding substitute teachers.

Cavazos said that Taft Union created a plan for returning to school, with a checklist of safety measures that comply with county recommendations. Cal/OSHA’s 21-page template requires districts to detail measures they have undertaken. These include designating high-traffic “hazard areas” and which employees work there. All of this documentation would be burdensome if not overwhelming for tiny human resources departments, like hers, Cavazos said.

They also could be a blueprint for attorneys searching for evidence with which to sue districts for noncompliance, Cavazos said. School districts have sought, unsuccessfully so far, federal or state limited liability protection laws that would put the burden on plaintiffs to prove that they contracted the virus at school and that schools were negligent about safety.

“State officials have said they regard a return to school this spring as a priority, yet regulations like Cal/OSHA could make it more difficult to reopen,” Preston said.