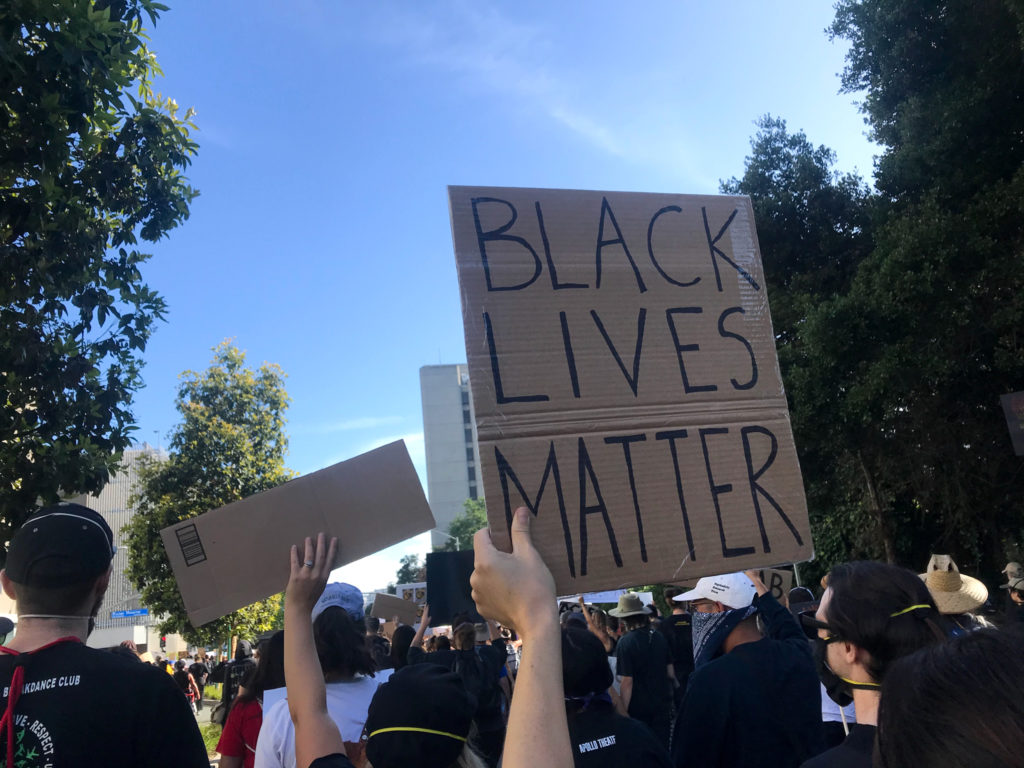 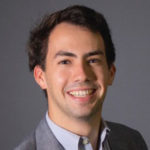 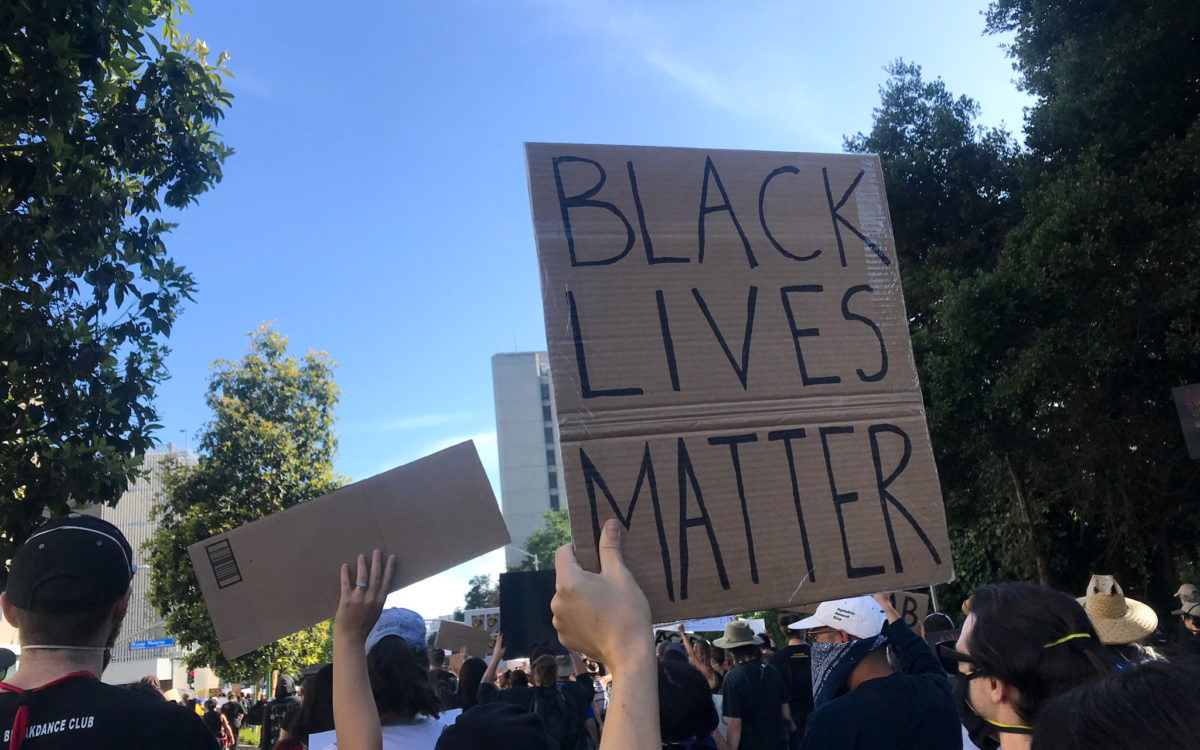 The curriculum change will make San Diego State the first of the 23 California State University campuses to include such a requirement in its criminal justice program.

Several other universities in the system and across the country are now looking to San Diego State as they consider similar race-related reforms to their criminal justice curricula.

“If you look at any aspect of the criminal justice system, you’re going to see racial disparities,” said Roddrick Colvin, a criminal justice professor at SDSU who is helping to develop the new requirement. “Now, it’s time to do something about it. It’s time to advocate and argue for and develop policies that are really going to address this head-on.”

The move, which takes effect in the fall 2021, was initiated by Criminal Justice and Africana studies faculty in response to the national conversation about police brutality against Black Americans.

Four new courses that would meet the requirement are still in the early stages of development, according to Colvin and Paul Kaplan, the director of the criminal justice program. They will be designed to cover how racial bias and discrimination are embedded in the American criminal justice system, as well as explore how racism continues to shape policing.

Students can also fulfill the race-relations requirement by taking Blacks in the American Justice System, an existing course in SDSU’s Africana studies program. The course examines “constitutional principles and judicial decisions” as they apply to the political and social condition of Black Americans. It is serving as a starting point for those developing new courses that more specifically apply to the criminal justice program.

Criminal justice is SDSU’s second-most popular major, graduating 342 students in 2020. Approximately half of the program’s graduates go on to careers in criminal justice, including policing, working in prisons, and nonprofits, according to Patricia Frosio, the program’s internship and career services director.

While a criminal justice degree is not equivalent to police training, the major is popular among law enforcement officials.

Off campus, advocates for more equitable treatment of Blacks are keeping a close eye on the changes coming to SDSU. Darwin Fishman, a member of the San Diego chapter of the Racial Justice Coalition (RJC), hopes the new requirement will spark a culture shift in police departments across the country.

“It looks very good, and that this would make a criminal justice department more progressive,” said Fishman, who is also a lecturer currently working at SDSU. “It’d be rooted in people’s lives that are on the other end of policing.”

Fellow Racial Justice member Yousef Miller is hesitant to give too much credit before seeing results.

“In the Black and Brown community, we have to see things actually hit the street,” Miller said. “We may be cautiously optimistic, but that optimism will come with a lot of scrutiny. Without that, you can have an incomplete product hit the street, and it does as much harm as good.”

He argued that race relations training must extend into police academies and training programs for officers. Otherwise, new officers run the risk of ignoring the role of race in policing.

Implicit bias training for officers was a key priority for Sen. Kamala Harris during her term as California’s Attorney General. Harris, now the presumptive Democratic vice presidential candidate, launched an optional course in implicit bias for training officers in 2015. The program, which was not presented as race-relations training, has since been integrated into California’s formal training for officers.

Laura Murray, a teaching associate working on a master’s degree in criminal justice at SDSU, has seen firsthand the persistent role of race in American law enforcement. As a white woman who was incarcerated on cartel and robbery charges over portions of three decades, her conversations and experiences with Black prisoners revealed to her the systemic inequities inside and outside the cell walls.

“It wasn’t one specific moment. It was me, in my head, trying to process all that [I saw],” Murray said. “And what I came out with was, the system is messed up. The system is wrong.”

Just three years after her release from state prison, Murray is helping SDSU undergraduates see the same racial undercurrent she came to understand.

“I try to tell them, I know you guys are future law-enforcement, and I know you’re going to go into careers as officers, DAs, probation officers,” said Murray. “I want you to see this side of the story.”

Murray is optimistic that a renewed academic focus on race will help address the inequities she witnessed during her time in prison. However, she hopes SDSU’s reforms are only beginning.

Part of a larger movement

The SDSU reform arrives as the California State system prepares for another requirement in the realm of identity-based discrimination.

Gov. Gavin Newsom signed a bill on Monday adding an ethnic studies graduation requirement for all CSU students. Under the new law, which will take effect for the 2021-2022 academic year, students must take one class focused on the experiences of African Americans, Asian Americans, Latin Americans, or Native Americans.

The decision overrules a plan previously approved by the CSU board of trustees, which would have expanded the ethnic studies requirement to also include other courses related to social justice.

Last month, faculty across all 23 CSU campuses issued a report demanding advancement in racial justice across the system. Among other points, the California Faculty Association called for the creation of Black studies departments at each university.

Chief diversity officer Luke Wood of SDSU, who spearheaded the reform, says he has heard from “hundreds” of colleges and universities across California in the country looking to make similar reforms.

“It’s been, in a positive way, almost overwhelming,“ Wood said.

CSU Long Beach, Fullerton, East Bay and San Francisco State and Sonoma State are among those universities preparing for conversations on the topic of criminal justice curricula once faculty return to work in the fall, according to the chairpersons of their faculty senates, which help guide academic changes.

As the first university in the system to pursue requirements specific to race, SDSU faculty and administrators are seen as trusted resources.

“They’re experts in the CSU and in the nation on the larger question of anti-Blackness,” said Jessica Pandya, the chair of the Long Beach State academic senate. “So I’m drawing on their expertise.”

Will Simon is a freelance writer living in Fairfield, Connecticut.