Reinventing a California school under the threat of teacher layoffs 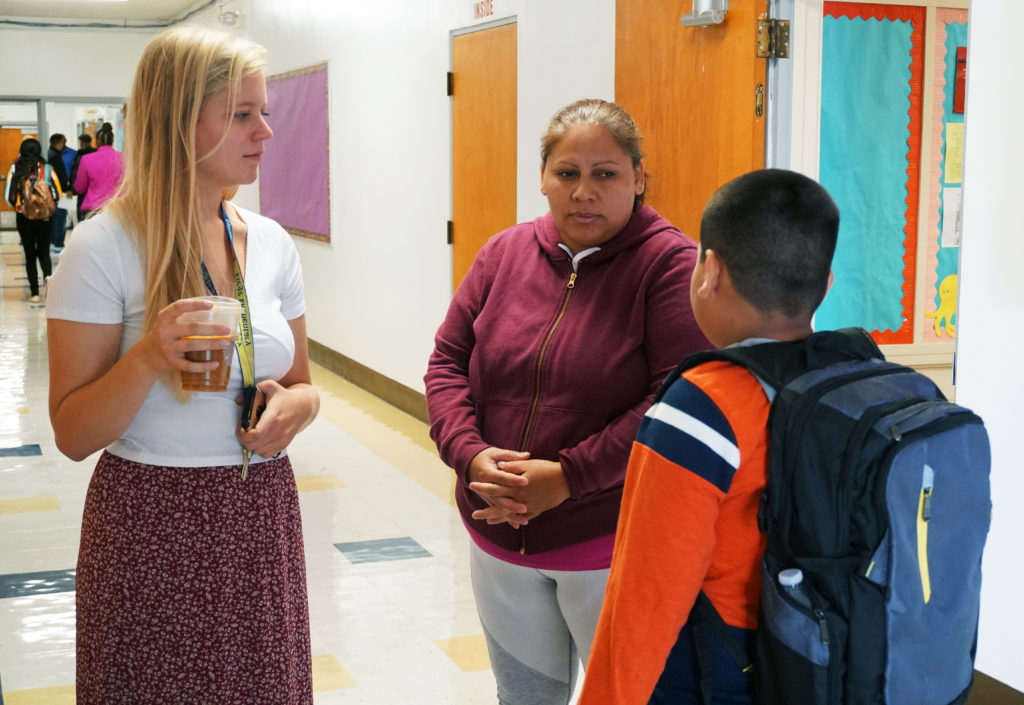 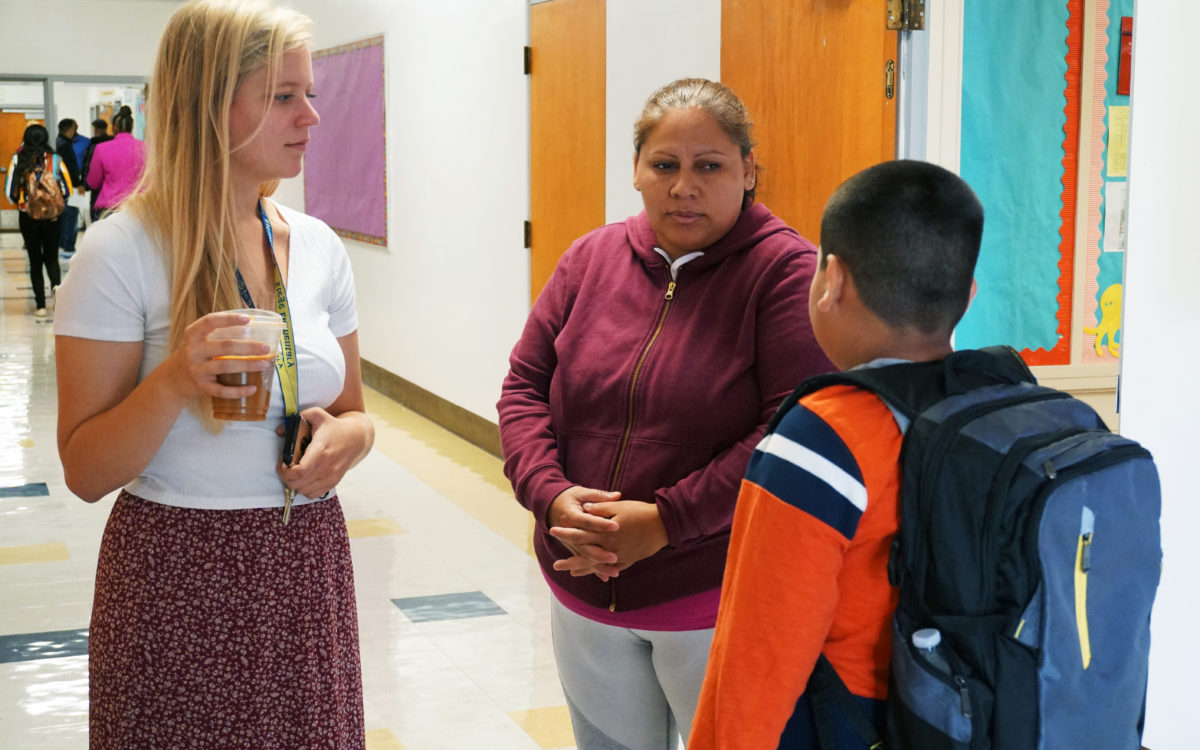 Credit: Andrew Reed/EdSource
Sam Cleare, a third grade teacher, talks to a parent and student on the first day of school Aug. 19.

Credit: Andrew Reed/EdSource
Sam Cleare, a third grade teacher, talks to a parent and student on the first day of school Aug. 19.

The reinvention of a California school is now under the threat of teacher layoffs.

For nearly a year, Stege Elementary, a K-6 school in Richmond has been planning and preparing for an overhaul to improve students’ academic outcomes and attendance, and the school’s climate for learning. Much of that change, so far, has been built on recruiting and training experienced and enthusiastic teachers eager to work with the students, many of whom come from low-income families.

But the threat of teacher layoffs in the West Contra Costa Unified School District could threaten the school’s planned reforms.

Parents, community members and teachers learned last week that the district is considering eliminating 230 teachers starting July 1 to save $22 million.

Editor’s note: This story is part of an occasional series on the challenges facing Stege Elementary in Richmond in the East Bay as it embarks on a plan to transform itself by the fall of 2020. Go here for other stories in this series. Please share your story about Stege Elementary with us.

During the meeting, Board President Tom Panas said, the school could lose up to eight of its 17 teachers, according to a list posted by the district’s teachers’ union. Four teachers from the school received layoff notices last week. Despite the school being listed among the lowest performing in California and targeted for additional help, it won’t receive a reprieve from the cuts. Layoffs are determined by teachers’ seniority within the district and their credentials.

Demetrio Gonzalez, president of the United Teachers of Richmond, the union representing the district’s teachers, said four of the school’s teachers received layoff notices. However, district officials say they hope to rescind the layoffs in May if the district can reach an agreement with unions for other cost-saving measures. On Tuesday, the union announced that it had reached an agreement with the district that would rescind 75 of the 130 layoff notices that were already sent to teachers. Union members have until Friday to vote on the agreement. However, the union is still encouraging teachers and their supporters to protest the layoffs during Wednesday’s school board meeting.

Sam Cleare, who has been teaching third grade at the school for three years, has not received a layoff notice but she worries that the job cuts will impact the reform efforts underway in the school.

“I’m horrified and unbelievably concerned for what’s going to happen with this school,” Cleare said. “There are people who work here and are doing such a great job. Everything is improving. Many promises were made, and a good amount of funding is going toward this redesign process.”

The district and the teachers’ union have invested significant money in improving the school, of about 280 students, who are mostly black or Latino. The district is spending about $55,300 that goes directly to the teachers for 10 additional training days added to the school year. Because the school has had high turnover and is considered hard to staff, the union and the district agreed to give every teacher working there a $10,000 stipend. The district also received about $50,000 in federal funds that became available after the school was listed among the lowest-performing in California in 2018.

“Just as uncertain as you feel, I feel too,” Stege Principal Nicole Ruiz said, to parents at a recent meeting on the school’s progress. “I spent a lot of time last year picking specific people to work here.”

The school is facing a wide range of challenges, including low academic performance and high suspension rates. The school has a nearly 40 percent chronic absenteeism rate. That’s why last year, the school district chose the elementary school for a dramatic redesign that could become a model for how to reform other struggling schools. This academic year was supposed to give staff and the community time to come up with a plan that could begin by the fall of 2020.

Planning for the changes hasn’t been perfect. The school, for example, has been in need of a vice principal to assist Ruiz with coaching teachers or handling students’ behavioral problems. But the district decided last year to put money into hiring experienced teachers.

Cleare said she’s concerned about the emotional and educational impact of layoffs on students and the school community.

“We will do whatever we can to ensure that the students are not feeling the impact of the mistakes of adults,” she said.

But the district’s financial problems could threaten that work. For starters, class sizes at the school could increase. The school’s sixth-grade class is currently at 32 students to one teacher, according to the principal.

And with the district facing significant cuts, the school will lose funding for next year.

“The reality is we’re in a budget crunch and we know that,” said Ruben Aurelio, executive director of elementary schools for the district. “But we were also given the task of dreaming big and to not let that be the fact that limits us.”

Some of the school’s teachers, including Cleare, are on the redesign team. They’ve been a part of some of the early decisions that will determine what the academics and reforms at the school will look like next year. But now, there is a chance some of them may not see those decisions come to fruition.

Cleare said it’s challenging to have been a part of the redesign team and to have worked hard on improving the school, only to learn some colleagues may not be around to see their ideas and plans fulfilled.

“Everyone here works extremely hard,” she said. “It’s not a profession. It’s everyone’s lives. There are many teachers here and other staff members who view this as a lifetime commitment. It’s heartbreaking to me.”