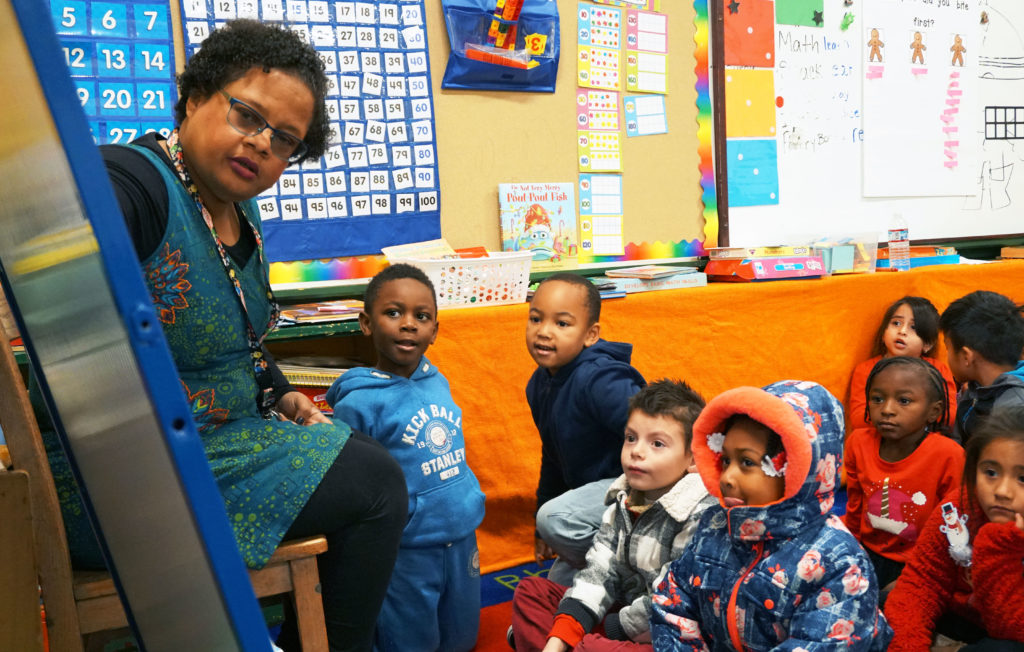 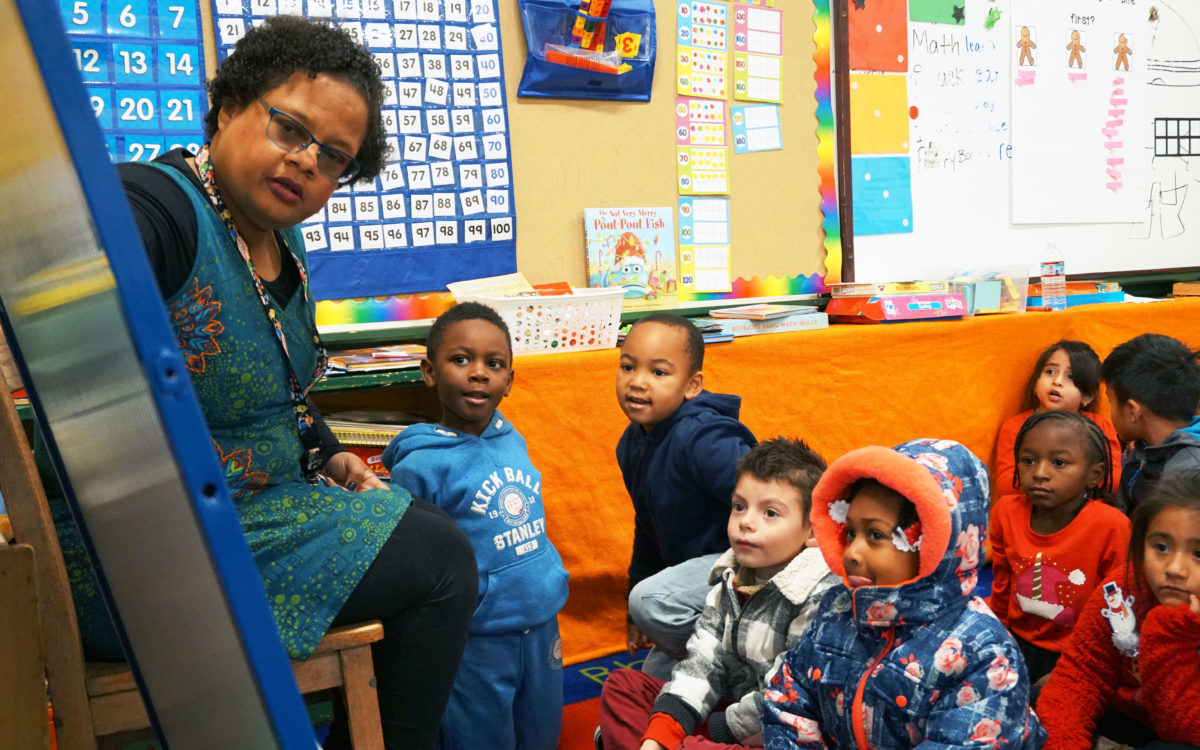 Residents of one San Francisco Bay Area school district are struggling to understand how a budget deficit nearly quadrupled in a matter of months — and are questioning why the district board and public weren’t alerted sooner about the magnitude of the problem.

Last June, West Contra Costa Unified, which includes Richmond and surrounding communities, was grappling with how to deal with a projected $10 million budget deficit. But just a few months later, board members were shocked to discover that the budget deficit had soared to nearly $40 million.

“Why weren’t alarm bells rung as soon as it was discovered?” asked elementary school parent Amy-Lynn Fischer, echoing questions from others at a recent school board meeting.

In fact, Superintendent Matthew Duffy, now in his fourth year as head of the 28,000-student school district, got an early warning of the problem last spring. He says he didn’t publicly report the deficit numbers then because he wasn’t sure they were accurate, due to turnover in leadership of the district’s business department.

Duffy confirmed in an EdSource interview that he learned of the growing deficit last spring, but withheld the information from the public and the school board because he didn’t trust the estimates presented to him by the district’s fiscal staff, whose leadership has turned over four times in the last four years.

“What we did know is we were facing a really large deficit, but I needed to be much more comfortable about what was underneath those numbers,” Duffy told EdSource. “I think it may have been irresponsible to say, ‘Here’s a number,’ when we really weren’t totally clear about that number.”

He sought help from the Contra Costa County Office of Education to be sure he was getting correct information. “All throughout last year, the numbers were fluctuating,” he said. 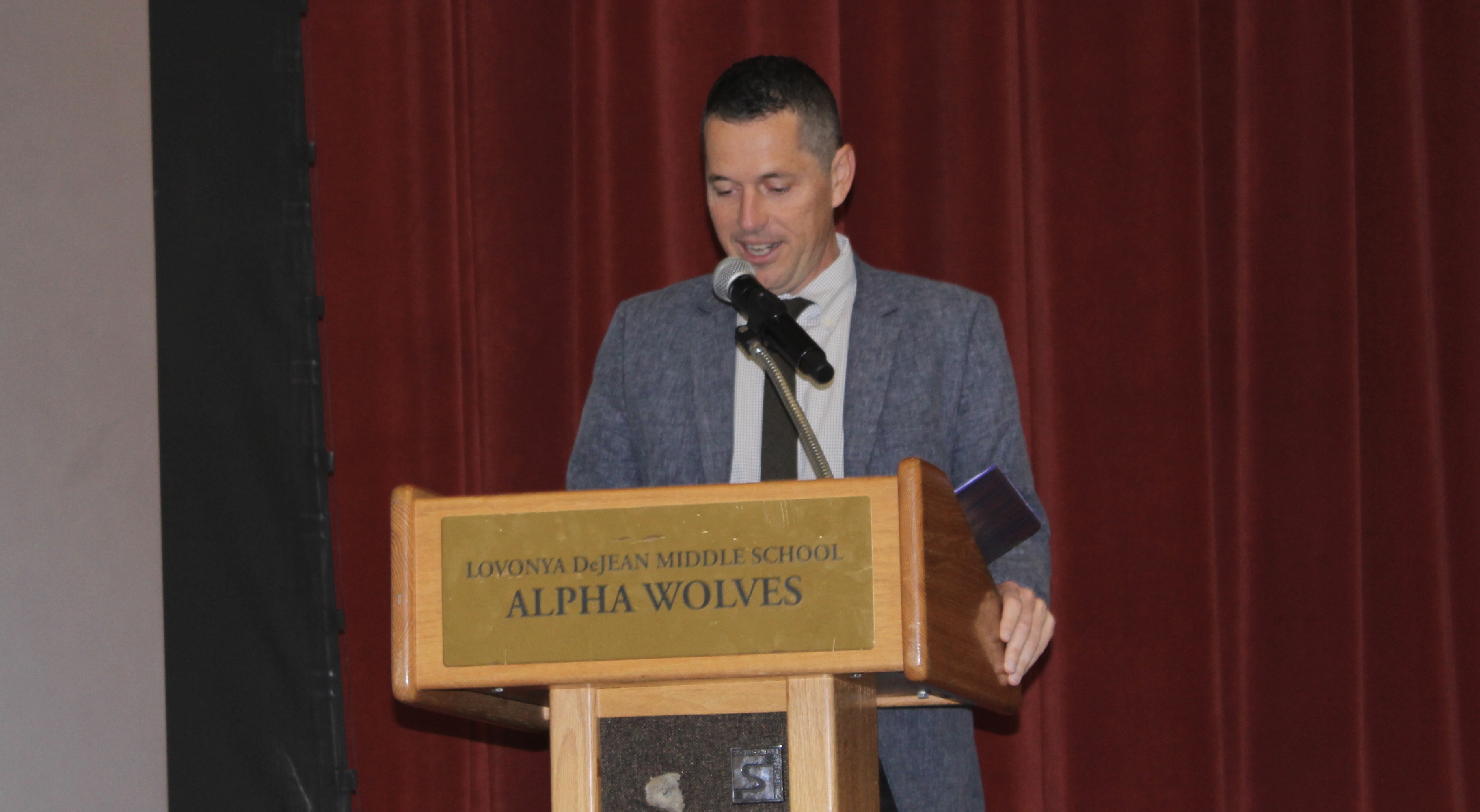 The disclosure that the deficit had grown from $10 million estimated in June for 2018-19, and no deficit estimated in 2019-20, to nearly $40 million this school year, resulted in a closed-door school board meeting in November amid reports from some board members before the meeting who said they believed the meeting was being called to discuss Duffy’s possible ouster. No action was taken after several members of the public urged the board to allow the superintendent to help dig the district out of its fiscal quagmire.

Due to a one-time $4.5 million state preschool grant received this year, the district’s deficit was reduced to $35 million in December, but the ongoing structural deficit is still about $39.5 million, said Tony Wold, the district’s associate superintendent for business services, who was hired in August. 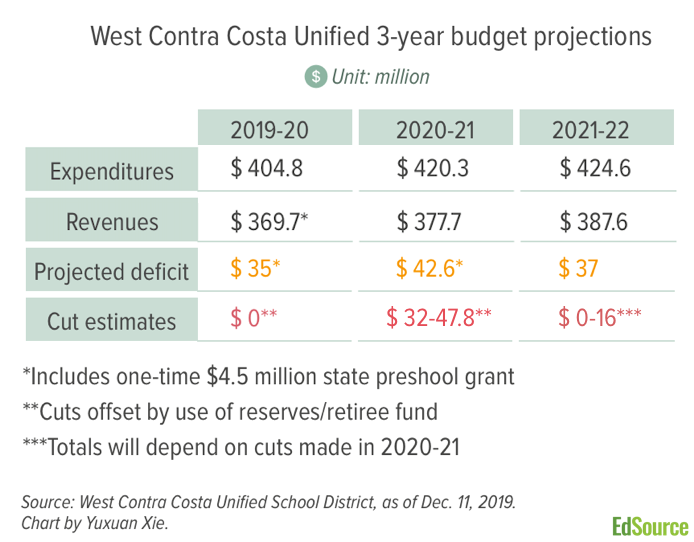 Now, the district board, staff and community are demanding answers about how the deficit has ballooned so quickly. A former district business official has alerted the board that he warned Duffy about the massive deficit in May, and the mayor of Hercules — a small city in the northern part of the district — is calling for an outside fiscal crisis team to formally review the district’s finances.

Meanwhile, union leaders and several community advocates worry that possible increases to class sizes next fall — and layoffs of staff members such as teachers, counselors, librarians and school administrators — could devastate student programs and services.

At the same time, district officials insist that they want to protect the most effective programs to help students succeed, and they may seek to begin or expand innovative programs that could help attract new students and revenues to the district.

Wold, the new head of district finances, said that the district now acknowledges it should have been more proactive in dealing with its budget situation.

“In hindsight, we should have made more cuts” last year, he said.

The district did make some budget cuts to offset pay hikes given to teachers and other staff members in 2018-19, but Duffy now says calculations for those increases — along with costs for reducing class sizes and hiring more assistant principals — were not accurate.

When the district analyzed its budget as the 2018-19 school year was coming to an end, district administrators realized cuts had not been deep enough to offset increased expenses.

Duffy and Wold said the district’s budget predicament can also be traced to two other developments: failure to more closely track expenditures, along with the rising costs of salaries, benefits, contracts and supplies, which outpaced increases in state funding.

Multiple other factors also contributed to the widening deficit, including:

The revolving door in business department leadership contributed to the district’s inability to keep track of its widening deficit, Duffy said.

Wold is the fourth associate superintendent for business services since 2016-17. Longtime chief business official Sheri Gamba retired in 2017, replaced by Christopher Mount-Benites, who left in 2018 to take a job in another district, and John al-Amin, who resigned in May due to personal reasons. In addition, the district’s director of business services left last March to take on the role of chief business official for the Walnut Creek School District.

During this time, the size of the deficit has been at issue.

Wold agreed in an EdSource interview that the district’s previous deficit estimates varied widely, from $15 million to $30 million projected for the fiscal year ending June 30, 2020. His predecessor, al-Amin, has sent an email to board members stating that his staff created an initial 2019-20 budget in May that emphasized the larger budget gap of “over $30 million,” according to a copy of the email obtained by EdSource.

Board member Tom Panas confirmed that he and other board members received al-Amin’s email, after the board met in November in closed session to discuss Duffy’s job performance.

Duffy told the board last month that the deficit problems started in 2017-18, when Mount-Benites estimated the district needed to cut $12.3 million to pay for salary increases for teachers and other staff members, as well as for other items in a contract settlement reached with its teacher and staff unions in July 2017.

“That was the calculation that turned out to be wrong,” Duffy said.

However, he told EdSource the district is still not entirely sure how much larger the calculation should have been, in part because it was unclear how many staff vacancies existed in the district at that the time.

Duffy highlighted two areas that had an especially significant impact on the budget: increased costs for special education and declining student enrollment.

Help from the Contra Costa County Office of Education

The county Office of Education worked with the district to come up with the $360.7 million 2019-20 budget approved by the board at the end of June. But it removed line items for positions that were vacant at the time, as well as for some other operational and books and materials cost cuts that were anticipated, but not yet made. This was done to present a balanced budget and to give the district more time to figure out its true costs before amending its budget in the fall.

In essence, the adopted budget was a place-holder that the county and board knew would need to be updated after the “closing of the books” for 2018-19, Wold said.

After all known costs were added back last month, the board certified a revised 2019-20 budget of $404.8 million as “qualified,” which according to state definitions means that based on current projections, the district may not be able to meet its financial obligations in any one of the next three years unless it makes deep cuts. The county agrees with this assessment, according to county office of education spokesman Terry Koehne.

Officials say the district will be able to cover the deficit for this year, but not for future years, based on its current revenue projections.

The board agreed to meet its deficit this year by using $18.8 million from the district’s reserve fund and tapping a fund that the district had created to pay for retiree benefits.

But those are just temporary fixes that will not erase the projected deficit for next year. Wold told EdSource the district was required to report its deficit for 2020-21 to the state in December as $42.7 million because it hasn’t yet spent the one-time preschool grant, but the deficit will rise back up to nearly $48 million after that expenditure is processed, he said.

Wold added that the district may take two years to close that deficit by slashing $32 million next year and borrowing another $15.6 million from the fund to pay for retiree costs, then cutting another $16 million the following year.

At least two county office of education staff members are helping the district to implement better cost controls, county spokesman Koehne said. In addition, the district is consulting with the Fiscal Crisis Management Assistance Team, or FCMAT – an agency established by the state to help districts in financial distress – on “best practices” related to its budget, he said. If the district fails to identify the budget cuts as promised, the county could ask FCMAT to assume a greater role in helping West Contra Costa to get back on track.

“If we feel there isn’t enough progress being made,” Koehne said, “we can choose to alter course.”