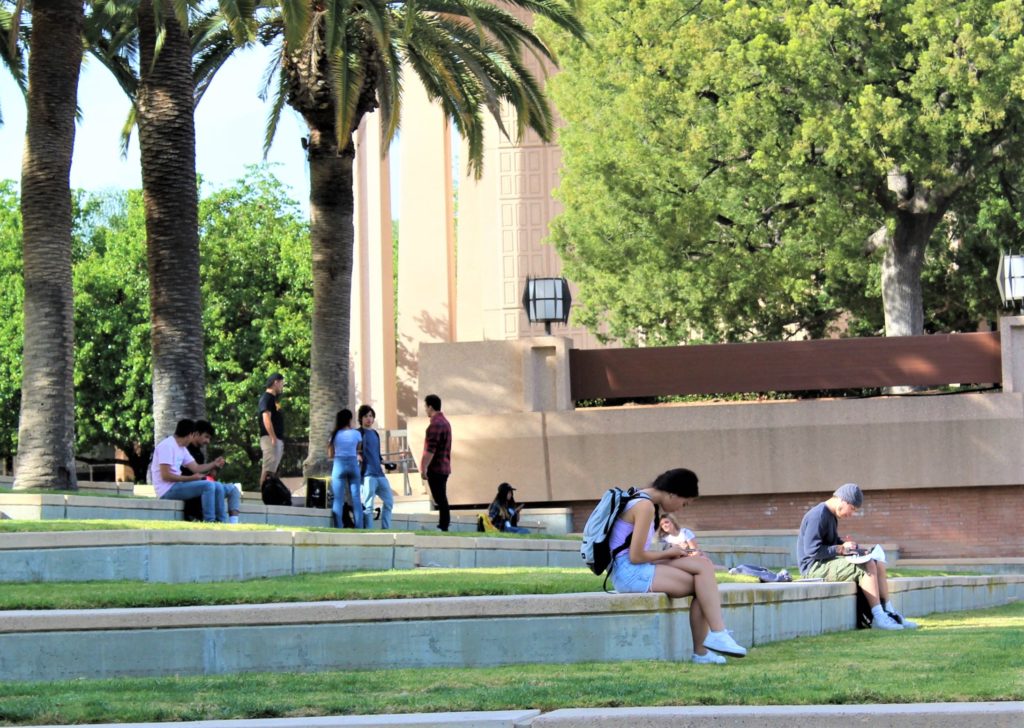 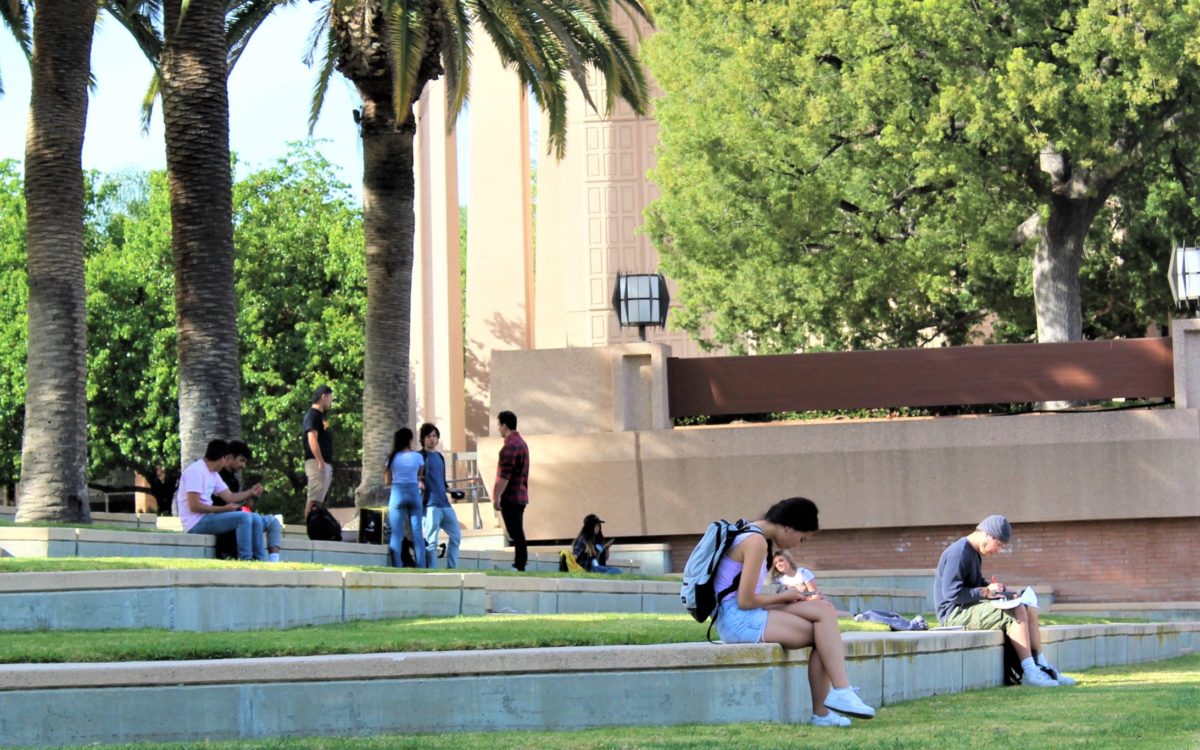 After last month’s defeat of a California ballot measure to revive affirmative action in higher education admissions and hiring, other ways to increase diversity among faculty and students at the state’s colleges and universities are moving front and center.

Disappointed supporters of Proposition 16 are adjusting to the reality that they failed to overturn the state’s 24-year-old ban on affirmative action. But they, along with some opponents of Prop 16, also advocate for alternatives that could bolster the enrollment and graduation rates of Black, Latino and Native American students at the state’s higher education campuses without violating the law that forbids any racial preferences. Proposition 16’s loss should propel expansion of efforts long underway and the start of new ones, focusing especially on low-income students and those who are in the first generation of their families to attend college, they say.

“There were high hopes for Proposition 16. But I do think, given we have 24 years of experience in trying to attract and retain students without affirmative action, that it’s time to double down,” said Assemblyman Jose Medina (D-Riverside) who chairs the Assembly Higher Education Committee.

Elisha Smith Arrillaga, executive director of Ed Trust-West, a nonprofit student advocacy organization, agreed. “Even in the absence of affirmative action, there are lots of steps universities, colleges and K-12 can take to make sure we can close the equity gaps we see,” she said.

In that spirit, EdSource surveyed education, political and civil rights experts, including opponents of affirmative action, for ideas on ways to increase the number of students of color in California higher education and get more of them to earn bachelor’s degrees. The efforts, they say, will be especially important to counteract declining enrollments at some campuses because of the pandemic and resistance to online classes.

Here are ten of those ideas, culled from interviews and email exchanges. Each of the ten surely has political, financial and educational challenges and maybe even unexpected consequences. Some are as easy as a change in nomenclature; others, such as a vast expansion of financial aid, would be extraordinarily expensive. But in the New Year’s spirit of optimistic resolutions and turning the page to something different, we present them without judgment here more as discussion points than as fully weighed options.

With no ranking intended, they include:

Ideas at a glance:

Increase targeted recruiting and long-term cultivation of applicants at high schools that enroll large number of Blacks, Latinos and Native Americans but send low numbers of graduates on to UC and CSU. Community groups serving those populations should be targeted too. All that, backers say, can be done without violating the ban on racial affirmative action that began with the passage of Proposition 209 in 1996. Such recruiting is legal because it does not grant admission but simply lets students know about the possibilities ahead, according to Nicole Gon Ochi, senior staff attorney at Public Advocates, a public interest law firm that has helped low-income California students. “UC should do more outreach and encourage more students of color to apply,” Ochi said. Some suggest a widespread effort by universities to adopt and support high schools.

A-G Courses for All

All California high school students should be required to take and pass the 15 courses, known as A-G, that both UC and CSU require as a minimum entrance requirement. The universities mandate at least a C grade in those courses. Too many low-income students and students of color now do not take those classes or don’t even know of their importance, officials say. “These absolutely should be required,” said Michele Siqueiros, president of the Campaign for College Opportunity, an organization that seeks greater student access to higher education. While state graduation requirements demand less, about half of the K-12 school districts in California require the more rigorous A-G courses for a diploma, according to a 2017 survey by the Public Policy Institute of California. However, some, like Los Angeles, pulled back to allowing a D grade in those courses after too many students failed to graduate with the previous C-grade mandate.

Expand and improve college preparatory programs in high school and summer bridge programs at college campuses. Those can benefit low-income and minority students who don’t have access to many Advanced Placement classes, enrichment courses and personalized counseling. Many of these students would be the first in their families to attend college. Those programs “are a really important tool” to help high school students transition successfully to college, said Arrillaga of Ed Trust-West. More high schools should partner with community colleges so students can concurrently enroll in both and earn early college credit, she and others said.

Allow a student’s family wealth, not just annual income, to become an important factor in admissions. UC now gives low-income applicants some extra consideration. This next step would be to more fully evaluate a family’s real estate ownership (or lack of) and other investments to possibly offset generations of advantages accumulated by more affluent families, backers say. “UC could boost racial and economic diversity even further by considering the wealth — as opposed to just the income — of applicants,” said Richard Kahlenberg, a senior fellow at the Century Foundation and a higher education expert. He opposed Prop 16, saying it mainly would have helped affluent Black and Latino applicants. “Students who come from low-wealth families and did well despite that obstacle, deserve special consideration. And wealth also better captures our nation’s history of slavery, segregation and discrimination than does income,” he said.

Reevaluate, limit or eliminate the grade bonuses given to students who take a lot of honors or Advanced Placement courses in high school. UC and CSU applications allow a grade point increase for as many as eight semesters of those courses. In this so-called weighted GPA system, a 2.0, or C, in honors Chemistry is counted as a 3.0 or B. Such weighted GPAs provide “problematic” advantages in competitive admissions decisions, said Thomas Saenz, president and general counsel of the Mexican American Legal Defense and Educational Fund, the civil rights group. Not only do affluent schools offer more of those courses but students’ access to courses may differ in the same high school based on sometimes unfair judgments by counselors or teachers, he said. Bias, subconscious or not, can cut off a students’ access to those classes and to the extra boost in a weighted GPA, he said.

Either get rid of standardized tests such as SAT/ACT as admissions requirement or create a more equitable exam linked directly to what students learn in California high schools. Since the pandemic eliminated most testing sessions, this year will be a trial run for those changes and their impact on enrollments. Opponents of the standardized tests contend that they are biased against Black and Latino students and have long harmed their college admissions chances — a charge that test creators and some faculty leaders insist is not true. UC has made the SAT and ACT tests optional for the next two years. Those test scores then will not be considered for the following two years while the university tries to create its own exam or adapt an existing one. One possibility is to use a revised Smarter Balanced Assessment test now given to K-12 students. CSU has dropped test score requirements this year and may join UC in creating a new exam.

Treat applicants from federally recognized Native American tribal communities as if they come from a political-geographic unit rather than from an ethnic group. That way they can be given some special admissions consideration without violating Proposition 209, said William Kidder, a research associate at UCLA’s Civil Rights Project. With very small numbers of Native American enrollments at UC and CSU, the change is worth considering since Native American communities are so geographically spread out and difficult to target with high school recruiting, Kidder added. Native Americans comprise about 0.6 % of California’s high school graduates but their presence at UC and CSU is a tiny fraction of that.

Boldly expand state and federal financial aid for the neediest students to cover the full cost of attendance and living expenses. Create debt-free pathways for students to attend public universities. “The total cost of attendance for UC students continues to be a deterrent and barrier to low-income and underrepresented students seeking admission and graduating from UC,” said Aidan Arasasingham, president of the UC Student Association. Similar plans were discussed in the Legislature, but stalled because of the price tag — estimated to double the current $2 billion or so spent on Cal Grants. A related idea would expand and make permanent a pilot program giving summer Cal Grants. That would allow thousands of students to take additional courses, move more quickly towards graduation and take on less of the debt that causes some students to drop out, the UC student leader said.

Do everything possible and legal to diversify the faculty at the state’s public colleges and universities. That professoriate is overwhelmingly white, research has shown. Black, Latino and other students will feel more welcome and supported if they see more professors who look like them and share cultural values and experiences, supporters contend. A recent report by a California Community Colleges task force noted that having faculty of diverse racial and ethnic backgrounds has “a positive impact on student educational outcomes.” Faculty diversity also reduces the likelihood of implicit bias that could drive away students of color, the study said. Colleges and universities can ensure the hiring pool is more diverse without violating the ban on affirmative action, backers say. Steps could include more recruiting at colleges with large populations of Black and Latino students and faculty and hiring more faculty who have a positive track record of teaching underrepresented students.

Make it easier to transfer from community colleges to four-year institutions with the right courses and credits. Also investigate why Black students in particular are not benefiting enough from efforts to boost transfer numbers. In April 2018, a much-praised agreement was announced to create new guarantees for California community college students to transfer to a UC if they complete sequences of courses in 21 subject areas and have good enough grades. Since 2018, however, progress has been slow in negotiations between UC and community colleges over which courses students should take and what material should be taught in them, officials said. Only two of the 21 pathways — chemistry and physics — are fully approved, according to Marty Alvarado, the community college system’s executive vice chancellor for educational services and support. “There’s been progress, but there’s certainly more work to be done,” she said, citing the pandemic as one of the reasons for delays. A parallel system streamlining transfers to the CSU system through the Associate Degree for Transfer has been in place for nearly a decade and is widely used. Yet, the numbers of Black students who transferred to a CSU or UC have barely increased in recent years, according to a recent community college system update. “The hope of expanded opportunity for transfer has not yet been realized,” the document said.

Leave a Reply to Bob Sanders