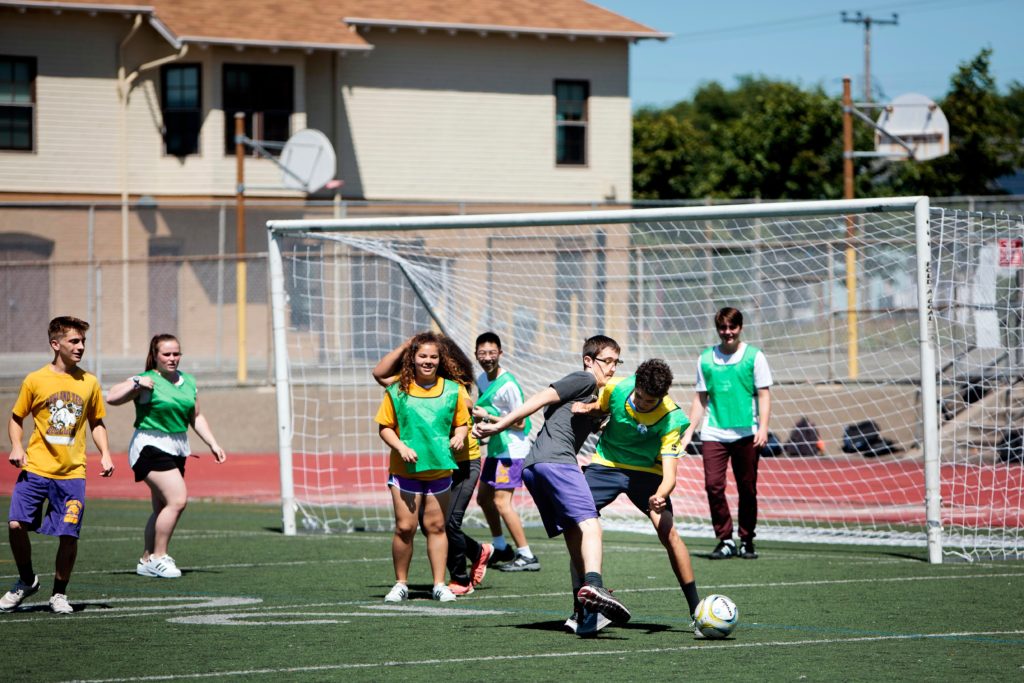 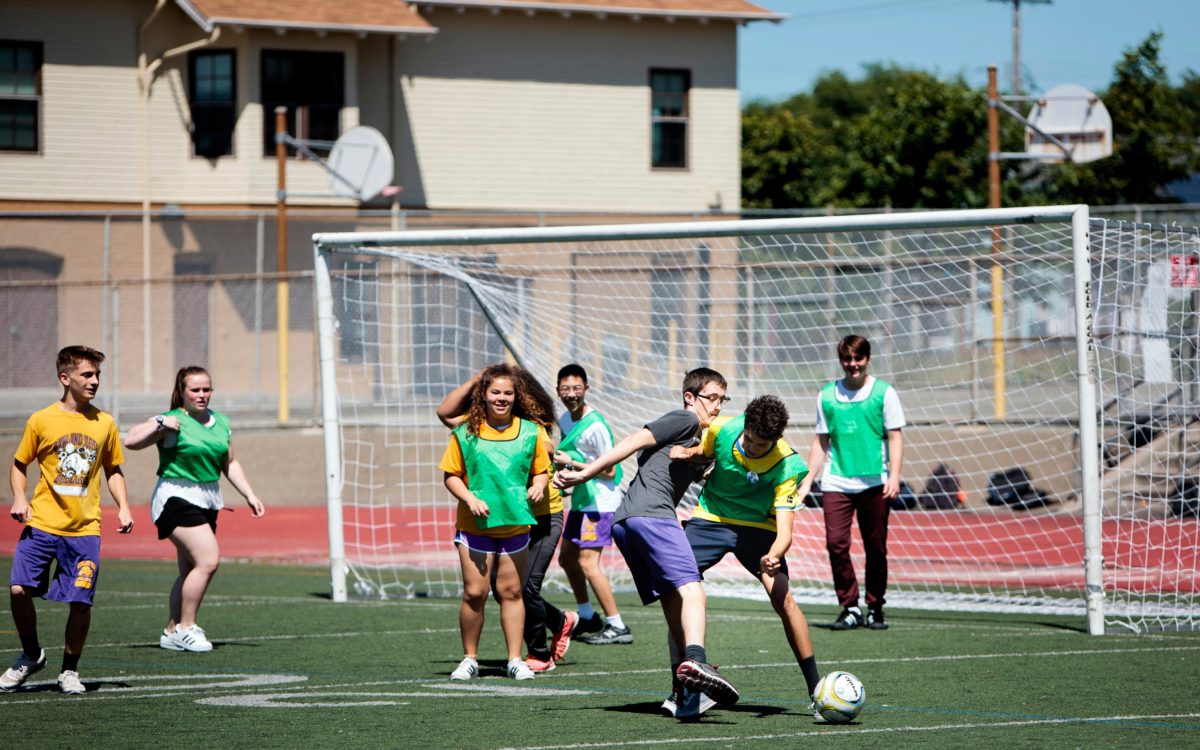 California’s physical fitness test, a fixture in schools for 25 years, is set to be eliminated because it measures students’ body fat, too often inciting shame and anxiety among students, under a proposal by Gov. Gavin Newsom. But some cautioned that eliminating the test altogether might lead to less accountability and lower expectations for physical education, at a time when 30 percent of California adolescents are overweight or obese, according to the Data Center for Child and Adolescent Health.

Linda Darling-Hammond, president of California’s State Board of Education, supports eliminating the test and replacing it with another assessment.

“A good physical fitness program is so important to our students’ overall health and well-being, especially at a time when we see rising rates of diabetes and obesity among young people,” said Darling-Hammond.

“That said, we cannot ignore the concerns of educators, parents and students who have seen the use of the (portion of the test that measures body fat) result in unrealistic goals that undermine athleticism while promoting body shaming, eating disorders and suicidal ideation among young people.”

The fitness test, a commercially available test called FitnessGram, has been required for most 5th-, 7th- and 9th-graders since 1996. It measures students’ ability to perform certain athletic exercises, such as pull-ups, sit-ups and running a mile. The controversial aspect involves measuring students’ “body composition,” in which teachers measure students’ height and weight or record the amount of fat in their skin folds, according to the test manual.

The test is not part of students’ P.E. grades or a factor in satisfying most schools’ P.E. requirement, but the results are submitted to the Department of Education and available on Ed-Data and Data Quest, broken down by school and district. Some districts mail students’ individual results to parents.

Creators of the test say it’s a way to combat childhood obesity and track students’ progress in maintaining healthy weights. But critics said this section can lead to anxiety, shame and bullying among students, and the data is rarely used. Teachers are supposed to talk to students and their families if a student’s body-fat measurements are overly high or low, but that rarely happens, some teachers said. In addition, a student’s weight is not necessarily an indicator of their health or fitness, according to the Centers for Disease Control.

“It’s adding to the magnifying glass that adolescents already tend to feel they’re under,” said Lindsey Bruett, an assistant professor of psychiatry at UC San Francisco who specializes in eating disorders. “We need assessments that are supporting, rather than harming, the health and well-being of our young people.”

The test also requires students to register their gender, which could be uncomfortable for students who don’t identify with their gender at birth, Bruett said.

Under Newsom’s proposal, which is part of his 2020-21 budget plan, the California Department of Education would suspend the current test for three years while officials find an alternate way to measure students’ physical fitness. If the proposal passes, the P.E. test could be eliminated as soon as the 2020-21 school year, although students would still be required to take physical education classes.

The test was originally adopted in 1996 as a way to assess students’ levels of physical fitness and record their progress, hopefully encouraging them to develop lifelong exercise habits, according to the Department of Education.

California adopted new P.E. standards in 2005 that outline the skills students should learn in P.E., such as how to dribble a ball and play on a team, how to strengthen muscles and increase aerobic capacity, and how to set fitness goals. The state does not assess students on the standards, and the test is not directly tied to the standards.

A 2018 study by researchers at Louisiana State University and Adelphi University found that FitnessGram tests had little effect on whether middle grade students viewed P.E. negatively, and didn’t serve much purpose overall. The tests usually weren’t aligned with the curriculum, and the results were rarely used to measure or improve students’ progress.

Called FitnessGram, the test was created by the Cooper Institute, a nonprofit in Dallas, Texas that promotes physical exercise and health. The FitnessGram test is used in several states, including Texas and South Carolina, as well as New York City.

Amber Freeland, a spokeswoman for the Cooper Institute, had no comment on Newsom’s plan to eliminate the test but said the organization is closely monitoring the issue.

According to the organization’s website, the body composition portion of the test is an important way to measure students’ overall health.

“FitnessGram believes it is important to educate youth and parents about appropriate levels of body composition. Some body fat is needed for overall good health, but too much can lead to health problems, including high blood pressure, high cholesterol, type 2 diabetes and heart disease. Overweight youth are at a higher risk for becoming overweight adults. Therefore, by maintaining a healthy weight a child can potentially reduce their future risk of health problems.”

Claire Brindis, pediatrics professor at UC San Francisco and co-director of the Adolescent and Young Adult Health National Resource Center, cautioned against a shift away from P.E. assessments. Childhood obesity remains a serious public health concern, and school is where most children have access to exercise and information about health and fitness, she said.

If bullying is a problem associated with the P.E. test, then anti-bullying education is a better solution than eliminating the entire test, she said. Scrapping the test even for three years might result in schools downplaying the importance of physical activity.

“What gets measured is what gets done in schools,” she said. “My worry is that schools are going to misinterpret this as a window to dilute physical education. I’m afraid we’re sending a mixed message and we’re going to have unintended consequences.”

Ideally, physical exercise would be part of students’ activities throughout the day, giving students a regular chance to clear their heads, have fun and “let off steam,” Brindis said. Assessments would be based on students’ individual progress and goals.

“We know the vital importance of physical activity for young people,” she said. “We need to make sure we encourage schools to pass that message along to their students.”

Emily Reynolds, a P.E. teacher at Rancho Medanos Junior High School in Pittsburg, in the East Bay Area, said she’d be happy to see the test go as long as it’s replaced with something else.

“The test is so outdated, and we don’t use the data for anything,” she said. “Does anyone even look at the data? It’d be better if we had assessments that are actually aligned with the standards.”

P.E. should be given the same emphasis as math and English, she said, with the same high expectations for student engagement and teachers’ professionalism.

Reynolds said the test takes two or three weeks to administer, time that could be spent on activities that students enjoy more, like volleyball or capture the flag. And most students can’t do the required exercises anyway, she said.

“One kid might be able to do 50 push-ups, and it’s like, ‘Cool, here’s an award,’” said Reynolds, who’s been teaching for 13 years. “But what about the kid who can only do one, and feels like crap? You want your students to see progress and feel good about what they’re doing.”

But assessments are important in P.E. classes, she said, because otherwise there’s little accountability as to what students are learning and accomplishing in P.E., she said.

The Society of Fitness and Health Educators, a national professional organization for P.E. teachers, is in favor of physical fitness tests generally but said the body-mass portion should be handled with sensitivity.

“Even though it comes with challenges, fitness testing is worthwhile because it provides students with information about their health-related fitness and alerts them to potential health risks to which they might not otherwise have access,” according to the organization’s guidelines for teachers. “Measuring body composition is particularly sensitive in nature, so educators must take extra precaution when collecting that information. Educators must teach students why it’s important to measure body composition and must provide them with as much privacy as possible to help them feel safe and comfortable while their height and weight is being collected and recorded.”

The Centers for Disease Control and Prevention says that the best way to prevent childhood obesity in schools is not through body-mass testing, but through a comprehensive health curriculum that includes families, after-school programs, pediatricians and community groups.

“This kind of approach aims to support the health and well-being of all students,” according to the CDC website. “It does not single out students according to their weight status or body size. To avoid embarrassing or shaming students, schools should not emphasize physical appearances or reinforce negative stereotypes about obesity.”