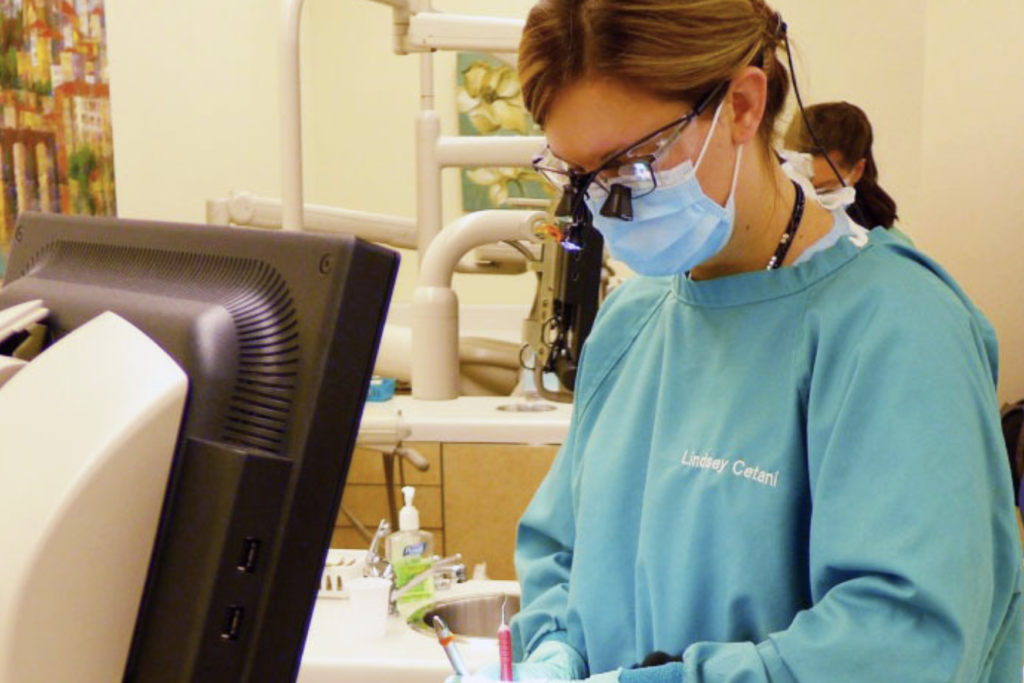 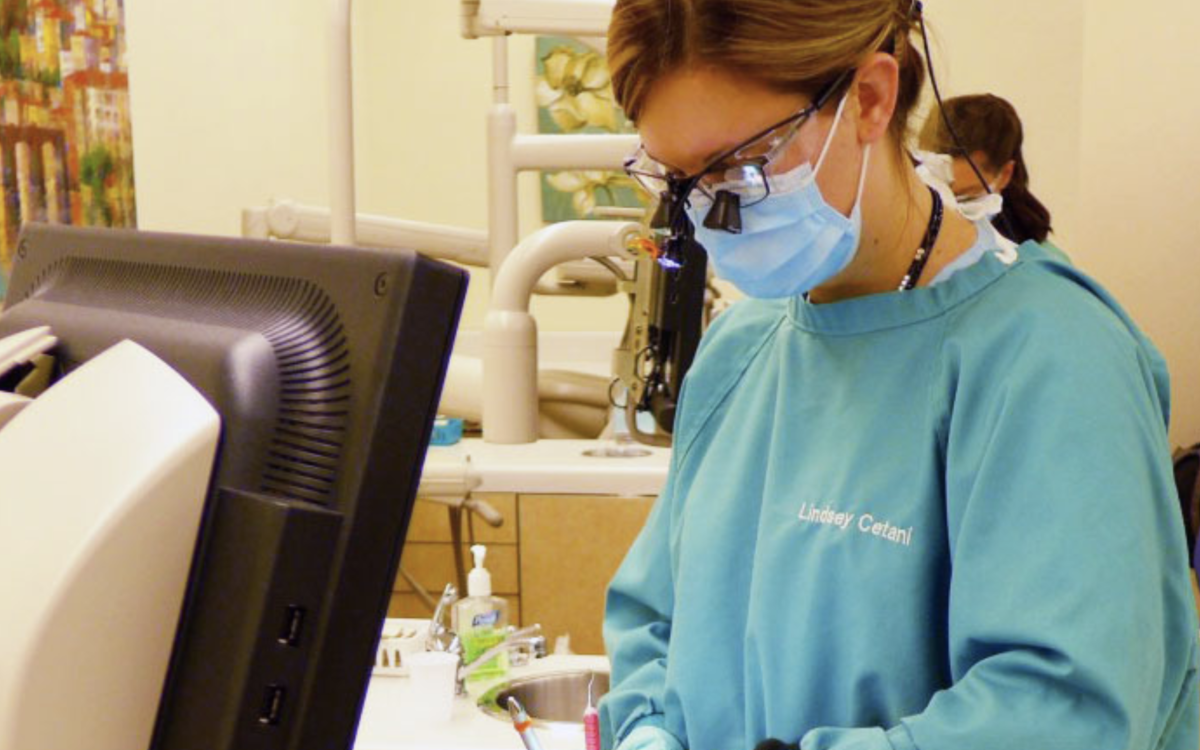 California’s experiment of allowing community colleges to grant bachelor’s degrees shows promise of benefiting students but partnering with universities may be a better alternative.

That’s the conclusion of a state Legislative Analyst’s Office report that says there may be other more effective options to meeting students’ needs and improving the state’s workforce than the colleges awarding bachelor’s degrees.

“We found little evidence that graduates from these pilot programs were better prepared to fill these positions compared to those with other bachelor’s degrees or that pilot program graduates were helping employers fill hard-to-staff positions,” according to the report released Friday by the Legislative Analyst’s Office, known as the LAO. “The most common benefit of the pilot cited by students was the relatively low cost of attending the community college bachelor’s degree programs.”

The LAO, a nonpartisan state agency has been studying the Bachelor’s Degree Pilot program for California Community Colleges since 2016. The legislature approved 11 programs ranging from bio-manufacturing and dental hygiene to occupational studies and mortuary science at 15 colleges. They created the pilot to address what California companies need in terms of skilled workers and ways to increase the number of adults with bachelor’s degrees.

Just over half of the students participating in the pilot said they would not have pursued a four-year degree if the community college had not offered one.

The LAO report found no issues with the academic quality or rigor of the pilot programs. It said they particularly benefited students with an associate degree in the same major and related work experience in the industry. And the report found that the graduation rates of these students were better than those of CSU transfer students. For ten of the pilot programs, 75 percent of students graduated in three years compared to 70 percent of CSU transfers.

California Community Colleges Chancellor Eloy Ortiz Oakley said in a statement to EdSource that many of the report’s findings align with his and the system’s perspectives.

“These programs are serving many students who might not otherwise have a path to a bachelor’s degree,” he said. “The programs are of high quality and lead to meaningful jobs for graduates. We agree that the process used to select the 15 pilot colleges can be improved upon and will recommend changes if the legislature seeks to expand the bachelor’s degree pilot program.”

The LAO also criticized the amount of time the colleges had to apply to participate in the pilot. The system reviewed the applications and granted their approval within one month and there wasn’t much consultation with the California State University system, according to the report.

In California, the LAO had concerns with the small size of the program: “Low enrollment levels after three or four years of operation suggest student demand for bachelor’s degrees in the particular fields selected is limited. In addition, colleges operating small programs likely are incurring higher per-student costs, as the student-to-faculty ratio is a principal driver of costs.”

Of the 15 pilot programs, six had an average of fewer than 15 students.

The benefits to companies was also unclear. While there is broad support for the pilot programs, employers didn’t provide evidence that they were having difficulty filling positions, were willing to pay bachelor’s degree holders more, or that they preferred candidates with a four-year degree. Only 7 of the 15 pilots met at least one of those criteria, according to the report.

Instead, the LAO recommends developing more short-term, targeted training programs for students who already hold an associate degree and want to move up the career ladder. Those programs should be developed between employers, colleges and universities, according to the LAO.

“Such training could be particularly effective for employees that already have an associate degree and considerable technical skills but may need additional training to be promoted to supervisory positions,” according to the report.

A second option would be aligning community colleges with CSU to increase the number of students who ultimately achieve a bachelor’s degree while also reducing the amount of time it takes for them to achieve them.

The LAO highlights a new concurrent enrollment program in nursing at Riverside City College in Riverside County. That program, the Tri-County Nursing Pathway, partners with CSU Fullerton and CSU San Bernardino allows associate degree nursing students to obtain their bachelor’s degree concurrently. They enroll in the CSU courses while still completing the two-year degree requirements. The program only adds six months of additional classes for the four-year degree. Forty students started the program this year and Riverside officials are hopeful it could be a model for other parts of the state.

Sandy Baker, a registered nurse and dean of nursing at Riverside, said she believes the community colleges should offer the bachelor’s degree of nursing and the college’s concurrent program could be the first step to doing so.

“It’s been successful in other states and it could be successful in California,” she said. “If we start with concurrent enrollment and it’s successful that might segue down the road to show this obviously can work.”

Nursing was excluded from the list of approved degree programs in the pilot despite an industry-wide goal to increase the number of registered nurses in the field with a bachelor’s degree. Ten years ago, the National Institute of Medicine established a goal for 80 percent of nurses nationally to hold a four-year degree by 2020, but that goal hasn’t been reached. That goal is a part of a larger trend of entry-level degree requirements for careers that once only required a certificate or associate degree shifting to requiring a four-year degree.

“Many of these workforce fields now prefer the bachelor’s level to the associate degree level of training,” said Constance Carroll, chancellor of the San Diego Community College District, who has advocated for bachelor’s degrees at the colleges. “Many industries want their employees to be individuals who are not just taking direction but can be self-motivated.”

Those extra two years to the bachelor’s degree are where students are learning, not so much the technical skills needed for these jobs, but management and leadership, she said.

“We’re hoping we’ll be able to expand workforce baccalaureate programs so more community colleges in the state can address local workforce needs in their communities,” Carroll said. “They’re low-cost, high-quality and do not duplicate what the universities are doing.”

Because the program did benefit students, if the legislature does decide to make the pilot permanent or expand it, the LAO advises a few improvements.

“We encourage the Legislature to consider requiring programs to meet certain enrollment and graduation targets to continue operation and provide more concrete evidence demonstrating workforce needs,” according to the report.