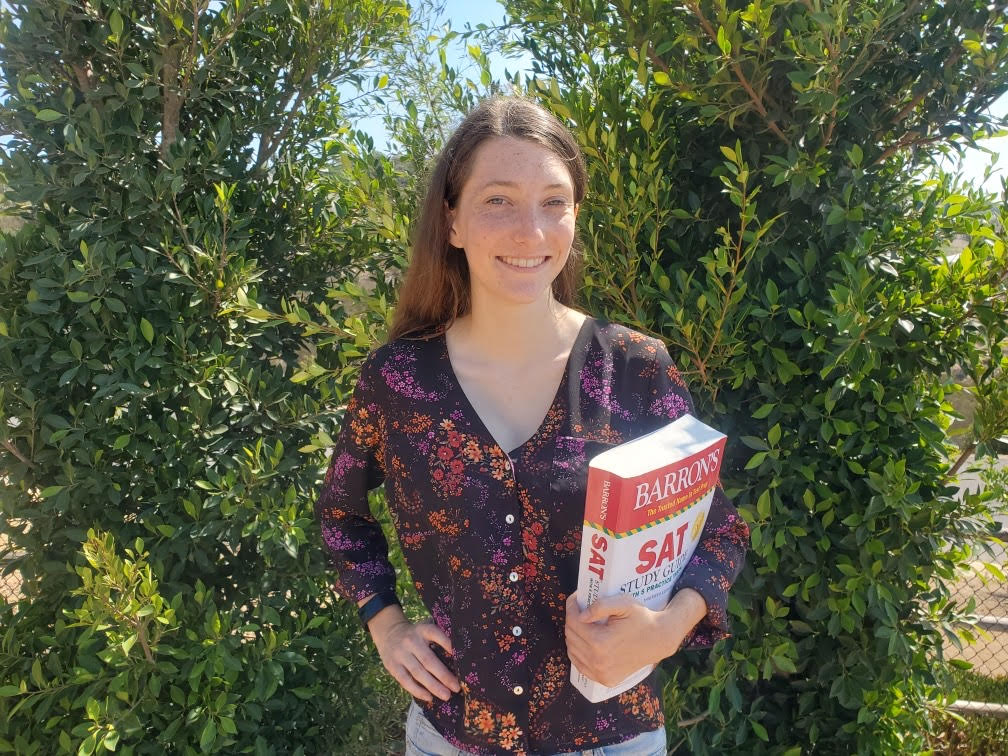 Many test sessions canceled in pandemic. Some remain scheduled with social distancing and masks.

Many high school seniors are scrambling to schedule SAT and ACT tests this fall even though most private and public colleges, including both of California’s massive state university systems, say they are not required during the pandemic.

Some students and their parents still worry that not taking the standardized entrance exams — or not getting a chance to increase previous scores — will hurt their college application process.

While many dates to take the SAT or ACT in the past few months have been canceled due to the pandemic, those students still hope to take the exams this fall on testing dates that do not get eliminated by health restrictions. Counselors, however, are urging them to calm down.

“What I’m gathering is that we have created such a testing culture among the kids. To tell them all of a sudden that the tests don’t matter, it’s a hard one for them to swallow even though it’s a reality,” said Josh Godinez, a counselor at Centennial High School in Riverside County and the president of the California Association of School Counselors.

Students and their parents have been calling and emailing him about how to land a spot to take the SAT or ACT exams and what to do if those tentative dates also fall victim to Covid-19. Some students find it hard to believe, even though it’s true, that many college campuses have made test scores optional while other schools will not look at exam results at all. Godinez assures those students that “it is really going to be ok and their admissions truly won’t be affected,” at the vast majority of schools if they don’t have test scores.

The tests are especially needed by students planning to apply to the minority of schools that still require scores. Those students are awaiting testing agencies’ decisions on where and when to hold exams and on local authorities’ rulings on whether to allow the exams to be held, even with required social distancing and face coverings.

So far in August and September, many testing sites remain closed in California and elsewhere, although some limited testing continues around the country.

About half of the test centers nationally that originally expected to host SAT testing on August 29 did not open, according to the College Board, the organization which sponsors the exam. It did not confirm how many operated in California, although the College Board website lists many cancellations in the state.

The website shows 123 centers in California preparing for a Sept. 26 SAT date, a session that was added to compensate for spring cancellations. But that list is likely to be much reduced, depending on local health rules, schools say.

With widespread testing opportunities unlikely to return this fall, Godinez and other counselors are urging seniors to strengthen their college applications by enrolling in rigorous classes, earning good grades despite complications with online instruction, writing thoughtful admission essays and highlighting their extracurricular activities.

But thousands of other California 12th-graders apparently are not giving up. Even if scores are optional, they want to demonstrate academic abilities, possibly for scholarships and placements, if not for admissions.

Andrew Diep-Tran, a high school senior from San Diego County, is applying to prestigious private and public universities and wants to retake the SAT and boost his scores from last year.

“I was bummed out that all these test dates are canceled,” said Diep-Tran, who attends Mission Hills High School in San Marcos and wants to study economics in college. “I still want to improve my scores as much as I can and be a competitive applicant for colleges and for employers when they view my academic history.”

Among his dream schools, Stanford University and Yale have made scores from the SAT or rival ACT optional this year and UC Berkeley won’t look at them at all.

The University of California already had decided that test scores would be optional this year and three of its nine undergraduate campuses — Berkeley, Irvine and Santa Cruz — had said they would not consider scores at all. Then last week, a Superior Court judge in Alameda County, in response to a lawsuit filed on behalf of students with disabilities, issued a preliminary injunction that prevents all UC campuses from considering SAT or ACT results while the lawsuit is ongoing.

The ruling does not affect the 23-campus California State University system, which went test-optional this year.

Most private colleges in California — including Pomona College, the University of Southern California, Santa Clara University and California Institute of Technology — are test-optional this year or in some cases eliminated consideration of test results altogether.

Stanford, for example, is leaving the decision of whether to submit scores “in the hands of the applicant. If you have already taken the ACT or SAT, and you feel that your scores are a positive reflection of your academic preparedness, then you are welcome to self-report them. Your application will not be at a disadvantage if you choose not to report your scores,” according to a statement.

Even before the Covid-19 crisis hastened that trend, an increasing number of colleges had joined a movement to drop testing requirements. The National Center for Fair & Open Testing (FairTest), an organization that opposes the use of standardized testing in college admissions, reports that 1,460 schools, more than 60% of four-year colleges and universities in the country, will not require applicants to submit ACT or SAT scores for fall 2021 admission.

Administrators of both the SAT and ACT said last spring that they were working to develop online versions that could be taken at home with security measures by this fall. However, those will not be available for this year’s high school seniors, both testing organizations more recently said.

The College Board is “committed to providing as many testing opportunities for as many students who wish to take the test,” a spokesperson said. The College Board’s “top priority is health and safety,” she added, emphasizing that it is up to test centers and schools whether to keep or cancel test dates.

One test date a month remains scheduled through December and one in January might be added “if there is demand for it,” she said. In some cases, students say they are willing to travel long distances to take the test if centers near their homes close.

The ACT has three test dates scheduled for September, four in October and one in December. About 1,700 of its test centers nationwide plan to be open in September, compared to 3,000 last year, although a spokesperson said that could be reduced further due to health rules. She declined to say how many are in California. The ACT wants to add “pop up” sites in hotels and other locations to accommodate demand, with safety measures such as spacing and masks.

An ACT statement seemed to urge students to keep trying to find test dates, saying that: “Your test scores may benefit you and help you stand out in a crowded field of applicants,”

Some California high schools tentatively plan to offer standardized tests for their own students on school days, as some campuses have done for years separate of the wider public sessions on Saturdays.

For example, Bellarmine College Preparatory, a Catholic school in San Jose for boys, hopes to keep an SAT day for its students on Oct. 14, with health precautions of having only 12 students in a room, according to Katy Murphy, director of college counseling there. Whether it occurs, she said, depends on pandemic rules from Santa Clara County.

Murphy, who is former president of the National Association of College Admission Counseling (NACAC), said she too is trying to ease parents’ worries that their sons’ futures will be harmed if they don’t take the test. Still, she is advising students to take the October test if available and to examine their scores before sending them to colleges. “I told them to take it and have it in the bank,” she said. If their results are above the 75th percentile, “go ahead and send it.”

Sara Huffman, another student at Mission Hills in San Marcos, also has been struggling since April cancellations to find a date to retake the SAT. While she scored well on a previous try last year, she wants to try again to improve her chances at several prestigious universities, especially at the U.S. Naval Academy, which still requires test scores.

“It would be a shame not to take it again. It can’t really harm you,” said Huffman, who wants to study aerospace engineering. She is prepping for what she hopes will be her next SAT chance on Oct. 3. As a backup, she plans to take the ACT in Las Vegas, where her family is driving later this month, if that exam session is not canceled.