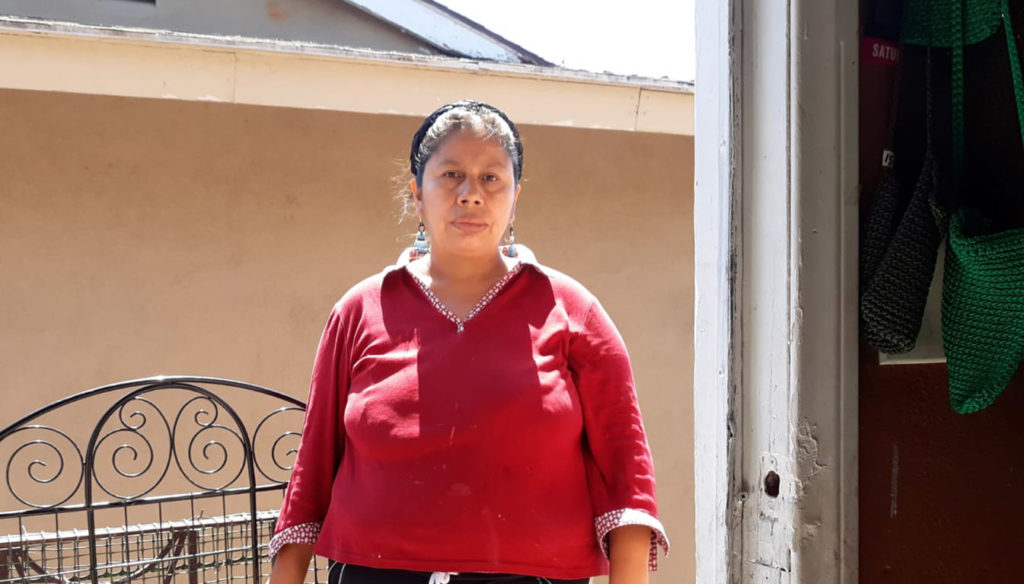 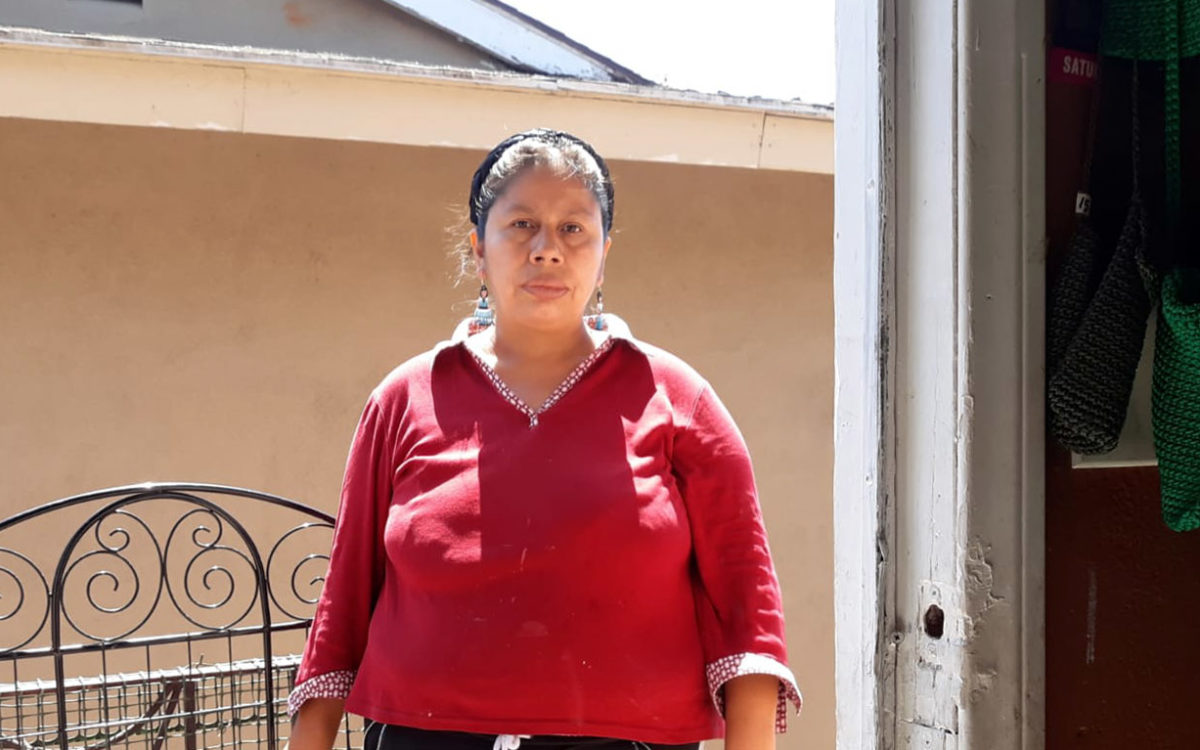 Photo courtesy of Leticia Solano
Oxnard mother Leticia Solano knocks on a neighbor's door every morning to wake up their third grader for school.

Photo courtesy of Leticia Solano
Oxnard mother Leticia Solano knocks on a neighbor's door every morning to wake up their third grader for school.

Instead of the small learning groups and private tutors some wealthy parents are arranging for their children this school year, many low-income parents are turning to family members, neighbors and friends for child care and help navigating distance learning.

As part of these informal networks, parents are using text messages and online workshops to reach other parents, or even a knock on a door to wake a child up for school.

When one of those parents, Leticia Solano, helped her second-grader log onto a Zoom class from their Oxnard home last spring, she noticed that her daughter’s classmate who lived down the street wasn’t there. So when Solano saw his parents at the laundromat, she mentioned it to them. It turned out both parents had to leave the house by 5 a.m. to work in the fields, leaving their son with older siblings.

So Solano offered to help. Every morning, after helping her own daughter log on, she would run over to the boy’s house, knock on the door and sometimes even call his name through the window to wake him up. Once she made sure he got logged on, she would run back to her own house to help her daughter. She even intervened to help the neighbors get a mobile hotspot from their son’s school after he repeatedly had trouble logging in.

“I don’t want anyone to fail,” Solano said. “When I was young, my parents couldn’t help me study.”

Parents like Solano can be crucial links in mitigating the educational inequities that have been exacerbated by the coronavirus. According to parents and advocates across California, many low-income parents have become unemployed because of the pandemic, while others have no choice but to work outside their homes. While distance learning is a struggle for all, children and families from more marginalized communities are facing many other hurdles, like a loss in income, not having enough food to eat or family members being exposed to the coronavirus through their jobs.

“I’m looking to my right at my friends who are creating pods, and to my left, I’m looking at parents who have Covid who are like: ‘How do I quarantine and get my kids a computer and everything they need?’ All around me is disproportionality,” said Pecolia Manigo, executive director of Bay Area Parent Leadership Action Network.

With most students starting the school year with distance learning, some families are hiring private tutors and forming “learning pods” for small groups of children to study together. But those pods can be expensive, or might not be offered to children whose parents are at risk of coronavirus exposure through their jobs. Some advocates have said they increase educational inequities, giving wealthier children opportunities low-income students don’t have.

“Personally, as a mom of three, I’m looking to my right at my friends who are creating pods, and to my left, I’m looking at parents who have Covid who are like: ‘How do I quarantine and get my kids a computer and everything they need?’ All around me is disproportionality,” said Pecolia Manigo, executive director of Bay Area Parent Leadership Action Network (PLAN), a nonprofit organization that helps parents train each other to navigate their children’s school systems and organize campaigns to improve education.

Since the pandemic, parent organizations like PLAN have focused on helping parents support their children with distance learning, organizing online workshops to teach others how to use Zoom and online learning applications like Google Classroom. In addition, parents who are members of PLAN are calling peers to check in on mental health and social service needs.

“There are many bright spots of parent leaders who have done things like start their own Facebook pages to help their school communities better communicate with parents in their native languages,” Manigo said. “We’ve seen parents teach other parents how to log into technology. We’ve heard of parent leaders helping to pick up and distribute food for families that can’t leave the house. We’ve heard of parent leaders volunteering at their schools to help make copies for packets, so teachers and staff aren’t doing that alone. There’s lots of beauty in this pandemic.”

Other parents’ struggles are all too familiar to Solano. She had to quit school and start working when she was 9 years old in Mexico, weeding fields of cucumbers, tomatoes and bell peppers. As an adult in the United States, she continued working in the fields, following the crop harvests from state to state. Her oldest son was held back in second grade because he kept having to move from school to school, and she was working so much that she couldn’t help him with schoolwork.

Now that she is no longer working, she is committed to helping other parents and has become a parent leader with Project2Inspire, a project organized by the California Association for Bilingual Education that trains parents who speak languages other than English to become leaders and help their peers understand how to get involved in the school system.

“I understand because I went through the same thing,” Solano said.

Some district officials and parent organizers say districts need to work more with parent leaders like Solano if they want to reach parents who are low-income or do not speak English.

“They go to the local markets; they go to their parks; they walk the neighborhoods; they know their neighbors, and I think they sometimes know our other families even more so than we do,” said Marlene Batista, director of English learner services for Oxnard School District.“Parents are going to trust other parents way more than they’re going to trust schools a lot of times.”

This kind of help is especially important for parents who have little formal education, or who may feel intimidated by technology. When distance learning began last spring, Mayra Guzmán, a mother and farmworker who lives in Porterville in the Central Valley, said she had her own difficulties with distance learning, but she saw that other parents she worked with in the fields were even more stressed because they felt like they could not help their children.

Oakland mom Claudia Inda is another parent planning on taking turns with a neighbor to supervise distance learning for their sons. But she said that might prove a challenge, since the boys attend different schools and will have different assignments and might even have different schedules. Inda lives in a low-income neighborhood in East Oakland but sends her son to Montclair Elementary in the wealthier Oakland hills. She said she doesn’t have a relationship with the other parents in her son’s school and has no idea if his classmates are forming pods.

“We don’t live in that neighborhood. I don’t know how they are doing over there. Maybe they are gathering together, but we haven’t gotten in touch with his classmates,” Inda said.

Talmera Richardson, who also lives in Oakland, had to quit her job as an in-home caregiver to help her son with distance learning. She said she wouldn’t feel safe creating a pod for children to meet in-person.

“That won’t be happening,” Richardson said. “Realistically, people need to wake up. Covid is real. People have died, people are dying. The only way my son would be allowed to be in something like that is if everyone is tested.”

Instead, Richardson is holding weekly online discussions with other parents from PLAN about what they need from the district to keep kids safe and calling parents to make sure they and their children have computers to access distance learning.

Zindi Aguirre, a parent of four and registrar at an elementary school in Palm Springs Unified, said many working families are relying on older siblings, grandmas, aunts or other relatives to help with child care during distance learning. She said one mother told her that she had sent her third-grader out of state to live with her grandmother because both parents work — in a restaurant and as a gardener.

“This is where the unity of family comes to hand,” Aguirre said.

Aguirre said she has also seen parents help each other. Two mothers at her school, one of whom works at a restaurant and the other as a housekeeper at a hotel, are planning to trade child care, taking turns supervising their children’s distance learning.

“I believe people are going to help each other with the people that are closer to them,” Aguirre said.