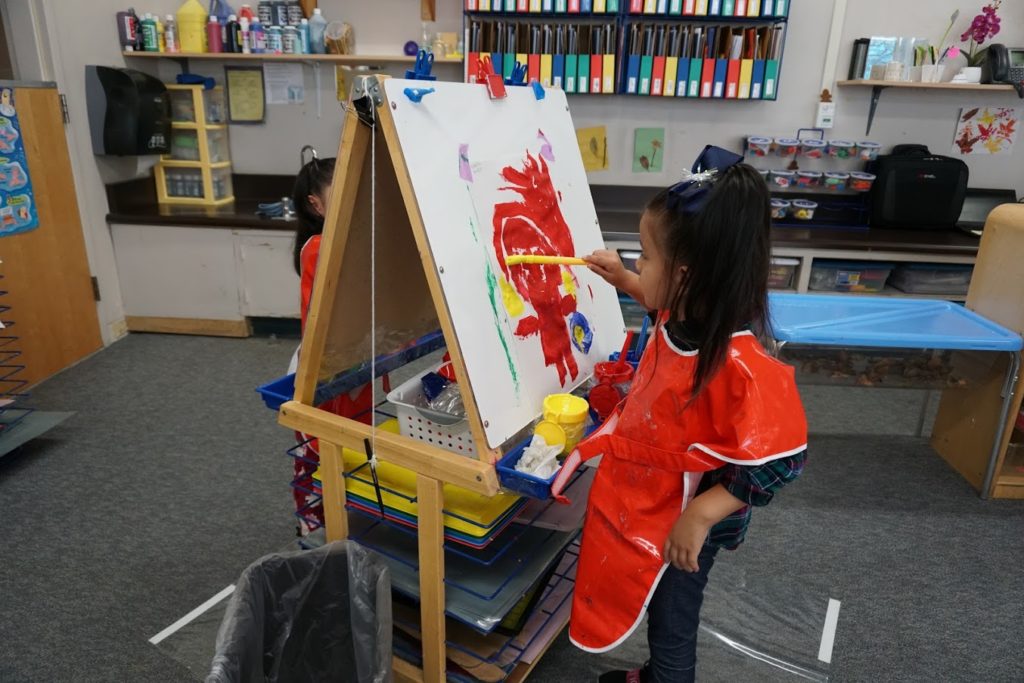 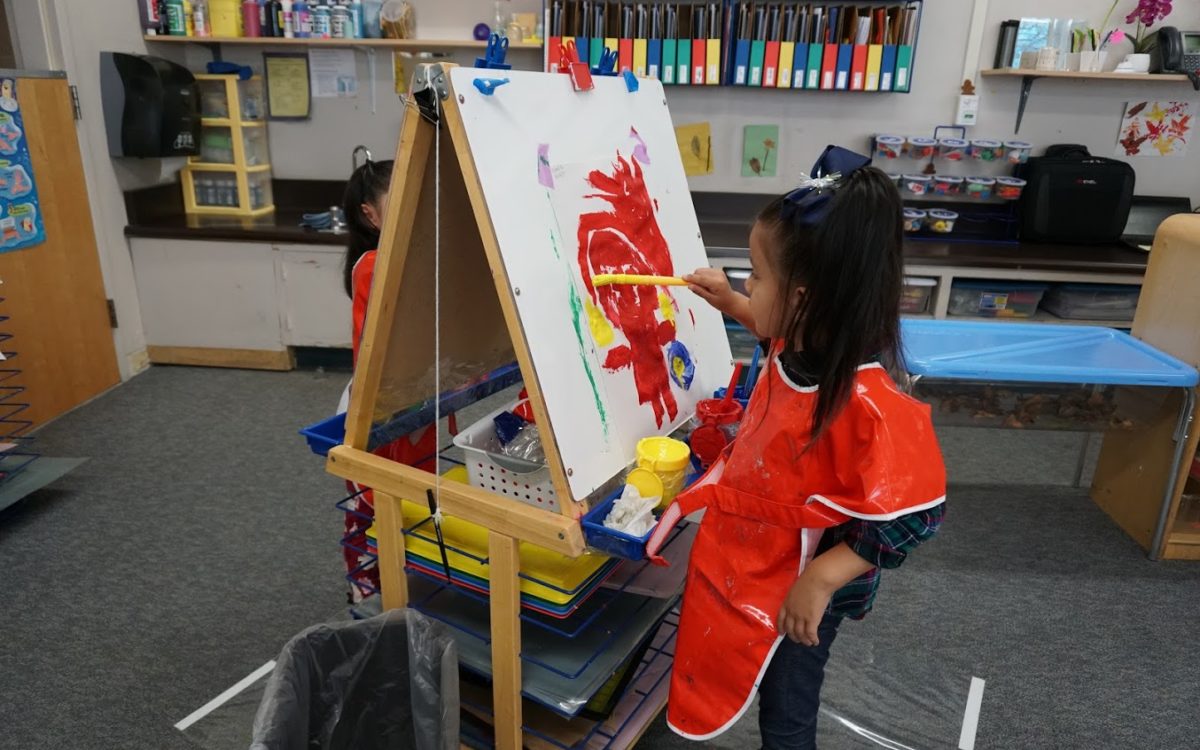 One of the few notable areas where Gov. Gavin Newsom departed from his predecessor Gov. Jerry Brown on entering office was his support for establishing a longitudinal data system linking information from preschool into the workplace.

Despite the fact that most other states had created that system in some form, for years Brown resisted entreaties from researchers and advocates to allocate the funds to set one up.

But it was such a high priority for Newsom that, within days of taking office in 2019, he called for it in the second paragraph of his first budget as governor. He designated an initial $10 million for “critical work” to create what he called “the California Cradle-to-Career Data System” in order to “to better track student outcomes and increase the alignment of our educational system to the state’s workforce needs.”

Newsom’s push resulted in 2019 legislation (Senate Bill 75) that kicked off a year of intense planning. It involved nearly 200 data experts and representatives of all key education institutions in the state, and has culminated in a report that will be sent to Newsom this week, after it gets final approval from the work group overseeing the project. Spearheading it is a work group made up of representatives of 16 different institutions and agencies involved with the establishing the data system.

All the work has been coordinated by WestEd, the consulting firm headquartered in San Francisco.

However, getting the data system off the ground will come with a hefty price tag. According to the the work group’s report, it will take five years to fully implement the system, at a cost of $15 million to $20 million for the first year alone. The challenge is that the Legislature would have to approve those funds at time when the state is struggling financially, as a result of the pandemic-induced recession. Demands on the state’s general fund will be extreme for discretionary projects like this one.

Timeline for Building the System, December 2020.

Among other things, funds will be needed to cover the costs of creating the governing structure, the staff to support it and additional staff costs incurred by the California Department of Education, the Employment Development Department the University of California, the California State University and the community college who will have to provide the data to populate the system.

If the Legislature adopts its recommendation, the system will gather data on 160 different variables from multiple state agencies and education institutions — ranging from whether a child attended a half day or full day child care program to earnings of college graduates 10 years after they leave college. All the data will go into a system, which eventually will have over 400 million records.

It is not known what Newsom will recommend for the further development of the data system in the budget for the coming fiscal year he will propose on Jan. 10.

“This is not a flash in the pan priority” for Newsom, said Ben Chida, Newsom’s chief deputy cabinet secretary whom the governor appointed to be his point person on the project. “We want to look back on this in 5 to 10 years, and be proud of the foundation we have laid.”

Those working on the project have provided no estimates of the total cost of the data system beyond its projections for the first year.

They want it to be accessible and useful not only to researchers but to the larger public through dashboards, fact sheets, a research library and a “query builder” — a tool that would allow educators, advocates and policymakers to find out, for example, the proportion of students enrolled in various eighth-grade math courses, or the availability of transfer level math courses at community colleges, or the characteristics of students who major in STEM disciplines.

Students and their families would also have access to the database to help make decisions about colleges and careers, get access to their high school and college transcripts electronically and have access to financial aid and other services.

All this will add to the costs — and make it more expensive than what other states have had to spend on systems with far fewer records and data points. Washington State, for example, spent $28.1 million over a 10-year period on its Education Research and Data Center, which contains 61.8 million records. California, by contrast, will have nearly seven times as many records, and, if all goes to plan, is intended to be far more accessible to the public.

“If the Legislature and the governor want this done correctly, it needs this kind of investment,” said Tom Vu, vice president for policy for the Association of Independent California Colleges and Universities, representing all private, nonprofit colleges in the state. He said California could “build something that just holds the data. That is what other states do, but California wants to do more.”  Since California is building a new data system, he said, “we have the opportunity to do it more robustly, using the most advanced technology we can.”

Patrick Perry, the chief of policy, research and data for the California Student Aid Commission who is also a member of the work group, said that he thought the proposed first-year budget was “pretty reasonable, all things considered” and “pretty well tempered” within the overall scope of California’s $100 billion plus budget.

John Rogers, a professor of education at UCLA, said that the $15-to-$20 million figure may seem like a lot, “unless we consider the alternatives.”

“While an imperfect comparison, it is noteworthy that the average private sector business spends more than 3% of annual budget on IT,” he said. “Using that metric here, we see that this investment is just a fraction of what might be expected from comparable efforts in the private sector.”

A dozen years ago, California developed and implemented the California Longitudinal Pupil Achievement Data System, called CALPADS for its K-12 school system. The state’s community colleges also developed a data system called Cal-PASS, and the California State University and University of California also have data systems to track student progress. But these systems haven’t been fully integrated with each other and other state databases, and have had limited usefulness. A 2008 EdSource report noted, for example, that “without certain features and data elements, CALPADS’s ability to provide sophisticated information to policymakers will be limited, as will the opportunity for educators and researchers to use the information at the local level.”

Heather Hough, executive director of Policy Analysis for California Education, or PACE, a research and policy collaborative based at Stanford and several other leading universities, pointed out that the state has already made big investments in these systems. It would make no sense to walk away from those investments now, she said. “To a large extent, what this money (for the Cradle-to-Career Data System) will do is connect existing data sources and make them useful for educational improvement.”

Samantha Tran, who oversees policy and analysis for Children Now, a prominent child advocacy organization, was similarly supportive. “California is one of the few states that doesn’t have one of these systems in place and this is a modest investment, especially when you consider the return for kids, practitioners, policymakers and the broader public,” she said.

Not everyone is as enthusiastic. Bruce Fuller, a professor of education at UC Berkeley and a leading education researcher, expressed skepticism about the projected costs. “The state has a tortured history in building data systems that prove terribly expensive, then fail to inform on the most pressing questions,” he said. CALPADS is a case in point.

But, said PACE’s Hough said, “It is critical that we keep the momentum and move forward to building the data system, so we can use it as soon as possible to improve equity and outcomes for California students.”

As for the state’s current financial woes, the launch of the data system “has come up at a time when we thought the state would be flush with money, and now we are not,” said the student aid commission’s Perry. “So it does come down to a question of political will.”