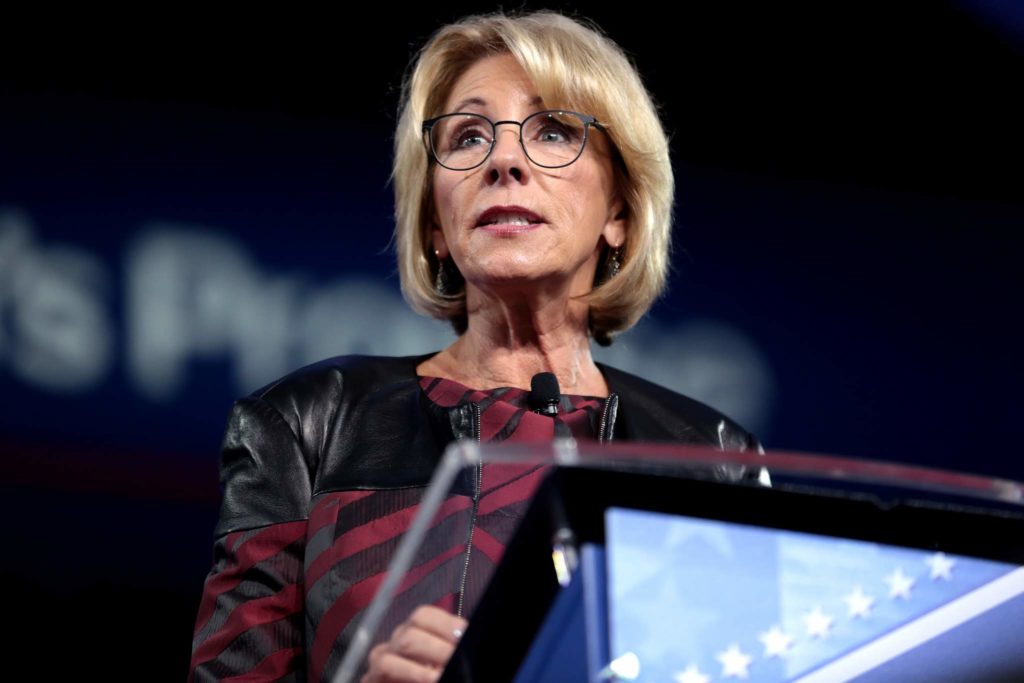 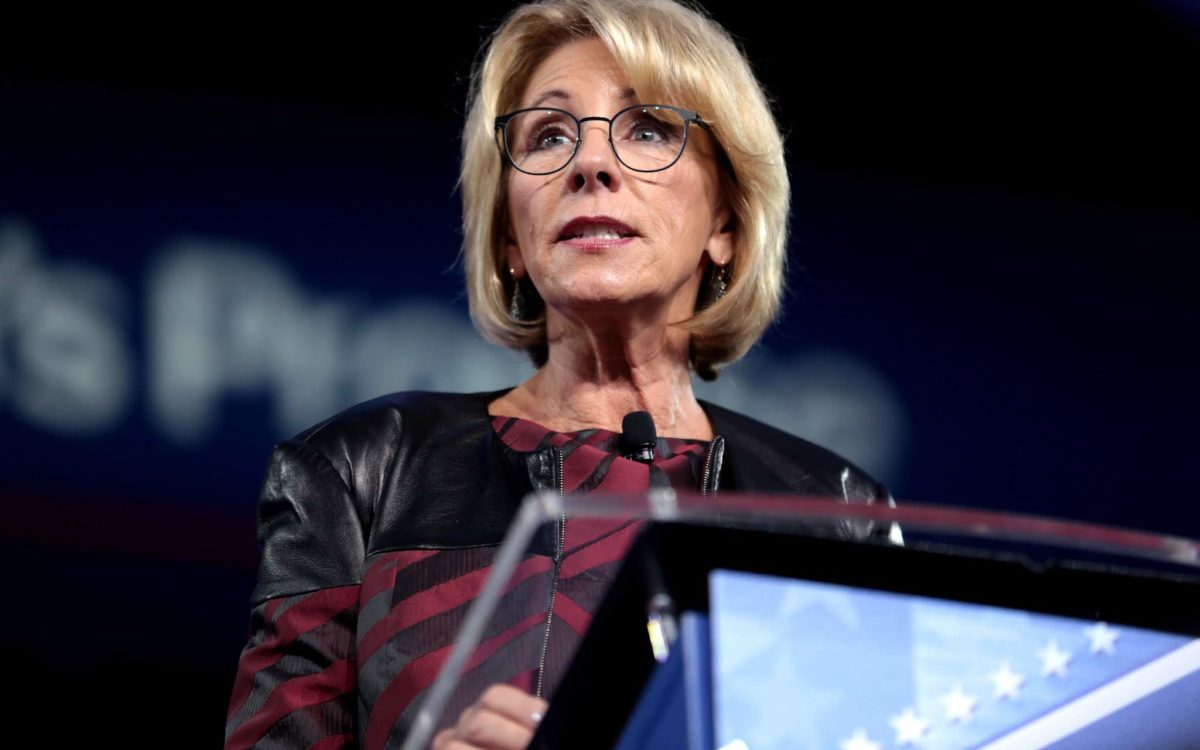 It has been a jolting contrast, to say the least.

After insisting that it is not up to the federal government to lead the country’s response to the coronavirus pandemic, the Trump administration has singled out the nation’s nearly 100,000 schools on which to try to impose a uniform federal policy.

In recent weeks the Trump administration has insisted that schools reopen in the fall for in-class instruction — not part-time, but all the time — in ways that would be clearly contrary not only to local and state recommendations, but federal guidance issued by the Centers for Disease Control and Prevention which advises social distancing and wearing masks.

His position flies in the face of reality: whether schools open virtually or in-person is up to locally elected school boards who are part of a long tradition of local control.

By trying to push schools to have children in school, Trump and his Secretary of Education Betsy DeVos are actually highlighting the limits of the federal government’s influence over schools.

That has been clearly illustrated in recent days by the decision by some of the nation’s largest districts — including the two largest, Los Angeles Unified and New York City Dept. of Education — to offer some or most of their classes via distance learning this fall.

They are joining a growing number of districts, especially in California, that are making the same calculation. With the pandemic now spreading at alarming rates in many states and regions, the notion of bringing children into classrooms without additional resources to create the needed safety regimens seems not only unwise, but irresponsible for many districts.

That has not stopped the Trump administration from continuing to press for children to be back in the classroom.

“Kids need to be in school. They need to be learning, they need to be moving ahead. And we can’t — we cannot be paralyzed and not allow that to be the intent of that happening,” DeVos told CNN’s Dana Bash over the weekend in a combative and revealing interview.

What about the CDC guidance recommending social distancing and the use of masks, Bash asked? Those, DeVos said, “are just guidelines … meant to be flexible and meant to be applied as appropriate for the situation.”

To give some teeth to their efforts, Trump and DeVos are both threatening to cut off federal funds if schools didn’t make sure every child was back at their desks this fall, five days a week, even though neither has the authority to do so.

What makes schools perhaps the least receptive target for a comprehensive federal strategy is that they are run by locally elected school boards — and have been for most of the nation’s history. That hasn’t stopped the federal government at various times attempting to leverage funds it gives to states and schools to implement Congressional mandates, sometimes for the better, and sometimes for the worse.

Perhaps the best-known recent example was the No Child Left Behind law (NCLB), signed by Pres. George W. Bush in 2002, which mandated testing in certain grades and imposed various sanctions if students in a school or district failed to meet federally imposed test score benchmarks.

But the NCLB was itself a failure on many levels, most clearly in terms of achieving its principal objective, which was to close achievement gaps between higher- and lower-achieving students groups.

Chastened by that experience, in 2015 Congress overwhelmingly approved the Every Student Succeeds Act (ESSA), which drastically dilutes what the federal government can tell states to do. As Derek Black wrote in the California Law Journal, “ESSA reverses the federal role in education and returns nearly full discretion to states.”

“For the last two decades, there has been a national movement to micromanage teachers from afar, through increasingly minute and prescriptive state and federal regulations,” Brown said in his 2016 State of the State speech. “California successfully fought that movement and has now changed its overly intrusive, test-heavy state control to a true system of local accountability.”

In fact, Brown made local control a central principle of the Local Control Funding Formula, arguably the biggest public school reform in California in decades.

In grappling with the pandemic, Gov. Gavin Newsom has come up against the limits of his authority to tell school districts what to do. Early in the pandemic, he suggested that school districts should stay closed for the remainder of the school year. At another point, he suggested that they should reopen earlier in the summer in order to offset students’ learning loss.

In both cases, he was met by pushback from local school leaders upset at what some of them saw as the governor’s unwelcome intrusion on their decision-making authority.

Now, at almost every press conference when the issue of schools comes up, Newsom affirms the power of local control. “Localism is determinative,” he said way back in April. “We have a vision, but it will be realized at a local level.”

It’s a legitimate question to ask whether in trying to control a virus which easily crosses district boundaries state or federal leaders should have more power to tell schools what to do — and to decide based on health considerations under what conditions they should open or close.

But that is not the way our locally-controlled education system is currently structured in the United States. There are considerable variations as to who has the authority to open and close schools from state to state. In general that is a local or state decision, not a federal one.

That is why Trump and DeVos’ insistence that students be back in school carries so little weight.

Neither of them have the power to dictate what schools do. Congress could set more stringent conditions on receiving federal aid — as it did during the NCLB era — but with a divided Congress that is not likely to happen. And it is even less likely to happen now in light of ESSA, the current version of the Elementary and Secondary Education Act devolving more power to the states.

What’s clear is that regardless of what Trump insists on, states and school districts make their own decisions. Trump, of course, does have the power to influence education policies especially in pro-Trump regions of the country, which is why his efforts in this arena should not be dismissed as simply political hot air. It is possible, or even likely, in response to his urgings, in some districts students and staff will return to school when it really isn’t safe for them to do so.

But for the most part, schools will make their own decisions — guided hopefully by sound health guidance instead of politically-motivated edicts emanating from the White House.