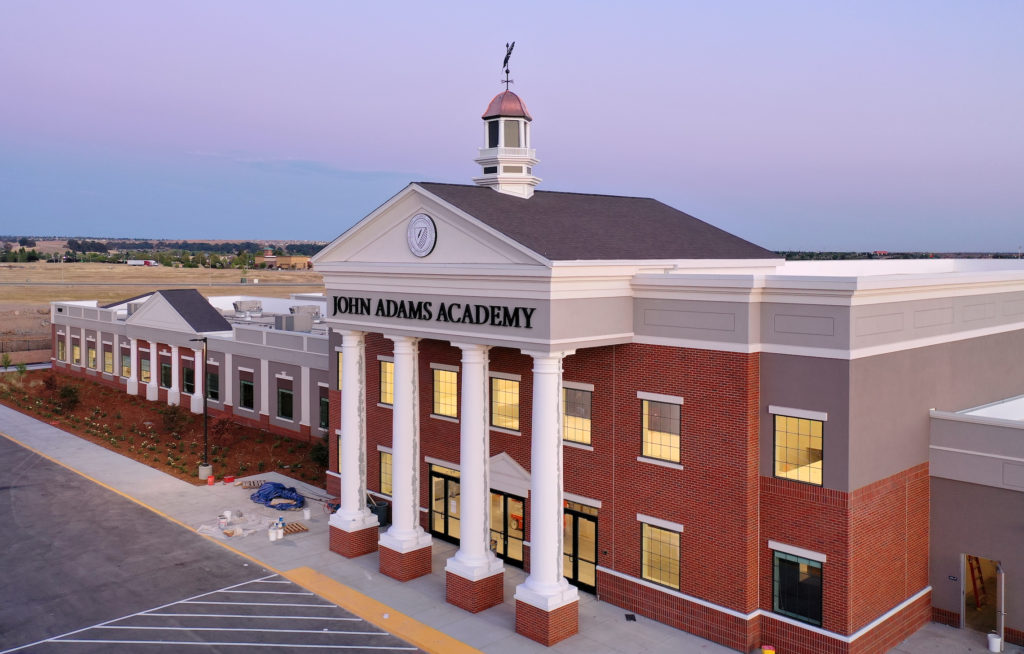 Deal does not include money to cover higher enrollment in online charters. 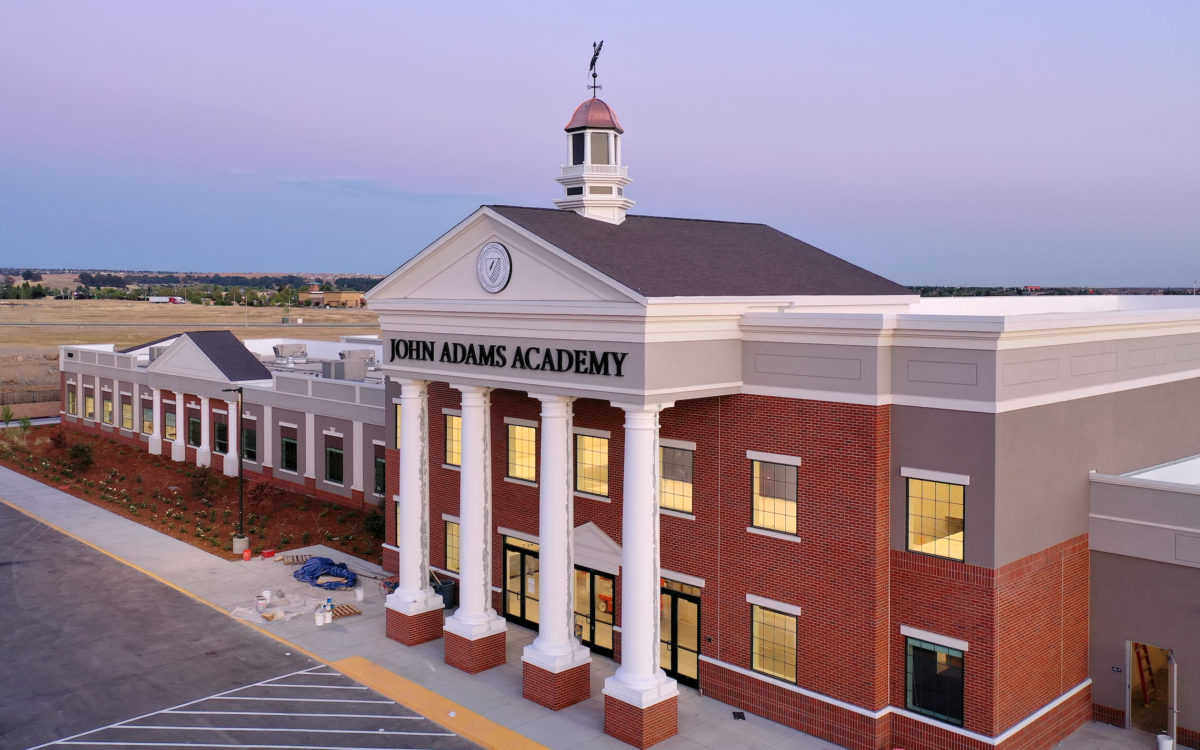 Anticipating that the coronavirus would create a turbulent and financially unstable year, the Legislature agreed in June to fund schools at the same levels of student attendance in 2020-21 as in 2019-20. Most school districts welcomed the predictable funding.

Before it adjourned for the year, the Legislature also:

But that decision also penalized charter schools that had planned to expand this year and school districts whose school-age population has continued to grow.

On Monday, before adjourning for the year, the Legislature mostly fixed the problem with one exception: Online charter schools experiencing increased enrollment will get no additional money, and will likely sue the state for disparate treatment.

The arrangement is included in Senate Bill 820 (see Sec.17), the budget cleanup bill. The Senate approved it 29-10 along party lines, with Republicans calling for equal treatment for online charter schools. 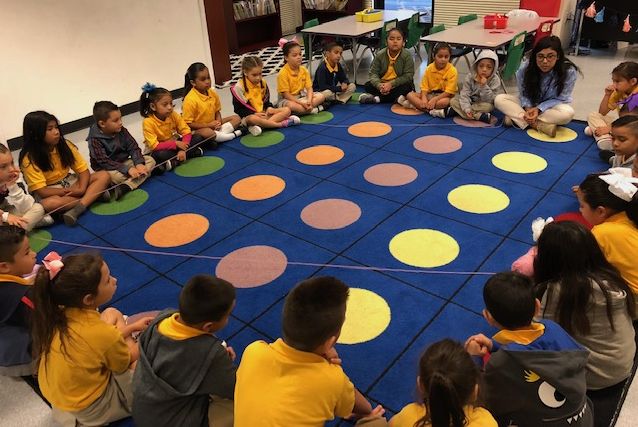 “We should promote policy that shows favoritism toward none,” said Sen. Mike Morrell, R-Rancho Cucamonga. “We should want to help all children.”

Failing to fund online charter schools for students who want to attend will force “some students of color to remain in a failing school,” said Sen. Melissa Melendez, R-Lake Elsinore. “Think about that when voting on this bill.”

Advisers to Gov. Gavin Newsom and the Department of Finance devised the solution, which Assemblyman Kevin McCarty, D-Sacramento, called a “fair compromise” in an earlier hearing. The state will fund school districts and charter schools for additional enrollment if they can document their growth plans in a financial report filed last spring or in the budget they approved for the 2020-21 school year.

Irvine Unified has budgeted for 300 more students this year — a growth of about 1%, bringing in an additional $3 million that the district can now count as a result of the legislation. But, said Superintendent Terry Walker, “if actual enrollment exceeds budgeted enrollment, the district will have to absorb these costs with no additional revenue.”

Charter schools that recruit students over the summer while budgeting conservatively for the upcoming year also may be adversely affected.

For years before the pandemic, districts have had the option of choosing the highest enrollment number between the current and previous years for funding purposes — to avoid fluctuations from the opening of new charter schools and declining enrollment. Nonetheless, adding in the new growth figures could add several hundred million dollars to what the state had budgeted for in June, a Senate analysis said.

Accommodating online charter schools would have compounded the state’s financial crisis, state Finance Department officials said in explaining why they excluded online charter schools. And, they said, attendance may be unstable and difficult to calculate accurately in a year in which parents switch from homeschooling to district schools once they open up again.

But Jeff Rice, founder of the online charter organization Association of Personalized Learning Schools & Services (APLUS+), doesn’t buy that argument. “This new ‘policy’ is wrong at its core, not only because it violates the long-held policy that ‘funding should follow the student,’ but it is morally wrong to punish students simply because they have chosen a different learning path,” he wrote in a column in the publication Fox & Hounds. “It is based in the political fear of upending the status quo: the state’s traditional brick-and-mortar schools.”

The Fortune School and John Adams Academy were among the charter school organizations that filed a lawsuit in July before the funding compromise was reached. Their attorney, Jerry Simmons, said there are “absolutely no plans to drop the lawsuit until the state has kept its commitment to fund every student.”

“We have always funded growing districts and growing charter schools. We always had a double funding policy to adjust funding when districts come in with lower enrollment. Where is the data that makes it impossible to achieve this year?” he said.

Along with appealing to Congress to pass more money to weather the pandemic, California’s school districts are seeking more time to spend the billions in funding they’ve already received.

Michael Hulsizer, chief deputy for governmental affairs for the Kern County Superintendent of Schools who has been tracking the request, said he is optimistic Congress will grant all states additional time when it returns from summer recess next month.

At issue is about $4.4 billion of $5.3 billion in CARES funding that Newsom directed to K-12 schools to address the setbacks in learning caused by the coronavirus pandemic that has particularly affected students with disabilities, English learners and low-income students. The remaining $900 million in learning loss money is from the state’s General Fund, and late Monday, the Legislature did what Newsom is asking of Congress: give districts until June 30 to spend the state’s portion.

Newsom has said that districts should use the money to buy computers and internet connections for the tens of thousands of students without them, as well as to train teachers in distance learning and provide extra academic and mental health support, tutoring, after school and summer school programs.

In SB 820, Newsom widened the uses to include spending on school meals, services for children in child care and state preschool programs and personal protective equipment.

California’s letter argued that, with more time, districts could spend the money more efficiently and deliberately. They face challenges that Congress didn’t foresee when it passed the CARES Act, the letter said.

In an email, McCarthy, R-Bakersfield, said he’d support the request “to best help our nation’s kids stay on track during this unique time.”

“It is no secret — schools look quite different this year, and California educators are working to employ innovative methods to ensure our students receive the best education possible,” he wrote.

At this point, however, the path to approval is unclear. The House passed the next infusion of aid to the states, the HEROES Act, in May but the Republican-controlled Senate hasn’t taken up the bill.

Meanwhile, school districts must assume the money must be spent in the next four months. They must hold hearings and solicit ideas from the public on learning loss funding and incorporate them in a new document, the Learning Continuity and Attendance Plan, which school boards must pass by Sept. 30.

In negotiations on distance learning during the summer, the California Teachers Association and some local unions argued that privacy protections for teachers in a pre-internet statute passed in 1976 prevented school districts from requiring teachers to do live or pre-recorded distance learning instruction.

As EdSource first reported, at least several school districts accepted the argument and left it to teachers to decide whether to do live instruction this fall. But other districts and their attorneys contested this position as far-fetched and have made live instruction, which is also called synchronous instruction, mandatory.

Newsom and his aides apparently agreed with the latter interpretation and proposed to amend the law to remove any doubt. Their wording is in Section 15 of the cleanup bill approved on Monday.

Education Code 51512 was written to protect teachers from having their classroom activities recorded without the teacher’s and school principal’s consent. Adults who record without authorization can be charged with a misdemeanor, and students can be disciplined, the law said.

The new changes would make instruction for distance learning an explicit exception: “The prior consent of the teacher or the principal of a school is not required for the adoption or implementation of the use of synchronous or asynchronous video for purposes of distance learning,” the statute will now read.

Asynchronous video would apply to pre-recorded lessons and material that students would access independently, on their own time.

Gregory Dannis, president of San Francisco law firm Dannis Woliver Kelley, who represents school districts, said the new wording is clear and direct. “This amendment would certainly remove CTA’s continued invocation of 51512 as a pretext or purported rationale for prohibiting a district from requiring teachers to record themselves,” he wrote in an email.

In a recent report, researchers for Policy Analysis for California Education, or PACE, said that both live and recorded instruction are essential. “Prerecorded lectures, videos and readings should be assigned for students to complete asynchronously (on their own time) so that synchronous (face-to-face) class time can be reserved for active learning and interactive class engagement,” they wrote.

In the trailer bill they passed in June, Newsom and the Legislature laid out minimum requirements that school districts and charter schools must follow in order to receive state funding. They included taking attendance, daily direct interaction with students and both live instruction and learning students do on their own time.