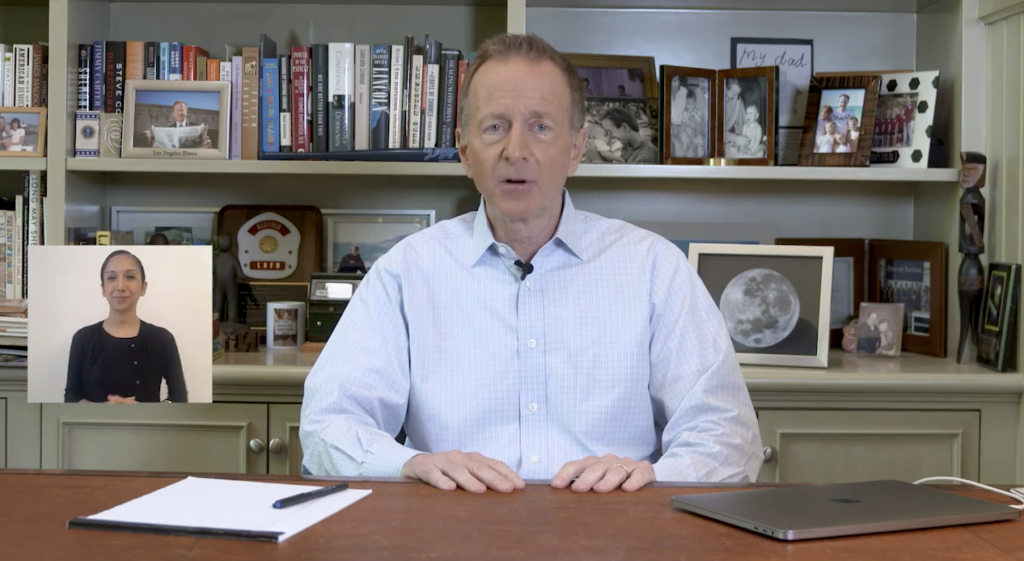 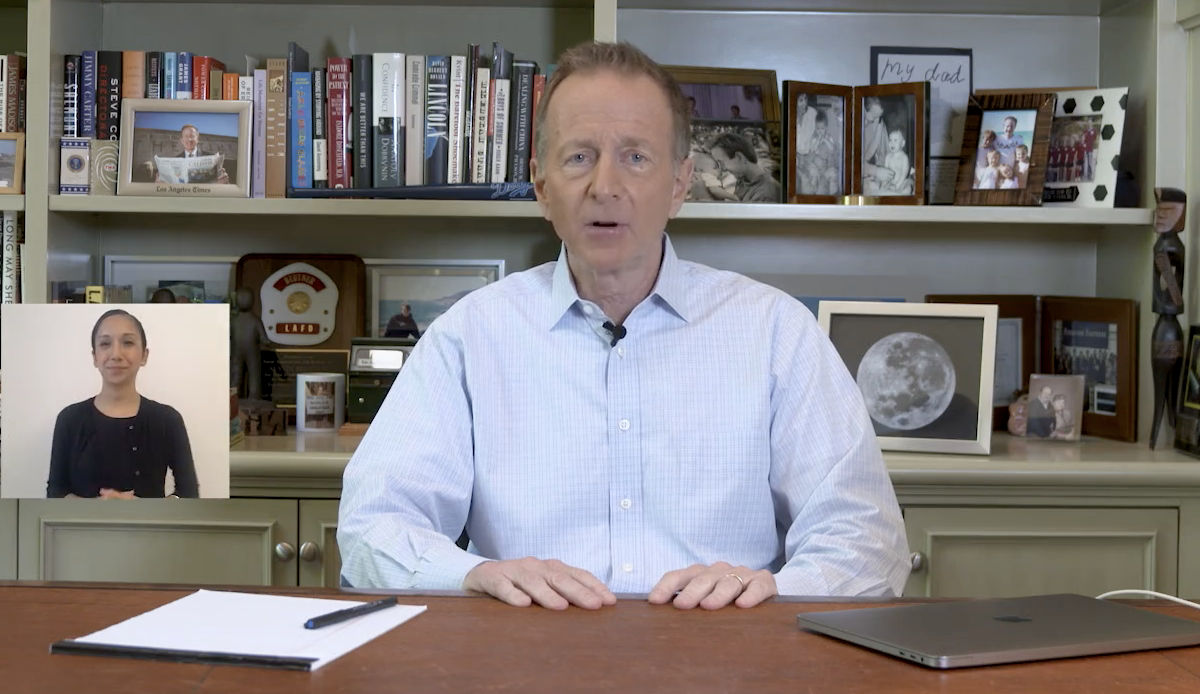 Photo: LAUSD
Superintendent Austin Beutner gave a video address on Monday, May 4 to update the community about school closures in Los Angeles Unified.

Photo: LAUSD
Superintendent Austin Beutner gave a video address on Monday, May 4 to update the community about school closures in Los Angeles Unified.

An expanded summer school session in Los Angeles Unified will be offered in three parts to help make up for lost learning during school closures, Superintendent Austin Beutner said Monday.

One of those programs will be “an intensive set of classes” offered to a small number of students who are struggling the most, while other courses including math and English will be available to all students, Beutner said during a televised speech. Beutner did not say which grades would be offered the intensive classes. Barbara Jones, a spokeswoman for LA Unified, said the district has no further details about the program.

The summer school program will mark the first time in LA Unified’s history that every student in the district will have the option of participating in summer school, Beutner said, though it won’t be required. In the past, summer school has been offered only to special education students, high school students who need extra credits to graduate and students who were not meeting grade level standards.

The summer session will be conducted virtually, and the district is still working to make sure all students are able to access virtual learning.

The district also announced Monday that it is expanding its effort to train teachers in online instruction.

The district’s timeline for summer school and the 2020-21 school year makes clear that there is no plan in LA Unified to open schools before its planned Aug. 18 start despite Gov. Gavin Newsom’s suggestion last week that schools may start statewide in July or early August to help recover student learning losses.

Summer school in LA unified will begin in mid-June. Beutner said the next school year will begin as planned on Aug. 18 but added that it’s unclear whether in-person classes will resume by that point.

“We’ve made no decisions about the opening of school facilities by that date and will not until the science and health authorities tell us it is safe and appropriate to do so,” Beutner said Monday.

English language arts and math classes will be available to students at all grade levels, with “an emphasis on language for English learners,” he said.

Schools will also offer “broader enrichment learning in a number of new areas,” Beutner added. For example, middle school students will be able to learn to play the guitar or ukulele through a partnership with the Fender Guitar Company, a guitar manufacturer. Lessons in those types of classes will incorporate “math, literacy and project-based work,” Beutner said.

For a small group of students who “are having the greatest challenge in their studies,” the district will separately offer “a very focused, intensive set of classes,” Beutner said. He did not elaborate further about those classes or how many students would participate but said he would have more details about all summer school courses “in the next couple of weeks.”

In-person instruction in Los Angeles Unified has not been offered since March 16, when the district began its transition to distance learning in an effort to slow the spread of the coronavirus. Since then, the district has made steady progress in connecting its students to online learning, with 98% of high schoolers and 98% of middle school students having participated in at least some online learning. Among elementary school students, 75% have been connected, up from only 18% of elementary school students who were connected when schools first closed. Still, even for students who are now able to take part in online learning, their access to the internet in some cases is unreliable.

Meanwhile, nearly all teachers in the district have now completed required training for virtual instruction and more than half of them have signed up for an additional 30 hours as part of a broadened effort in the district to prepare educators for online teaching.

Richard Vladovic, the president of LA Unified’s school board, said the extra training “will continue to ensure that the quality of instruction is the best.”

The additional training program is being offered to teachers beginning Monday.

“I applaud this effort to invest in educators,” Jackie Goldberg, vice president of the school board, said in a statement. “Now that we know that schools will be closed for the rest of the academic year and into the summer, it is important that we encourage principals and teachers to develop and hone the skills they will need for online learning. Students and families are depending on us.”