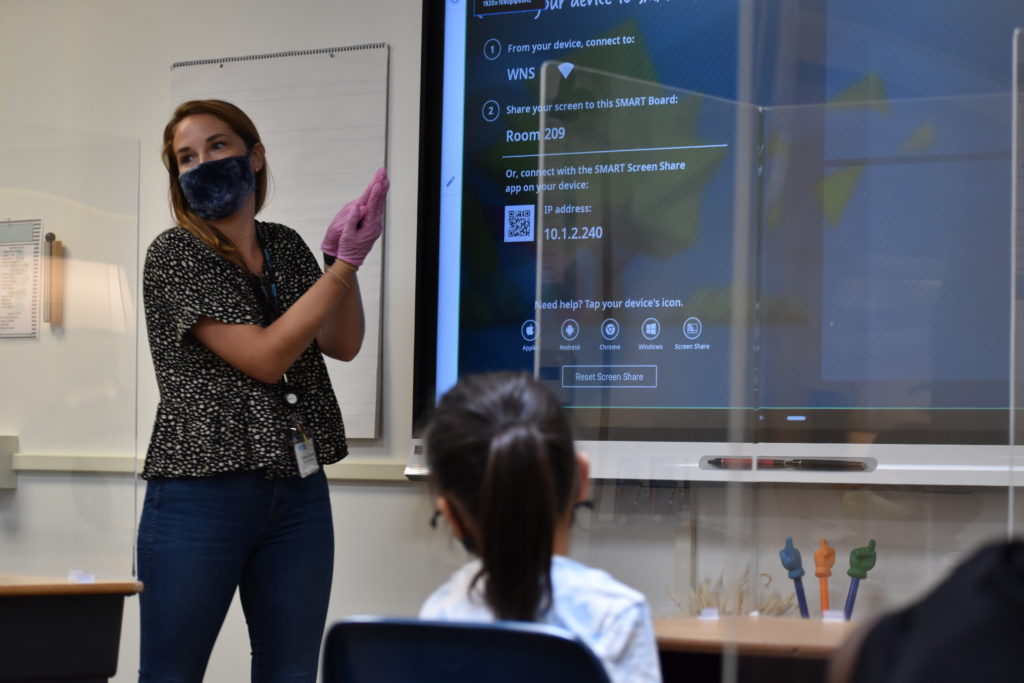 County increases number of students allowed back on campus. 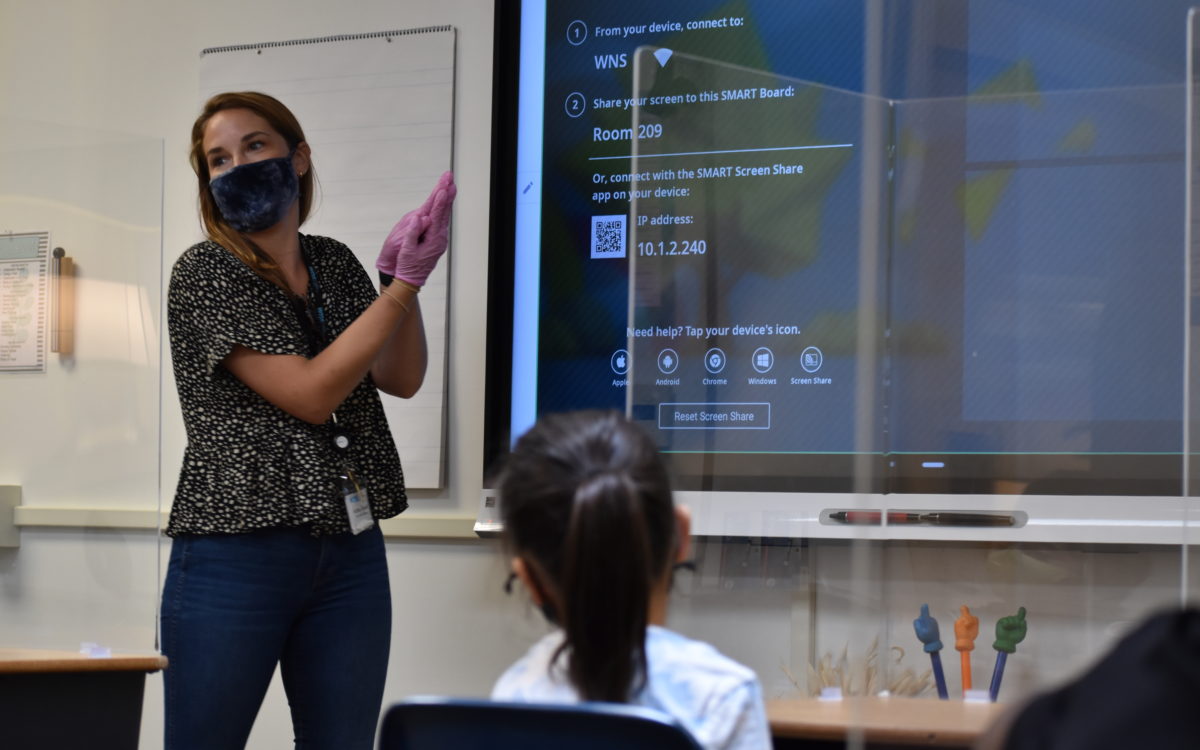 Los Angeles County remains in the state’s most restrictive tier for reopening but some K-12 schools have found a way to welcome back their youngest students.

By defining these early elementary grade students as “high-needs,” schools in the county are allowed to bring these pupils back on campus, as long as they follow safety protocols and limit the number of students on campus.

When the California Department of Health first published rules for reopening schools to a few students — even in those areas where infection rates remain high — it was described as a way for schools to prioritize the needs of children with disabilities, English learners and other students at higher risk of learning loss, including foster and homeless youth.

However, Los Angeles County allows schools to broadly define “high-needs” and on Wednesday its Board of Supervisors voted to increase the percentage cap of students allowed back on campus under these rules from 10% to 25%.

“Many schools have used this program to bring a large portion of their youngest students back to campus, recognizing young children are unable to learn online and qualify as high-needs students,” Supervisor Kathryn Barger said at a Wednesday press briefing.

An estimated 986 schools in the county, 70% of which are public, have reopened under this guidance, thus far, reaching approximately 35,915 “high-needs” students.

It’s through this allowance that some schools — including Westside Neighborhood School in Playa Vista, Curtis School near Bel Air and Chadwick School in Palos Verdes — have already brought back their early learners for face-to-face instruction.

Unlike the complicated transitional kindergarten-grade 2 waiver application system, under which only four schools in Los Angeles County have been green-lit to open, this “high-needs” process is far more streamlined. The process, for example, has never required letters of support from faculty and the school PTAs, as was the case until this week for a waiver application. Schools simply must notify the county that they are reopening, submit the required materials and pass an on-site inspection.

At Chadwick, school officials also identified the youngest students at their school as the most in need of in-person instruction. Many of their kindergarten students were logging off from their virtual classrooms.

“There’s a great need for these students. They’re 5 years old. They don’t understand what is happening on the screen in front of them,” said Barbara Najar, executive director of marketing and communications at Chadwick, which is private. “It’s very difficult for young students to stay tied to the computer, by nature of their attention spans. They were not fully participating in their lessons in the way that suits them best.”

“It is really hard for the younger children to do online learning,” said Stanford University professor Deborah Stipek, whose research focuses on early education. “The software and what the teacher does make a difference but it is really hard to hold the attention of little kids looking at a screen. A lot of it is just age and maturity.”

Kindergarten is a pivotal period in a child’s education, educators say, the cornerstone for future academic endeavors.

“These children have never been to school. They’ve never even met their teacher,” said Alexander Cherniss, superintendent of Palos Verdes Peninsula Unified. “This is an important year for them.”

At Chadwick School, 37 masked and distanced kindergartners had their first day back on campus Sept. 29. In cohorts of 12 or less, they had story time, played on the playground, learned about mindfulness in a group meditation and made self-portraits. The school, which has 865 K-12 students, also brought back 41 first-graders for in-person instruction three days a week starting Oct. 15 and 41 second-graders attending two days a week, as of Oct. 19.

“We’re very excited to have them back, doing what they need to do to learn and grow,” Najar said, noting that in addition to following all the county’s safety protocols on masks, distancing and sanitization, the school also has 45 acres of green space that it often uses for outdoor education. “It was amazing to watch the kids keep their masks on and pretend to have robot arms to keep their distance. They have fun with it.”

The small cohort strategy at the core of the safety protocols — which include more than $1 million in facility upgrades such as disinfecting mats at school entrances, a new air filtration system, hand sanitizer stations, new sinks and plexiglass for students’ desks at Westside — protects the student body from a widespread outbreak. These schools have also implemented temperature checks and health screenings. At Chadwick, the cohorts are also color-coded so it’s easier for students to identify their group.

If a student were to develop symptoms, the affected cohort would go back to online classes until it was safe for the entire cohort to return to class. It hasn’t happened so far, but Zacuto understands the precautions the school has taken don’t eliminate all risk.

“You can do everything right, and there can still be a positive test. It’s statistically going to happen. It’s a virus,” said Zacuto at Westside, a preschool-grade 8 school that may be reopening for second-grade students without the waiver, now that the county has increased the percentage cap to 25%. “But you’ve got to have the cohorts. You’ve got to have the communication and the contact tracing and all of the protocols in place where you then are able to isolate and contain.”

For some schools, the reward may be worth the risk. One of the main reasons to hold in-person instruction is to assess these young children at a watershed moment in their academic and social-emotional development, educators say. Over 70% of parents in a recent EdSource poll worry about learning loss, as well as the lack of social interaction with other children.

“We need to be able to assess them in terms of reading, writing and math, the foundational skills that they will need for the rest of their lives,” said Nahar at Chadwick, a K-12 school known for its small class sizes. “We need to assess where they are to be able to adapt to their needs. We cannot let them fall behind.”

For his part, Cherniss, who has been a vocal advocate of reopening the schools in regions with low rates of virus transmission, is exploring the possibility of bringing the kindergartners back in his Palos Verdes district under these guidelines.

“I know that for my community, it’s very important. Seventy percent of our families want their students back on campus,” Cherniss said. “We have among the lowest positivity rates in the county. We have students and families who want to return.”

The region’s largest school district is not yet ready to bring these high-needs students back to class, officials say.

“We are working on plans, together with our labor partners, on how students, including those with special needs, can do so in the safest way possible,” said a spokesperson for Los Angeles Unified.

Some observers are noting a widening gap between well-funded private schools, which have the means to reopen safely, and cash-strapped public schools, which often do not. The mayors of California’s biggest cities recently referenced this disparity in an Oct. 14 letter to Gov. Gavin Newsom and state Superintendent of Public Instruction Tony Thurmond.

“We are seeing private and parochial schools open much more quickly,” they wrote, “potentially increasing the disparities between well-resourced and under-resourced schools.”

Another key factor may be autonomy. Smaller, independent schools can be more nimble in responding to evolving safety rules and regulations.

“I think that the county is trying to be very careful and make sure that everybody’s safe,” said Deborah Dowling, executive director of the California Association of Independent Schools. “But when you are finding ways to make kids safe, it’s much easier to do it on a small scale.”

Certainly, the safety systems created under the guidance for high-needs students at schools like Westside and Chadwick can also be expanded if the institutions are later approved for the TK-2 waiver. Westside has empty classrooms on their second floor ready to use, for example, with desks already set up 6 feet apart.

“I have to say, I’m grateful it’s gone at the pace it has,” said Zacuto, who has already applied for the waiver. “I’m sort of grateful in hindsight that it’s playing out the way it has.”

At Chadwick, school officials are also anxiously waiting to hear if their waiver gets approved, so they can take reopening a step further and bring back their K-2 students five days a week.

“When it is safe to do, we’d love to have all the students back on campus,” Najar said. “There is no debate on that front, in-person learning is what’s best for the student.”