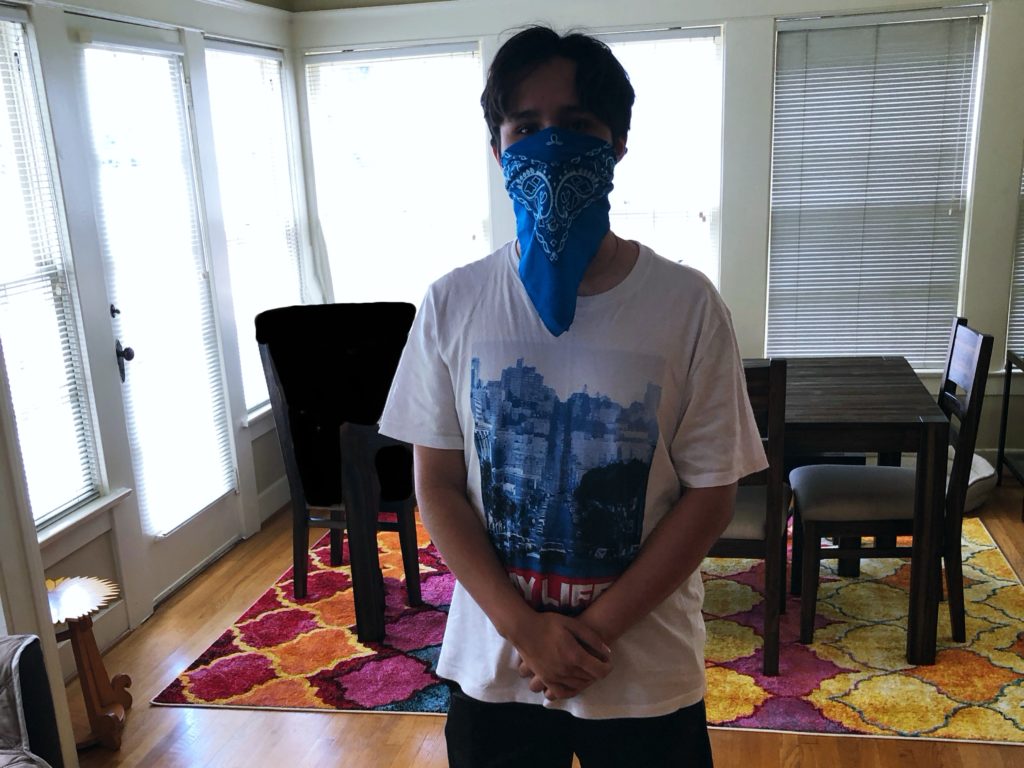 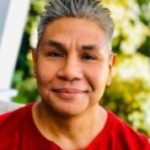 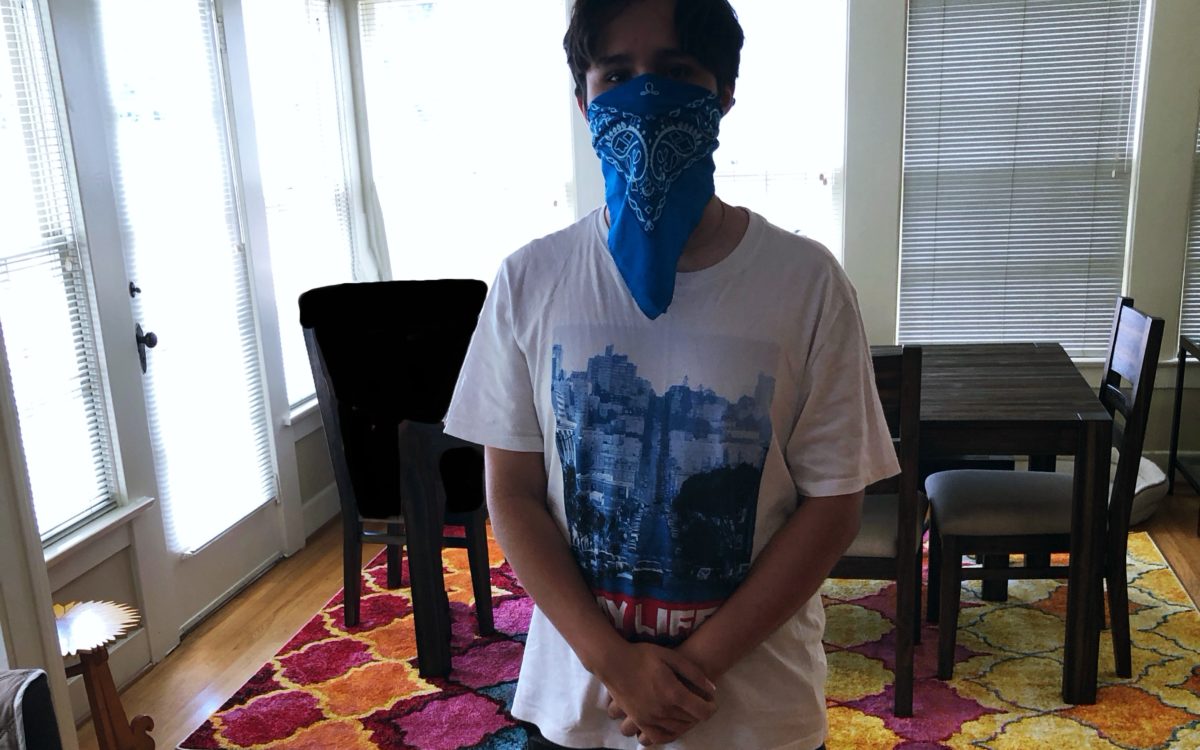 Credit: Daniel Vasquez / EdSource
The author's son is 15. During this pandemic, when people are required to wear masks in public, Vasquez says he worries that someone might find his son menacing when he is just out jogging or walking his dog.

Credit: Daniel Vasquez / EdSource
The author's son is 15. During this pandemic, when people are required to wear masks in public, Vasquez says he worries that someone might find his son menacing when he is just out jogging or walking his dog.

My son is 15. I haven’t had the cop talk with him yet but the murder of George Floyd is forcing my hand.

My boy is a typical third-generation native-born American teenager. He loves to play video games, ride his BMX bike and go to the movies. But none of that matters when he leaves our home. What matters is what he looks like. He looks like me, a Mexican-American.

My personal experience is why I know I need to have the cop talk. It both breaks my heart and scares the hell out of me.

I worry constantly about being pulled over in Southern California, where I raise my son. In October, the Los Angeles Times published an analysis of Los Angeles Police Department traffic stops of 385,000 drivers and passengers during a recent 10-month period. It found that about 75 percent of those stopped citywide were black or Latino; while the population of LA is approximately 48 percent Latino and 9 percent black. The Times also revealed of those drivers stopped, 24 percent were black; 16 percent Latino; and 5 percent white. Yet, blacks and Latinos were more than three times as likely as whites to be removed from the vehicle and twice as likely to be handcuffed or detained at the curb.

I have been stopped or questioned by police in San Jose, San Francisco and Seattle. Also in Massachusetts and Florida.

In San Francisco in 1993, I was sitting outside my apartment in my new Volkswagen GTI when a woman, who happened to be white, drove by. She slowed her car then dialed 9-1-1. Within minutes, a San Francisco police car pulled up. Two impatient policemen inside wanted to know why I was sitting in my car.

They wanted to know whether I could prove it was my car. When I offered my driver’s license and registration, they searched my car.

I was forced to sit on hot concrete. I was told to remove my socks, too. Seeing how helpless I looked, one officer said “Sorry. Just doing my job.”

That would be true if his job was to detain someone and take his socks or liberties away based on what he looked like rather than what he was doing — sitting in his own car.

I was a senior in high school in 1983 when a San Jose cop pulled over a car I was riding in with three friends. The officer was white; we were Latino, black, Asian and white. We were asked the usual questions and then ordered out of the car so the officer could conduct a search.

Suddenly he produced a big bag of pot. It wasn’t ours.

The sergeant wasn’t swayed by our protests. That’s when my friend, the driver, unloaded his secret weapon. “Officer,” he said politely, “I am telling you that is not my weed. I don’t smoke weed. And I would appreciate it if you would call my father. He is a cop, too.”

The officer asked my friend for his father’s name and a look of recognition washed over his face. Then he let out a big chuckle and declared, “I was just [expletive] with you guys.” He let us go.

I am convinced the pot came from the cop. I cannot convict him in court. But I know it did not belong to any of us and that the pot disappeared with the San Jose cop because that is where it came from.

I have spent more than half of my 30-year journalism career covering crime and courts. I met many, many good cops. True heroes, the kind of selfless professionals who don’t like being called heroes even after they rush toward danger to save someone’s life. But I have also met the kind of cops who can spoil an entire department.

My son has seen the news clips of the protests that have erupted the past weeks in response to Floyd’s totally avoidable and violent death at the hands of police. The part he doesn’t know, the part that is most important, is also the most painful part. I must tell my American boy that the next neck crushed by a police officer’s knee could be his own. Simply because he looks like me.

I have to tell my son that if he gets pulled over or questioned, he must keep his hands in full view at all times. I must teach him to speak carefully and loud enough to be heard, but not so loud as to inadvertently startle or anger jittery police.

I will tell him how I still believe that most cops are good cops but that should he end up on the ground with a knee to his neck, he should call out for me just like Floyd called out for his deceased mother.

And as long as I am still breathing, I will do whatever it takes to remove that knee.