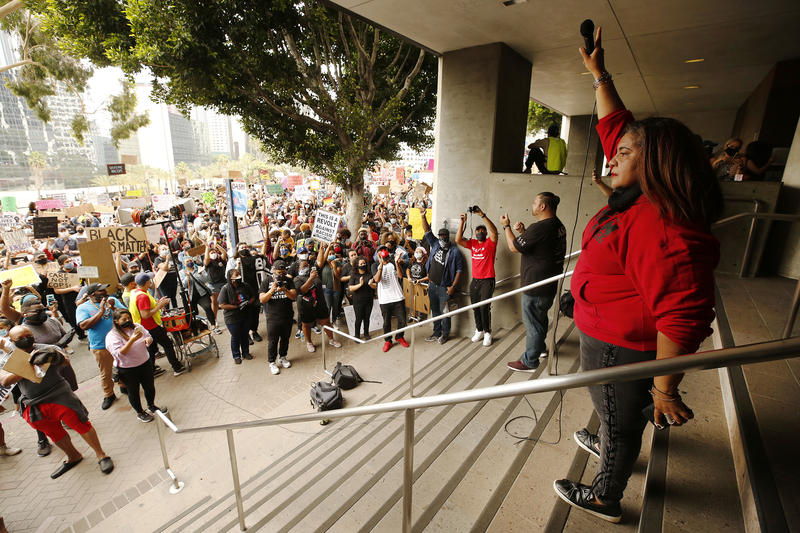 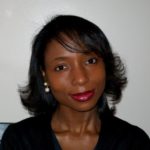 Earlier this year Cecily Myart-Cruz was elected president of United Teachers Los Angeles, the union representing over 30,000 Los Angeles Unified teachers. She will succeed current president Alex Caputo-Pearl on July 1, assuming one of the most prominent positions in education in California and nationally, certainly when it comes to labor relations.

The Chronicle of Social Change’s reporter Nadra Nittle recently spoke with Myart-Cruz, a veteran teacher who will be the first woman of color to lead the union, about the policing of students and the school-to-prison pipeline as well as systemic racism in the classroom and how educators can make a difference. After the police killing of George Floyd, Myart-Cruz co-wrote a statement with the UTLA leadership arguing that “educators have a critical role to play in dismantling racism in our communities.” During a June 8 press conference with Black Lives Matter LA, she announced that the union’s board of directors voted 35-2 to support cutting funds to the Los Angeles School Police Department and redirecting those resources to social services programs in the district.

The interview has been lightly edited for clarity and brevity.

How does the Black Lives Matter movement line up with your concerns as an educator?

We are not pushing ethnic studies like we should and, of the roughly 306,000 educators in California, only 12,000 are Black teachers and only 3,700 are Black male educators. We should be actively promoting Black Lives Matter. It doesn’t mean that other people’s lives don’t matter but that when you fix things for Black people, you fix them for everyone.

What are teachers and students experiencing during this period of social transformation and widespread civil unrest?

We have to support educators. They are struggling. They are processing. Our kids are at home strapped to devices because we’re Zooming with them. They’re seeing death and destruction and the snuffing out of George Floyd’s life on every screen, so imagine what that does to their mental health. We don’t want to see our Black male students get caught up in the same circumstances as Floyd. We don’t want school police to think of them as more suspicious, especially the ones who wear do-rags and hoodies. We don’t want their Black bodies policed and subjected to random searches. I don’t want our kids, when we finally come back to brick-and-mortar schools, to be scared.

How does the state contribute to the school-to-prison pipeline?

When we talk about the school-to-prison pipeline, we tie that to the budget. In California, we budget approximately $65,000 per prisoner compared to $11,500 per pupil. When you realize that you understand that our state budget is upside down. We have cut local control funding formula money for foster youth, low-income students and English learners. We have cut the funding for adult education and for our most fragile babies — preschool and early education. Give me a freaking break!

How can educators better serve their students as systemic racism becomes a national talking point?

They’re not talking about institutional racism and systemic racism. They’re not talking about white privilege or white supremacist culture. You have people coming into classrooms viewing their students as “those lazy kids.” They don’t have a clue what the real issues are until they start to peel back the onion. Educators need to use our privilege and platform to create a space where we are lifting up our Black youth. Black students are saying that they see themselves as invisible and disposable. So, we need to have Black studies programs in schools. We need to say Black Lives Matter. Full stop. Doing so hits at the very core and foundation of what we need to do as educators.

We have to have culturally relevant pedagogy. There are so many different levels to this, and it starts in teacher preparation programs. White educators — it’s not enough to know a Black person. White silence equals white violence. You’re either a racist or you’re anti-racist. Don’t sit around and wear Black Lives Matter stuff if you’re not willing to talk to legislators and if you’re not talking to Black educators.

After George Floyd’s killing, UTLA released a statement declaring that “Black Lives Matter.” Have you experienced any pushback because of that?

We haven’t had a woman lead our union since Helen Bernstein in the ’90s. Our union is 50 years old; we’ve only had two women running it. I am the first woman of color taking this mantle, and when two UTLA members saw our Black Lives Matter statement, they said they’re going to stop paying their dues. One has sons who are police officers. But this statement really hits home. I’m proud that my union is standing up. We have to move this conversation forward, whether you are teaching Black kids or you’re a Black educator. We have a huge divide in the union, but we’re willing to be courageous like we said in our statement.

Have you experienced this kind of pushback before, and, if so, how did you handle it?

I’ve been the only Black officer on my team for six years. The very first time I went to the San Fernando Valley for a meeting, six white women came up to me afterward and told me, ‘We appreciated your message, but you scared us. We were very intimidated by you and how you moved your hands around and spoke loudly.’ I went on to internalize that oppression. I would go to meetings and warn everyone, ‘I speak loudly but don’t be intimidated. This is just me.’ I was giving people these damn disclaimers about myself, and then I decided that I didn’t want to do that anymore.

What are your plans as the incoming UTLA president?

We need to decry what’s going on. We can’t just say we’re about racial and social justice; we’re going to have to live it and give racial equity training to every single member of the board of directors, every manager, every clerical worker. We need to have a set of demands that dovetail with Black Lives Matter. We have to have massive political education. People will say, ‘Not all police are bad,’ but we’re not talking about that. We’re talking about racism as a social construct, systemic and institutional racism, and wrapped on top is white supremacist culture, which is the dominant culture. So as educators, how are we going to equip ourselves to become anti-racist, not for ourselves but for our students. We serve a school district with a 90% free-and-reduced lunch student population. We have to move the needle. It’s imperative to move the needle around racial and social justice.

Nadra Nittle is a freelance reporter who can be reached at nnittle@chronicleofsocialchange.org. This article was first published by The Chronicle of Social Change.