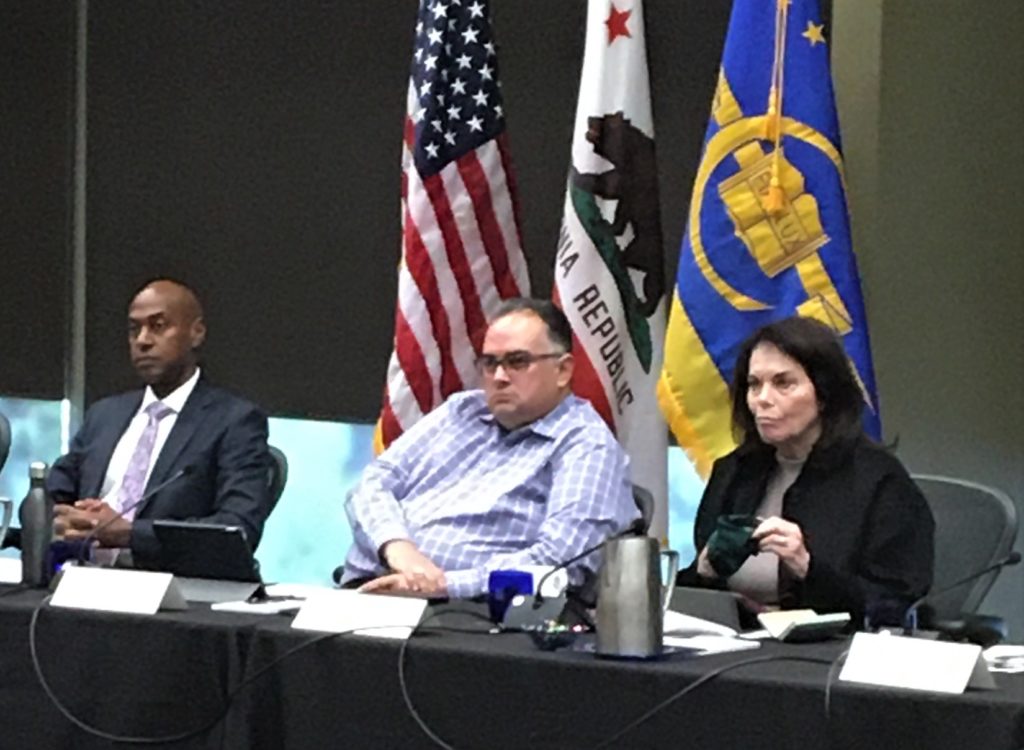 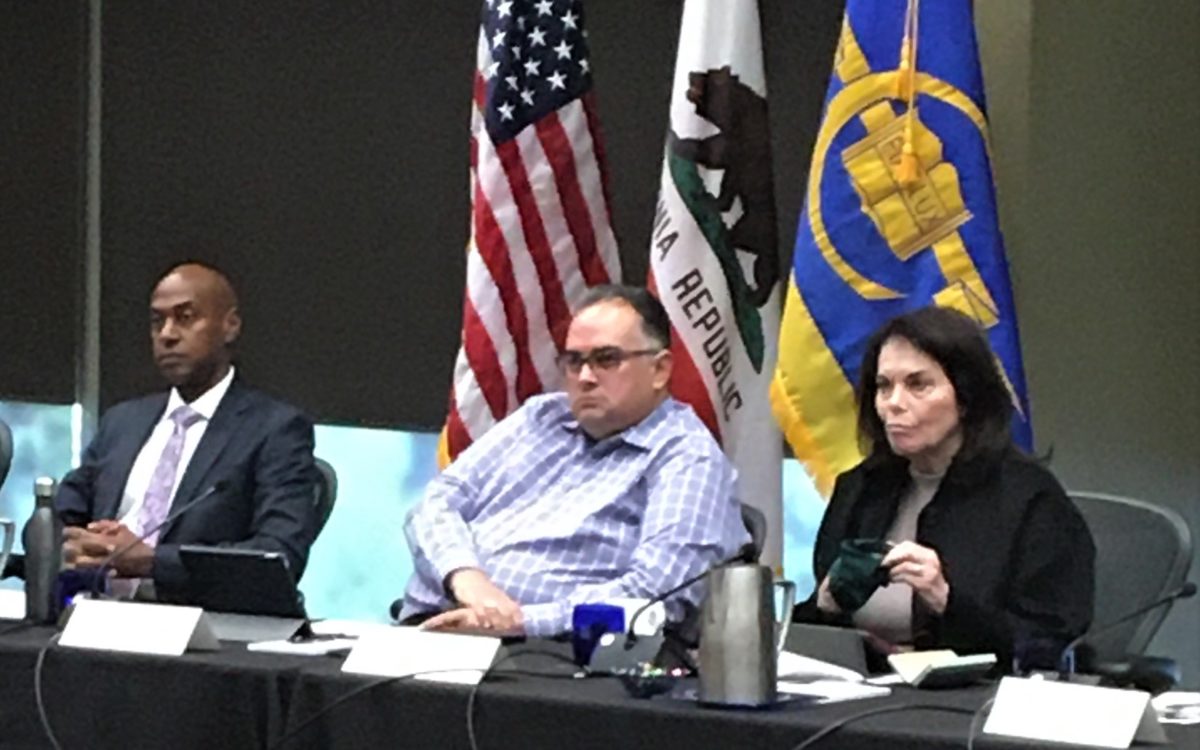 Larry Gordon/EdSource
UC regents, from left, Gareth Elliott, John A. Pérez and Sherry Lansing are on the search panel for a new president. They heard testimony at UCLA.

Larry Gordon/EdSource
UC regents, from left, Gareth Elliott, John A. Pérez and Sherry Lansing are on the search panel for a new president. They heard testimony at UCLA.

The University of California Board of Regents announced today that they support repealing Proposition 209, which would allow the university to consider race, gender and ethnicity in admissions and hiring.

“It makes little sense to exclude any consideration of race in admissions when the aim of the University’s holistic process is to fully understand and evaluate each applicant through multiple dimensions,” UC President Janet Napolitano said. “Proposition 209 has forced California public institutions to try to address racial inequality without factoring in race, even where allowed by federal law. The diversity of our university and higher education institutions across California, should — and must — represent the rich diversity of our state.”

The regents endorsed Assembly Constitutional Amendment 5, authored by Assemblywoman Shirley Weber, D-San Diego, which would repeal the affirmative action ban approved by voters in 1996. That constitutional amendment was approved by the Assembly last week, in a 60 to 14 vote, and currently is awaiting action in the Senate. If approved there with a two-thirds margin before June 25, it will then be placed on the Nov. 3 statewide ballot. Voters will have the opportunity to decide if affirmative action should once again be used as a tool to increase diversity in universities and other government agencies.

With their vote during a special meeting Monday morning, the regents reversed a position that their predecessors took in 1995 when they approved two resolutions banning affirmative action at the university, a move that was championed by Ward Connerly, a Republican businessman from Sacramento who was also a regent, and backed by then Gov. Pete Wilson. Connerly, who is of mixed race but described himself as black, held libertarian views when it came to affirmative action, which he labeled as “reverse racism.” He then led a drive to have a similar ban imposed on all government institutions in the state, including its public schools, in the form of Prop. 209, which was approved with the support of 55 percent of voters.

As the demographics of California have changed, as well as the political make-up of the Legislature, there has been much discussion about whether or how to reverse the affirmative action ban. But as the Black Lives Matter movement has grown along with awareness of police brutality and racial injustice, universities are taking an even closer look at the systemic bias within their own policies.

Despite attempts to increase diversity while keeping admissions “race-neutral,” UC’s student body does not reflect the state’s racial and ethnic diversity because of the ban, the UC regents said in a statement issued after the vote.

The proportion of underrepresented groups, including blacks, Latinos and women, attending the system’s nine undergraduate and one graduate universities, averaged 20%, then dropped to 15% in 1998, then slowly increased over the next 20 years, reaching a peak of 37% in 2016, according to the university. However, the percentage of underrepresented students graduating from high school doubled to over 56% in 2016.

The UC system said the ban has also hurt its efforts to diversify faculty ranks.

“While the CSU takes great pride in the fact that our student body largely reflects the dynamic diversity of our state, we know that we could do more, particularly for African American students, if Prop 209 prohibitions were no longer in place,” White said, on behalf of the 23 CSU campuses. “It is critical that we have the ability to target resources and support structures for students to overcome institutionalized and systemic opportunity barriers.”

This isn’t the first time the Legislature has attempted to repeal Prop 209. The Senate attempted a similar amendment in 2014, but that proposal failed in the Assembly after Asian American advocacy groups said it would leave Asian students at a disadvantage when considering applications from underrepresented minority groups in university admissions.

The U.S. Supreme Court has repeatedly ruled that schools can use race as an admission factor in certain circumstances. Still, Prop 209 has prevented California universities from taking race or ethnicity into account in admissions or hiring, even if there is a compelling reason for doing so, according to the UC System.