How school discipline — and student misbehavior — has changed during the pandemic 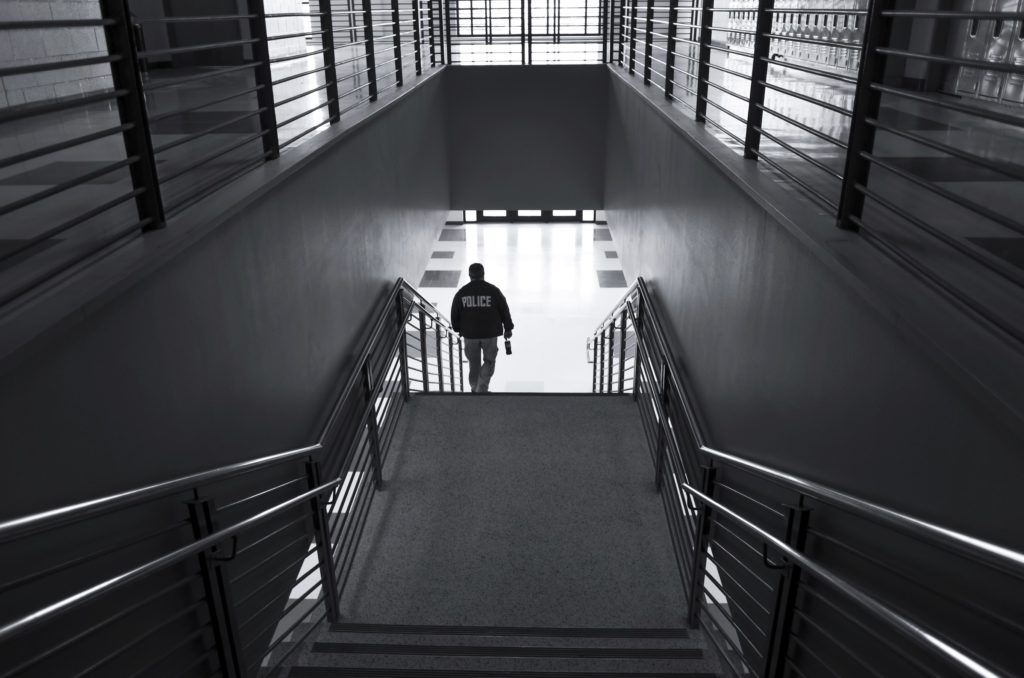 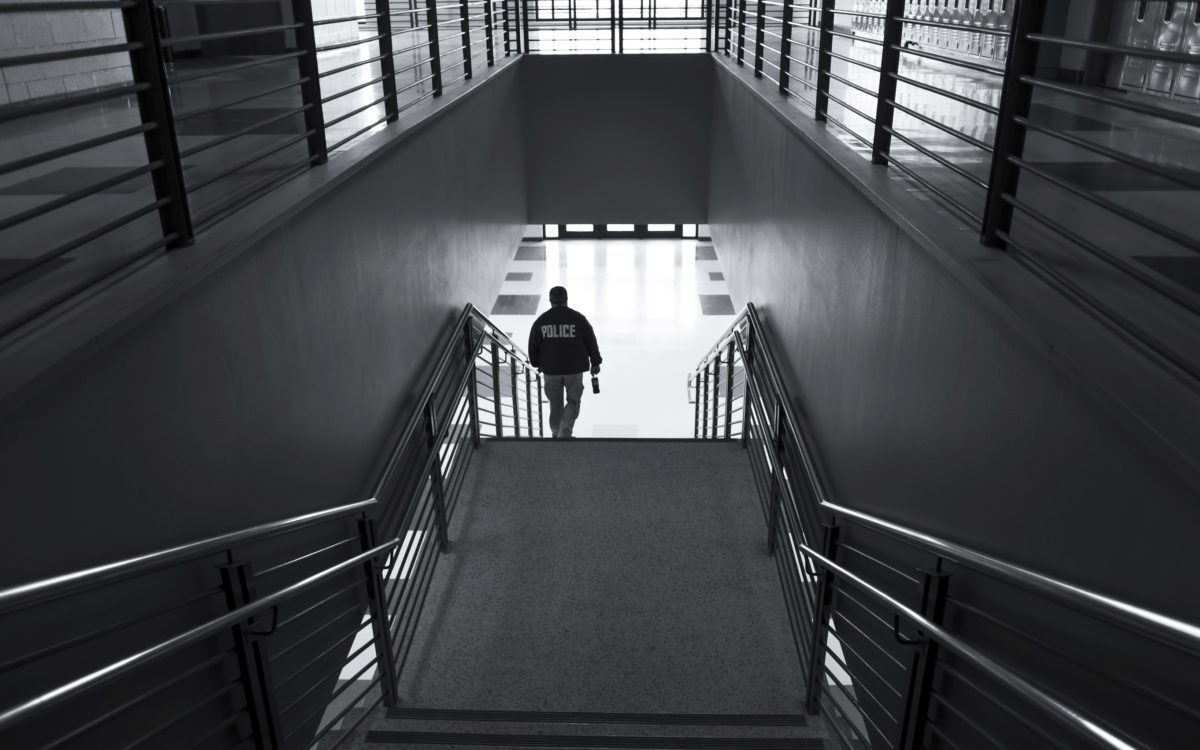 Student misbehavior hasn’t vanished during distance learning, but schools are finding that imposing discipline in a virtual environment is a complicated and often murky process, and that current laws don’t neatly apply to online behavior.

The California Department of Education has not yet released suspension and expulsion data from the 2019-20 school year, but teachers and advocates interviewed by EdSource say school discipline, such as suspensions and expulsions, is still happening during distance learning, although less frequently than when students attended school in person.

Cheating on online tests, disrupting online class, and drug and weapon violations are among the more common offenses they’ve encountered. But how those students are punished has varied widely.

“School districts have been so focused on setting up distance learning — rightfully so — that proactive and transparent discipline policies have taken a back seat,” said Mandy Leigh, a San Francisco attorney who specializes in school discipline and special education law. “But it’s something school districts need to take seriously because there’s a lot at stake.”

Lack of data is perhaps the biggest problem, advocates said. Under state law, schools are required to track and report suspensions and expulsions and the subgroups of students who are disciplined — by ethnicity, gender or whether they’re in special education. But data about school discipline during the pandemic so far has been elusive.

Even when the state releases the data for 2019-20, it won’t distinguish between suspensions and expulsions before schools closed in March due to the pandemic, and discipline meted out when students were learning at home.

Complicating matters, discipline strategies look different when students aren’t in a brick-and-mortar classroom. Instead of teachers sending students to the principal’s office or to an in-school suspension room, they’re more likely to mute a student’s audio on Zoom or turn off a student’s video.

Or, they might send the student to a temporary Zoom “break-out room,” apart from the rest of the class.

Those actions aren’t likely to be recorded as formal suspensions, but in a way, they are still removals from the learning environment if they last for significant amounts of time, such as an hour or more, said Dan Losen, director of the Center for Civil Rights Remedies at UCLA.

“This is something we are very concerned about,” he said. “Unfortunately, even if we had data from last year, which we don’t, there is not a category or clear definition for an out-of-school or in-school suspension from online instruction.”

Advocates also fear that if Black, Latino, Native American and special education students are being disproportionately disciplined compared to their peers, the trend will be masked by a lack of records of incidents. Without such information, it will be more difficult for schools to be held accountable for discrepancies in suspension and expulsion rates, said Linnea Nelson, an attorney at the American Civil Liberties Union of Northern California who specializes in education equity issues.

Even before the pandemic, those subgroups of students, particularly Black students, faced more suspensions and expulsions than their white peers, according to data collected by the California Department of Education. But the gap has likely widened because student misbehavior is often the result of trauma or a crisis at home, and certain groups, such as Black and Latino families, have been disproportionately impacted by the pandemic and economic downturn, Nelson said. A survey released in September by the Commonwealth Fund found that Black and Latino adults were far more likely than whites to have experienced economic hardship and mental health challenges related to the pandemic.

“Discipline data is one of the ways we get a snapshot of how civil rights issues are playing out in schools,” Nelson said. “But if incidents aren’t being properly recorded, then we have no objective way to measure impacts on students. … We do know that the pandemic is exacerbating disparities throughout society, including school discipline.”

Student misbehavior itself has also changed with the shift to distance learning. The ACLU and other groups are monitoring several high-profile school discipline cases, in California and elsewhere, in which teachers spotted BB guns or toy guns in students’ homes and took disciplinary action — in some cases calling the police because they thought the guns were real.

In the East Bay Area, a school district sent police to a student’s home after a school staff member allegedly saw a gun on screen during a Zoom session. The gun was an unloaded toy BB gun, and the family filed a legal challenge over the district’s decision to discipline the student, according to Damien Troutman, a San Francisco attorney who specializes in school discipline who is working on the case. In Louisiana, a fourth-grader was suspended in September when his teacher saw a BB gun in his bedroom. In Colorado, school officials called the police on a seventh-grader who had his hand on a “Zombie Hunter” toy gun. A similar incident happened to a sixth-grader in New Jersey.

Parents in those cases believed the students had a right to have toy guns in their homes. But if online class was in session, the rules might not be so clear, said Leigh, the San Francisco special education law attorney.

In California, possessing weapons at school is a violation of the state education code and grounds for suspension or expulsion. The law applies not just to school campuses, but any off-campus school activity, such as field trips or club events, and likely includes a student’s home during distance learning, Leigh said. Because most parents probably don’t realize this, schools need to do a better job communicating the rules and behavioral expectations during distance learning, she said.

Beyond weapons possession, a host of other offenses aren’t spelled out in the education code as grounds for suspension or expulsion, but might fall under an individual school’s discipline policy, such as cyberbullying —when a student harasses another student online, sometimes publicly on social media — cheating, harassment and dress code violations. Troutman said some students have been disciplined for political harassment — waving Trump flags during a Zoom session with the intention of intimidating other students, for example.

In addition, high school teachers say sometimes students turn off their cameras and shop, watch movies, scroll through social media or play video games during class, all of which may be violations of school policy. The infractions are not usually grounds for suspension, but could be subject to other forms of classroom discipline.

But excluding a student from class, even by sending them to a Zoom break-out room, almost never improves a student’s behavior, said Wendy Tucker, senior director of policy at the National Center for Special Education in Charter Schools. Tucker recently published a white paper on how schools can improve their discipline protocols for students with disabilities during school closures.

Talks with the family, referrals to a counselor or social worker and creating long-term plans to address a student’s misbehavior are more effective ways for schools to handle school discipline, she said. In general, addressing the underlying reasons for the misbehavior nets better results than suspending or expelling a student, she said.

“If you think about the loss of learning that’s happening anyway due to Covid, seeing students removed from class is extra concerning,” Tucker said. “I get it — If I’m a teacher and I have 26 third-graders, it’s easier to stick them in a breakout room than reach out to the family. I know that we’re asking a lot of teachers already. But for so many kids, especially those who’ve experienced trauma, education is so important right now. It really is a lifeline.”

For the past several years, schools have been under pressure to improve the ways they respond to students who misbehave. Effective this school year, the state has banned suspensions for “willful defiance” — defying school staff or disrupting school activities — in grades K-8. For the previous several years, this category of suspensions had been prohibited only in kindergarten through third grade.

San Bernardino City Unified is among the districts in California that had relatively high rates of suspensions before the ban on willful defiance suspensions, but has since seen rates gradually decline over the past seven years. Since 2011-12, the district has decreased its overall suspension rate from 7.6% to 5.5%, in part by adopting restorative justice, conflict resolution and anti-bullying programs that have greatly improved campus climates — virtual and otherwise, district officials said.

The anti-bullying program has been especially useful in curbing cyberbullying, which has been increasing in many schools during the pandemic because students are spending more time online, said Marlene Bicondova, the district’s director of positive youth development. An example of cyberbullying would be a student maliciously singling out another student and urging classmates to shun him or her. Most schools have policies against cyberbullying, whether it happens during school hours or outside of school.

In San Bernardino’s anti-bullying program, adopted three years ago and now happening on Zoom, school counselors enlist students’ help in publicly supporting students who’ve been bullied, without the bully being singled out. That sort of peer pressure has been more effective in changing a bully’s behavior than suspension or other traditional discipline practices, she said.

Of the 95 bullying cases school staff handled over the past three years, nearly all were resolved successfully through this program, even cases that occurred after campuses closed and the program shifted online, she said.

“We learned that we can’t just keep suspending kids. When we suspend them, they just come back angrier,” she said. “No strategy is going to solve all kids’ bullying issues, but this definitely helps. We’ve seen huge improvements and know it works. … Now we know it works in distance learning, too.”