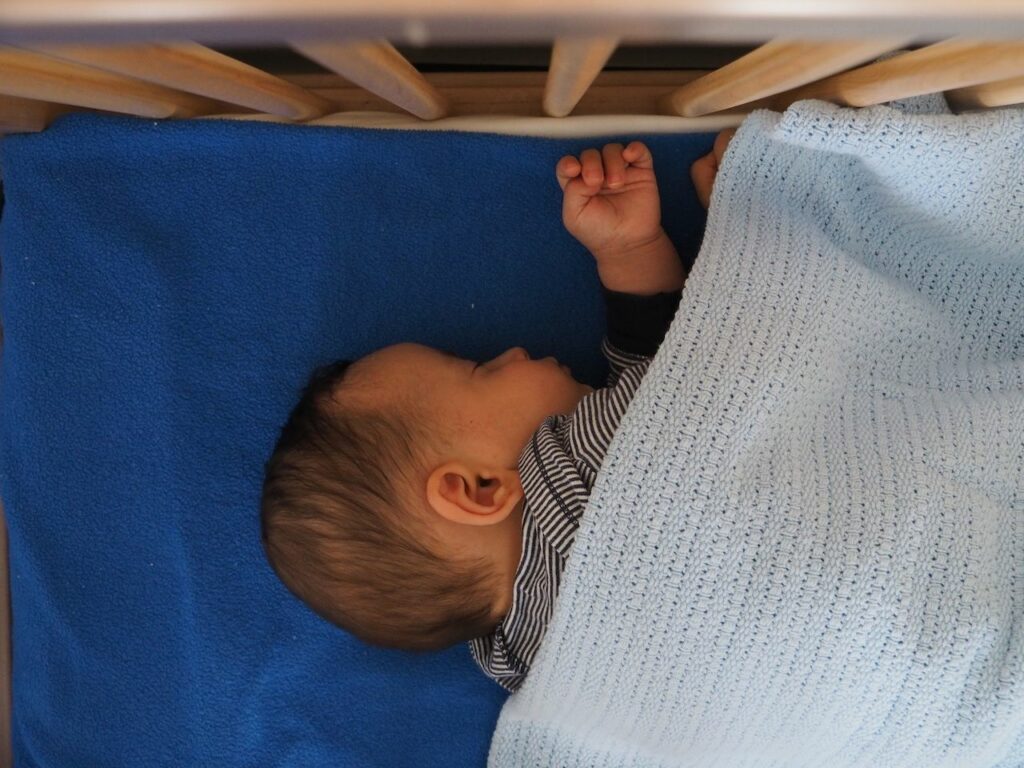 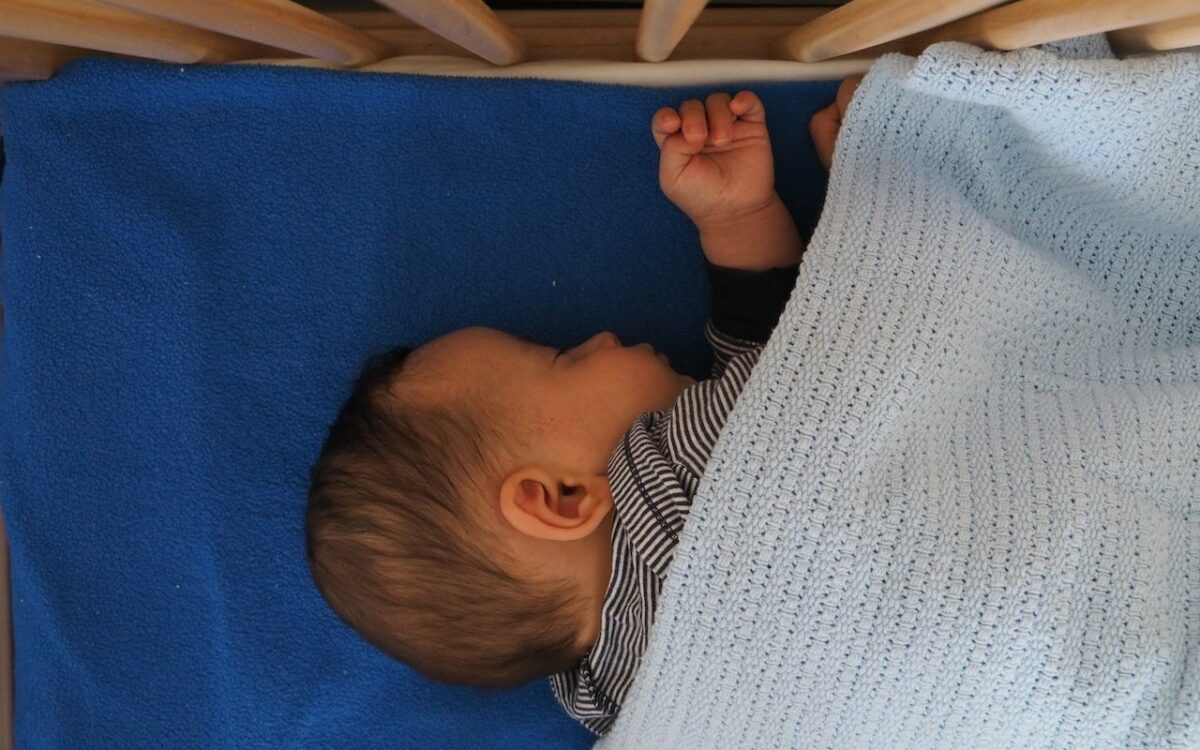 Credit: Liv Ames for EdSource
Nathan Guzmán sleeps in a crib at a daycare center for the children of migrant workers in Watsonville.

Credit: Liv Ames for EdSource
Nathan Guzmán sleeps in a crib at a daycare center for the children of migrant workers in Watsonville.

California became the first state in the nation to offer parents Paid Family Leave in 2004. Now, more than a quarter million parents use this lifeline to take care of their newborn babies every year.

Low-income parents, however, are often the least likely to take advantage of paid leave, research shows. California’s new Master Plan for Early Learning and Care is a 10-year blueprint for gradually reforming early childhood and education at a cost ranging from $2 billion — to make some improvements — to $12 billion to completely overhaul the state’s system.

The report, which was commissioned by Gov. Gavin Newsom, proposes three key ways to bridge the gap between these vital dollars and the parents who need them most. The critical recommendations range from increasing the size of payouts and duration of leave to helping support small businesses while employees are out.

“This is not a luxury issue at all. Spending time to care for your family when they need you is a very basic issue,” said Jenya Cassidy, director of the California Work & Family Coalition, a statewide advocacy group. “It can make a huge difference in your life.”

Bonding with the baby is just the tip of the iceberg, advocates say. Paid leave can greatly impact the well-being of families with newborns, studies suggest. Taking this time off has a variety of benefits, from helping reduce maternal stress and reducing infant hospitalization to increasing breastfeeding. The program boosts overall health for mothers and children, which can have lifelong benefits.

The first year of life is a critical period for brain development. A child’s brain doubles in size during that time, experts say. From an educational perspective, this early brain development may be essential, laying the foundation for all future learning, research shows, from academics to career. Parents play a key role in sparking that growth, advocates say.

“Paid family leave is a key part of the early childhood arena, and it is most critical for low-income families,” said Sarah Crow, managing director of the First 5 Center for Children’s Policy, a nonprofit child-advocacy organization. “That has always been true, but it is even more important now when many families are at a breaking point.”

Especially now, when the Covid pandemic has shined a harsh light on the inequities inherent in American life, advocates say, it is clear that access to family leave remains a critical issue.

“Paid family leave policies have the power to lift people out of poverty, but only if the lowest-income Californian has the ability to utilize the program,” said Bridget Shea, California campaign manager for Paid Leave for the United States, an organization advocating for paid leave. “Californians that are working paycheck to paycheck.”

Right now, the major obstacle facing low-income parents who don’t take paid leave is money. Giving up part of their pay to stay home with an infant, advocates say, places an undue burden on these families, who are already scrimping to survive.

Currently, the program, which is funded by worker payroll contributions, only provides 60% to 70% of income. Advocates say many low-wage workers pay into the system but never use it.

The core reform, as outlined in the master plan, is to raise the payout to 90% of wages for low-income workers. Since part of the benefit is not taxable, most workers would get 100% of their normal take-home pay, the report says. The cost associated with expanding paid family leave is estimated at several hundred million dollars, according to the report’s authors.

“Raising the rate of wage replacement for low-income families means that more families don’t have to choose between rent, food, transportation,” said Shea, “and being there for their family.”

As with many of the reforms in the master plan, the guidance is expected to be phased in over time. Another key recommendation is increasing the length of time people can take off. The leave was already bumped up from six weeks to eight weeks as of July, when Senate Bill 83 kicked in.

“It would be ideal to allow families longer periods of paid leave to care for their infants,” the report says, although no duration is specified.

The report also suggests giving small businesses support, such as resources to train existing workers or hire temporary workers, while workers are out on leave.

“Small business owners understand the need to be home when a new baby arrives, and they are grateful that they don’t have to pay for it,” says Crow, “but sometimes they need help figuring out how to keep the business afloat.”

It’s important to note that while California’s paid family leave program applies to all employers regardless of size, the California Family Rights Act, which gives workers the ability to take job-protected leave, did not, until recently. Previously, you had to work for an employer with at least 20 employees to be eligible for job protection. Although you may have been eligible for the time off, advocates say, you may have decided not to for fear of losing your job.

“No one is more vulnerable to thinking they may be fired for taking time off than low-income workers,” Cassidy said. “There is a great need for more education and outreach on these basic rights.”

The passage of Senate Bill 1383 this summer, one of the recommendations from the governor’s Paid Family Leave Task Force, expanded this protection to businesses with at least five employees.

“That was a real win,” said Crow, “because it extended the benefit to an additional 6 million people.”

She also points out that more must be done to streamline the process of applying for paid family leave because the bureaucracy can be difficult to navigate.

“There are a lot of barriers for low-income families,” Crow said. “Raising the rate of pay is crucial, but we also need to build awareness and build confidence. The paperwork can be challenging and onerous. It is not as user-friendly as it could be.”