Being homeless during coronavirus adds to hardship for California college student 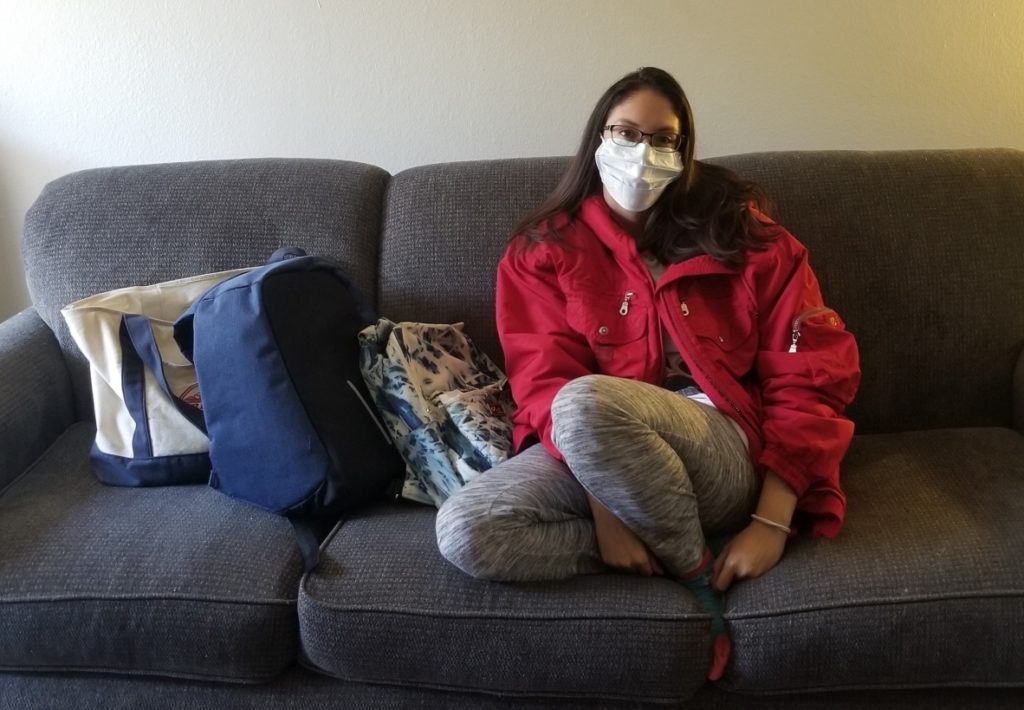 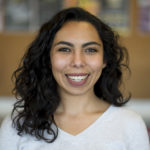 Mornings for student Cristina Zetino at California State University, Los Angeles are as normal as they can be. Before she packs up her things, she checks in with the family that offers her an occasional place to lay her head for the night.

The self-described “couch surfer” alternates between three different homes throughout the week while juggling work and classes. Always in her possession are three bags: “One bag for school, one for clothes and a bag for personal hygiene and other supplies.”

Amid a global pandemic that has disrupted the economy and schools, Zetino has found her already difficult situation grow more tenuous. Undeterred, she’s one of four students at the Los Angeles college campus that is behind a petition to convince college administrators to switch to a pass-fail grading system this semester.

While driving from place to place, Zetino stores non-perishables in the trunk of her car in order to keep food stocked and her luggage small. This allows her to move from house to house and couch to couch easily.

In 2016, Zetino’s family was evicted from their home in Pacoima, which forced her to take refuge at friends and other families’ houses while she started classes at Cal State LA. The first-generation student, who is double majoring in child development and psychology, is now in her final semester.

Cal State, LA psychology Professor Steven Frenda said that Zetino’s contributions and presence in his class “benefit the other students a lot.” He said he hopes that she and all of his students are staying safe during the COVID-19 pandemic.

“It’s wrong that people deal with these struggles in a country this wealthy,” Frenda said. “Our students, like everyone else in our communities, should be guaranteed housing along with health care and other basic needs, and we should all demand that our leaders provide that kind of safety net, at minimum.”

Zetino was enrolled in the last six units of her college career when the university transitioned to online-only classes last month as the threat of the coronavirus grew in California. For students like Zetino, the transition was particularly hard.

“As a couch surfer, everywhere I go is a little bit different. I am lucky enough to have Wi-Fi in two out of the three places that I stay at, but it doesn’t necessarily mean it will be quiet and that I [can] sit and focus,” Zetino said. “I can’t tell people in their own home, ‘Hey, be quiet ‘cause I need to take this class’ or ‘I need to take this test.’”

With the pandemic in full swing, Zetino said some of her once reliable homes of support have begun to question whether or not she should stay in one place.

“I did get told that, ‘If you go check on your parents, you might want to find somewhere to stay,’” Zetino said. “I think it’s because fear is kind of taking over as the number of cases are rising.”

Zetino said she stopped going to a friend’s house where an elderly woman lives. If all of the homes she takes refuge in ask her to stay away due to the pandemic, Zetino said a possible option could include living in her car, as she has done once before.

Jordan Fu, a longtime friend of Zetino’s and owner of a condo that she stays at frequently, said that he is “absolutely not” concerned when Zetino comes by his condo. They have adapted a routine to lessen the risk of her contracting the virus while out, which includes throwing out her face mask before entering Fu’s residence.

“The routine is that I have her wear a mask outside, and she has Purell with her. [She] makes sure she’s constantly washing her hands,” Fu said. “As soon as she comes in everything is thrown away, and she goes to a pot where I boil vinegar. She smells the vinegar — just one whiff or two whiffs —and that will eliminate a lot of the microbes inside of [her] nose.”

As of April 15 in Los Angeles County, 10,496 cases of COVID-19 and 402 deaths according to the County of Los Angeles Public Health. In Cal State LA alone, there are two cases of students diagnosed with COVID-19, though the university Director and Medical Chief of Staff Dr. Monica Jazzabi states that they had not been on campus or in contact with students or campus personnel for three weeks prior to being diagnosed.

For Zetino, these numbers are stark reminders of the reality that lies outside of the comforts of her selected houses.

Adding to her troubles, Zetino lost her only source of income when the college campus closed. She had worked as a teacher’s assistant at Cal State LA’s Anna Bing Arnold Children’s Center for two years. She was asked by the college last month to file for unemployment.

For Zetino and her colleagues, stepping down from their positions added more stress to their spring semester.

Zetino took to social media and met three like-minded students who shared her concerns of the stresses of the semester. Together, they founded a petition to end the semester and pass students for the remainder of the school year.

“There should be something done between the institution and the students as an act of kindness and an act of good faith,” Zetino said. “We really are all in this together. That’s not what I’ve been getting from [the] administration and from everyone that I’ve talked to.”

The petition, which originally had aimed to obtain 2,500 signatures has now surpassed its goal and has more than 5,600 signatures from the Cal State LA and surrounding community.

According to Zetino, the four students’ next step is to present the document to the administration to consider their proposal.

Zetino hopes that school officials consider options that include, but are not limited to, either ending the semester outright and giving all students a passing grade or ending with the grades that students had before the transition to online occurred.

On April 8, Cal State LA announced a grading option for students to consider while continuing with the spring 2020 semester. According to a campus-wide email, “undergraduate students may elect to be graded on an ABC-/NC basis, or on a Credit/No Credit basis, for any of their courses.”

In the email Dean of Undergraduate Studies Michelle Hawley and Dean of Graduate Studies Karin Elliott Brown stated that the move to allow a non-traditional option was in hopes of “lessening the impact of COVID-19 on [Cal State LA] students.”

Zetino said the university’s announcement was a “quick response” to an outpouring of student involvement.

She questioned the steps students would have to take if they do not gain credit from their classes at the end of this spring. Though the email encourages students to speak with an adviser, Zetino remained concerned over the possibility of students needing to retake classes come fall 2020.

“If a student was to get a ‘no credit,’ because of [a] situation, knowing they were already half way through the semester, would they have to then enroll and pay those units to take it again in the fall?” Zetino asked. “In the end, the only people benefiting from all this are the school.”

Marisa Martinez is a student at California State University, Los Angeles, Editor-in-Chief for the campus newspaper, University Times, and a reporter and writer for EdSource’s California Student Journalism Corps.