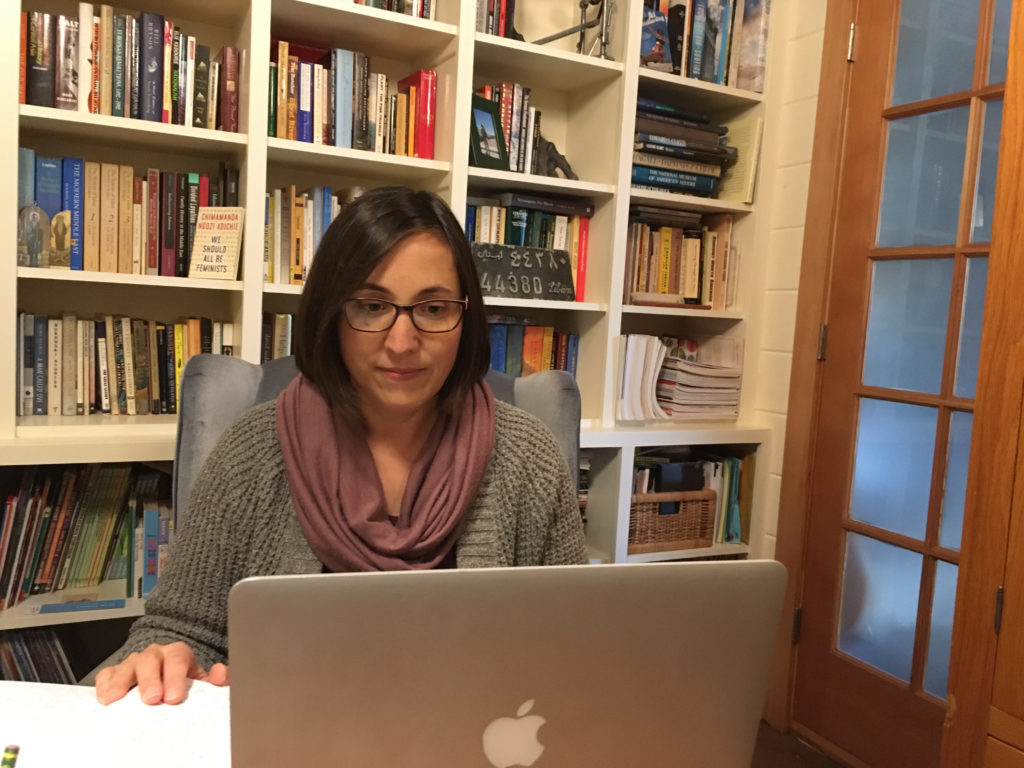 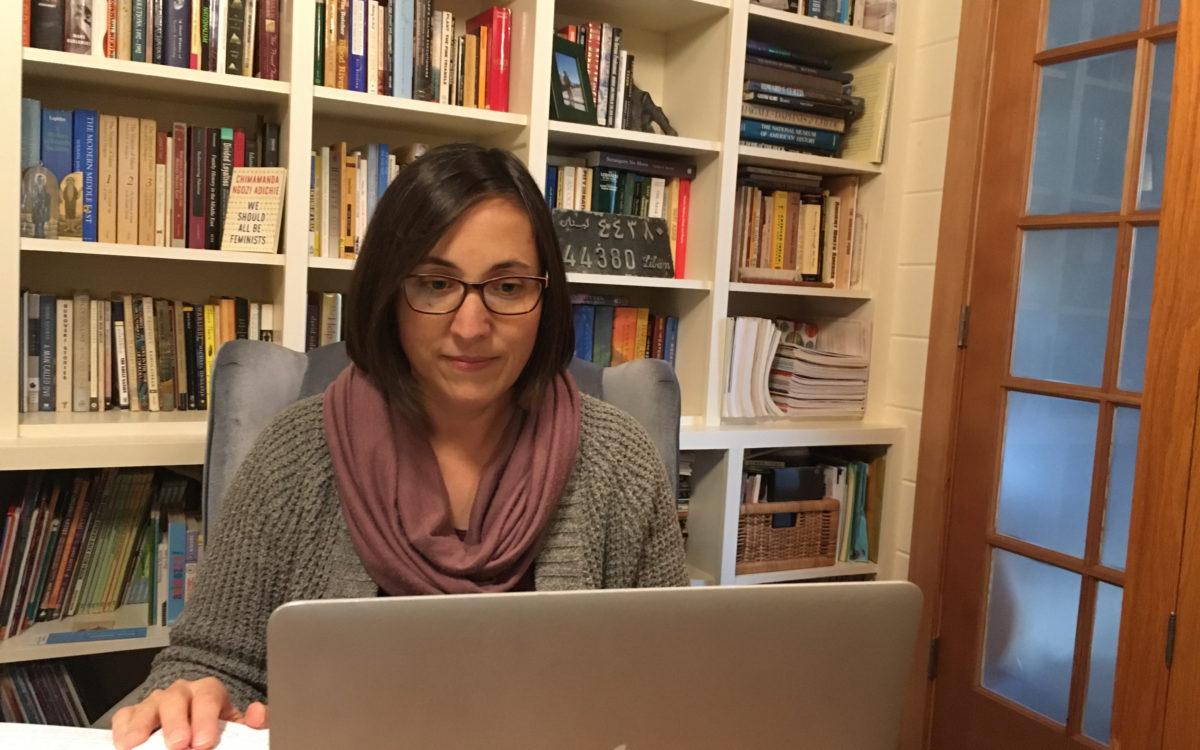 With student activism on the rise and so much at stake on Nov. 3, this year’s presidential election offers an opportunity of a lifetime for history and government teachers in high schools across California.

But many teachers appear to view the election as a red-hot stove, and are standing back or approaching it gingerly, with oven mitts. 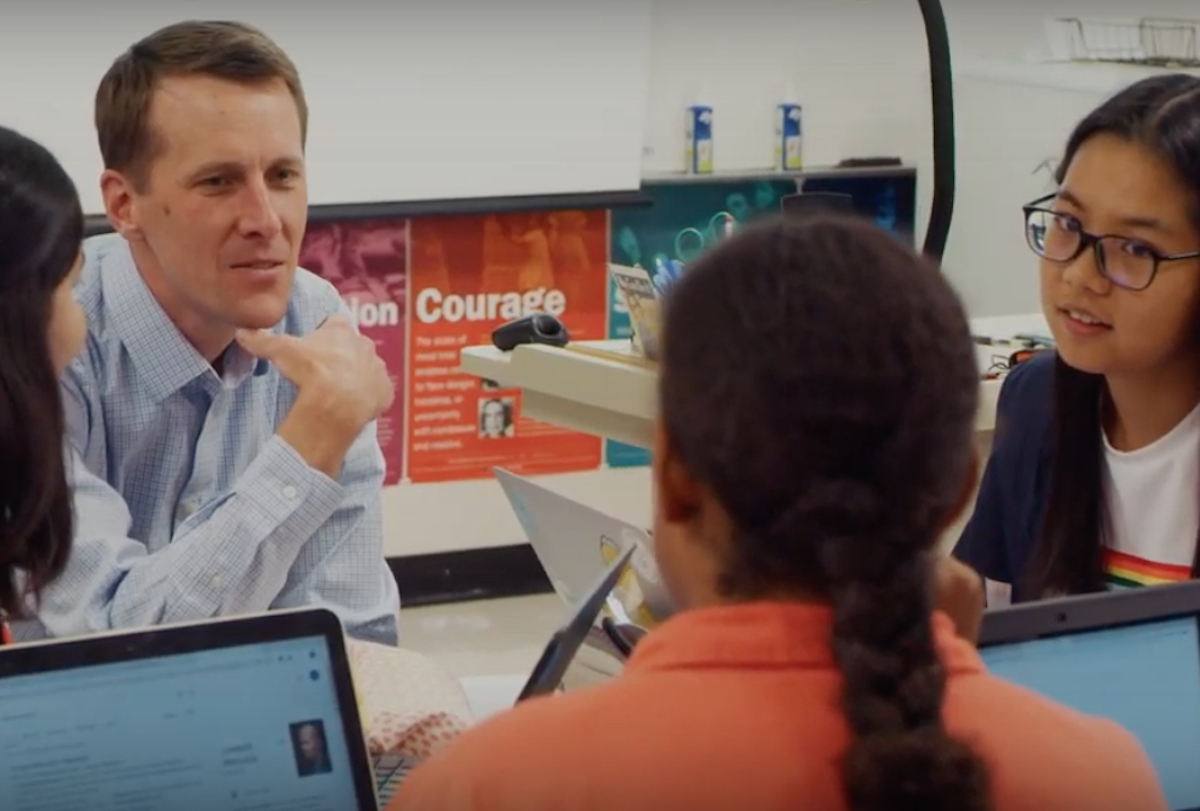 “I don’t see so much or hear a lot about teachers taking on the presidential election”, said Judy Pace, a professor of teacher education at the University of San Francisco who is writing a book on teaching controversial issues. “There are tons of resources out there, but there’s a disconnect between messages from teacher educators about the importance of the presidential election and what teachers feel equipped to do.”

Donald Trump has been a polarizing president, and so it is hardly surprising that the same political divisions that have roiled gatherings of friends and families have seeped down to high schools, putting some teachers on edge. The worry extends even to “progressive bubbles” like San Francisco, where nearly all voters are liberal, Pace said.

Teachers worry they may be accused of taking sides if they bring up the president’s threats to challenge mail-in ballots or if they compare Trump with presidents who didn’t ridicule their opponents or attack the press. Seniors in high school who matured during his presidency “have no other point of reference,” said Devin Hess, program coordinator for the UC Berkeley History-Social Science Project, who is co-leading “Discord and Crisis: the 2020 Election,” a three-part webinar for high school teachers on how to approach the presidential election.

Teachers are “handling layer of upon layer of challenges,” he said.

One of those is contending with students immersed in a “sea of disinformation,” much of it from social media, said Joel Breakstone, who directs the Stanford History Education Group. The group created Civic Online Reasoning, a curriculum whose tools guide students to judge the reliability of online news sources.

“We did not anticipate the quantity of material online deteriorating,” he said. “The problematic info on racial justice, voter suppression, the coronavirus imperils the health of our democracy.”

Specialists in history and civics education say they’re sympathetic with what teachers are up against. Many are feeling that they’re already jammed with work, and the election would be an overload, said Mark Gomez, history/social science curriculum specialist at the Salinas Union High School District.

Paul Taylor, who teaches U.S. History to juniors at Liberty High School in Brentwood, feels an unease in the faculty lounge, where politics is not discussed. “You simply now just talk about the weather and whether or not you’re rooting for the Dodgers. That’s basically it, because you don’t want to just turn anything into an argument,” he said.

Taylor, who grew up in Brentwood, has taught at Liberty High for 22 years. Once a Republican stronghold, it now’s the Mason-Dixon line of party politics and is trending Democratic. Taylor knows his neighbors and subtly feels the pressure to steer clear of controversial topics. The school administration has warned teachers to avoid discussing their own politics.

Every year Taylor does a unit on media literacy, using PBS clips, on how to spot fake or hyper-partisan news. He has a media bias diagram that points to Fox News and Breitbart. He expected to get blowback but hasn’t — “I think because of the way I presented it as objective and analytical,” he said. Still, he worries. One of his students hung a Trump flag behind him during a class on Zoom, and a student in a colleague’s class wanted to hang a white supremacist flag but “it got nipped in the bud.”

Taylor said he steers clear of issues he knows are important for students to discuss, like racial inequality, Trump’s position on immigration and Biden’s proposal for Medicare for all. “We’re all walking on eggshells,” he said. “I feel like a biology teacher teaching evolution.”

Limitations imposed by distance learning have added to teachers’ difficulties, handicapping those who have wanted to use the formats of debate and in-depth discussions they used pre-Covid and forcing some teachers to scale back their plans.

Some reasons are practical. In many districts, the instructional day is shorter; typical 90-minute periods are now an hour; after warmup exercises, that leaves 45 minutes. For U.S. History, especially AP sections, it’s already hard to keep pace to get to World War II on schedule. Current events can seem like a diversion.

And teachers universally agree: It’s been harder to engage students remotely, to know what they’re thinking behind their often blank screens and to build trust for students to be open and candid.

“This year has become a lot more challenging because we don’t have face-to-face discussions. Instead of Socratic seminars where students agree or disagree, we kind of talk more about the facts,” said Amber Dodd, who teaches AVID, a program that includes critical reasoning, note-taking and other skills needed for college, to 10th-graders in Salinas.

AVID is flexible enough to accommodate current events. Dodd spent two weeks covering the Census and a week on the Supreme Court after the death of Justice Ruth Bader Ginsburg, but she has not brought up the Black Lives Matter movement or issues that could lead to conflict.

Parents listening in out of sight?

Dodd strives to establish her classroom as “a safe zone where students can speak freely” without being judged or criticized by others. But that’s not possible with distance learning, where the classroom extends to students’ homes, where parents and others may be listening. All the teachers EdSource spoke with mentioned this concern.

“It’s definitely something I’m thinking about,” Dodd said. “I’m being a lot more cautious of how things are phrased, just so that it’s clear.”

Other teachers said they’re concerned a parent might take a comment out of context and complain to the principal or a school board member.

Jennie Lounibos, a 17-year teacher at Petaluma High, actually got a complaint from a parent of a junior in her U.S. History class who overhead Lounibos talk about Trump, and assumed she was criticizing him. The encounter turned out fine. Lounibos had mentioned that Trump favored “patriotic history” to counter the 1619 Project, published by the New York Times, which Trump considered critical of America. The daughter sent her an email saying that her mother wanted to know Lounibos’ sources. “I don’t want my mother to yell at you,” she said.

Lounibos said she wrote the woman back that Trump’s comments were everywhere in the news, but thanked her. All history teachers want their students to question sources, she wrote.

Lounibos grew up in Petaluma, where her uncle taught history for three decades before her. She advises Petaluma High’s Junior States of America, a debating club where every student gets a turn and is listened to by all. She’s not worried that unsupervised discussions in Zoom breakout rooms will get out of control — a common concern of administrators and some history teachers.

And she has followed her uncle’s advice: “Students are your captive audience, so never talk to them about your personal politics. They cannot pick up and leave.” That helped when a student put up a Trump poster on his wall. Your room is now my classroom, too, and I don’t put up posters of candidates I support, she said she told him. He moved it.

In this year’s California Student Mock Election, administered by the Secretary of State’s Office, 68% of students who chose to participate voted for Biden and 18% for Trump. In many urban high schools, like the Augustus F. Hawkins High Community Health Advocates School, a pilot school in Los Angeles Unified, Trump supporters are scarce among the predominately low-income Black and Latino students.

“There’s not a lot of disagreement,” said U.S. History and ethnic studies teacher Dan Thalkar. “The issue is sorting out what is real” from conspiracy theories on social media.

Students talk a lot about how what’s in the news affects their lives — issues like police brutality and immigration, he said. All students who are eligible have preregistered to vote or are helping others to preregister. Each student has chosen an issue on the ballot and developed an advocacy campaign.

His students, he said, are interested in the issues, but they think no one cares or will listen to them. They have a “sense of powerlessness: Everything is corrupt, so why bother getting involved?”

Erica Hodgin, co-director of the Civic Engagement Research Group at the UC Riverside Graduate School of Education, said that her focus groups also showed that students are interested in election issues, but teachers are saying they are focusing more on teaching the logistics of voting and less on candidates’ positions. Hodgin, who co-taught a 6-week course this summer on promoting informed and equitable voting that Dodd and Thalkar took, agrees logistics are “important but it’s not sufficient.”

Gomez, the curriculum adviser from Salinas, said engagement during distance learning, “is one of the biggest challenges, so when students are telling us they want to talk about the election in class, seize the opportunity.”

One such moment is now, to prepare students for what would be an unsettling and uncertain period following an unresolved election — the subject of Hess’ last webinar.

In a chat after the program, Meaghan Sussman, a U.S. History and government/economics teacher at Pioneer High in Woodland, shared advice for teachers, who, like her, want to broach the subject: “Be brave, be honest, be civil.”