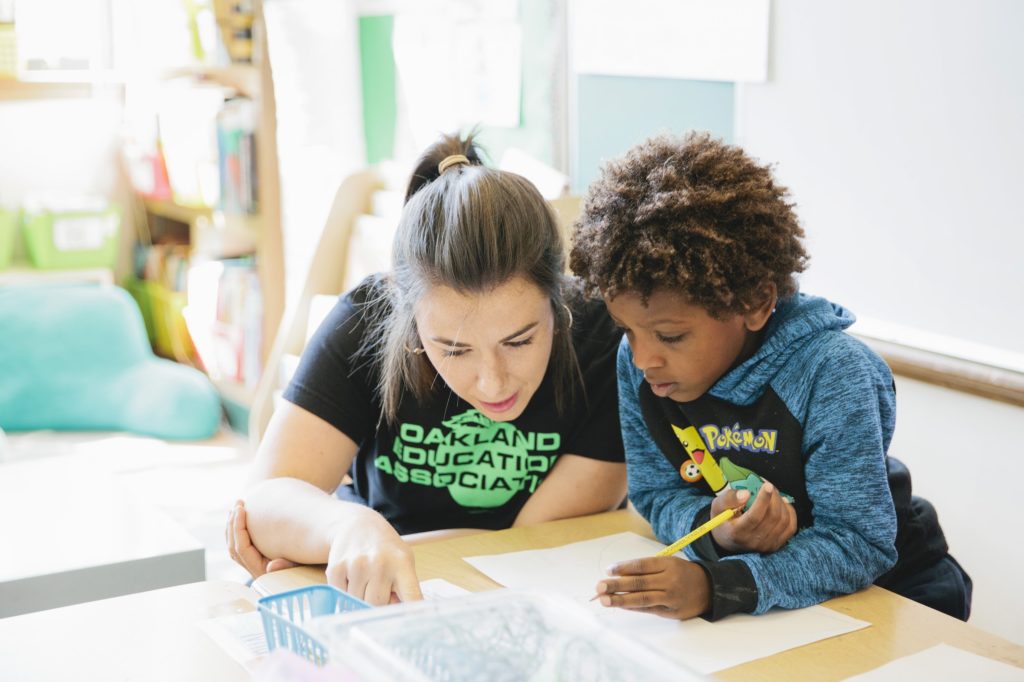 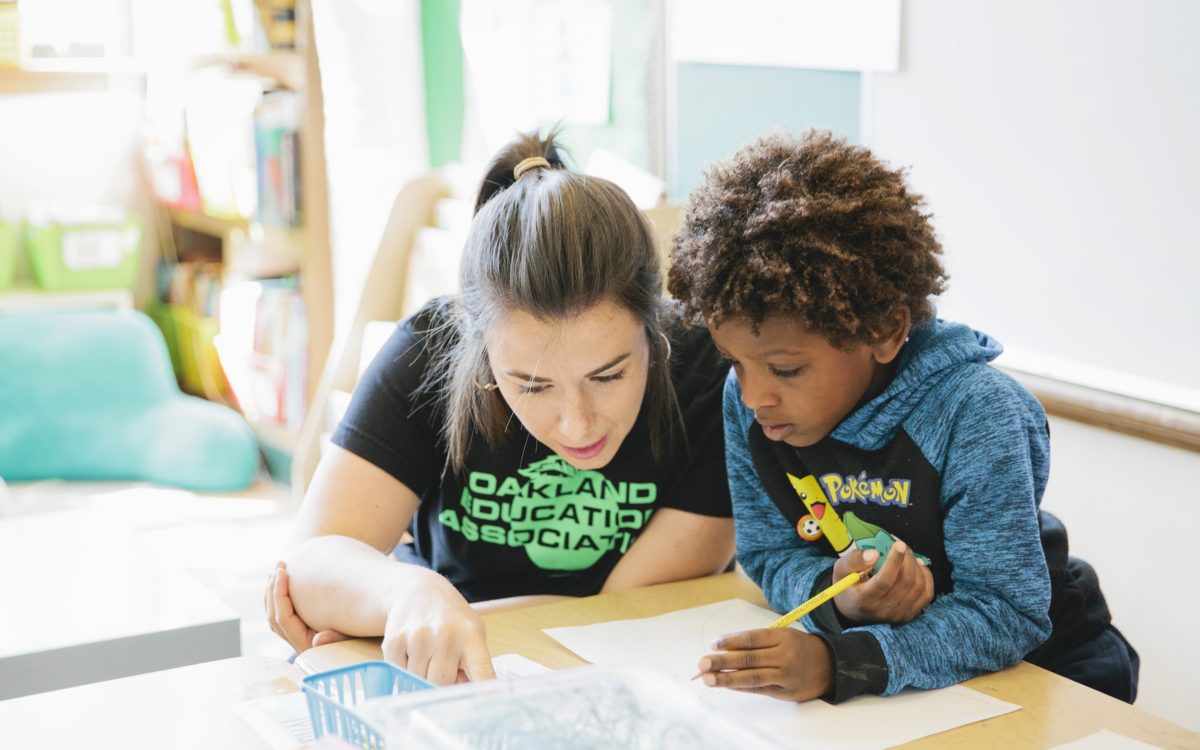 Gov. Gavin Newsom said Friday he would not compromise with the Legislature on focusing more than $4 billion in federal coronavirus aid to address the learning loss that low-income students have experienced disproportionately during school closures caused by the pandemic.

Newsom’s method of distributing the bulk of the money exclusively to districts with large concentrations of “high-needs students” — English learners, low-income, foster and homeless students — has become a point of contention. Senate and Assembly leaders jointly proposed spreading the money widely among more districts in their alternate version of the state budget that they released Wednesday. 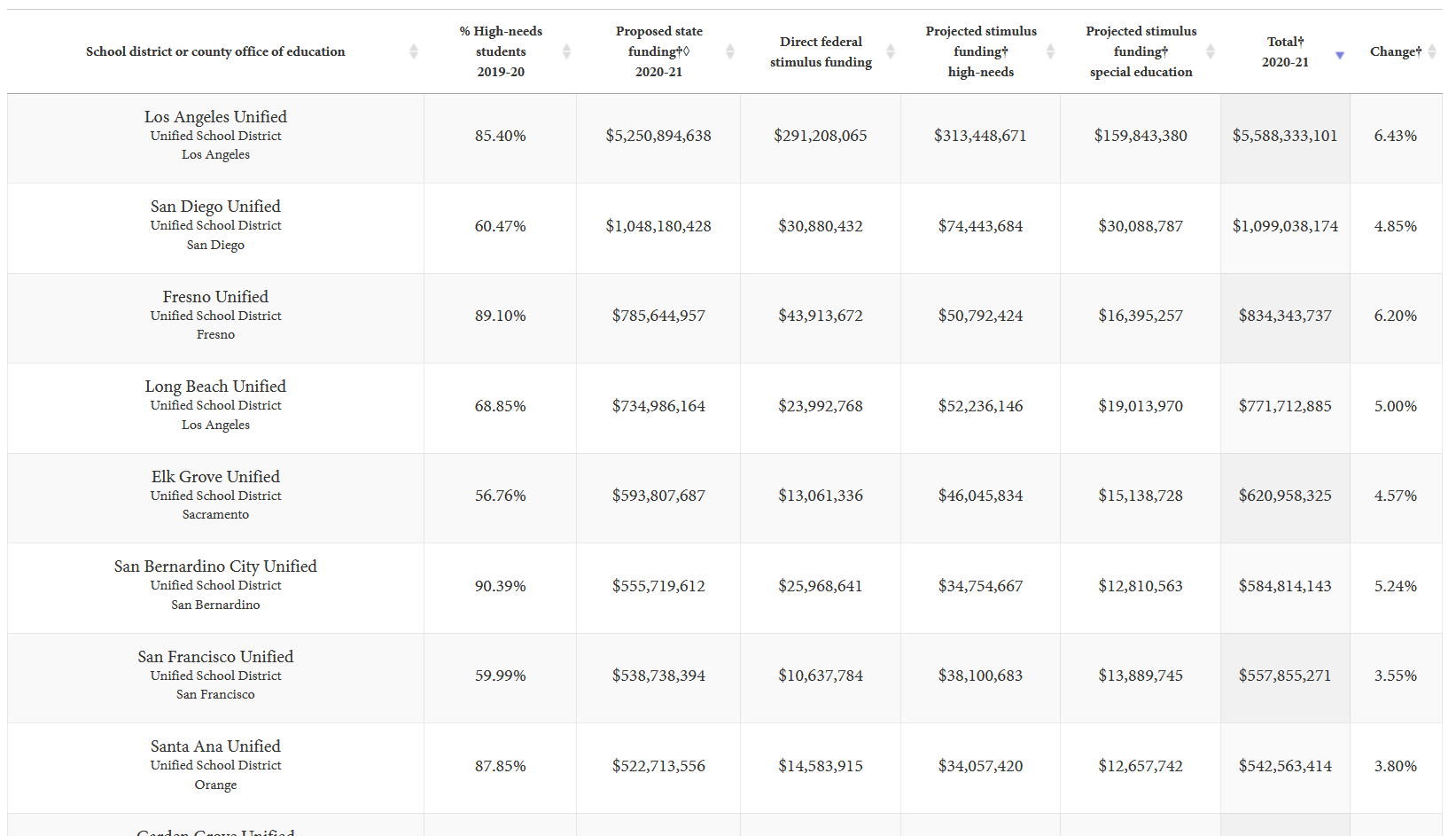 DATABASE: Federal aid helps some California schools more than others under governor’s plan

But in rejecting the Legislature’s proposal, Newsom cited new research by McKinsey & Company projecting that black students would return to school this fall even farther behind than they had been compared with other student groups.

“We are committed to the cause of equity. And that’s the reason we put that $4.4 billion in the budget to focus on equity,” he said during Friday’s press conference on how his administration will respond to longstanding disparities in health, child care, incarceration and education between black students and other student groups.

“You can’t just spread that money out equally. We need to concentrate its focus,” he said. “And I just want to make that clear as responsibly and respectfully as I can to the Legislature: I won’t budge on that budget proposal.”

Newsom plans to direct the one-time federal money under the Coronavirus Aid, Relief and Economic Security (CARES) Act that Congress passed in March to remediate learning loss. Of that, $1.5 billion would go to schools based on their enrollment of students receiving special education services.

Legislators and groups representing school districts don’t oppose the governor’s plan. They disagree with how the $2.9 billion would be distributed — only to those districts where at least 55% of students are high-needs. Those districts receive extra “concentration” funding under the state’s Local Control Funding Formula.

Legislators object to establishing a funding cliff with distinct “winners and losers,” including districts where low-income students make up a majority but not quite 55%.

“Leaving out huge numbers of poor kids is misguided,” said Kevin Gordon, a Sacramento-based school consultant. “They are the same brown and black kids the governor is concerned about.”

The joint legislative agreement calls for dividing the $2.9 billion based on the Local Control Funding Formula. It sets a base rate per student for all districts, plus additional “supplemental” funding for each high-needs student and bonus funding for the “concentration” districts.

Since base funding consumes about 80% of the total money under the formula, the Legislature’s per-student funding would not be as heavily weighted toward high-needs students.

The Equity Coalition, consisting of civil rights organizations and groups advocating for low-income children, has proposed a compromise that neither the Legislature nor Newsom has embraced. It would distribute money based on supplemental and concentration funding alone and not factor in base funding. This approach would fund high-needs students while dropping the 55% threshold.

“It’s notable that Newsom signaled quite strongly that he is putting a stake in the ground for equitable distribution of the $2.9 billion,” said John Affeldt, managing attorney for Public Advocates, a public interest law firm and a member of the Equity Coalition.

Under the conditions that Congress set with the CARES Act, school districts would have to spend all of the $4.4 billion by Dec. 31. They would be able to spend the money on an early start to the school year, instructional supports, extending the school year, providing intensive academic help, mental health services and counseling and teacher training for distance learning.

Because school closures probably will set back most students to some degree, Newsom didn’t limit districts’ spending to high-needs students; instead he’d fund only districts where they are heavily enrolled.

At the press conference, Newsom noted that only 10% of black eighth-graders met or exceeded standards on the state’s most recent standardized test in math, the Smarter Balanced assessment.

The McKinsey study predicted that school shutdowns from the pandemic could compound achievement disparities and lead more black and Hispanic students to drop out.

“This could have long-term effects on these children’s long-term economic well-being and on the U.S. economy as a whole,” it states.

Learning loss will probably be greatest among low-income, black and Hispanic students, who would be far less likely to have access to adequate or above-average distance learning instruction, the study said.