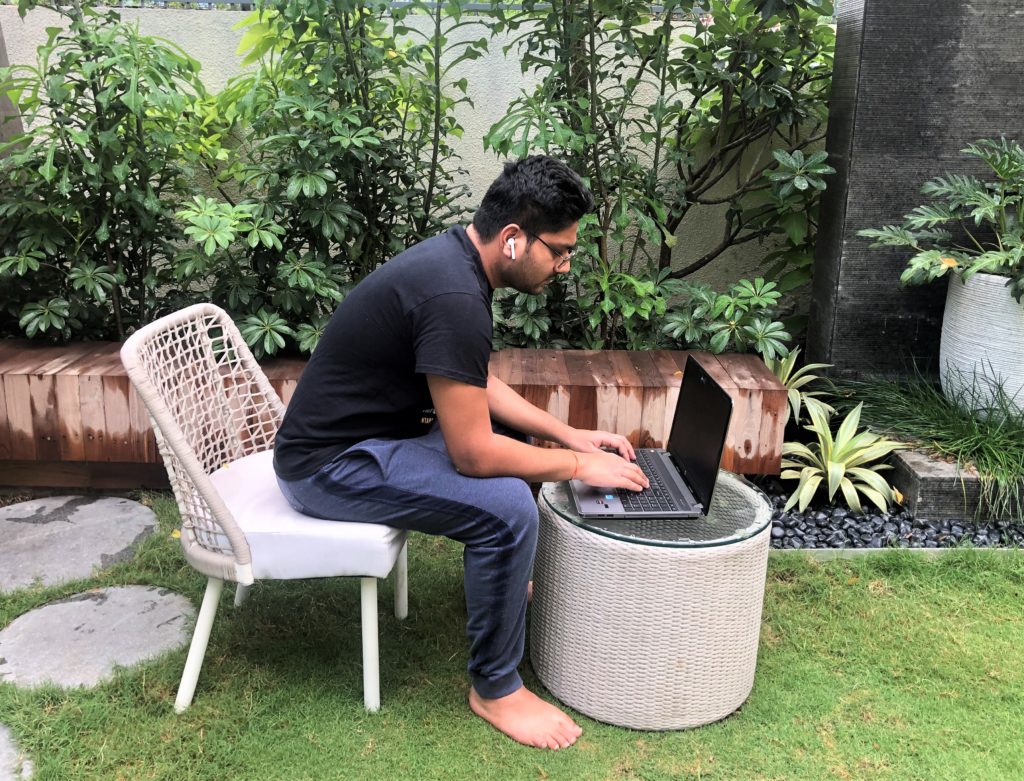 Problems with visas, money and travel may block them. Health fears are strong too. 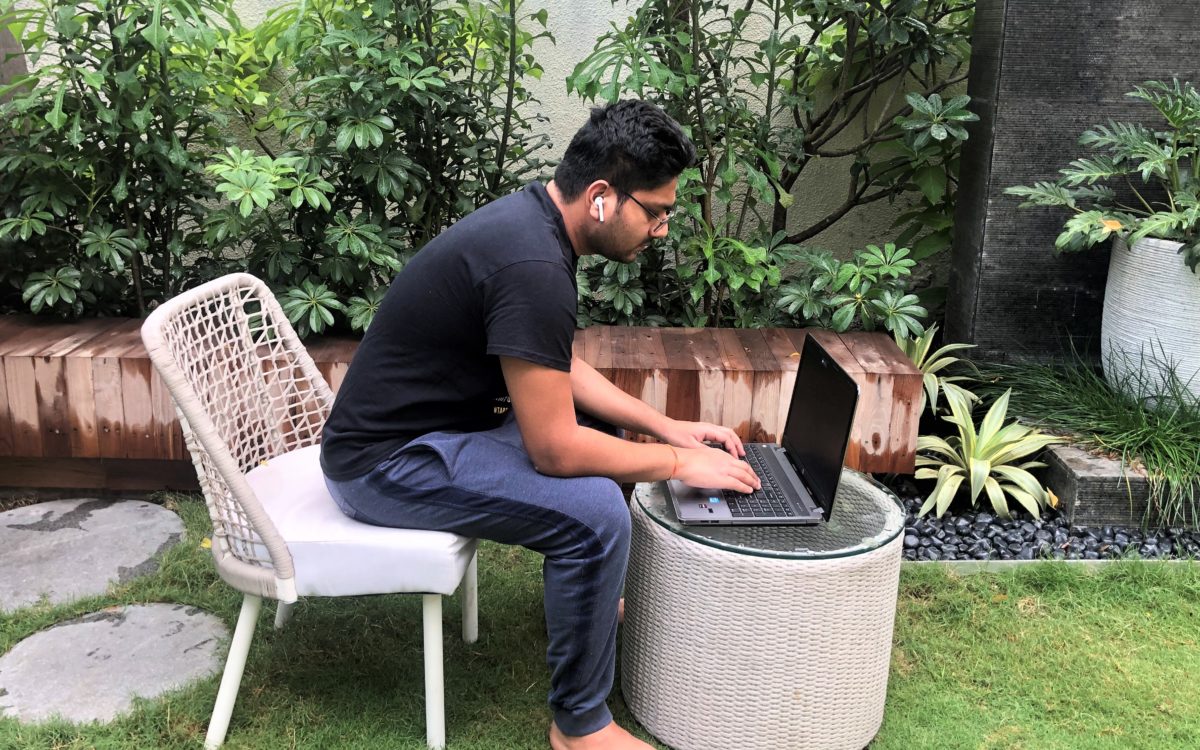 UC Riverside student Yash Singhania returned to his family home in India and is taking online classes from there.

UC Riverside student Yash Singhania returned to his family home in India and is taking online classes from there.

Stay in the United States or go home?

That was the painful dilemma facing the estimated 160,000 international students on California college and university campuses during the recent coronavirus lockdowns and shift to online education. Their decisions may have serious consequences for their own academic careers and for the financial health of the universities they attend.

Some, like Yash Singhania, a third-year business finance student at UC Riverside, decided in March to return to his family home in Raipur, India rather than remain in his off-campus apartment. Now, he is happy to be safely taking his UC classes online. But he worries that travel restrictions will keep him in India through December, possibly delaying his plans to graduate.

“All this is very disheartening if I’m stuck,” he told EdSource during a Zoom interview.

In contrast, Gulnar Ilyasova, a student from Turkmenistan, the former Soviet republic in Central Asia, arrived midyear to start her master’s in political science at Cal State Chico and stayed put. She feels lucky to have entered the United States before travel bans in both countries but is worried about finances, after losing her job in the university dining hall.

She feels a tug that many international students are experiencing.

“I obviously want to go see my family and be with them in this crisis,” she said. “But I don’t want to not be able to return and complete my studies.”

About one million international students are enrolled at American colleges and at some campuses they comprise upwards of 20% or more of the student body. They bring cultural and ethnic diversity along with coveted tuition dollars. At private colleges, many pay full sticker-priced tuition without state or federal aid.

At the nine undergraduate campuses of the University of California, international students pay $42,324 a year, more than triple what in-state residents are charged for tuition.

With the pandemic, both public and private colleges are worried that some international students, whether abroad now or on campus, may be unable to continue their studies because of financial, visa, travel or other issues. They may take a semester break until in-person courses resume or drop out altogether.

Worried about health risks in the U.S., parents may forbid new students from starting at American schools. And if those enrollments drop significantly, the revenue loss would be another blow to the already-fragile budgets of universities battered by the health emergency.

Many American universities may lose up to 25% of their international enrollment, according to Brad Farnsworth, vice president for global engagement at the American Council on Education, which represents 1,700 higher education institutions.

“There is a great deal of concern” about that expected decline, he said. “For some institutions, the loss of tuition income would be very substantial.” And it is unlikely the schools can replace lost international students with enough Americans to avoid program cuts and staff reductions, Farnsworth added.

For the upcoming school year, UC San Diego, for example, anticipates a drop in international enrollment, according to Dulce Dorado, director of the international students and programs office.

“Like many campuses around the country, there is no way we would maintain the same level of enrollment given all the different factors, whether health concerns or travel restrictions,” she said.

UC San Diego enrolls about 8,100 international students, 21% of its student body. They are 14.4% across all ten UC campuses; just 3% across all 23 California State University campuses but as high as 10% at San Jose State.

While officials say they have no solid numbers on how many left the country in recent months, it appears that many stayed, fearful it would be impossible to return because of U.S. travel restrictions and limited flights even if their student visas remained valid for a long time. Some students worried that they could be infected during long airplane flights.

A survey in April of international students at UC Berkeley found that 61% remained in the area, while 27% had left for their home country, 10% for other parts of the United States and 2% were in another country. About 3% said they already had decided either to take a semester off in the fall or not to return to Berkeley at all.

To counter any losses, many colleges are planning to allow new and continuing international students to take courses online in the fall even if the campus returns to mainly regular instruction. At UC San Diego, many online courses will not require live attendance so that international students are not forced to take classes in the middle of the night, given global time differences.

“If they physically can’t be here, we want them to continue and make academic progress,” Dorado said.

For international students still in California and facing financial problems, UC San Diego and other campuses are providing emergency funds from donations and other sources since they do not qualify for state or federal aid. Plus, online counseling and chat groups are available to help emotionally.

“They are far from home. They are isolated and don’t have their normal support networks,” Dorado said.

In response to the Great Recession in 2008, many UC campuses sharply expanded the ranks of international students, gaining income but also garnering criticism that those students were taking spaces from Californians. UC later placed some caps on the numbers. Many other public and private schools nationwide recruited successfully too, with the biggest growth from China, India and South Korea.

However, the numbers of newly enrolled international students across the nation started to decline somewhat in 2016-17. That change was attributed in part to restrictions the Trump administration placed on some visas and perceptions overseas that the U.S. was becoming less friendly to foreigners and more expensive.

In fall 2019, about one million international students were enrolled at American campuses, according to the Institute of International Education, the organization that tracks and administers many exchange programs. (That survey includes students who stay on for a year or two after graduation for jobs or internships under special training visas.) California colleges had 161,693 international students in 2018-19, a drop of 250 from the previous year, but still the most in the nation by far, with New York next, the institute reported.

Some of UC Riverside’s 2,050 international students have gone home, taking online classes that may require them to stay up very late or rise very early if instruction is not fully recorded. Still, Magid Shirzadegan, director of international student and scholars, said he “doesn’t expect much of a drop” in the enrollment of current students even if some continue online in fall and don’t come back to campus until the winter. He is more worried about a decline in new international students.

“If our number of international students drops, it is going to have a very direct effect on our budget,” he said. “We are hoping it’s not going to drop.”

Uncertainty is often mentioned by university administrators and by international students such as Kaito Shibata, a social science major at Chico State. He flew home to Yokohama, Japan in late March because his parents worried about virus infection rates in the United States, and he figured “it would be safer in Japan.”

After a home quarantine for two weeks, he is taking five courses online, none of them live. And while he is keeping up his school work, Shibata said it is “hard for me for to keep motivated” far from campus and that he may delay his pre-pandemic plan to graduate in December.

In an online chat with EdSource, Shibata said he might skip fall semester and return to Chico in January. “We want to go but don’t know when we can go back,” he said.

At Chico State, slightly more than half of its 300 international students stayed around campus and the rest went back to their homelands. Administrators say they are trying to help 40 or so who could not fly home and now face financial woes, unable to even get funds from families.

The campus food pantry provides groceries and officials are trying to land grants for those students from local and national sources, according to Sara A. Trechter, interim associate vice president for international education and global engagement.

“It’s a little difficult now for them. Some people are scared,” she said. But none has indicated that they will drop out.

Radhika Marwaha, a UC Davis third-year student, considered flying to her Dubai home until all routes were canceled. The global disease biology major stayed in her off-campus apartment, taking online classes, including some that discuss public health aspects of Covid-19. Luckily, her campus job continues with a program that helps international students.

Now, she is steeling herself for the likelihood of remaining in Davis through December with online classes.

“My parents are really concerned. They’d much rather have me at home during the pandemic, but they understand that there is not much we can do and that, even if we could travel, traveling is not very safe,” she said.

John A. Perez, the UC regents chairman and former state Assembly Speaker, said he thinks there is “a high likelihood that there’s a decline of international students because of issues that are outside of university’s control and mainly outside of the students’ control.” UC could try to replace them with students from other U.S. states, who pay the same high tuition. But beyond finances, UC would have trouble “creating a dynamic environment that benefits from having people with different global views,” he said.

In India, UC Riverside student Singhania said he thinks some international students will avoid U.S. campuses altogether for coming years. But not him: “I love the U.S. and I miss the college life as well. I will take the risk if classes are in person but I think a lot of people won’t.”