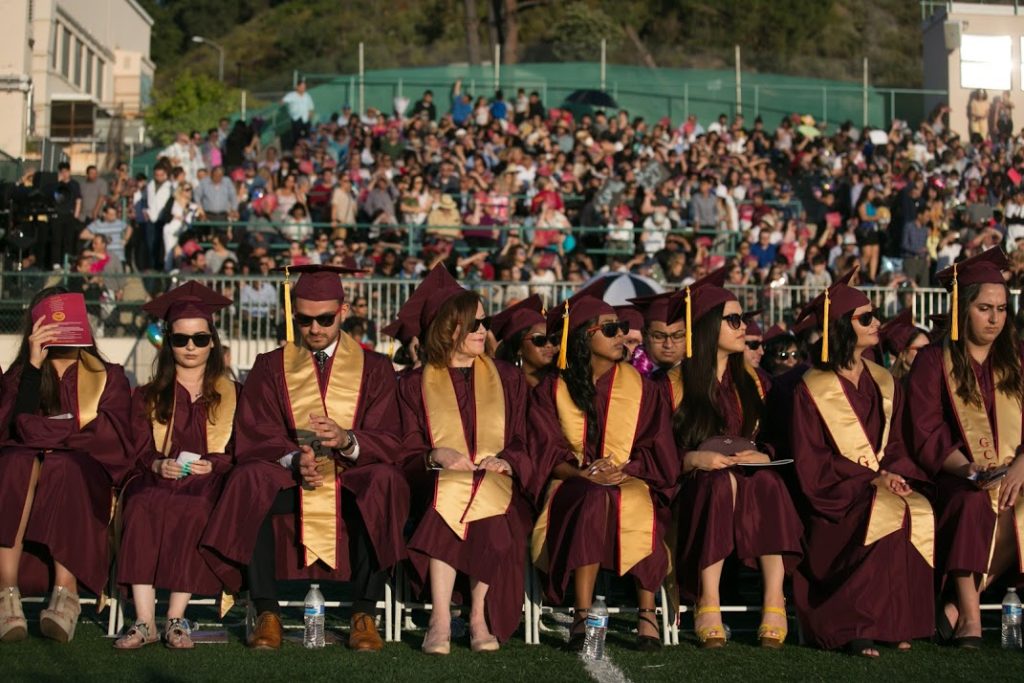 In-person instruction at most community colleges will likely be suspended for the foreseeable future.

Community colleges across California should prepare for significant disruptions through the end of the academic year and possibly into next academic year because of the spread of the coronavirus, the system’s chancellor said Monday.

Chancellor Eloy Ortiz Oakley was also given broad emergency powers Monday by the system’s Board of Governors to ensure that students at the state’s 114 community colleges can continue their education as the virus spreads.

Most colleges in the system have already made plans to move classes online for at least the next several weeks, but Oakley said during Monday’s Board of Governors meeting that those timelines will likely need to be extended until June “at the very least.” Commencement ceremonies will also likely need to be delayed, canceled or postponed, as will large events, meetings and conferences, he added.

Oakley also said colleges “should plan for a second peak” of the virus “sometime around August or September.”

“That’s why we’re telling our colleges to really think through not just this academic year, but next academic year as well and how that might impact instruction,” Oakley said.

President Donald Trump on Monday issued new national guidelines, saying that gatherings of more than 10 people should be avoided. In California, six San Francisco Bay Area counties were ordered Monday to shelter in place, with only essential businesses remaining open.

The spread of the virus has already drastically changed education in California, leading to widespread closures of K-12 schools while also compelling universities and community colleges to move classes online.

California’s community colleges have offered courses online for many years. In a webinar last week with presidents of individual colleges, Oakley encouraged them to expand their online offerings in response to the coronavirus.

On Monday, Oakley said colleges should do “everything they can” to move as many courses as possible online, and in some cases all of their courses. He said those courses should be moved to Canvas, an online learning management system.

“Even in the case where a course isn’t an online learning course, having every course in Canvas will allow us to more easily and more flexibly communicate with students. And in the case that we may need to be in the same situation in the fall, we will have a much better start on providing them the support they will need when the semester begins,” Oakley said.

For the next 180 days, Oakley will also have special emergency authority to ensure colleges are continuing to provide education to their students, particularly by moving courses online.

Under the resolution the board unanimously approved Monday, Oakley can take “all appropriate actions” to continue education, including suspending regulations previously adopted by the board as well as local districts’ regulations if they “are a barrier to the continuity of educational services,” the resolution states.

Board of Governors President Tom Epstein said in a statement that Oakley “needs clear authority to remove regulatory barriers that may impede the ability of colleges to fulfill their educational mission while keeping students and staff safe.”

However, the resolution was criticized by Eric Kaljumagi, president of the Community College Association, the higher education branch of the California Teachers Association.

Kaljumagi said that while giving such authority to Oakley “makes sense in a highly fluid situation,” the resolution was too broad and that it was unnecessary to give Oakley those powers for “more than a few weeks.”

“It is not good governance to give unlimited power for a significant period of time,” Kaljumagi said.

Oakley pledged that he would get approval from Epstein before taking any specific actions and said he would confer with faculty leadership before making any decisions related to academic matters.

“We will conduct ourselves with full faith to the mission of the California Community Colleges and only act when necessary,” Oakley said.

Leave a Reply to Karen