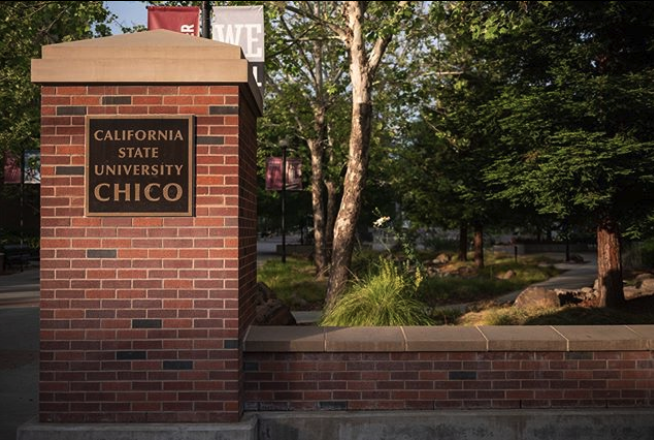 Chico State University stands as a warning to college campuses across California that offer some classes in-person and open dorms to even a few students: despite all of their plans and significantly cutting back the number of people on campus, the coronavirus pandemic can still force universities to shut down and send students off campus.

The university re-opened its doors on Aug. 24 for the fall semester to about 750 students in its dorms and those attending in-person essential classes like nursing. The university, a 90-minute drive north of Sacramento with an enrollment of approximately 17,000 students, houses 2,200 people during a normal year.

But on Sunday, President Gayle Hutchinson announced just a week into the semester that the effort to house students and welcome even a few of them on campus had failed, at least for now. “We gave it our best shot,” Hutchinson said, making Chico State the first public university in California to close its dorms this fall after students had moved in.

On Wednesday, just three days after Chico State’s announcement, San Diego State University became the second campus in California to announce it too would cancel in-person classes, at least for four weeks. Starting Sept. 3, all in-person classes will resume virtually and be reassessed for restarting face-to-face by Oct. 5.

“The intent of these changes is to ensure we can better reduce and contain the spread of Covid-19 so that we can return those limited in-person classes to normal operation,” according to the university.

The decision to shut down Chico State campus dorms and the few remaining in-person classes is a sober warning to university officials across the state about the limited control they have over their students’ off-campus activities.

CSU campuses have been virtually online with only limited in-person classes for courses that require hands-on learning. That follows the announcement in May by Chancellor Tim White that CSU’s 23 campuses would go largely virtual for the fall making the system the first in nation to go virtual because of the coronavirus’s spread.

In San Diego, the university and the San Diego health department confirmed 64 Covid-19 cases among students since the start of classes on Aug. 24. The majority of those cases include the off-campus community.

“We are aware of 15 cases out of our total 7,997 on-campus population since the start of the fall semester,” according to the university, which defines the on-campus population as students registered for at least one in-person class or who live on campus. The campus is housing about 2,600 students this year, which is down from about 7,500 in a normal year.

The university is working with the county health department to investigate cases among students living in an off-campus apartment building.

Unlike Chico State, San Diego State is not closing its dorms.

“Our students are welcome to stay, and we encourage that students currently in residence remain in campus housing to help avoid community spread,” according to the university, which has more than 130 spaces available to safely isolate any students who have tested positive.

“I completely understand why the university had to switch to fully online this fall,” said Chloe Curtis, a journalism and political science senior at Chico State. “Driving home at night from work I’ve seen plenty of parties downtown and freshmen leaving dorms without masks in large groups.”

Curtis, who is also the editor of the student newspaper, The Orion, and has reported on the shutdown, said too many young adults in the 18 to 24 group work in “at-risk environments” like retail and food service, she said. “You can attribute this spike to a few things like socializing, working, moving from populated areas,” of the state that also had widespread Covid-19 infections.  Curtis wrote about the dorm shutdowns for The Orion.

Despite Chico State’s best efforts to limit the coronavirus’s spread on campus, it was the spread off-campus that ultimately forced the university’s hand.

Between Aug. 24 — the first day of classes at the university — and Aug 31, there were 557 confirmed Covid-19 cases among people aged 18 to 24 in Butte County, according to the public health department. Of those cases, 464 are from people living in the Chico area. They now account for 78% of all coronavirus cases in Chico.

Although the public health department can’t confirm that all of these cases are college students, the increase closely coincides with the start of classes. That coincidence has forced public health officials to urge young adults to limit their contact with other people.

“People who continue going to parties and mixing with others who do not live in their immediate household, place their friends, roommates, significant others, co-workers and family at risk of getting Covid-19,” said Robert Bernstein, Butte County’s public health officer.

At Chico State, and in the days leading up to Hutchinson’s decision, campus officials attempted to contain the virus when students, faculty or staff appeared to have contracted it. They say they followed CDC recommendations and guidance from the CSU chancellor’s office and Gov. Gavin Newsom’s office. Students were required to sign an agreement to follow health safety guidelines. Those students living on-campus, who were infected, were moved to studio apartments that were designated as “isolation spaces.”