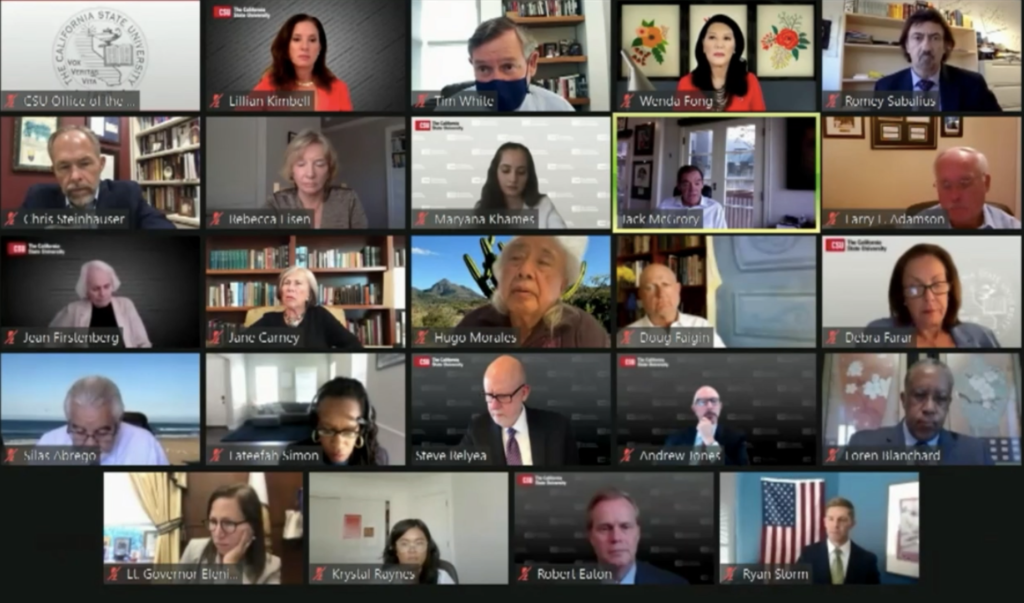 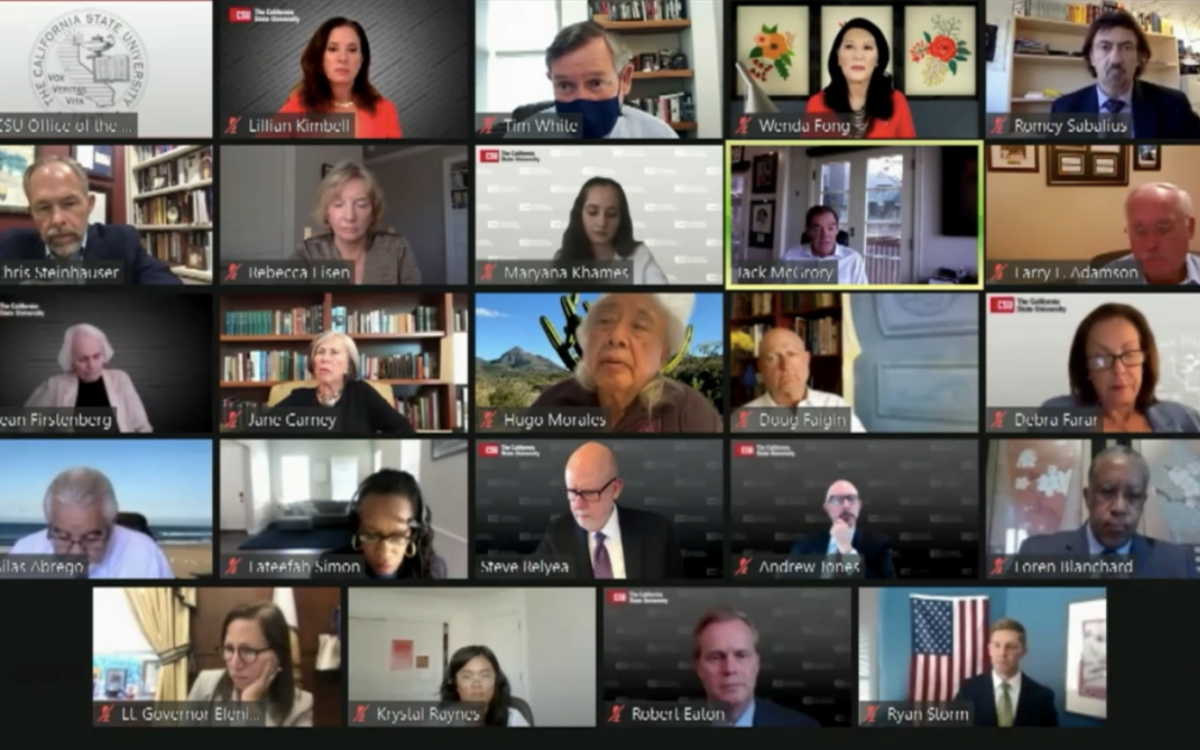 The CSU Board of Trustees met Tuesday over Zoom to endorse the ballot initiative that would repeal affirmative action ban.

The CSU Board of Trustees met Tuesday over Zoom to endorse the ballot initiative that would repeal affirmative action ban.

California State University trustees voted Wednesday to join their counterparts in the University of California and California Community College systems in supporting the repeal of the state’s 24-year-old ban on considering race, gender and ethnicity in admissions and hiring decisions.

Voters will decide on the Nov. 3 ballot whether to support the repeal effort, known as Proposition 16. The trustees endorsed the repeal.

“I enthusiastically support the board taking this action,” Chancellor Tim White said. “We talk about our achievement gaps and equity gaps, but those are misnomers. Those are a result of a fundamental opportunity gap that precedes achievement.”

White said these opportunity gaps between white people and people of color and between men and women have only further polarized people in society, and the board should do what it can to overcome them.

Prop. 16 would repeal Proposition 209, which was passed in 1996 with 55% of the vote and prohibits preferential treatment based on race, sex, color, ethnicity or national origin in public employment, public education and contracting. California is just one of eight states that do not allow race or gender to be considered in hiring or accepting students into the state’s public colleges or universities.

“This proposition is not polling particularly well and part of the problem is a false narrative about what it means,” Board Chair Lillian Kimbell said referring to a recent poll. “This does not mean quotas. It doesn’t mean more qualified students will be penalized, and that’s something the public isn’t aware of.”

Despite the support from the state’s three public college systems, a survey by the Public Policy Institute of California found voters don’t support the repeal effort. The survey of 1,168 likely California voters found 31% said they would vote for Prop. 16, while 47% said they oppose the measure and 22% were undecided.

By lifting the affirmative action ban, the 23 CSU campuses would, for example, be able to “rethink” the way they offer retention and scholarship programs and put in place programs that increase the number of partnerships or contracts with women- and minority-owned businesses, said Loren Blanchard, executive vice-chancellor for academic and student affairs.

State and federal laws that prevent discrimination would still be in place, he said.

Lt. Gov. Eleni Kounalakis, an ex officio member of the board of trustees, said the CSU and UC systems have tried to increase diversity since the affirmative action ban, Proposition 209, was approved by voters in 1996, by focusing on income or parents’ educational background, but that hasn’t been enough.

“Our public education systems have worked around the existence of the law put in place by (Prop.) 209 to find students who are part of underrepresented groups and get them into higher education systems,” she said. “If we can see this proposition passed and remove this roadblock, it will give us back the tools to continue to fight for more inclusivity in education and hiring.”