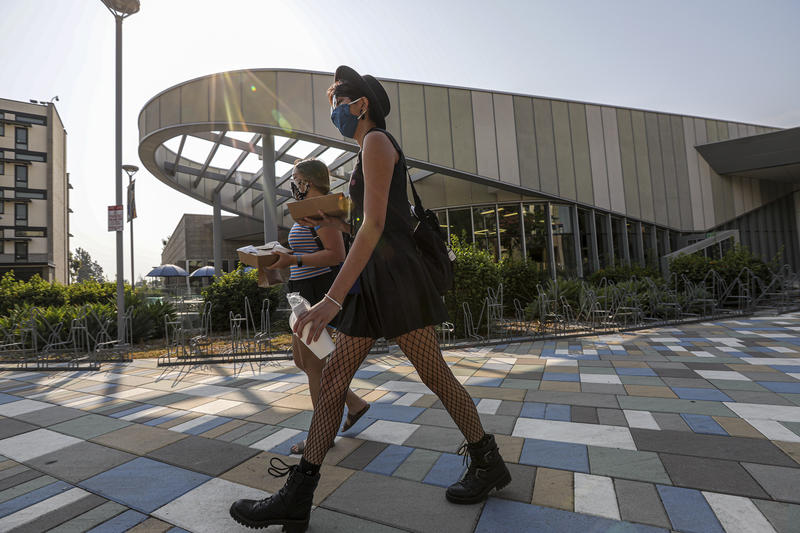 Most California State University classes will continue to be held online for the spring term that begins in January 2021, with fewer students living on campus than normal, Chancellor Timothy P. White said Thursday, in a letter to the 23-campus community.

“We know far more about (the virus) now than we did back in May,” White said. “The virus continues to spread. There is no vaccine, and there likely will not be one widely available any time soon.”

In May, CSU became the first university system in the country to announce that most classes would be held online to limit the coronavirus spread. In July, White told a U.S. House of Representatives subcommittee that he anticipated CSU classes remaining virtual for the entire 2020-21 academic year. His announcement on Thursday makes him the first university leader in California to limit nearly all courses to online for the spring term. Nationally, he’s among the university leaders to make such an early decision which affects the nation’s largest public university system of about 500,000 students and staff.

“This decision is the only responsible one available to us at this time,” White said. “And it is the only one that supports our twin North Stars of safeguarding the health, safety and well-being of our faculty, staff, students and communities, as well as enabling degree progression for the largest number of students.”

A spokesperson for the 10-campus University of California system said it does not have an update for 2021.

As for the 116 California community colleges, Chancellor Eloy Ortiz Oakley has said they need to plan to continue to deliver most instruction in the online setting for the spring, said Paul Feist, the college’s spokesperson.

White said he made the decision now, within just a couple of weeks of campuses starting the fall term, because many of the universities would soon finalize their academic plans for the start of the January 2021 term. Another reason is that CSU’s accrediting body, the Accrediting Commission for Schools, Western Association of Schools and Colleges, or more commonly known as ACS WASC, requires each campus to get approval for courses offered in a virtual space. That approval was waived by the U.S. Department of Education for this fall, but it expires at the end of December and won’t be renewed. In order to meet the requirement, White said campuses needed to commit to their January academic schedules by October 2020, at the latest.

White also pointed to the anticipated increase in coronavirus cases this winter coupled with the flu, as reasons why students and staff shouldn’t expect a return to normalcy this year.

“A larger wave continues to be forecast for the period between October and December coupled with seasonal influenza,” he said. “This will undoubtedly be a daunting challenge for us. I cannot stress strongly enough that each of us should get a flu shot soon, certainly before the end of October. A subsequent wave of Covid-19 cases in or about March 2021 is also still projected.”

A trained scientist, although not an expert in infectious diseases, White has shown himself to be willing to lead his university colleagues in making tough decisions as the pandemic rages. In an EdSource interview in May, White said, “As someone who is a life scientist but not an epidemiologist, I’m of the opinion that it won’t be ready for 12 to 24 months. So with those realities out there, it seems reckless not to be planning to be able to continue the enterprise and students progress to degree through the virtual approaches in every way, shape and form that we can.”

Days into the fall semester, some CSU campuses showed the struggle they face to allow students to live on campus and to offer even a limited number of courses that require hands-on training. In the past week, two CSU campuses — San Diego State and Chico State — abruptly closed in-person classes after infection spikes, mostly from students off-campus. Chico State closed its dorms to the small number of students it had allowed on campus, although more vulnerable students, such as those who would be homeless, were allowed to stay. San Diego State paused its few in-person classes but allowed students to remain in campus housing for fear that sending them away would lead to homelessness or further spread the virus in the community.

San Diego State’s decision stemmed from testing by the county health department that confirmed 396 cases of Covid-19 on Sept. 6, three-fourths of the students living off-campus. In announcing his decision, White noted that testing for the virus across the CSU system hasn’t been uniform and remains a challenge for many of the universities.

“Testing infrastructure is still a work in progress in California and at the CSU,” White said. “Testing remains very expensive to conduct repeatedly and meaningfully with rapid results, both of which are necessary to mitigate the spread of Covid-19.”

Besides the coronavirus pandemic, California has “entered what has thus far been a horrific fire season,” and the evacuations that have forced people into temporary housing could lead to another Covid-19 spike, White said.

Similar to the fall term, there will be some variability in how campuses continue to offer classes online or in-person. This fall, the CSUs have offered less than 7% of the in-person courses delivered in 2019. White said there may be a chance to slightly increase that number in the spring term starting in January because some campuses have learned how to do it safely and effectively.