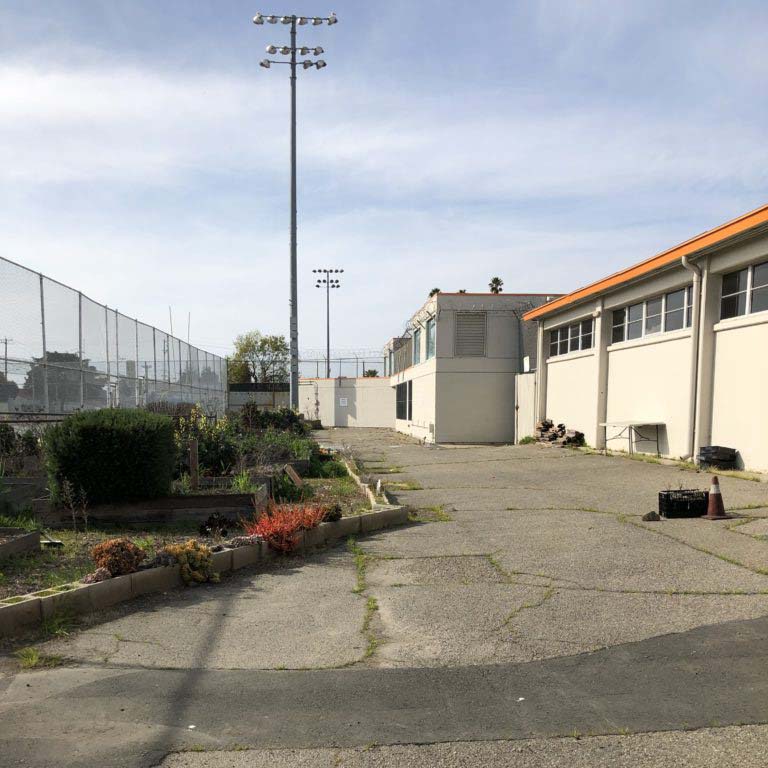 McClymonds High School in West Oakland closed indefinitely Thursday after the toxic cancer-causing chemical trichloroethylene — or TCE — was found in the groundwater below the school, which is located on 28th and Myrtle Streets.

“That’s what we’re highly concerned about right now, that’s why we exercised the caution that we did by closing the school and making sure our staff and students were out and safe,” Oakland Unified spokesman John Sasaki said at a news conference on the campus Thursday

Sasaki defended the district’s decision to close the school on Thursday even though the chemical was discovered last Friday.

He said the district decided Wednesday to notify parents and close the school for the rest of the week while state and county authorities tested the air for contaminants. The closure will likely continue into next week, he said. The district is working with local churches and other schools to find another place to hold classes while McClymonds is closed.

“We got some numbers on Friday, but we didn’t have enough information to determine that we should take this very cautious step,” Sasaki said at the news conference.

The substance was discovered last Friday while the Alameda County Department of Environmental Health was investigating whether an underground petroleum tank that was removed years ago from underneath the campus had leaked. The county told the district there was no leak but they found TCE in the groundwater, Sasaki said

Despite that discovery, students attended school at McClymonds Tuesday and Wednesday; Monday was a district-wide holiday. Sasaki said the district realized Wednesday that the air should be tested for TCE before allowing students back inside the building.

It’s unclear where the TCE came from, Alameda County Department of Environmental Health Land Water Division chief Dilan Roe said. Sasaki said county and state officials told the district that the source is probably somewhere nearby — authorities know of at least three locations in the immediate neighborhood that show high levels of TCE, Sasaki said. One of the locations around 0.1 miles away on San Pablo Avenue is a former plating shop, he said.

“We don’t know how long this has been going on,” Sasaki said. “We do know the state tested this location a number of years ago, and was charged with mitigating the issue, and as far as we know it has not been mitigated. We are certainly asking the state to take care of what needs to be taken care of at this location.”

State Department of Toxic Substances Control officials were not at the news conference to respond.  Abbott Dutton, spokeswoman, did not respond to Sasaki’s report that the site has not been mitigated but issued this statement: “We are aware that TCE has been detected at McClymonds High School and are working with the Alameda Department of Environmental Health and the San Francisco Bay Regional Water Quality Control Board to determine appropriate next steps and provide information and guidance as necessary. We are committed to ensuring the health of this community, and will work with local agencies in responding to this incident.”

Trichloroethylene, an organic chemical, is used in dry cleaning and metal degreasing, and as a solvent for oils and resins. According to the National Institutes of Health, it has been shown to cause liver and kidney cancer in experimental animals.

Sasaki, at the news conference, pointed out that there have been two high profile cancer deaths of McClymonds football players in recent years. Darryl Aikens died of leukemia in 2017, and Ramone Sanders died in November 2019 of bone cancer.

Aikens’ mother, Tierra Barker, attended the press conference Thursday; she said she was frustrated by the news of TCE in the groundwater. She said the district should have notified parents earlier than Wednesday, since the issue came to light days before.

“I would be scared for my child to come here,” Barker said in an interview. “Especially when you have two cases of healthy kids who all of a sudden got cancer.”

School Board member Jumoke Hinton Hodge, who represents West Oakland, said at Thursday’s news conference that the community has a history of “environmental injustice, and racial injustice” in the community.

“This is a place where there are leaks, there are dumps, there are things like that that are not healthy for our community,” Hinton-Hodge said. “This is an opportunity for us to organize ourselves and really work to make sure that future generations and this generation is healthy and safe.”

This story was corrected to clarify that the petroleum tank had already been removed from the campus and it had been found not to be leaking.