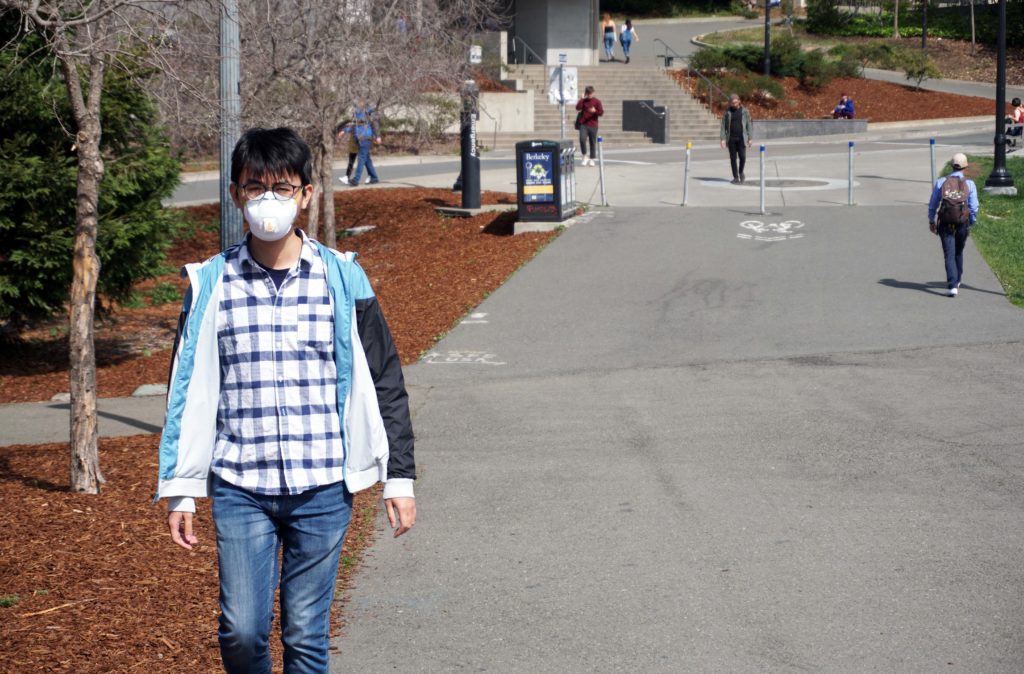 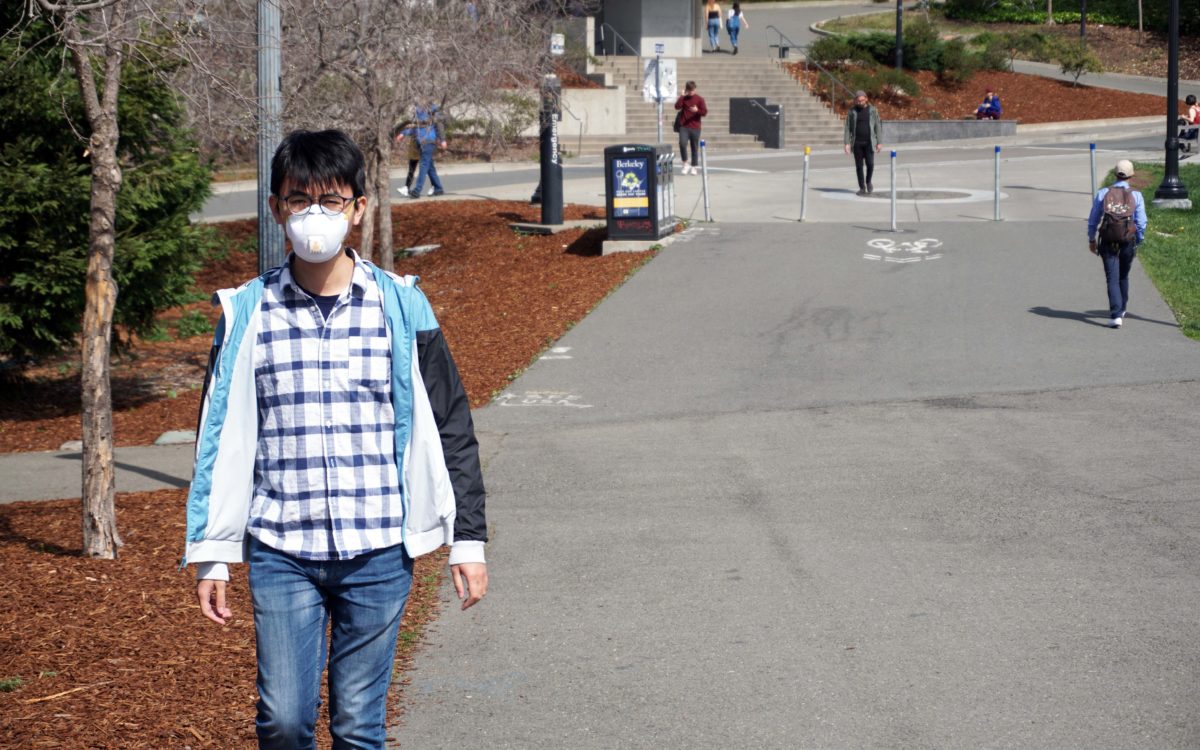 It started with Stanford University’s startling announcement over the weekend that it would immediately do away with in person instruction, at least for the next two weeks.

Then on Monday, UC Berkeley did the same thing  just days after its chancellor Carol Christ had called on the entire university community to prepare for that possibility.

But when both Berkeley and Stanford, two of the world’s most prestigious universities, took the same drastic action in response to the virus, it seemed like only a matter of time before other universities did the same thing.

The time in this case was a matter of hours.

By the end of the day Monday another quartet of universities — UC San Diego, San Jose State University, San Francisco State, and Santa Clara University — had also announced that they would move to online-only instruction, on varying timelines. University of San Francisco’s School of Law is moving all of its classes online beginning Wednesday.

In total, the announcements affected about 170,000 students, and tens of thousands more faculty and staff.  The universities took these actions even though there have been no reported cases of students testing positive to the virus.  The only known case of anyone on a campus testing positive is a faculty member in the Stanford School of Medicine.

It was a stunning development, mainly because of the speed of the announcements. Until now most public attention has been focused on K-12 schools, but universities have been preparing for this possibility in recent weeks, and it seems certain that more will follow in the days ahead.

The closures highlighted the fact that most institutions of higher education have the capacity to offer online instruction, something that most K-12 schools do not, and certainly not at the level colleges and universities are able to.

Just how effectively they will be able to do so will become clear in the next few weeks.

The closures have demonstrated that colleges and universities have a wide range of tools to offer classes virtually, but just how effective they will be will become clear in the coming weeks.  None of the universities that announced closures have ever gone completely virtual before by offering all, or nearly all, instruction online

In fact, universities had already been closed in several other states, most notably in Washington State, where most coronavirus deaths have occurred. Harvard University and Ohio State University are among the latest colleges across the country to announce Tuesday morning it would be cancelling in-person classes.

Online instruction has evolved considerably in recent years, not only with the development of online courses, but also as a result of technological and accompanying lifestyle changes that make remote instruction possible.  Online platforms have made it possible for campuses to be able to respond to  emergencies like fires or earthquakes that could disrupt campus life.

In California, each campus has slightly different plans for how it will handle the changes in instruction.  UC Berkeley, for example, will allow labs, performing arts physical education, and other classes that require in-person participation to continue.  Other classes will use Zoom and other videoconferencing platforms to offer instruction.  The changes will continue through the end of spring break, currently scheduled for March 29.

At UC San Diego, in person classes will continue for the last week of the winter quarter, but online instruction will begin starting in the spring quarter, which is scheduled to start on March 25. In the meantime, the campus has cancelled or postponed all events of more than 100 people, “nonessential visits to campus” of groups of more than 15 people, including campus tours.   All athletic events will continue, but will be “fan-less” — meaning “there should be no fans at the events.”

At San Francisco State, beginning today and extending through the weekend, “all face-to-face courses are suspended,” the university’s president Lynn Mahoney announced.  Faculty and staff are expected to use the time “to prepare for the transition to remote instruction and services.” But beginning next Monday (March 16) thru April 5, “all instruction will be conducted remotely.”

Like most other campuses, “the campus is not closing,” Mahoney underscored. “Take good care of yourself and one another,” Mahoney wrote in signing off her letter to the campus community.

Santa Clara University, a private university in Santa Clara just north of San Jose, will “suspend face to face meetings beginning today (Tuesday) and move to a virtual form until Monday April 13th,” Santa Clara’s president Father Kevin O Brien wrote to the campus in an online letter. He bluntly “encouraged students to go home as soon as practical,” although dorms and dining halls would remain open for students who can’t go home. “In our 169-year history, we have faced many challenges, but we have faced them together, as we will now, with clarity and conviction,” he wrote.

“In whatever way you pray, please join me in remembering those around the world who have died or are sick because of the virus,” he said.

UC San Diego, for example  faculty are encouraged to use the campus’ online platform Canvas LMS, similar to one used widely by other campuses.

At Santa Clara University, the university already had a strategy in place to encourage faculty to be able to provide instruction electronically in the event of a range of emergencies through what it called “Instructional Continuity” to keep classes  on schedule in the face of a range of disruptions. The university also uses a version of Canvas called Camino.

California is not the only state where campuses have moved to offer online instruction, or plan to do so soon.  Mostly these have been in Washington State, California, New Jersey and New York.  But as a roundup in Inside Higher Education notes, “the geographic range of colleges that are suspending in-person courses is expanding.”   They now include Harvard University, Ohio State University, Fordham University in New York, Princeton and Vanderbilt University in Nashville, Tenn. Berea College in Kentucky has shut down for the school year effective Friday.

While only two CSU campuses have elected to end in-person classes, the California State University’s chancellor’s office provided an updated guidance Tuesday to all of its 23 campuses, saying it may become necessary for individual campuses to consider closing or altering their operations in order to protect the health of the campus community.

In that event, campuses that haven’t done so already should consider canceling in-person classes, according to the guidance. Courses currently being held in-person would be halted for two to four days while faculty and administration convert those classes to “non-in-person instructional” methods, the guidance says.

Any potential cancelations of events at Cal State campuses will be considered on a case-by-case basis.