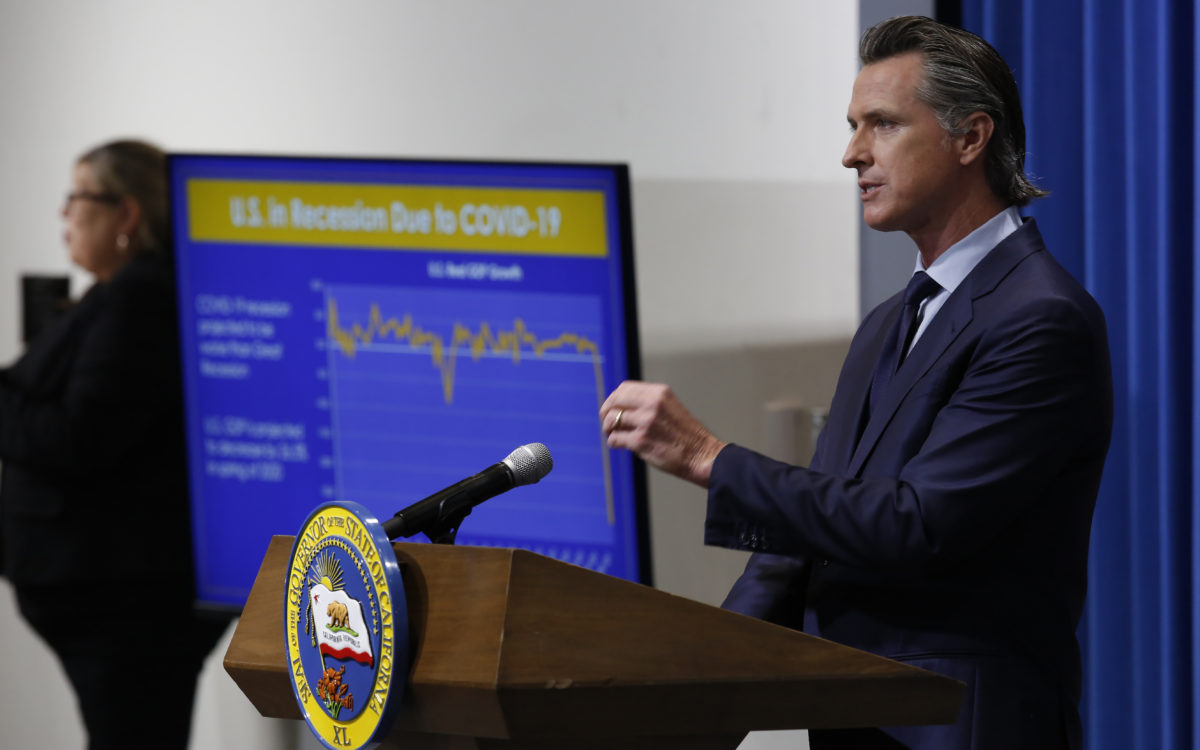 The financial fallout from the coronavirus is threatening the budgets of all California schools, but cash-strapped districts like West Contra Costa Unified may be hit the hardest.

The district was already spending beyond its means prior to COVID-19, and estimated it had a projected deficit of $48 million by 2022. To reduce the projected deficit, it cut around $30 million from next school year’s budget in February, a move that required teacher and staff layoffs. It aimed to cut the remaining $18 million from the budget for the 2021-2022 school year. But now with funding shortfalls on the horizon and higher costs due to the pandemic, district officials fear that more difficult choices are ahead.

California Education Code requires school districts to adopt balanced budgets each year in June, which must be approved by their local county office of education. If a district is unable to meet its financial obligations while maintaining state-mandated reserve levels, state administrators could take over its finances, forcing their own cuts on the district.

West Contra Costa Unified is not alone in this predicament, said California School Boards Association spokesman Troy Flint. The organization conducted a survey in February and found that even then, 77% of districts were on course to deficits by the end of the school year.

“Districts of all sizes are feeling the pressure,” Flint said. “There’s going to be an impact on services and programs districts can provide, but once you cut back in those areas you’re faced with the possibility of layoffs, which also has a detrimental impact on students. It’s not just disadvantageous to employees, it affects students and communities as well.”

School district expenses have shot up during the pandemic. In a May 18 letter to legislators, officials from six urban districts said they’ve already incurred extra costs this year as they shifted to distance learning. These included providing laptops to students, serving meals to families and providing personal protective equipment to staff. There’s also the added costs of expanding summer programs and potentially re-opening in the fall while following safety guidance.

West Contra Costa Unified officials, at a May 20 school board meeting, said they are still calculating the total cost of transitioning to digital learning March 16. Like districts throughout the state, they’re also waiting on guidelines from the state before planning how to open in the fall.

The situation is grim on the revenue side, as well. Like the whole country, California’s economy has been plunged into recession by the coronavirus. That’s sharply reduced the state’s revenues, at least 40% of which go to public schools. Even though Gov. Gavin Newsom tried to lessen the impact of the shortfall in his May 14 budget proposal, the Local Control Funding Formula — which accounts for 80% of the state funding for K-12 schools — will still take a $6.5 billion hit. All districts would receive a 10% cut in state funding. In addition, Newsom proposed doing away with a 2.3% cost-of-living adjustment that districts were banking on at the start of the year.

These cuts could be prevented if Congress passes the HEROES Act — a $3 trillion federal stimulus bill for states, cities and counties. The bill passed in the House, but faces dim prospects in the Republican-controlled Senate.

West Contra Costa Unified’s chief business officer Tony Wold said that, even under a best-case scenario that included HEROES funding, the district would be stuck cutting a total of more than $24 million from its budget for the 2021-2022 school year.

But if the HEROES Act does not pass and the district faces the reduction in the Local Control Funding Formula, the district would need to cut $41 million in the 2021-2022 school year.

“There still is a pathway for us. We will absolutely be able to be a viable school district next school year even under the worst case scenario,” Wold said at the May 20th school board meeting. “Because of the leadership of this board, of the cabinet, of the community to make the cuts that we needed to do we positioned ourselves to survive the first year of the single worst-impacted budget in the history of California schools.”

The district “will look at all possible options to make reductions,” which would be negotiated with its labor unions, Wold told Edsource. The district will “allow the government to move through the political process over the next couple of months” in order to determine how much financial help will be available. Then it will meet with local stakeholders before deciding how the cuts would be made.

If the district must make $41 million in cuts to its budget, it would end the 2021-2022 school year with a financial reserve of $14.7 million, satisfying state requirements for a district of that size. If the district doesn’t meet its budget-cutting target, it will be “in the red,” Wold said, since it would have drained all of its reserve funds. At that point, the district would risk state takeover.

Demetrio Gonzalez, president of the United Teachers of Richmond, said the teachers union has met with both House Speaker Nancy Pelosi and Governor Gavin Newsom’s staff to advocate for more funding for the district. Gonzalez said the union stressed to Newsom’s staff how profound the impact of the proposed cuts would be on West Contra Costa Unified and other urban districts.

Both the United Teachers of Richmond and the district plan to step up their advocacy for the Schools and Communities First initiative. The November ballot measure would alter Prop 13 to raise taxes on most commercial property, and is estimated to raise $12 billion annually for school districts and local governments.

If the initiative were to pass, it would soften the blow of the state budget cuts to West Contra Costa Unified.

“These investments in our schools and communities were essential before the pandemic — now, particularly in light of the State’s seismic budget deficit, they’re a lifeline we simply can’t go without,” Wicks said.