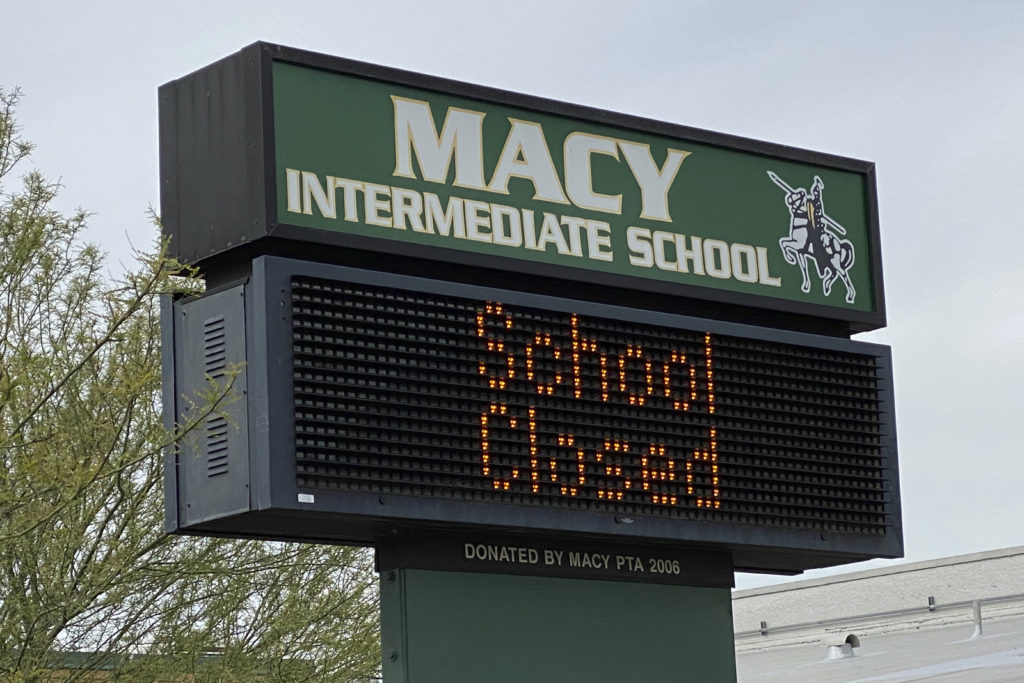 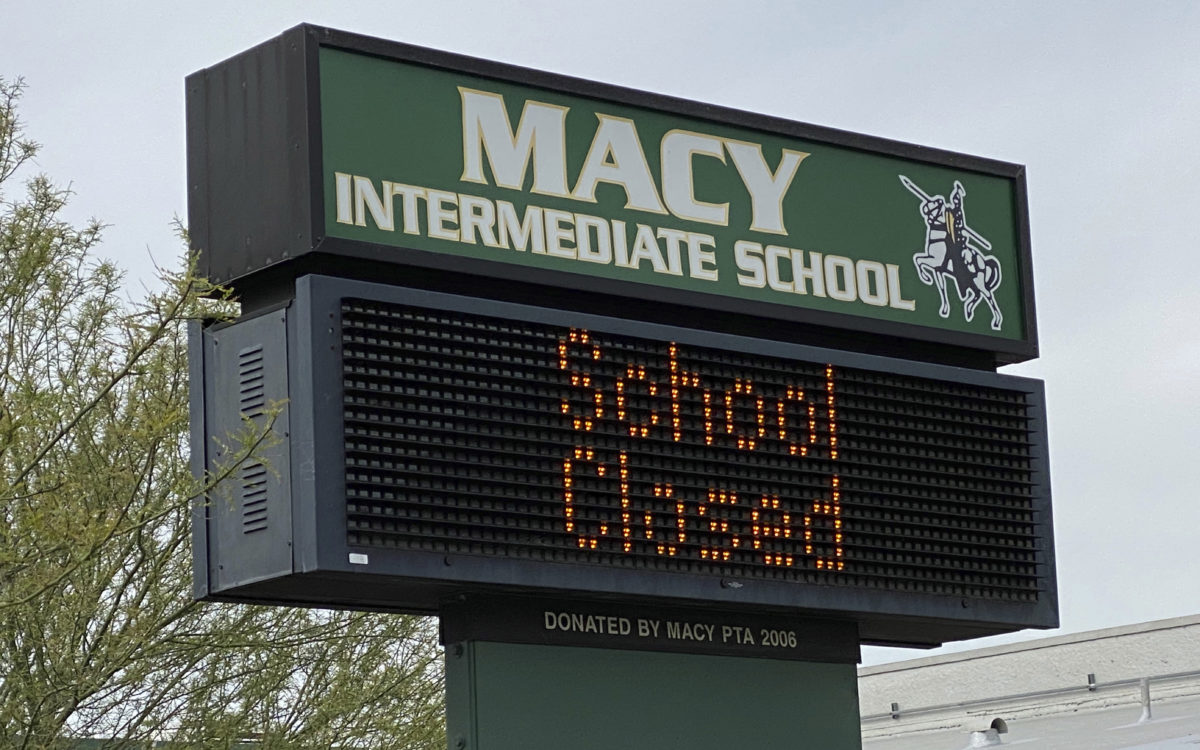 The unexpected announcement that California schools could resume as early as late July or early August was met with immediate pushback and raised more questions than answers for school districts, teachers and parents.

Gov. Gavin Newsom’s suggestion to reopen schools — aimed at mitigating the learning loss resulting from school closures that began in mid-March in response to the coronavirus pandemic — means some schools would start the school year earlier than usual.

There are concerns that schools will not have enough time and funding to stagger school schedules and create social distancing and related health plans to keep students and staff safe if campuses are reopened in late July or early August.

Reopening schools would be part of the second — and next — of four phases of returning life to normal, Newsom said. He offered no details about how an early start to the school year would work, how it would be paid for or phased in by counties where public health officials would have the final say on conditions for reopening schools.

Organizations representing school boards and school administrators said their members were caught off guard by Newsom’s announcement, leaving them unprepared for the complaints and questions they received.

“This, by far, generated the biggest reaction of anything the governor has said at his noon press conferences about education,” said Edgar Zazueta, senior director of policy and government relations for the Association of California School Administrators. “People hang on every word the governor says, and though that was not his intent, parents interpreted what he said as a mandate for an early school start, so now we had to respond to a different set of expectations.”

“I just don’t see how kids are going to be able to go to school safely with social distancing,” she said. “Classes are already full, and I doubt each room will be disinfected after each class. Even if lunch is had in the room, the kids would still have to go from class to class in high school at least.”

Dawkins said she will consider homeschooling if schools reopen before the “virus is under control,” even if it means her children don’t get the same quality of education.

Districts already had anticipated a difficult reopening of schools, in which they would have to resolve health and safety concerns, social distancing patterns and tricky scheduling for smaller classes. By proposing an early return to school with an unspecified transition period to address students’ learning loss, Newsom potentially sped up the timetable, added the complication of reopening union bargaining with staff and raised the need for additional money to pay for it without indicating a source.

“Every signal from the Legislature is, ‘You must prepare yourself for cuts.’ How are we going to do this when given an unparalleled task that has never been seen before?” Zazueta said.

The same day that Newsom held his press conference, Palo Alto Unified Superintendent Don Austin was working through several scenarios to push back the opening of school from mid-August to possibly Sept. 8, the day after Labor Day. Nothing that Newsom said has led him to reverse course.

“We were thrust into distance learning, which has been criticized as a lesser substitute for classic instruction, so our thought was to push back the start date with trigger points to keep us from opening virtually if possible,” he said.

Chris Evans, the superintendent of Natomas Unified in Sacramento, agrees that it might be better to reopen schools after Labor Day. Opening early will make it difficult for districts to plan for staggered scheduling, social distancing and transportation to keep students and staff safe, he said.

“We have absolutely been analyzing each of the ideas about how schools should look different when they open and everywhere we turn there is a new challenge,” Evans said. “We are going to be asked to do new and different things with less money. If we are going to stagger kids in a morning or afternoon session, we need to know from the state right away are we going to get instructional-minute waivers?”

School districts can apply for waivers so that they will not be penalized financially because students were unable to be in school for the amount of time required by the state. The minutes required vary by grade level.

Evans and his staff are considering three options for next school year: distance learning continuing for part of the year; a modified school schedule with split days or students only coming to school a few days a week; or a return to a normal school schedule.

Whatever the district decides will require a lot of planning, Evans said.

“We need those parameters — the sooner, the better,” he said. “It might be a smarter call to push it to Labor Day.”

Despite that, he understands why the governor is suggesting an early start: “It’s two-fold. He’s worried about the education gap, and to stimulate the economy as people begin to phase back to work. He needs a place for kids to be.”

Erich Myers, a math teacher at Chavez High School and Stockton Unified teachers’ union president, said he is concerned about his students’ social and nutritional needs and would like to see them back in school. But he wouldn’t want students or their teachers to be at risk. He is especially concerned about teachers who are older or who have underlying health problems.

“You shouldn’t have to choose between your job or your health,” he said.

He doesn’t know how the schools in a district with 41,679 students will manage social distancing. Removing just two students from each classroom in Stockton Unified creates the need for about 45 new classrooms, he said: “Where do we find the teachers for these classrooms?”

Opening schools early would require districts to reopen contract negations with teachers unions. Most of the state’s largest school districts are already scheduled to begin their school years in August, with about half opening the first part of the month. Despite that, some districts are considering starting in September because of the coronavirus epidemic.

Claudia Briggs, spokeswoman for the California Teachers Association, said educators have identified safety supports that must take place before opening campuses, including deep cleaning of schools; continuous cleaning of campuses and buses; personal distancing in classes and other shared spaces; and the availability of face masks, gloves, hand sanitizer and other personal protection equipment.

Schools should have nurses on campuses that can triage students and staff before moving them on to proper health care if they become ill, as well as mental health counselors to support those suffering from the impacts of the pandemic.

“The school closures have been hard on everyone one: our students, our educators, their families, our communities — everyone,” Briggs said. “When they physically return to school campuses we want our students to be safe and ready to learn.”

In Los Angeles, the teachers union, which would have to agree to an early start, was quick to cast doubt over Newsom’s suggestion.

“These were unfortunate comments. He was getting ahead of himself,” said Alex Caputo-Pearl, president of United Teachers Los Angeles, during a speech Friday morning on Facebook Live.

Caputo-Pearl noted that any proposal for an early start to the school year would require negotiation between the district and the union. “And there has been no conversation about that,” he said.

“There is not going to be any sort of opening of schools before things are safe. … We are not going to allow anyone to be forced back to work early in unsafe conditions,” he said.

Thursday afternoon Los Angeles Unified board member Kelly Gonez said the district did not have any plans to open early in an emailed newsletter.

“We are exploring all options to ensure that students and staff can return to school safely and engage in learning that will support their academic growth and socio-emotional well-being,” she said.

School district officials say they are waiting for more guidance from the state before altering school schedules.

“Until we know what kind of guidance we receive to make sure our students and staff are going to be healthy, that will play a huge role in what we can do,” said Xanthi Pinkerton, spokeswoman for Elk Grove Unified, which serves 64,000 students in Sacramento County.

The district has set up a task force of district employees to create a social distancing plan for its schools. Like most districts, one of those scenarios includes continuing distance learning if necessary.

It already has 18 of its 61 schools on a year-round schedule, with students at those schools scheduled to start July 16.

“The governor’s consideration of an earlier start date for schools is new information to us,” Chris Eftychiou, spokesman for Long Beach Unified, said. “There’s no firm decision yet, so we’ll continue to monitor the state’s guidance.”

Oakland Unified officials said they have considered possible scenarios to re-open campuses in the fall, but need more guidance from the California Department of Education — especially regarding a likely timeline — before moving ahead with any plans, district spokesman John Sasaki said.

Even if schools manage the monumental task of reopening schools early, parents will have to be convinced.

“I’m not sure parents will be ready to send children back into the petri dish that is public school,” said Caryn Cherry, who has children at Beacon Park K-8 and Portola High School in Irvine Unified School District. “No one knows what ‘school’ will look like in July, with current health restrictions, so start there. My preference is that more time and effort is invested in innovating public education in preparation for the next waves of the virus.”