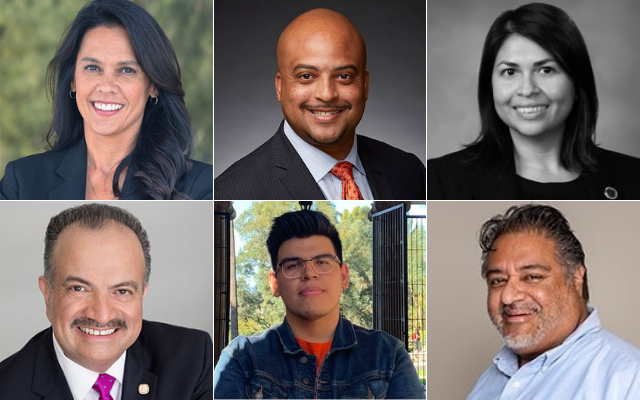 California’s 116 community colleges should prioritize increasing diversity in their faculty to create a more inclusive and equitable learning environment, leaders from across the community college system said Tuesday.

During a webinar Tuesday hosted by EdSource and UC Davis’s Wheelhouse center, student, faculty and administrative leaders said community colleges can do more to improve hiring, recruitment and retention of diverse faculty.

California’s community college system serves a diverse student body. While 51% of the 2 million students in the system identify as Black, Latino, Native American or Pacific Islander, just 21% of tenured faculty across the colleges are from one of those underrepresented groups, according to a report from the systemwide chancellor’s office.

Edward Bush, president of Cosumnes River College in Sacramento, noted that it’s possible that any student can complete their entire community college education without ever having a Black or Latino professor.

“The only thing that is stopping us from hiring more faculty is the will to do so,” he said. “As college leaders, we have to say that this is the issue we are tackling as a college and center it as part of our priority.”

The hiring process could become more equitable if voters in California approve Proposition 16 this November, panelists said. Proposition 16 would repeal Proposition 209, which prohibits the consideration of race, gender or ethnicity in admission and hiring decisions at California’s public colleges and universities.

On Tuesday, the nonprofit Education Trust-West published a research brief that found that the ban on affirmative action in California has been detrimental to equity in the state’s community colleges. “Restoring affirmative action will allow policies to be intentionally designed and implemented in ways that acknowledge structural forms of racism that marginalize people of color,” the research brief said.

Francisco Rodriguez, chancellor of the Los Angeles Community College District, said during Tuesday’s webinar that Proposition 16 could be a “game-changer” for the community college system.

“You can bring in gender and race as a plus factor,” Rodriguez said. “That will ultimately lead to greater diversity and equity in our hiring practices. I think this is more than symbolic. … This could be a game-changer for us if we implement it in such a way where diversity, equity, race, gender is value-added to the educational enterprise.”

Daisy Gonzales, deputy chancellor of the entire community college system, pointed out that faculty diversity is directly tied to student success, saying that students who have diverse teachers and staff are “better prepared for leadership, citizenship and professional competitiveness.”

Gonzales said colleges should reassess their standards for recruitment. She noted that under California’s education code, one of the requirements for a faculty member in the community college system is whether they can teach a diverse workforce.

“How are we assessing that? In some of our campuses, they are asked as a yes or no question,” Gonzales said. “… Our really progressive, equity minded campuses, they’re asking that question not just as a yes or no, but what has been the impact? What are the outcomes? And how did you serve a diverse population?”

Panelists also said that students should be more involved in the hiring process.

Gerardo Chavez, a student at Riverside City College, said he has been in the community college system since 2016 and has had only two professors who were people of color.

Chavez suggested including students like himself on faculty hiring committees, something he said is not currently a common practice at Riverside City College. “As a Latinx student, if I have the ability to determine who is going to be hired in my college, then we’d be able to see people who look like me,” Chavez said.

Jeffrey Hernandez, president of the Academic Senate at East LA College and a professor of political science at that college, said during Tuesday’s webinar that he likes “the idea of students on the committee” and wants to encourage that in the future.

He added that the Academic Senate at East LA College is currently working with the college’s administration to determine where diversification of the faculty is most needed. “Our follow-up will be to promote training for particular departments,” he said.

It is also important to be able to retain diverse faculty once they are hired, panelists noted. Bush, the president of Cosumnes River College, said his college tries to boost retention by assigning a mentor to every faculty member.

“And we take that process really seriously. Our faculty leaders … increasingly put emphasis on making sure faculty are mentored,” he said. “We have events where they come together and talk and share. That sense of belonging that we say matters to the students, it also matters in how we onboard new faculty.”