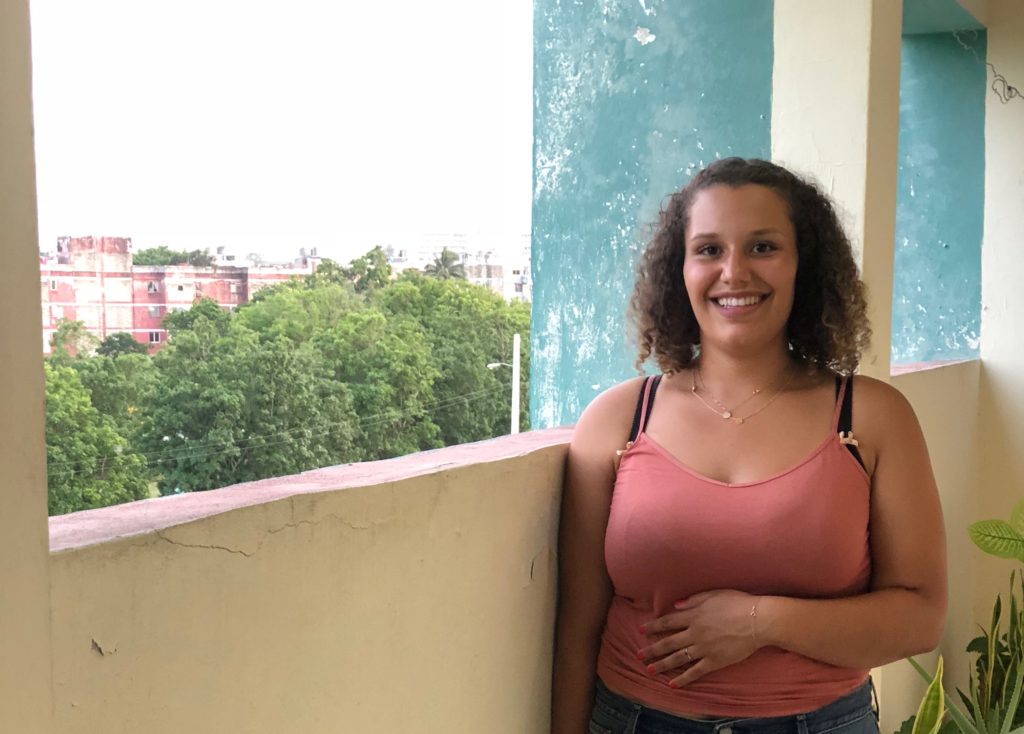 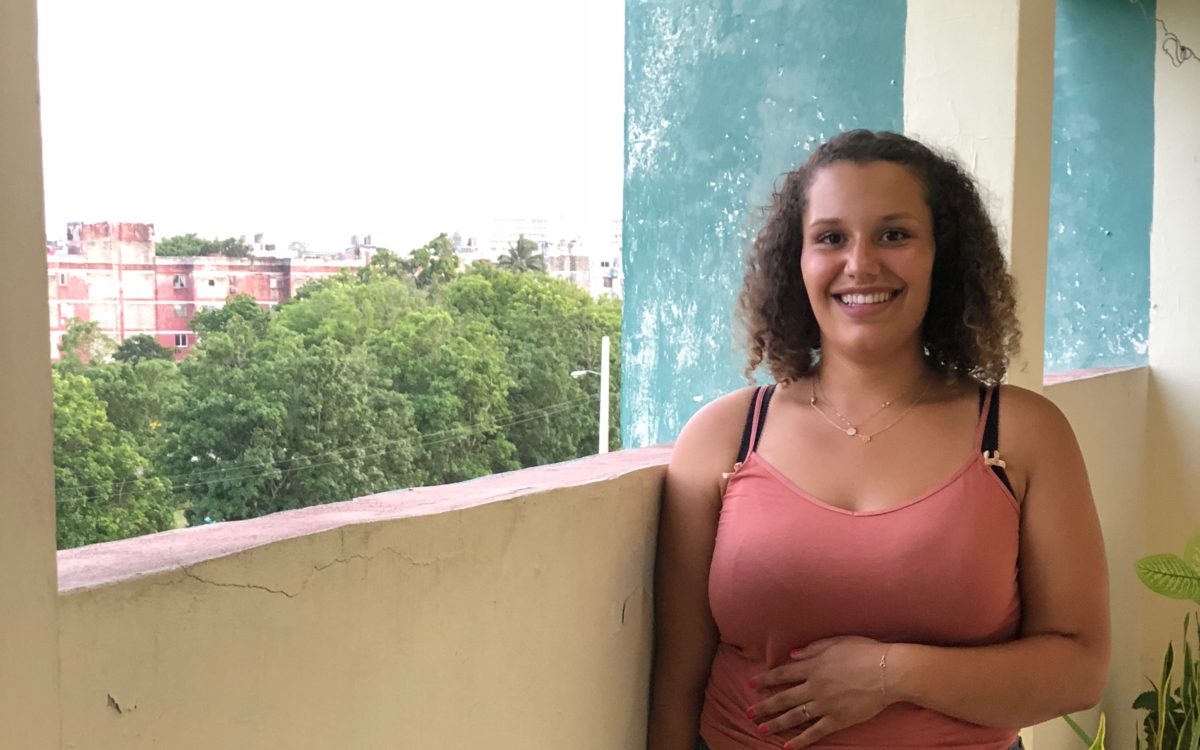 Just a few short months ago, the Class of 2020 was graduating into one of the best economies the country had seen in decades. Unemployment was at a record low, and college students had their pick of jobs and internships.

The coronavirus pandemic has derailed the plans of thousands of college students — many of whom are graduating in May and June. Some have seen internships disappear and job offers rescinded. But industry experts and career advisors say there are options available to the state’s nearly 200,000 graduates, if they’re patient and flexible.

“The Class of 2020 is graduating into an economy that has the highest unemployment rate and largest decreases in GDP since the Great Depression,” said Nicole Smith, a research professor and chief economist at the Center on Education and the Workforce at Georgetown University.

But she says, “patience is necessary…The purpose of education is to make you nimble and strong and prepared.”

Every sector across the country has experienced job declines, some worse than others. The hospitality industry of hotels, restaurants and fast food have been hardest hit, with the loss of at least 70,000 jobs in California through March. While that’s the latest number available, it does not capture the higher losses in April and May. Nationally, through April, the Bureau of Labor Statistics reports the loss of 7.7 million jobs.

The pandemic’s effect on each industry determines whether companies are offering — or not — internships and jobs to college students. But with increasing demand for these entry-level positions, especially as unemployment continues to grow, finding a job may be tricky but not impossible. Many employers are converting internships into virtual ones, and there are hopeful signs that some are continuing to hire graduates.

A recent employer survey by the National Association of Colleges and Employers, or NACE, hints that companies expect to bounce back as soon as the pandemic is over — 61% of employers plan to recruit the Class of 2021 at the same level as the Class of 2020. The association provides advice for college career counselors.

“That’s why a lot of employers are holding out and trying to take a wait-and-see approach,” said Josh Kahn, the association’s assistant director of research and public policy. “The numbers actually seem fairly positive for the Class of 2021. Maybe employers are overly optimistic, or maybe we can get the virus under control by then.”

Joana Ramos, an Oakland native who graduated from the University of Puget Sound in Tacoma this month, had a plan for life after getting her communications degree.

“I was supposed to work at a summer camp and was going to use that time to look for a more permanent job,” she said. But the Oakland-based summer camp announced it wouldn’t open and left Ramos without a way to make money.

“I really want to work with kids, and that’s why the camp was great for me,” she said. “It was a way to learn how to coordinate and get better leadership skills for management.”

Rebecca Ruan-O’Shaughnessy, a senior project manager at Jobs for the Future, a national non-profit research and policy organization in Oakland, said the organization has heard some employers are canceling internships and rescinding job offers.

Last month, the career counselors association found 22% of employers revoked internship offers, and 4.4% rescinded full-time positions. But many employers are revising their summer internships so they can be offered remotely, according to the group’s survey.

Valerie Johnson, a junior at the University of California, Berkeley, feared her internship with the California Student Aid Commission would be canceled this summer. Instead, she’ll participate virtually.

“I’m grateful it’s an option because a lot of students don’t have that option,” she said.

Amber Clayton, a knowledge center director for the Society of Human Resource Management, said students and graduates should be flexible in considering the types of jobs they want.

“Employers are looking at reopening businesses right now, especially those who have already furloughed or laid-off employees,” she said. “They might be in situations where they have to recruit because current employees may not want to come back.”

Current employees are hesitant to return to work in-person because of fears they could be exposed to the virus, or because they don’t have child care, or because the unemployment benefits from being furloughed mean they’re receiving more money by not working, Clayton said.

The career counselors association has been encouraging colleges to tell their students and graduates that they should continue improving their skills even if the pandemic has derailed their job search.

“Hiring managers out there know a lot of people are home right now unemployed or going to school,” Kahn said. “They understand you may have a hole in your resume, but they want to know what you did with that hole. Did you take online classes? Get a certificate? Volunteering? They want to see you continue to improve and better yourself.”

During the Great Recession from 2007 to 2009, Kahn said a significant number of people chose to enroll in graduate school. According to the Educational Testing Service, the number of Americans who took the Graduate Record Examination in 2009 increased 13% to 670,000 compared with the previous year. He expects many graduates and unemployed people to consider that as an option.

“We don’t necessarily want to burden people who are saddled with consumer debt and other things they’re taking on during this recession,” she said. “We don’t want to encourage you to take on additional student debt.”

But each student considering graduate school as an option should conduct their own cost-benefit analysis and weigh it heavily against labor market demand, Smith said.

Ramos, the Puget Sound graduate, had hoped to put off attending graduate school for a few years until she had a clearer idea of what she wanted to get a degree in. But now, she says, that may be the best option.

“If the virus is going to affect our lives like this for the next two years or so, it might just be the perfect time to go to graduate school. Do two years and then get a job,” she said. “I was hoping to hold off on grad school because it’s expensive, and I don’t necessarily know what I want to do.”

There is some concern about the long-term economic effects the COVID-19 recession will have on the earning power of recent college graduates. It’s an effect economists call “scarring,” and it happened to college students who graduated during the Great Recession, Smith said.

“Your first salary does have an impact on your long-term earnings,” Kahn said, referring to scarring. “So, if someone thinks the job offer is too low, they can negotiate it or turn it down, but it’s a function of the labor market. If there are tons of talent on the market, employers can make lower offers.”

And even when the economy rebounds, the next job these graduates pursue will earn them less in wages and benefits because those assets build on the earnings of the previous job, Smith said.

“Students who took jobs in the last recession were worse off in lifetime earnings than those who hid out in colleges and pursued a Master’s degree or some other credential while waiting until the economy did a little bit better,” Smith said.

And with the official unemployment nearing 15%, competition is fierce.

At CSU Channel Islands, Lisa Sewell, a career counselor and alumni mentorship coordinator, is giving advice not only to current students but recent graduates of the university. The college’s career center remains open, albeit virtually, and offers Zoom and phone appointments for counseling sessions.

“We have a six-month contract with LinkedIn Learning we’re providing to graduating seniors so they can utilize that platform and build technical specific skills in demand by employers hiring right now.”

Sewell said the university will launch the LinkedIn Learning partnership in a few weeks. In the meantime, she encourages students and alumni to update their resumes with information about projects they’ve worked on or any new experiences they’ve had.

It’s also essential to connect the demands employers want in their job descriptions to what graduates have to offer in their resumes, she said.

One other resource she encourages graduates to use — alumni networks.

“Networking is the No. 1 strategy,” she said. Students should use social networks to scour for alumni in the industries and businesses they’re interested in entering and then reach out to that person. Sewell said they might not be able to offer a job today or tomorrow, but they may connect the graduate to someone who can provide an opportunity.

“I tell students to aim for 15 to 20 conversations to start,” she said, adding that if 50% of those people respond to consider it a success. “The more people you meet in the field, the more you’re exponentially growing your network.”

Careers in science, technology, engineering and math fields should continue to see huge growth, as will the public health sector, she said.

Those students who can rely on family connections and social networks may have an easier time navigating the job market than those who don’t have the “social capital” to succeed or those who had already faced “historical barriers,” such as being a first-generation student or coming from a low-income family, she said.

“I’m a first-generation immigrant, and the narrative I was raised in was you work hard, go to school and things will work out for you because you’re relying on the systems in place to give you that career,” Ruan O’Shaughnessy said. “But we know that isn’t the case, and as it is right now, it’s inequitable in many aspects. So how do we overcome that?”

Ruan O’Shaughnessy said graduates should be patient, but they also need to think creatively about their goals and what they have to offer. Graduates should consider internships even in industries that they may not have thought of in college, such as a business major applying for an office assistant position in a medical clinic, she said.

Graduates are “not just competing with people who are fresh out of college, but also with people laid off from middle-level jobs and are now competing for entry-level experiences,” she said. And the experienced workers, “have the leg-up.”