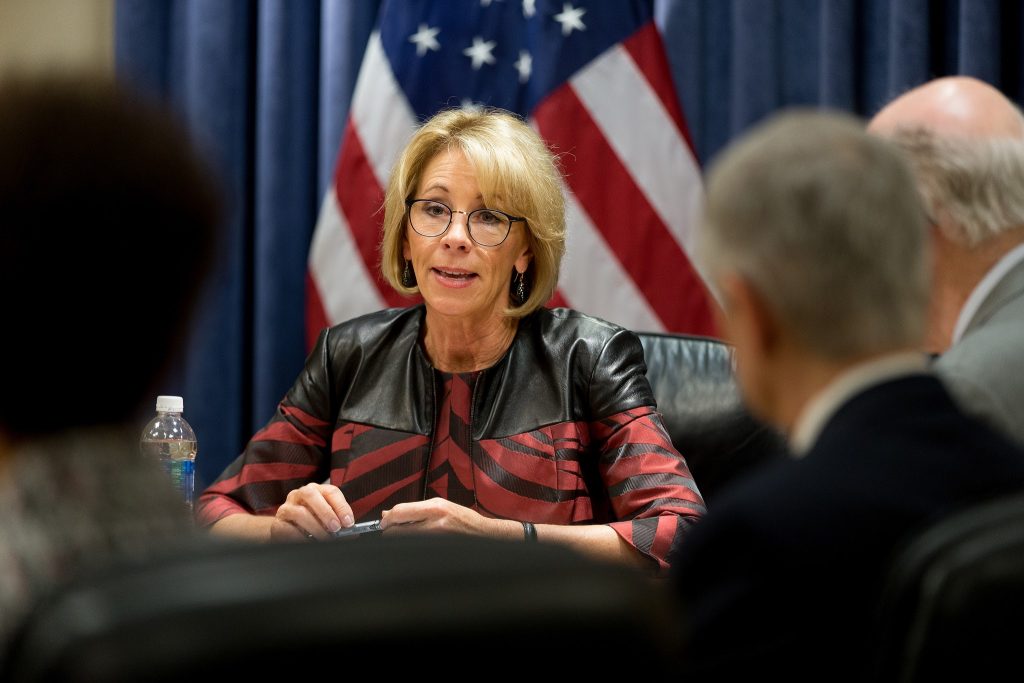 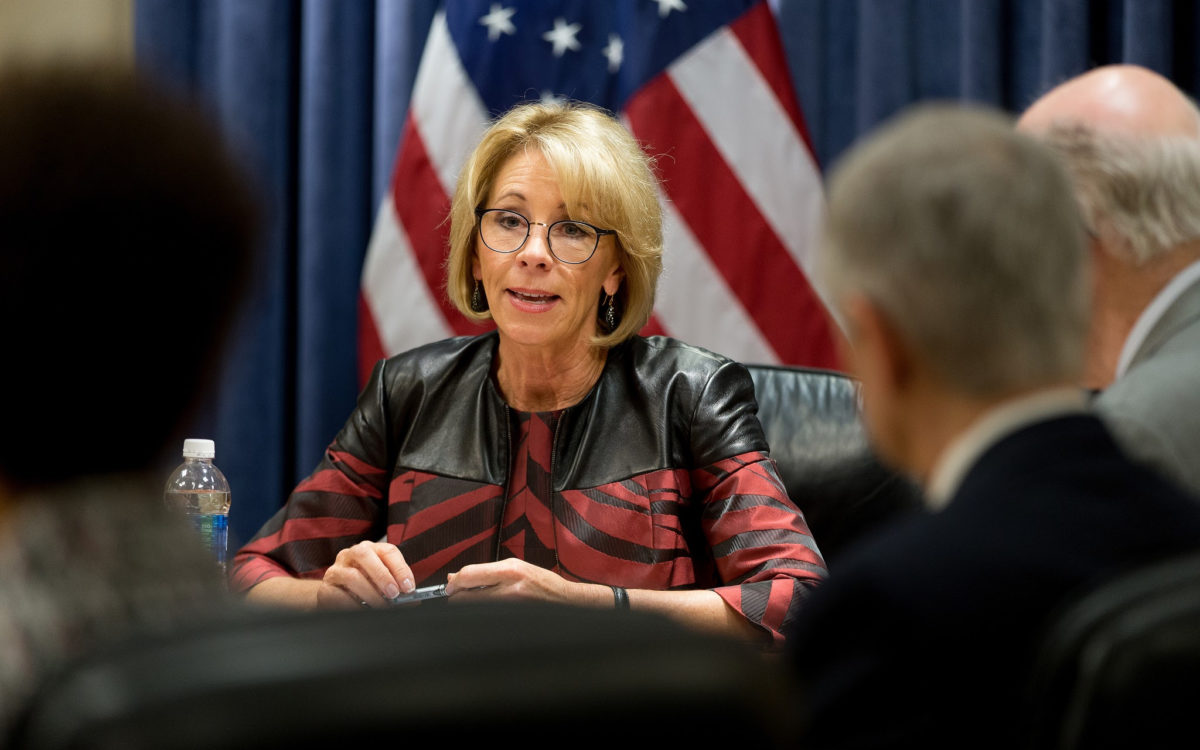 The California Federation of Teachers is teaming up with its parent union and students to sue Education Secretary Betsy DeVos for repealing rules that would have penalized colleges and universities if their graduates did not make enough money to repay their student debt.

The CFT, which represents more than 120,000 educators in the state, along with the American Federation of Teachers and the National Student Legal Defense Network filed the lawsuit Wednesday in a federal district court in San Francisco.

The unions and students argue that DeVos violated federal law when she repealed the controversial rule known as “gainful employment” in July. The rule was designed by the Obama administration to measure whether graduates from mostly career training and vocational programs could repay their loans. It also held institutions accountable based on students’ loan debt-to-income ratio.

The rule applied to virtually all for-profit institutions and non-degree programs at nonprofit and public colleges. Colleges that did not meet the rule’s requirements would have to improve or lose the ability to participate in the federal student financial aid program.

What to Know about the Gainful Employment Rule, by The Institute for College Access and Success, 2019.

The unions argue that the education department was wrong to say that the rule unfairly targeted for-profit colleges because it also applied to non-degree programs at public and nonprofit colleges.

But, the Career Education Colleges and Universities, the for-profits’ largest national trade group said the group was being targeted and argued that the rule should be applied more broadly to all higher education programs both degree and non-degree.

The lawsuit asks that the court immediately reinstate the gainful employment rule to protect “students considering enrolling in a career-certificate program or a for-profit college.”

“College students rely on the protections of the gainful employment rule not only to protect themselves from for-profit scams but as a guardrail so they can make informed decisions about their future careers,” said Jeff Freitas, CFT president, in a statement.

“While the department does not comment on pending litigation, it will vigorously defend its final regulation rescinding this deeply flawed rule,” said Angela Morabito, the departmen’s press secretary.

The lawsuit highlights the stories of two California educators, Julie Cho and Isai Baltezar, who want to further their education and claim that the repeal of the rule keeps them from getting information and making an informed decision on which institutions to enroll. Baltezar is a 5th-grade teacher in Santa Cruz and considering enrolling in a program to get a certificate in K-12 school administration. Cho is a part-time faculty member at the University of California at Irvine and considering a certificate to teach special education as part of a career change.

“Because of the repeal … plaintiffs will no longer receive these mandated disclosures, including about gainful employment programs’ completion rates, length, total cost, loan repayment rates, job placement rates, as well as whether these programs satisfy certain state licensure or certification requirements,” according to the complaint.

When DeVos announced the department would repeal the gainful rule, she also announced the College Scorecard would expand to include data on students’ potential debt and earnings by program. The scorecard is a website that compares the cost and value of colleges by showing graduation rates, employment rate, costs of attendance and student loan information. But the lawsuit says, “the information provided by the updated College Scorecard is not a substitute for the information required to be reported and disclosed under the gainful employment rule.”

An online tool released last week and developed by the Texas Public Policy Foundation, which is a conservative nonprofit group, applied the gainful rule test to public and nonprofit institutions. They found only about 60 percent of nonprofit colleges and 70 percent of public institutions would pass the gainful rule if it were in place and applied to them. For-profit colleges still would have performed the worst, with only 55.6 percent passing the standard.