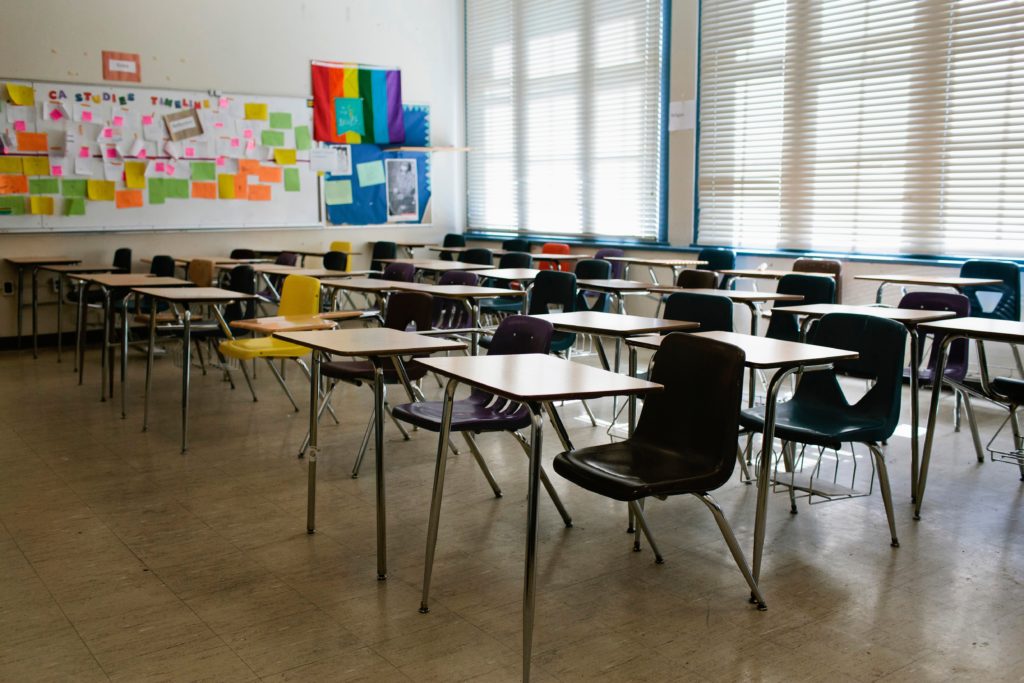 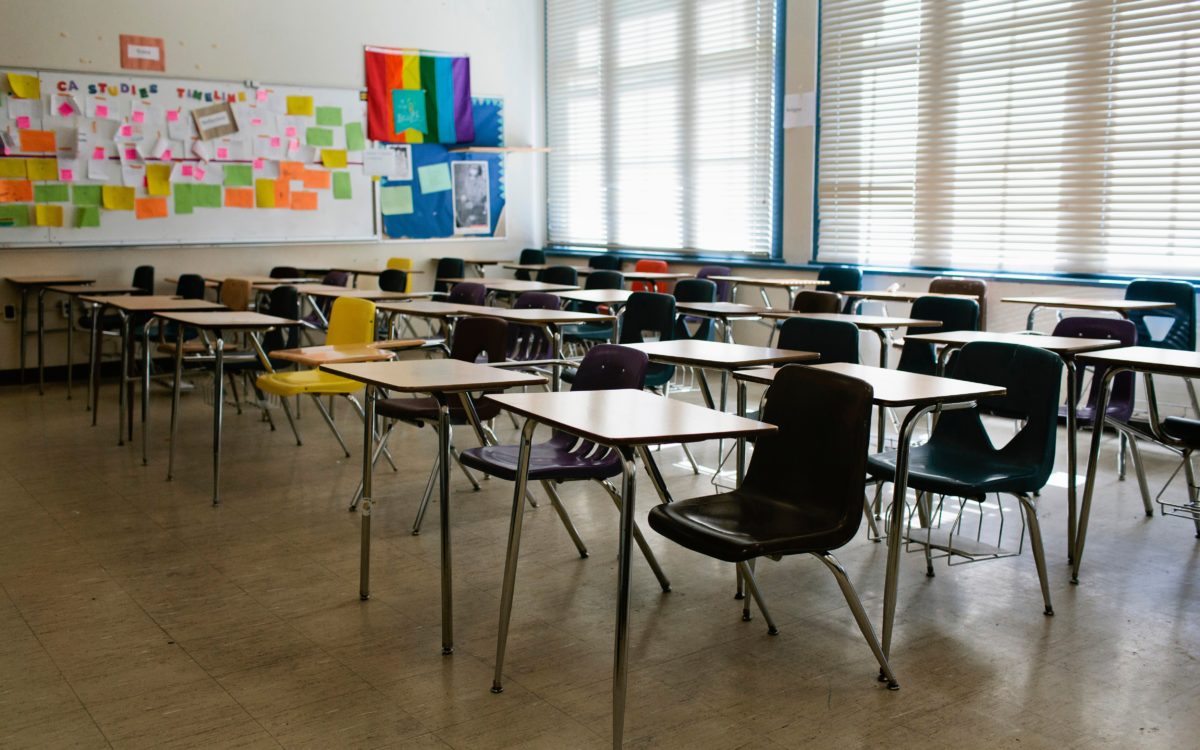 With so much on their plates already and revenue projections so much in flux, California school districts had assumed they’d get a reprieve from filing their next Local Control and Accountability Plan, the document that would spell out their spending priorities for 2020-21. The only question was whether Gov. Gavin Newsom would delay or suspend the LCAP for next year.

Newsom apparently will choose delay in an executive order to be published within days. During a webinar Tuesday, California Department of Education officials said they expect the governor will push back the deadline for completing the accountability document to mid-December, after districts have a clear enough picture of the state finances to revise their own budgets. Newsom decided not to suspend the LCAP for a year, as school management groups like the California School Boards Association and the Association of California School Administrators had called for.

Officials also announced that the department will ask the Legislature to cancel the 2019-20 California School Dashboard, the color-coded accountability system that rates schools and districts on multiple performance measures. School closures and the cancellations of standardized tests because of the coronavirus have rendered this year’s dashboard, which would have been published in the fall, incomplete and invalid.

The decision on the LCAP would be at least a partial victory for a group of statewide nonprofits that advocate for low-income, black and Latino children under the name Equity Coalition. In a March 23 letter, it had called for what Newsom granted: an extension, instead of letting districts skip the LCAP for a year. Delaying the LCAP, the groups argued, should also enable parents and community groups to give their views on the local budgets. Districts would have to account for what they will do in 2020-21 to help student groups that likely have been disproportionately affected by school closures and the coronavirus’ economic impact.

“As district and school leaders move forward, it remains critical that they exercise effective ‘local control’ in these grave times in consultation with the local community,” the letter said.

Districts shouldn’t get a year off, John Affeldt, one of the letter’s drafters and the managing attorney for the nonprofit law firm Public Advocates, said in an interview. “You don’t get a mulligan on democracy.”

But that form of local democracy could be particularly messy next year, with an economic recession looming. Instead of 5 percent to double digit annual funding increases since the first LCAP in 2014, for the first time in the LCAP era spending could fall, possibly substantially — creating tensions over additional staff layoffs and cuts to programs created to address long-standing funding inequities.

Still to be determined, though, is what will be in the LCAP.

The LCAP is a district’s blueprint for local control and the key tool for measuring if money will be spent on high-needs students: English learners and low-income, foster and homeless children. In it, the school board must set the priorities for student improvement and how much to spend on them, and lay out, in a 3-year plan, specific ways to measure progress.

The funding formula, which provides about 80 percent of districts’ funding, provides additional money to districts based on their numbers of high-needs students. It requires that the supplemental dollars be spent to improve or expand services for those students. Districts where high-needs students make up the entire student population receive more — about 40 percent above base funding.

The coalition favored a roughly comparable accountability document to what districts have been required to write. Since state law — the 2013 Local Control Funding Formula — prescribes what should be in the LCAP, the Legislature must act to change the requirements for a year. The executive order is expected to state that the administration and the Legislature would decide whether some requirements should be dropped for a year, in what would become a slimmed-down version requiring fewer details.

The update to this year’s LCAP could be truncated. Because of school closures, districts would be asked to summarize the actions they took to meet the three goals that Newsom outlined in his March 13 executive order. It requires that districts provide meals to students, create high-quality distance learning and provide child care to children of health care and other essential workers.

Sudden school closures have exposed a digital divide separating rural and low-income families, from Tulare County to Los Angeles, who lack computers and internet access at home and other families with technology needed for distance learning. Districts are spending tens of millions of dollars on hotspots and Chromebooks for students without them. But the rollout of technology and of distance learning has been uneven in the state.

Student advocacy groups are warning that those student groups already behind will experience the greatest learning loss because of the coronavirus. A study of the impact of the Great Recession on a decline in test scores backs them up. That’s why, in the letter, they called on directing spending through the LCAP on summer programs for high-needs students, outreach to families of English learners, and counseling and trauma services for high-needs students once shelter-in-place orders are lifted.

The funding formula law states that districts should address a range of priorities in the LCAP: academic improvement, school climate, student engagement, parent involvement and preparation for college and careers, while using two-dozen metrics to gauge improvement. But just as the coronavirus has disrupted markets, it has in effect broken the “supply chain” of data and parent voices needed to create a new LCAP.

Parents stuck at home can’t attend LCAP meetings, and “virtual meetings don’t always ensure equitable access,” said Lindsay Weiss-Tornatore, interim director of the state Department of education’s Improvement and Accountability Division. Without standardized tests, only pre-closure data on student attendance and chronic absences, and incomplete data on college readiness measurements, districts and the public wouldn’t have accurate data to measure progress this year and set priorities for 2020-21. The 2020-21 dashboard will use 2018-19 data to compute the rate of improvement.

Districts will also face monumental budget problems. Newsom’s order pushing back the filing dates for state personal income and capital gains taxes from April 15 to July 15 will leave the Legislature without accurate revenue forecasts for 2020-21 until August. So lawmakers are expected to pass a working budget in June at roughly the same level as this year, and revise it in the fall. Districts will likely follow suit, adjusting their budgets in the fall. The anticipated new Dec. 15 LCAP deadline would coincide with districts’ first update on their financial health that they must submit to their county office of education. But that might come months after districts revise their budgets, which concerns Affeldt. “The state should ensure meaningful and robust community engagement not only around the LCAP but also the budget,” he said.

At this point, neither Newsom nor his finance experts will predict the fiscal impact of a pandemic-created recession. But all agree that districts will face difficult decisions. In a memo this month, Assembly Budget Committee Chairman Phil Ting, D-San Francisco, said “ongoing major reductions to major programs” would be possible.

Edgar Zazueta, senior director of policy and governmental relations for the Association of California School Administrators, said that school management groups are happy the spring deadline for the LCAP would be dropped, since school districts have been consumed by the impact of the coronavirus. “We would have liked freedom until next year, and so will move forward and do our best to accommodate” what’s required, he said, knowing circumstances may change, as, under a pandemic, they have multiple times already this year.