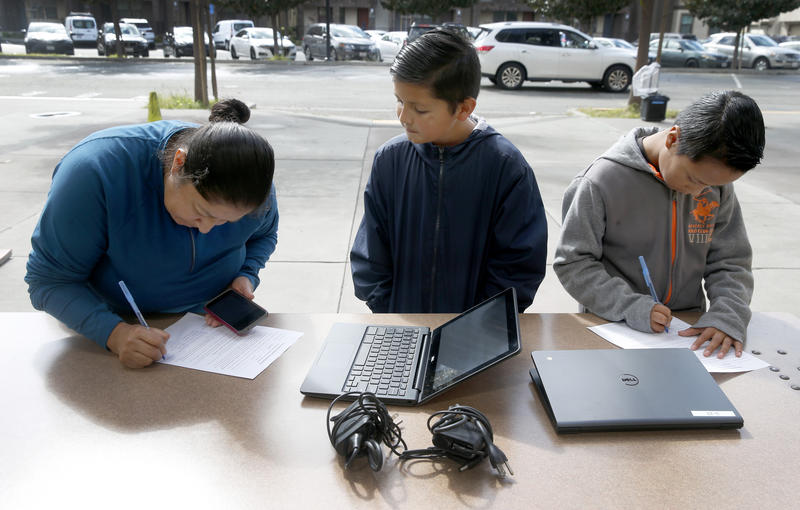 Even before President Trump announced Sunday that he would extend federal guidelines to “shelter in place” to April 30, most of California’s largest school districts had already announced that they would be closed for at least another month.

When schools initially closed, mostly in mid-March, administrators had to make quick decisions — in some cases almost overnight — about what they would tell students, staff and parents. They set the dates for closure — and potential reopening — not based on solid health grounds, which weren’t available at the time, but to coincide with the end of their spring breaks. Districts said they would open during a range of dates during the first, second or even third week of April — dates which are now coming up rapidly.

As a result, last week the pace of districts announcing that they would be closed until the end of April — in some cases with the proviso that even those dates might have to be revised as well — accelerated

These are the school closure dates of California’s 30 largest school districts for in-person instruction. Some districts have announced dates for launching a formal distance learning program.

∗ As listed online as of March 29.

The five remaining school districts with earlier opening dates in April are reviewing their plans.  Presumably the federal guidelines, which are expected to be reinforced by local and state authorities will accelerate that process, and schools throughout the state may announce that they will be closed for the next month. Exact dates may well vary from district to district.

Unlike the first rush of closures, districts are increasingly  coordinating with county offices and county health officers on when to reopen, at least in part to avoid confusion among nearby districts. Over the last 10 days, several countywide closures were announced (including Los Angeles County, six Bay Area counties and Sacramento County, with total enrollments of over 2 million students).

The district with the earliest remaining opening date among the largest districts is Poway Unified in San Diego County. It was scheduled to open next Monday, on April 6.  But in a message on the district’s website, superintendent Marian Kim Phelps said that “while our initial intent was to physically return back to school on April 6, unfortunately, the likelihood of that happening is remote.” Phelps said she would be consulting with the San Diego county superintendent and other local superintendents “to discuss the extension of our emergency closures.”

Fresno Unified is still scheduled to be closed until April 13, but Superintendent Bob Nelson in a video to the Fresno community said that the board of education will review whether to extend its closure date during its meeting on Wednesday this week. “This is not a decision we take lightly,” he said, acknowledging that other districts have made different decision.  The meeting will be held virtually, and Nelson encouraged parents to submit their comments via email.

At the same time, he enthusiastically described the districts distance learning plans, describing it as “a bold shift to a one-on-one model” of instruction.

Lodi Unified, in San Joaquin County, was due to open on April 6, but last Friday the district said that closure date would be pushed back to April 17.  At the same time, the online message said “we understand that this timeline could be extended based on the status of this health crisis.”

Underscoring some of the confusion surrounding opening dates, the San Joaquin County Office of Education issued a statement last Friday requiring all schools in the county to remain closed “until further notice” based on recommendations from the county’s public health officer.

All of this activity was taking place against the backdrop of Gov. Gavin Newsom’s prediction that schools will have to remain closed until the summer break.  Hardly any districts appear to be ready to go that far, and a statement provided to EdSource by the California Dept. of Health seemed to suggest that the governor’s prediction was not exactly set in stone: “On timing of school closures, the governor has noted many times that this is a fluid situation, and as the state knows more, that will be shared with all Californians.”

But on Monday at his now regularly scheduled noon press conference, Newsom gave some insight into his thinking, without addressing the school closure issue. “If you have ever gone skydiving, the worse you can do is cut the parachute when you are not close to the  close to the ground,” he said.  “We are not yet close to the ground.”