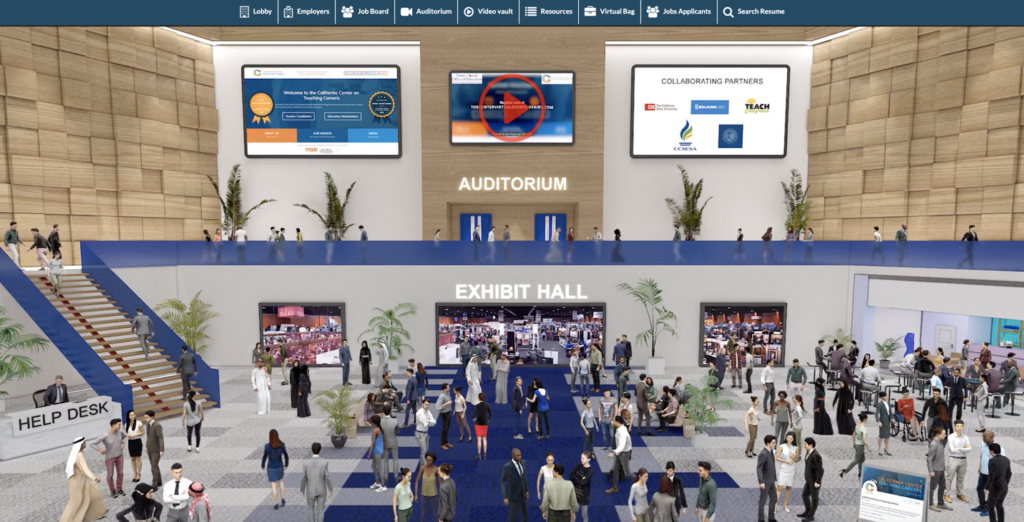 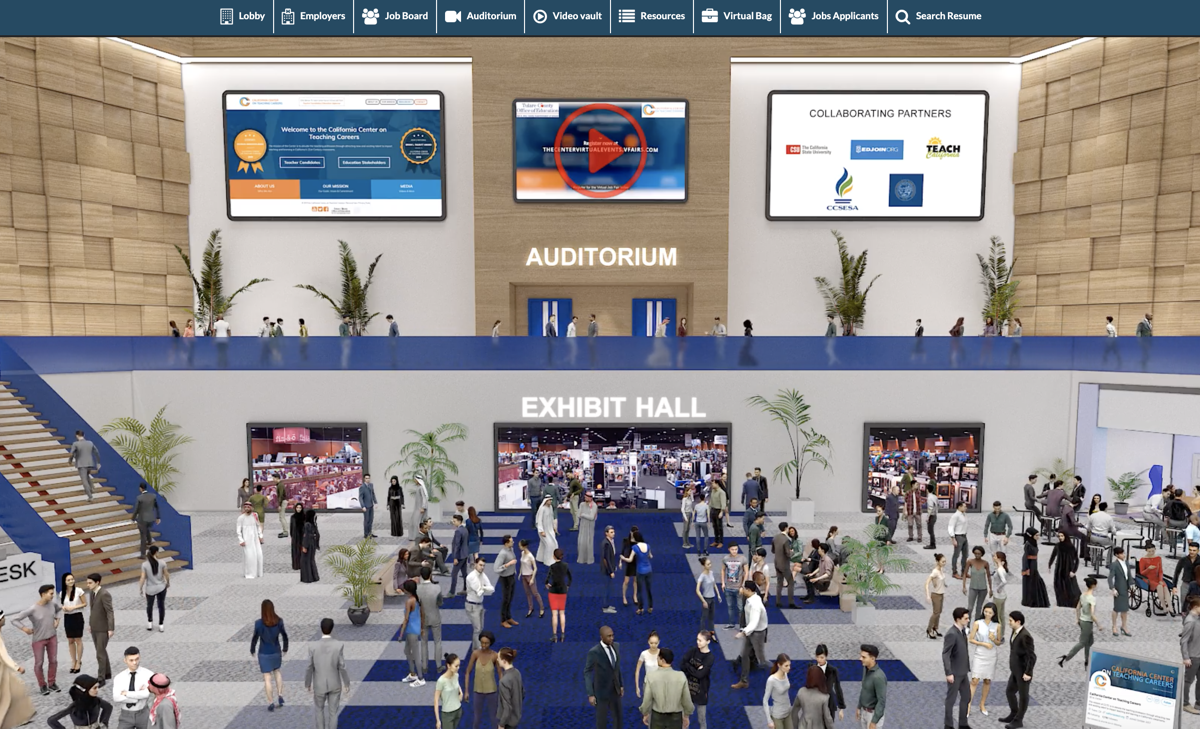 Most California school districts were just plunging into their annual teacher recruitment season in March when schools began to close in response to the coronavirus pandemic. One by one districts canceled job fairs, pulled recruiters off the road and shifted to a virtual hiring process.

School districts have spent more staff time and effort recruiting teachers in recent years because of an ongoing state teacher shortage that often leaves schools without enough fully credentialed teachers. The shortage has been especially acute in hard-to-fill areas like special education, world languages, math and science, as well as English language development.

The state’s largest districts, many of which already conduct some online interviewing, quickly galvanized their human resources staff to convert appointments for in-person interviews to virtual ones. But smaller districts, like Konocti Unified, found themselves rushing to set up virtual recruitment programs with human resources staffs of only a few people.

Recruiting teachers to Konocti Unified, a district serving 6,700 students in rural Lake County, more than an hour north of Santa Rosa, is already difficult, said Superintendent Becky Salato. Because of that, about 60% of teachers who have been with the district five years or less have emergency-style permits, which means they haven’t completed teacher preparation programs or have received only partial training.

“We are dealing with generational poverty and those issues that accompany it,” Salato said. “There are a lot of health concerns in Lake County. It’s a challenging place. I think just being rural is challenging.”

To find enough teachers to fill the 20 to 30 positions that open annually, district administrators have traveled to job fairs across the country. In recent years they have focused on Montana, where teaching jobs are scarce, candidates are more accustomed to rural communities and are interested in the outdoor activities available in the area, said Assistant Superintendent Chris Schoeneman. The strategy has been effective, resulting in a mini-community of Montana natives teaching at the schools.

But restrictions on large gatherings have ended out-of-state trips to job fairs, making it imperative that recruiters reach out virtually to fill teacher positions.

The district interviewed 70 potential teachers through Google Hangouts during that event. It held a similar event on May 16 and plans another in June, said D’Andre Ball, director of certificated staffing for the district.

“I’m sort of old-fashioned,” Johnson said. “We want to be in the room with somebody and look them in the eye when we want to offer them a job. But this is the new reality.”

“We had a full calendar before we were forced to come off the road and hunker down,” Johnson said. “A lot of events we used to go to have converted to virtual events.”

The district’s human resources staff is now focused on training principals and other administrators to conduct video interviews and are getting the word out that the district is still interviewing and hiring teachers, including buying advertisements on Google and Facebook, Johnson said.

District staff have interviewed about 100 teacher candidates a week since schools closed on March 13 and are on track to fill all district teaching positions by the beginning of next school year, Johnson said.

San Diego Unified, which serves about 106,000 students, was more prepared than most districts to move to virtual recruiting. Budget cuts four years ago forced the district to eliminate travel for recruiters, forcing them to look for new ways to connect with teacher candidates who lived outside the state. The district has used video conferencing for recruitment and interviews ever since, said Acacia Thede, the district’s chief human resources officer.

“Sometimes good things come out of a tough situation,” Thede said of the decision to eliminate travel for recruiters. “We were so bummed in the last couple of years to have to back off of our nationwide recruitment. It caused us to be creative and thoughtful.”

Virtual recruitment has been particularly helpful for the district in recruiting military spouses who are moving to San Diego because their spouse has been stationed at one of the nearby bases.

This year, before anyone heard of Covid-19, the district began a pilot program that allows potential candidates to upload videos of themselves teaching a class when they apply for a job.

Virtual recruiting and interviewing look different from district to district but it often starts when a candidate applies on EdJoin, an online education job board. While on the site, applicants for Konocti Unified teaching jobs are prompted to start the online interview, which begins with a welcome from the superintendent. The candidate is then given a series of videotaped questions from district principals and other administrators, which they answer on video.

Justine Phipps, 23, went to EdJoin after all the teacher job fairs she had planned to attend were canceled because of the pandemic. She was quickly contacted by three districts, including Belmont-Redwood Shores Unified School District in San Mateo, the district she attended as a child.

Phipps said she prepared for the virtual interview with Belmont-Redwood Shores the same way she would for an in-person interview, putting on a nice outfit and preparing notes for the 30-minute interview with the school’s principal and two 5th-grade teachers.

“It was actually a very comfortable experience,” Phipps said. “It was very conversational and fun.”

Phipps said she barely had time to reflect on how well she did in the interview before the district called back with an offer. She will be teaching fifth grade at Cipriani Elementary School next school year.

The district had planned to host or attend a total of eight recruitment events this spring. They were all postponed or canceled, she said.

Last year Elk Grove Unified staff attended a virtual employment fair hosted by the California Center on Teaching Careers, a nonprofit run by the Tulare County Office of Education. The center usually has four virtual job fairs a year, although it is considering offering more now because of the need generated by the coronavirus pandemic.

Each job fair lasts two to three hours and allows job seekers to create an avatar that can visit virtual booths to live chat with school district representatives and gather information about districts. If they are interested in a school district the candidate can request a video conference.

Even without a video conference, school district representatives can view a candidate’s resume, their basic profile, credentials and letters of recommendation, as well as other required documents on the site. If they are interested in a candidate, they can request a private chat.

The service is free for job seekers, but employers pay a fee based on the size of the district and whether they are in California or outside the state.

The Tulare organization helped place over 1,400 teachers in California schools last year. About 200 school districts, charter school organizations and county offices of education have participated in the recruitment fairs since the organization started in 2016.

This year, the center’s services are even more in demand because of the pandemic, said Donna Glassman-Sommer, executive director of the center. The organization has been contacted by county offices of education, universities and school districts who are interested in their help to organize their own virtual recruitment fairs, including several from out of state.

“We are happy to offer a solution in a difficult time and having done this awhile we aren’t starting from scratch,” she said. “Our success is in really understanding what a district or county office of education can do to make an event successful.”