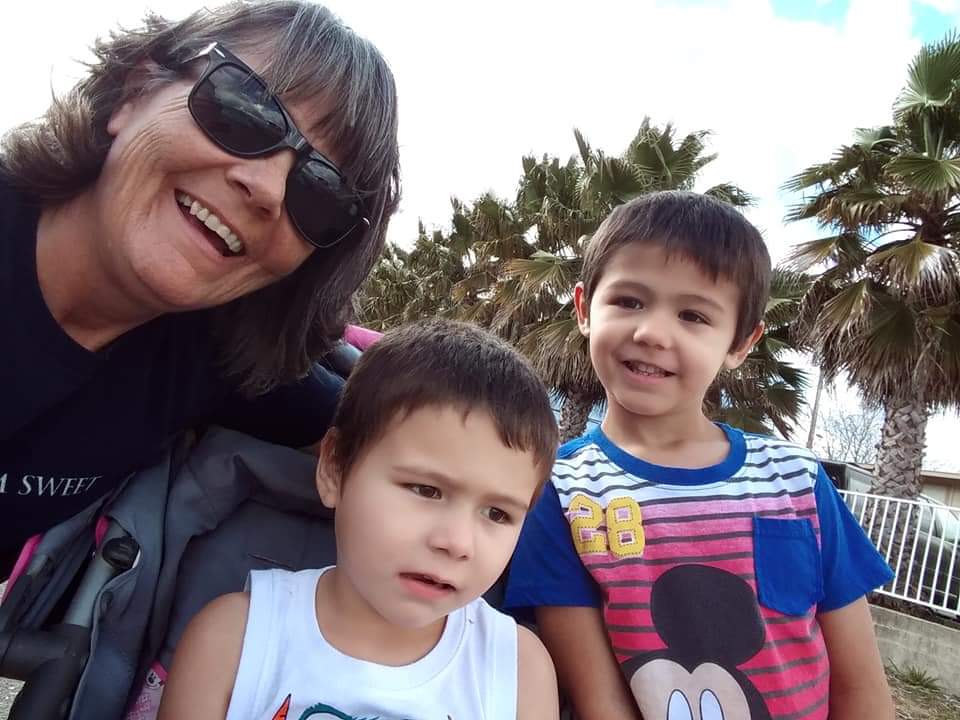 With no routine and limited access to services, students and their families feel stressed and overwhelmed.

Seeing his behavioral therapist used to be the best part of the day for Jesse, a 5-year-old in Lake County with moderate autism. Now it’s his worst.

For thousands of students like Jesse enrolled in special education in California, the school closures in response to the coronavirus pandemic have been especially burdensome. Accustomed to routines and close relationships with their teachers and therapists, students — and their families — are now trying to cope with a confusing, frustrating new reality — with no end in sight.

“He sees his therapist on Zoom and gets so mad he won’t talk to her,” said Jesse’s grandmother, Ann Hoeffer, who helps look after Jesse. “He has meltdowns. He gets very physical, because he’s frustrated. He scratches, he kicks, he screams. He just doesn’t understand, and you can’t explain it to him.”

For some students, the challenge is trying to follow online video classes. For others, it’s not seeing their speech or occupational therapists, their teachers or friends. For many students, the disruption in routine has been deeply upsetting and has led to behavior problems or a backslide in skills. The issues are compounded for students whose families don’t speak English or who lack the technology to go online.

Many schools are providing one-on-one video meetings with students enrolled in special education as well as their families, and taking other steps to try to compensate for the individualized services students received in school. But no matter what schools offer virtually, it will never replace the personal relationships students have with their teachers, therapists and aides, parents said.

“Parents being with their children 24-7 is stressful for anyone, but if your child needs care 24-7, it can be overwhelming,” said Juno Duenas, executive director of Support for Families of Children with Disabilities, a nonprofit that serves families in Northern California. “Parents and caregivers not only have to assume the role of teacher, they’re having to act as (aides), case managers, therapists and early interventionists.”

Duenas’ organization, as well as other groups aimed at parents of special education students, are offering hotlines, advice, online support groups, conference calls and individual check-ins to ensure families have what they need.

The No. 1 tip: Parents need to prioritize their own mental and physical health, Duenas said.

“We tell parents, it’s OK if you can’t do it all. Take care of yourself,” she said. “If you’re having trouble, call us. We can identify strategies to help. It may take time, but we will keep trying and we will do our best to find a way to make it work.”

Since California campuses closed in mid-March, parents of nearly 800,000 students in special education have been scrambling to adopt new routines and connect with teachers and therapists. Some school districts launched services immediately, while others are still working to roll out online learning systems.

For Hoeffer, the days have been frustrating and long. The retired cashier in rural Lakeport helps her daughter with Jesse and his brother Gabriel, who is 4, as well as four other siblings. Jesse and Gabriel are both non-verbal and have moderate autism. Gabriel also has epilepsy, severe attention deficit hyperactivity disorder and an eating disorder called pica, which is characterized by trying to eat non-food items, such as dirt.

Before the coronavirus pandemic, Jesse and Gabriel attended a Head Start program every day, where they received speech and occupational therapy. After school they met with a behavioral therapist who helped them develop social skills.

The boys loved school and were progressing well, Hoeffer said. They were learning to use forks and spoons, express their emotions appropriately and use the toilet on their own. Their teacher was working with them on identifying colors, numbers and letters of the alphabet. They even had a few friends, Hoeffer said.

But since their school closed, “most of that is out the window,” Hoeffer said.

“School was where they felt welcome and comfortable, where people helped them focus and learn. They had a structure,” she said. “Now we’re stuck at home. No park, no school, no social interactions. They don’t understand, and they’re mad. There’s a lot of meltdowns.”

Gabriel has started leaving the house on his own. Called elopement, the tendency is common among children with autism. Hoeffer said she’s found him in her car so often she now leaves the windows rolled down.

“He just wants his mom’s phone so he can watch videos all day,” she said. “He’s always mad.”

Hoeffer and her daughter bought markers, blocks and other items the boys were using at school, and are trying to maintain a routine. But it’s not easy, she said.

“Even with three adults in the house, it’s hard to keep them focused and entertained all day, because they know something’s not right,” she said. “To be honest, every night I cry and I cry and I cry. Because even though we’re doing our best, it’s not enough. And I worry about them.”

But there are occasional moments of joy. Every day Hoeffer takes her grandchildren for a walk on Lake County’s back roads, where they enjoy the spring wildflowers and wildlife. The boys like spotting rabbits, turkeys, goats, horses and ducks, feeling the soft green grass, picking up acorns and throwing rocks into Clear Lake. The hours fly by, she said.

“It’s the one thing they can enjoy. I don’t have to worry about them,” Hoeffer said. “They’re calm. They’re happy.”

In Sacramento, Wendy Quinn is looking after her daughter, Katherine, who has cerebral palsy and is enrolled in a post-high-school program in San Juan Unified. Unable to talk, walk or use her hands, Katherine relies on technological devices to help her communicate and do school work. The shift to online learning has left her somewhat adrift, Quinn said, because it’s difficult communicating with her teachers virtually.

It’s also been stressful for Quinn, who’s her daughter’s full-time caregiver, because now she gets very few breaks. Katherine requires help with nearly every function throughout the day. And she greatly misses her teachers and friends, some of whom she’s been close with since elementary school, Quinn said.

“We have good days and bad days,” Quinn said. “But we’ve reached a point where we have to accept it. At least we have a roof over our heads and food on the table. I feel blessed, really.”

In the Harbor City neighborhood in Los Angeles, Mayra Zamora has found that the only way to comfort her two middle-school-aged sons, both of whom have autism, is to drive them to the shuttered school campus just to look at it.

She reminds them of the fun they used to have, and shows them videos of their Little League games and music performances. Video calls with her extended family in Los Angeles and Mexico also help, but on the whole, it’s been tough going, said Zamora, who’s her children’s full-time caregiver.

Before the school closed, Jonathan, an 8th-grader, was in mainstream classrooms all day with an aide who helped him focus and manage his behavior, and was thriving. He was on the honor roll, played sports, performed with the school drum line and had plenty of friends. He was even elected student body president.

But now he’s struggling, Zamora said. He got his first D on a test, and fits of screaming, crying and kicking are increasingly common.

“We were already dealing with meltdowns, but then it exploded,” she said. “Every little thing set him off.”

His brother, Christopher, isn’t faring much better. The sixth-grader is falling behind in school because he gets flustered trying to follow online classes, especially when people talk fast or over each other.

“He finds the video classes overwhelming and he has meltdowns. Crying, screaming,” Zamora said. “The boys are used to having one-on-one aides. Now I’m the one-on-one aide for both of them. It’s OK but I’m not the best at it. They’re missing school. They talk about it all the time.”

Once upbeat about school, both boys now seem depressed, she said. “There’s a lot of sadness and despairing,” she said. “They ask, when will this be over? I have to say I don’t know. It’s very hard for them, because they don’t understand.”

A bright spot is the array of resources provided by Los Angeles Unified, she said. The lessons on KLCS, the local Public Broadcasting Service station, have been especially helpful, she said, and she and her older son enjoyed watching Ken Burns’ documentary, “The Civil War,” for his U.S. history class.

“I feel I’ve gotten to know my children more,” she said. “And I’m fine. I talk to my family a lot. I try to stay positive. It’s been extremely hard on the kids but I tell them this won’t last forever. We’ll be OK.”