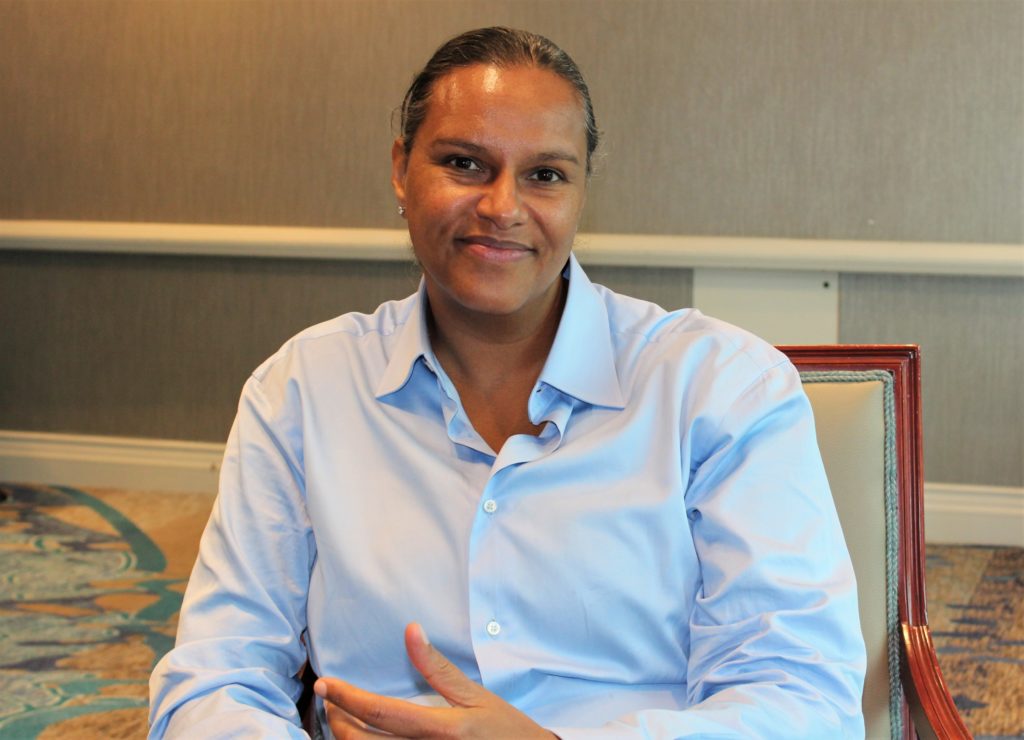 Calbright president resigns less than a year after taking the job of leading the state’s new online college.

Less than four months since opening its doors, the president of a new and often controversial California community college has resigned from her post, prompting faculty critics to once again question the college’s future.

Heather Hiles, president of Calbright College, the state’s new online community college, announced her resignation Monday. She will be on administrative leave through March 31 and not available for comment.

In a statement Monday emailed to The Chronicle of Higher Education, Hiles said she feels that with a business plan in place and a core staff hired, “the time is right to resume the professional work in which she was engaged prior to being recruited.” The business plan she referred to is the state-mandated milestone report that was sent to the Legislature in August, said college spokesman, Taylor Huckaby,  That report included details about recruiting students, developing courses and an accreditation plan.

The online community college’s board of trustees unanimously voted to accept her resignation on Monday.  Leadership of the college has been taken over by Calbright’s chief operating officer, Derek Gordon, and chief technology officer, Ari Bader-Natal. An interim chief executive officer would be selected until a new president and CEO is hired.

Hiles’ sudden departure revived previously stated concerns by community college faculty groups over the amount of money the college — and Hiles — have received to develop programs they view as already existing within the other 114 community colleges. The college receives about $20 million annually for operating costs.

The fully online, free community college opened in October and has since enrolled more than 300 students in one of three program pathways, all of which are self-paced and designed to be completed in under one year.

The college was seen as a bold initiative championed by former Gov. Jerry Brown to serve so-called stranded workers — older workers who need additional skills to advance in their careers without having to go back to college to get a degree. Brown envisioned the college as serving adult and underemployed populations of students who are working part-time or stuck in positions that don’t pay a living wage. The California Community College system identifies those students between the ages of 25 and 34. Despite that focus, any student can enroll in the college.

In a statement, Faculty Association of California Community Colleges President Debbie Klein and Executive Director Evan Hawkins said: “We wish Heather Hiles the best in her future endeavors … unfortunately, new leadership alone will not fix this inherently flawed use of state resources.”

The group, which represents more than 9,000 members and advocates for community college faculty, said there have been concerns since Calbright’s inception.

“We continue to question the value of Calbright. The college has already received $140 million of state funding while violating the Educational Code with duplication. Its per-student funding is in the hundreds of thousands of dollars as our other colleges receive the lowest per-student funding, and the college is now without leadership only months after opening its doors to students,” according to the statement.

The California Federation of Teachers, the union representing 30,000 community college employees, including faculty members, has been opposed to the online college since Brown first proposed it. Last year, the union threatened a lawsuit if the online college failed to immediately meet goals that had been outlined by the Legislature.

CFT President Jeff Freitas said the union had voiced its criticism about how much Hiles was paid, her previous professional position, the lack of transparency at Calbright and the direction Hiles was moving the college. Those criticisms included that Hiles’ starting $385,000 salary was more than that of statewide community colleges chancellor Eloy Ortiz Oakley at $311,928.

“Unfortunately, so much money has been spent for so few students that could have been used for the same targeted student community,” Freitas said, referring to Calbright’s focus on helping working adults achieve the certificates they need for better-paying, higher-skilled jobs. He said Calbright dollars would have been better used at existing community colleges with similar online programs.

Huckaby said it was Hiles’ decision to step down.

“Our board appreciates the leadership provided by Ms. Hiles during her tenure as Calbright’s chief executive officer,” said Tom Epstein, president of the college’s board of trustees, in a statement Monday. “She led the launch of the start-up college that has already enrolled hundreds of students. Systems are in place to expand operations over time to meet the college’s goal of providing flexible online job-based learning opportunities to help adult workers in California obtain the skills they need to advance their careers.”

Hiles, a former deputy director at the Bill & Melinda Gates Foundation and technology entrepreneur, was hired last February to lead the state’s new 115th community college. She was given a four-year contract with a base salary of $385,000 plus ongoing living adjustments in years two, three and four. Her contract also included yearly performance bonuses up to $10,000 in the first year that could have increased to as much as $40,000 in the fourth year. It also included a $10,000 annual vehicle allowance.

Huckaby said there is a separation agreement, but it has not yet been made public.

A representative from the California Community Colleges Chancellor’s office said they would not be commenting at this time on Hiles’ resignation. In September, Oakley, the statewide chancellor, said the new college should be given ample time to establish itself and get underway. Although he acknowledged mistakes had been made over the year, including Hiles’ push to grant a no-bid contract of up to $500,000 to an executive recruiter.

Calbright officials have said they will partner with employers and unions to offer apprenticeships to students in the three programs — information technology, medical coding and cybersecurity. Those apprenticeships were expected to be announced this spring. However, no agreements with companies or unions have yet been announced.

“We look forward to working closely with the public officials who entrusted us with oversight responsibility of Calbright to make the college a success,” Epstein said. “Calbright has the potential to be a powerful resource to help millions of low-income and disadvantaged Californians move up the economic ladder. We are determined to fulfill that goal.”